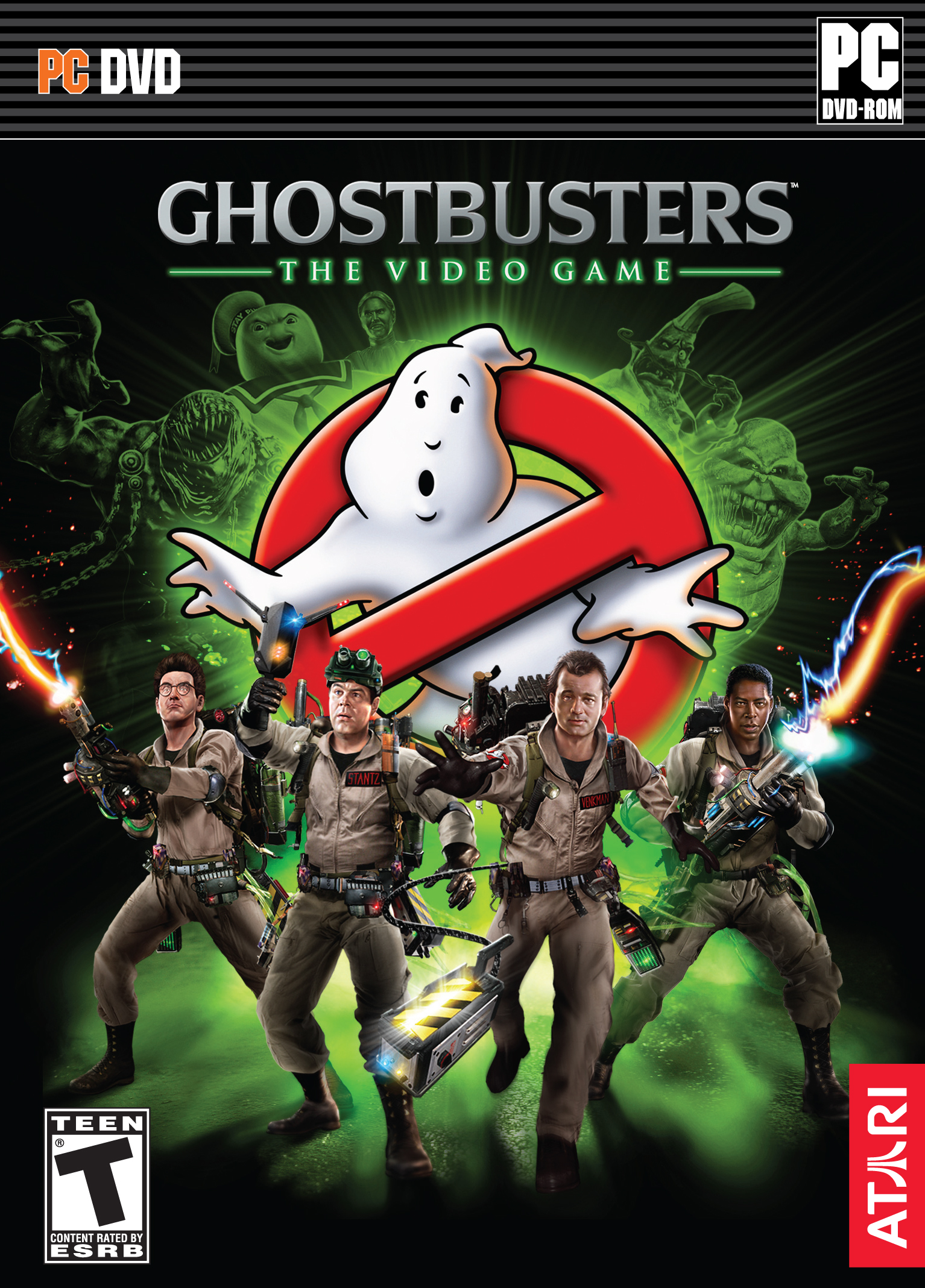 For thousands of years, people have tried various methods to combat the forces on unnatural evil with praying, rituals, exorcism, what have you. That is until the '80s arrived, with movies and games telling us there are other more exciting ways to fight evil rather than religion. The Evil Dead series and DOOM games showed us that we could shove a shotgun up some demon's mouth and let them taste metal pellets, while the Ghostbusters movies demonstrated that we could deal with supernaturals, the PG-13 way: WITH SCIENCE!!!

Oh, and since the original Ghostbusters movie was such a classic (You literally have to bribe me to even made me consider watching the sequel), I guess there's no need to review it. Awesome, after a year of reviewing movies, now I get to review a game! Its 2009 game, that is.

For years, most adaptational games of Ghostbusters were pretty lackluster until this one came along, just in time for the 25th anniversary of the original movie. The story's is basically that 2 years after Ghostbusters II, the team were training their new recruit (aka you), and then some dead old man wants to rule the world, the Ghostbusters goes to bust his ass, bla bla bla and so on. No, you're not playing this for the story (At least not for me). The main reason why you would be playing the game is basically hanging out with the original Ghostbusters cast for one last time, before Harold Ramis (God bless his soul) passed on to another plane of existence. And boy, do the original cast delivered in spades on that one.

In general, the dialogues between the Ghostbusters are pretty good, thanks in part of original cast Dan Aykroyd and Harold being in charge of the script. The characters we love and hate are still the same as we remembered them (In the original movie for me, at least). Peter Venkman's a jerk womanizer, Ray Stantz is adorable, Egon Spangler being serious, Winston Zeddemore being normal, Janine Melnitzi's sarcastic, and of course Walter Peck being the same ol' douchebag.

Unsurprisingly, the only stick in the mud amongst the cast is Bill Murray himself. Bill is pretty much uninterested in reprising his iconic role, and he seems to phone in his lines just for the lucrative paycheck, thus making Peter less of a jerk who cares for those around him, and more of an asshole who isn't nice to anyone other than his new love interest. I know Bill was really good at being deadpan, but here? He just sounds boring most of the time. 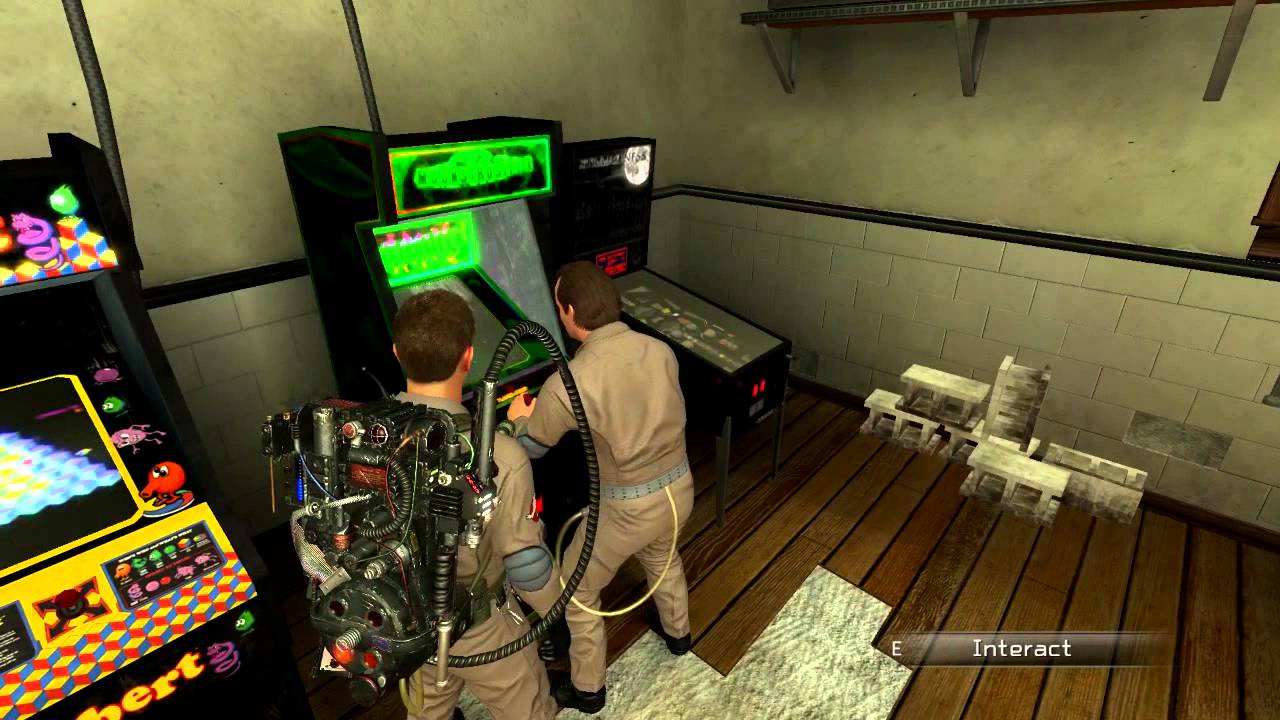 Would you mind not disturb me while I'm trying "hard" to get a paycheck, thank you?

The whole gameplay is a third-person shooter, but instead of killing ghosts (Well, not all the time), you use your Proton Stream to weaken them and capture them in a ghost trap. In addiion to the standard Proton Stream, your Proton Pack will have alternative firing modes, such as Shock Blast (Shotgun), Slime Blower, and Meson Collider (Kinda like the Desert Eagle). All of them have their own respectitive secondary firing modes too. The Capture Stream not only used to grab the weaken ghosts and slam them further so they could stop struggling, they also could be used to move around objects in the environment.

Like Dead Space, the game doesn't have a traditional HUD, and your health, weapon status, and enemy health (If you disable the crosshair) are all displayed as meter on the back of your Proton Pack. The P.K.E. Meter can also be used to scan supernatural beings, their residue, and certain ghostly collectables. Capturing ghost and utilizing the P.K.E. Meter will gain you cash to upgrade your Proton Pack and ghost trap. Of course, all the elements are pretty much useless if it isn't fun to play, because it is. Getting to busting ghost along with the original cast while hearing them banter along is great fun, even if the general gameplay are clunky.

The levels themselves are quite varied, for a standard metropolis city that is. You'll be busting some very familiar ghosts at familiar locations like the Sedgwick hotel, the streets, the public library, and so on. The game was fairly scary but with a hefty dose of comedy most of the time. There's a level later in the game where you return to the hotel that crank up the horror factor to eleven, but in general the game have the same lighter tone as the movie, as it should. 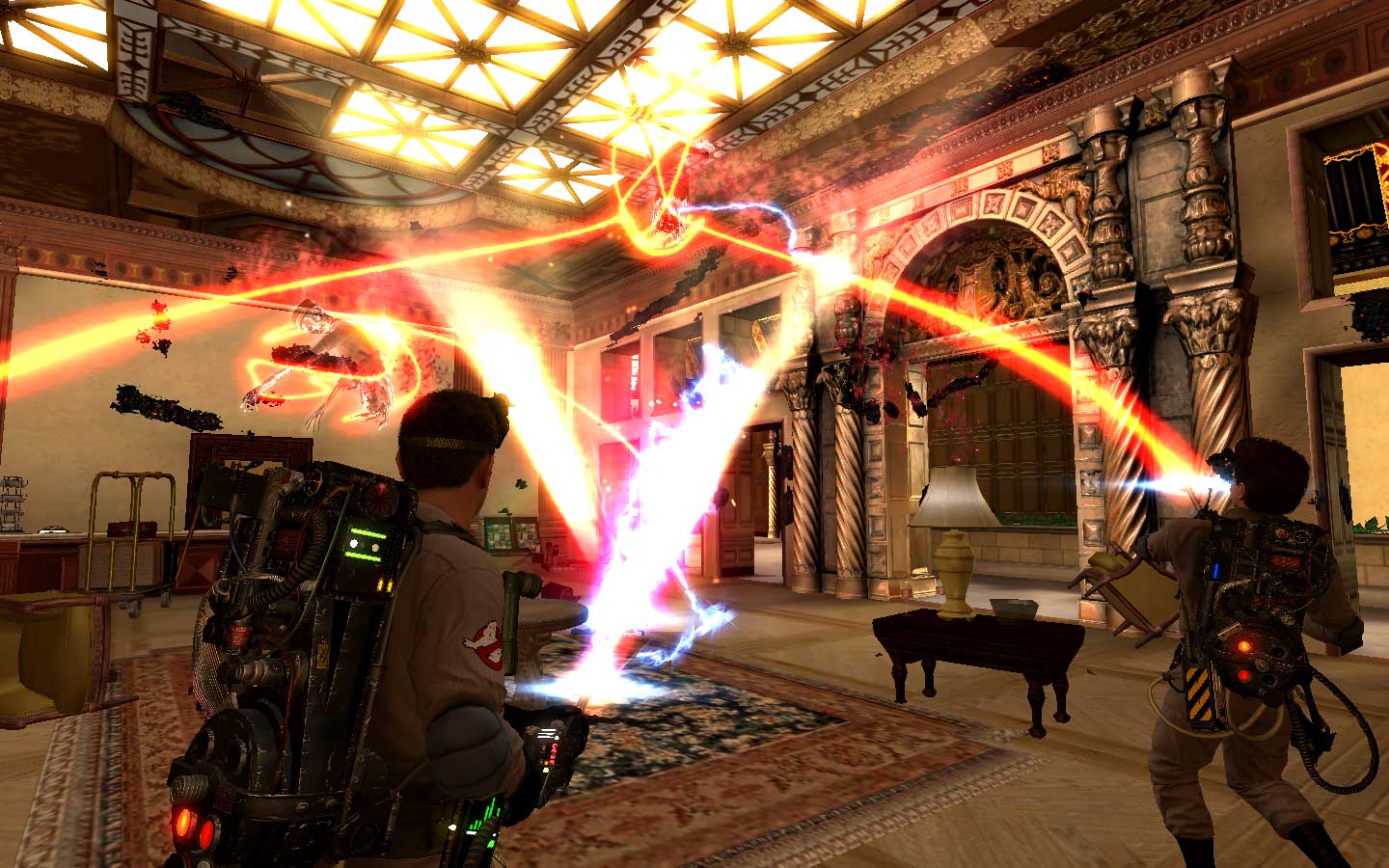 There are a few issues with the game itself. For starters, which some fans might not be OK with, is that you never get to fire the streams with all four of the crew most of the time. Technically, there are times when you and two or three other Ghostbusters fighting the ghosts while the remainder just sit around the car driving and operating the Super Slammer (A very big ghost trap), and all 5 of you are on feet during the last moments of the game, but for most of the time, you only get to join with your favourite cast, with at least one member out of the picture for the rest of the level.

Second, the PC version have some really horrendous mouse acceleration (Even worse than Dead Space), making moving your character around and aiming like a tank. Sure, we could simply justify it as the Ghostbusters are just regular Joes that happens to have jobs that involves busting ghost instead of highly-trained militia professionals, but the acceleration was just so bad, that playing harder difficulties at later levels a pain in the ass.

Thirdly, the game is very short. You could clear the whole game within less than six hours, and add another hour or two if you're attempting a 100% complete walkthrough. Last but not least? The PC version have no multiplayer, and shamefully no co-op on any version. I haven't played the console (PS3, X360 & Wii) version, but I heard it's fun.

In conclusion, the game is simply a very good love letter game for the fans. It's a short game, but it have loads of fanservice material for fans and general gamers to enjoy. It's pretty cheap too on Steam, with a tenner as regular price. So anyone looking for a good Ghostbusters game could just give it a shot, or wait for a discount if you're not convinced. As for the console version? Good luck finding them. Excuse me, ma'am, but do you have a minute to talk about JESUS and SCIENCE???