Of DESIRE, Luv, and New Steam Releases YOU (yes, YOU!) may want RIGHT NOW!

Today is a pretty big day for the gaming world! A title very dear to me released on Steam today... but for most, this tremendous contribution will go largely unnoticed. Hence why I'm here! Because while it hasn't impacted many out there, for those this work has impacted, I guarantee that the impact it has made on them has probably been enormous - at the least memorable. And maybe it can be memorable for you too.

Well, probably. If you watched the anime and only that, then you done fucked up.

That's right - the visual novel series Umineko no Naku Koro ni has made its debut on Steam as of a couple of hours ago. 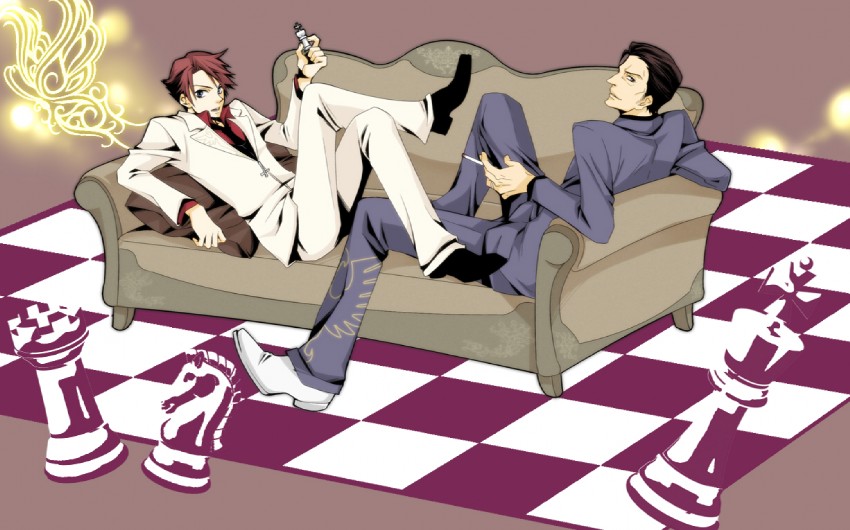 There is no gameplay in Umineko, like you might expect to find in Danganronpa, Zero Escape, or Phoenix Wright. There aren't even any choices to make, like in dating sim (or dating sim-like) titles like Fate Stay/Night. There is just proceeding, saving, loading, and more proceeding. It is, in the most literal sense, a visual novel.

You might be wondering, then: Why should you, a gamer, play/read/consume/partake in Umineko on your gaming device rather than spend your time with a game?

The story is, obviously, awesome. What do you think of when you hear "visual novel"? Dating sims and junk, right? Even Umineko's predecessor still starts out with a high school student transferring to a new town and meeting a bunch of cute girls. Surely Umineko isn't that far off!

Let's just talk some cliches. High school setting, cute girls, harems, superpowers, that kind of thing, that's gotta be what you're in for here, yeah? Nope! Forget all that! Instead, Umineko traps its rebellious protagonist and his relatives on an island in the middle of a storm, with no way out. The story, you see, is a mystery. Murders, suspense, drama, the whole deal. Worse still, all of the relatives are after his dying grandfather's inheritance, his little cousin is cooky, and the one hot maid is hot for his other cousin. No harem for you, buster! Also it's the '80s. And there might be some crazy satanic stuff going on!? And there's no porn or harem or any of that?! Say it ain't so!

Okay, well, there are cute girls, but for every young character, you've got at least one parent (all but one actually has two present, shockingly!), and every single one of these parents is a character that is thoroughly fleshed out and explored. Want some drama and interaction involving adult characters for a change? While Umineko's protagonist is still a 19-year-old, this might be one big draw for you. The adults in this series are awesome. Now you too can enjoy the phrase "adult drama" with an anime type thing and not have it mean anything sexual! Aren't you lucky? 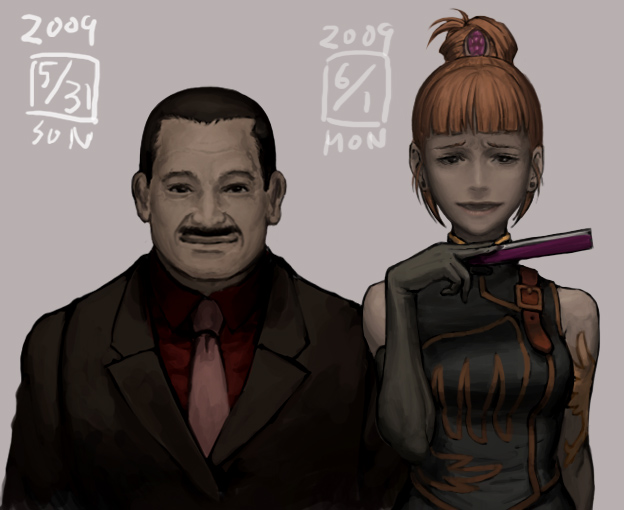 Best couple, your arguments are as invalid as Hideyoshi is fat.

The soundtrack is also out of this world. The complete soundtrack alone will probably take you most of a day to get through if you tried to listen to it all at once, and it seriously is a fantastic collection of tracks. It's to the point that all of the When They Cry titles, including 7th Expansion's earlier Higurashi series, are actually classified uniquely as "sound novels" rather than "visual novels" for their usage of music and sound effects to set the mood and draw you in.

I really don't think I can do this soundtrack justice, quite honestly, so why not pick some things from this playlist of nearly 200 songs and judge for yourself?

Even with all of this, you still might be thinking how you really just don't want to read. Who wants to do that? Games have story that don't need you to do that kind of crap!

Well, honestly, I can't help you there. While it honestly really does depress me that people don't like to read anymore, not even just because of this, what can I say to that? Read a book, it's good for you? It is, but who would listen to that in this day and age of brainwashed dunderheads? See, no one probably even realized I just insulted them because no one reads anymore! This is an epidemic!

Okay, but seriously? Here's how I see it:

In gaming terms, with a good visual novel, as a game, you're getting 100% content. There is no grinding, there are no pointless side quests (well, usually), there's no backtracking (and most offer skip already read text when you're doing multiple routes), it is just you and the "game." If you don't consider a VN a game, that's cool, but in this respect, I feel like VNs have almost every other genre of game beat completely. If you go in wanting that kind of "gameplay," then you will get a constant supply from beginning to end.

Now, although Umineko doesn't have any choices in the game, there are some "choices" you can make if you're interested in it. The title's got three different art styles for you to pick from, though one is being patched in by fans though, so for now it's only two. What's more, once that patch is done (unless the new release has those in?), you can decide whether or not you want it voiced. I went without, but hey, to each their own.

Still not enough? Well, if this doesn't catch your eye, though, there is... another...

It starts out cheesy, but at least get about a minute in if you really need more than Ol' Zetty's word on this one. It may sound cocky at times, but in the English community, as far as I'm aware the comments about how regarded it is (seen in the trailer) are generally warranted rather than just your usual trailer hype. And since the trailer went and really made it clear, I can finally say after trying to be subtle all this time that I get the feeling Torch, at least, will dig MuvLuv if/when he gets to it. Who knows?

Honestly, MuvLuv is a game that will probably take off like Steins;Gate once people start getting their hands on it. Unfortunately, since Alternative (the end of the trilogy) isn't releasing with the first two parts since it's so huge compared to them, as well as technically a separate game, it may take a bit for the whole "word of mouth" effect to kick into gear - the lack of an anime adaptation probably doesn't help, but we'll see.

Oh, and as an extra bonus, I recently learned the MuvLuv team is planning on putting out leftover Kickstarter stuff for sale once everything has shipped - this may include, among other things, physical Vita copies of the game for non-backers! Keep an eye out for that one.

Umineko's first half (the first four games out of eight) is out on Steam right now, it came out today and I cannot express in words how elated I am that after all these years there is an official English release of this series here and available for me to purchase. MuvLuv's first and second games drop in four days together as a single purchase, but you can preorder it now and get some wallpapers and a discount. Umineko is also on sale too.

Now what are you waiting for? Get to it!

As a side-note, hi everybody! ... And bye everybody!

No, but seriously, y'all are awesome. I can't say that enough, and I want to say it individually even. I'd even blog about that, but then I'd get into a loop of blogging again and, well, that'd defeat me ditching this popsicle stand to work on my own stuff, so... yeah. To be honest, this is really my selfish way of pimping these out and avoiding that topic when you get down to it. I'm gonna ninja on out of here once this is done, but Umineko and MuvLuv probably won't get any coverage here, so I want to throw my hat out to them so someone says something at least. Shame me if you must.

Still, it's stuff like these two games that make me really want to buckle down and get my head in the game in the first place. I want to do something that in turn will, for someone else, maybe do what some of the things I've enjoyed have done for me. Even if it's just a couple of people. That takes time, though. And just this blog, looking up the couple of pictures I used that felt "just right," and so on, that was a couple of hours, y'know? Not hours I regret, mind, but hours spent all the same. Maybe I'm getting too sensitive about that kind of thing, but it is what it is.

So I'm off again, not even really lurking as much as I thought I'd be, but I'm here in spirit! You guys are awesome, I hope you continue to be awesome, and thank you for having me be a part of you for when I was and when I return. Love > Hate and all, especially these days.

If any of you do decide to pick either of these up on my suggestion, I really, really hope you enjoy them. Until we meet again, take care of yourselves, folks!