So Legend of Zelda games have a long and storied history of adventure gaming, puzzle solving and princess rescuing. But a series can get stale after a while and bold new decisions might need to be taken to bring it into the next generation. And that‘s 228-symbols or so that you see on the front page preview, so gets into the meat of the article. 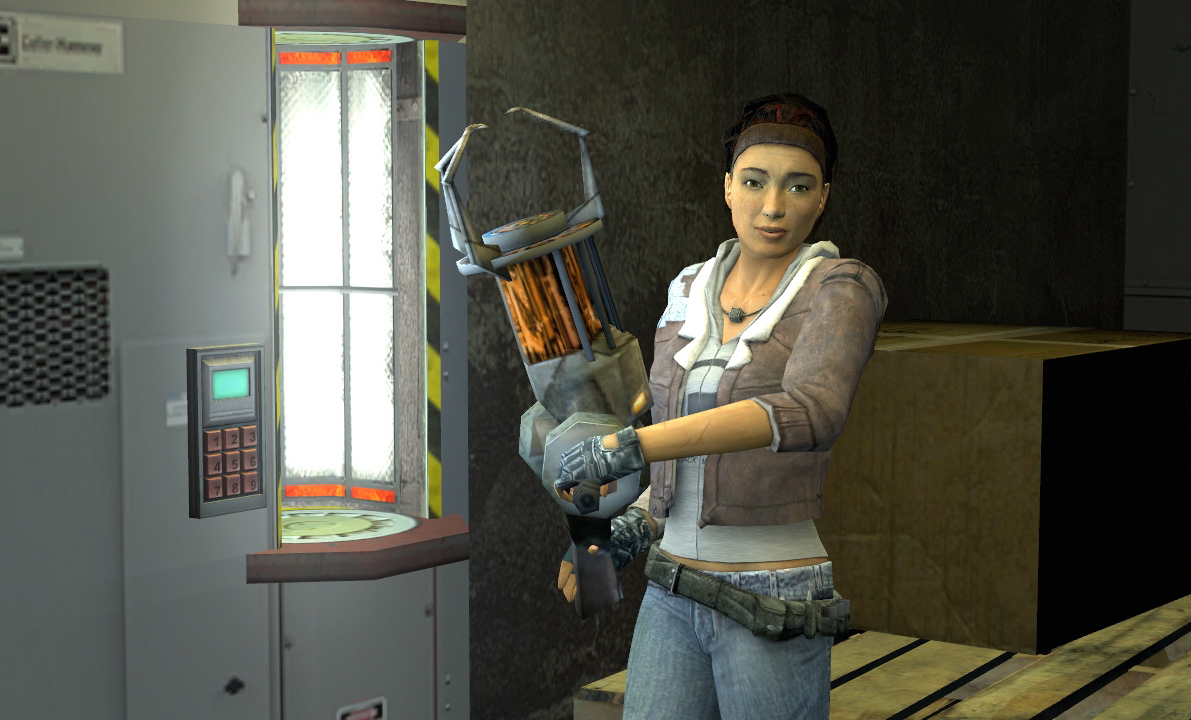 Wouldn‘t all of the puzzles and rupee gathering and railway management be easier if you could just lug heavy items around with zero effort and even less responsibility? Yes, yes it would. With the gravity gun, you can smash money-filled over the heads of the peasants that owned them. That‘s what they get for staying in Medieval Stasis and not advancing their civilization to industrial revolution or something! Idiots!

Red wunz go fastah. And come in three varieties depending on how fast you need to go/how much shit you want to push in.

Tribes is a series of fast-paced FPS games about a future where self-repairing power armor that can fly and slide at breakneck speeds is considered low-grade technological trash that is used by savages of the galactic boondocks. So I guess it matches Legend of Zelda well in both subject matter and tone. And the abilities of the power armor would do wonders in both combat and puzzle solving. I think platforming is much better when you can skip a lot of it with your generously-fueled jetpack. Plus, sliding at 300km/h never gets old. Imagine how pimping Link would look tearing it through Hyrule forest in green power armor with the triforce proudly emblazoned on his chest. 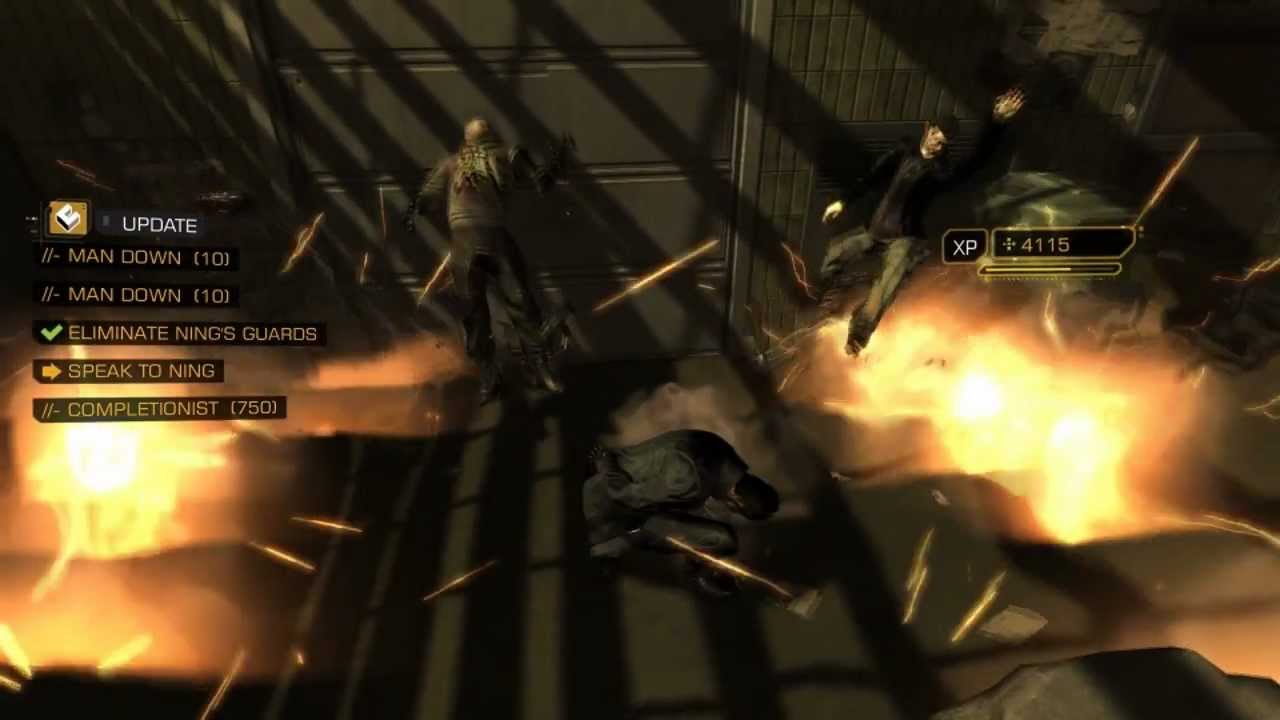 A cyberpunk FPS that hates violence so much, there are no good screenshots of Typhoon Explosives System in action

Deus Ex: Human Revolution was saddled by a needless morality system born out of a decade of fan wanking over the original Deus Ex's permisability for non-lethal tactics. This resulted in a game full of weapons, weapon upgrades and implants designed for fun lethal combat that the game would actively penalize you for using with both whining characters and 50% reduction in XP (in comparison to super stealthy Jesus route). Legend of Zelda has no morality system and a lot of enemies that want to close in to melee range. THAT'S WHEN YOU HIT THEM WITH YOUR DIRECTIONAL MICRO BOMBS. Any Darknut that isn't instantly vaporized will be showered in the guts of his friends and need PTSD counceling. Link asked for this.

Chainfist is so violent that you can't post footage of it in use on the internet. Not even on LiveLeaks.

A power fist is a Warhammer 40.000 weapon that "is a large metal gauntlet surrounded by an energy field that disrupts solid matter." Soldiers need additional cybernetics just to lift this tank-smashing badboy. So of course some (probably drunk) Techmarines decided to improve it by welding a chainsword to it, supposedly for cutting through bulkheads. And by the Omnisiaf, those mad super human bastards did it! A few whacks with this baby would solve the Ganondorf question permanently. Whoosh! Dynamic entry in Tribes armor followed by a horizontal swipe that separates Ganondorf from his lower half in a burst of power-field coated chainblades and hot blood. That's how you kill the alien, burn the heretic, purge the Gerudo! Link's friend Mario could then borrow it to finally find out what Bowser hides under all that armored shell. 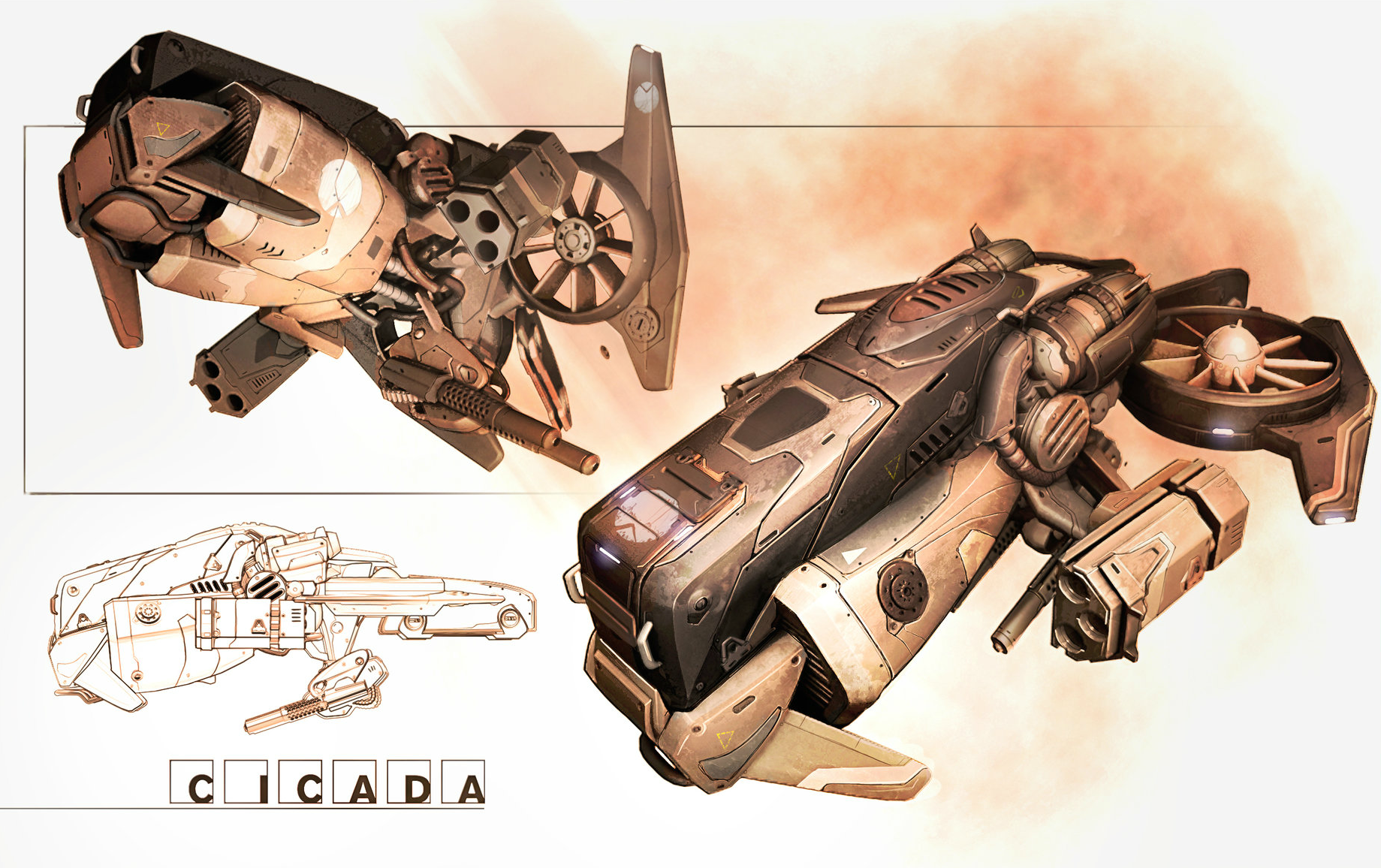 Unlike its namesake bug, it's not an ugly useless POS

I would always choose an Mi-24 as my choice of gunship (as well as gender and spirit animal), but it's a God-damn piece of art, not a mere item. However, the disposable nature of Unreal Tournament vehicles makes them kind-of items. And there's no better flying vehicle than the Cicada. It can fire single missiles or it can load them up for a massive barrage. Who needs to play music to attract the wind when you're flying around in this pimp cruiser of the sky? Not to mention that any landbound enemy will be erased by a missile massacre that would immediately spawn Macross' lawyers. There's also a position for copilot for when Zelda decides to not be useless anymore, or when the combined amount of Rule 34 content makes Midna a romanceable character. 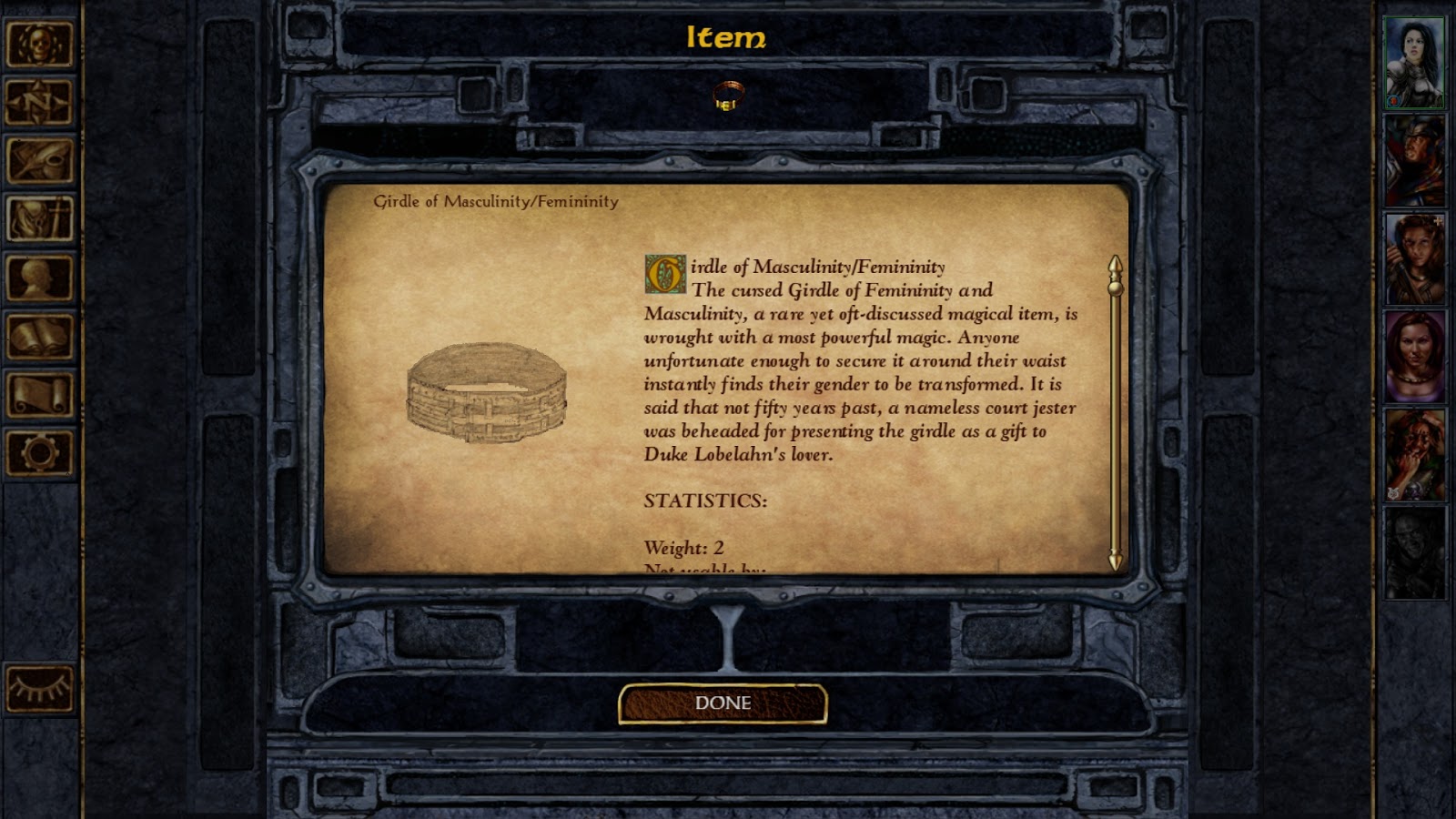 Unfortuntely most illustration of the belt focus on the effects, are NSFW and drawn by idiots one-handed.

Want to pay homage to role-playing games that predate your childish electronic distractions by years? Want a gender option in Legend of Zelda? There, you have it. Slap this baby on and Link is now a female mute Peter Pan-impersonating cleptomaniac. That's literally all the character development you need to meaningfully Rule 63 the protagonist of the series. Hell, slap one on Zelda and an another on Ganondorf to turn it into a more proactive version of that one dream game about two girls fighting over a loser PC. Girdles for everyone! 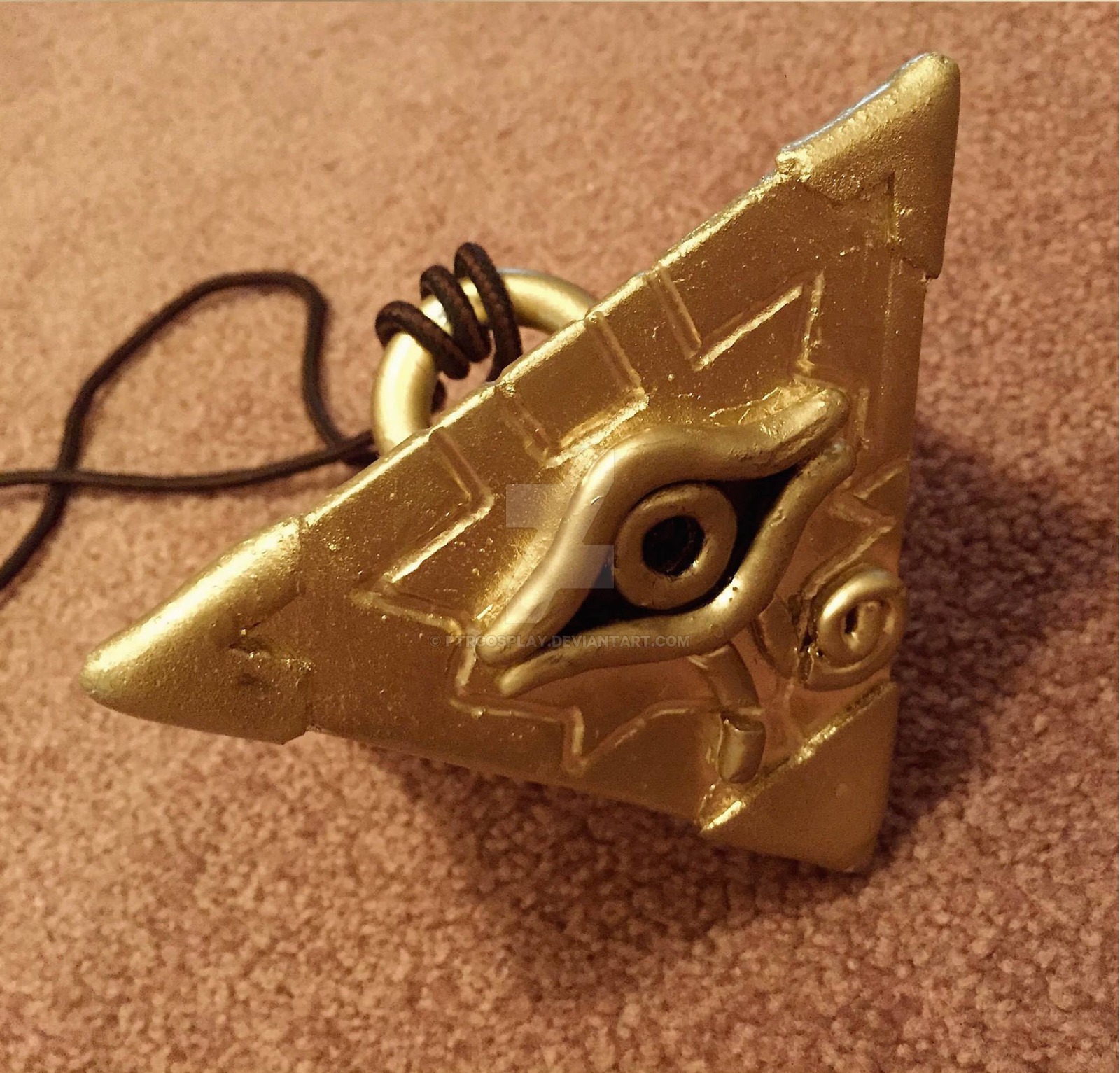 Link looks like the type of person who would eventually have to deal with shadow realms AND mind-crush a gay clown. 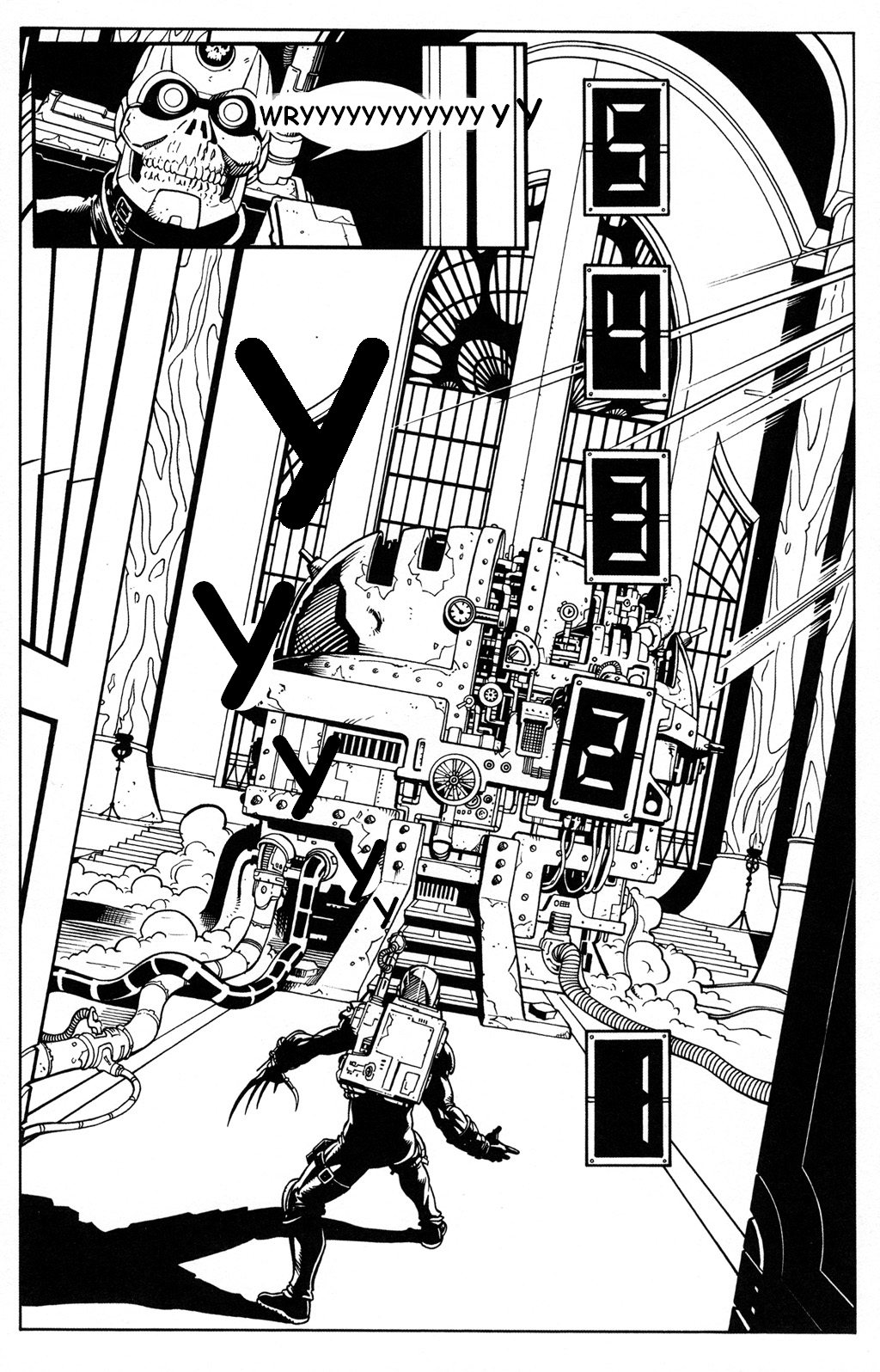 Constant frenzon users tend go out with a bang

A combat drug with very few downsides and chem injectors that look freaking sweet. You might not be shiny and chrome, but you can go WRYYYYYYYYYYYYYYYYYYYYY! I feel like the ability to paint the room red before bursting through the wall would really help in saving Hyrule from whatever the fuck eldricht horror is threatening to eat it this time. The only way to stop crazed mask wearing dudes about to colony/moon drop the world is to outcrazy them and smush their heads in the grip of your chainfist.

Didn't think I'd get to use this image twice 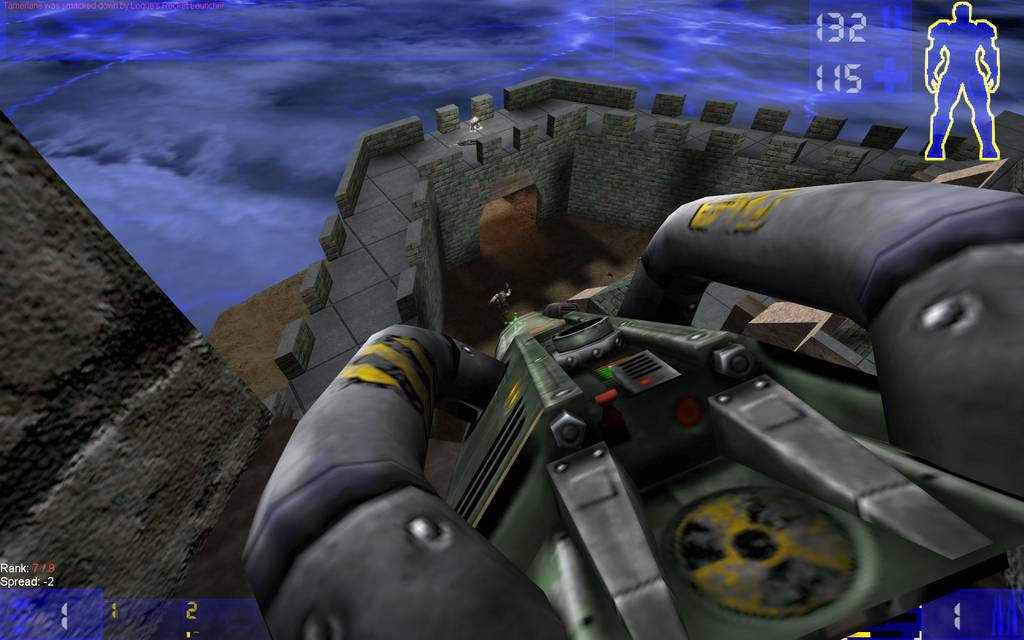 Technically man-portable and lawfully not a WMD

Sometimes, you need to reach out and touch someone with TV-guided ridiculously explosive missile. Redeemer is what all rocket launchers want to be when they grow up. It can probably one-shot any annoying enemy that can't be dealt with by armor-sliding at 300km/h and jamming a power-field wreathed chainsword in someone's guts while frothing in a drug-fueled frendzy and also managing your harem of catgirls. The Redeemer is like MGS' Nikita but 1) actually cool 2) has a name that's more metal 3) there's no such thing as overkill.

So that's my short list of reasonable additions that would make the series more accessible to mainstream audiences and bring it more inline with the tastes of such important people like me. Get Tomonobu Itagaki on this, pronto. I've seen the Devil's Third LP, I know he's insane qualified enough!