System Shock Reboot | I Am Hype

Yes, I am so hyped about the upcoming reboot, I'm dropping letters from words. And I'm not the hype-getting kind. I simply have been writing about videogames for far too long to have such things as "hopes" and "expectations". The only thing left for me is the ceaseless repetition of the Gamer's Prayer ("Please don't suck" repeated non-stop while the game boots up). But the System Shock Remake/Reboot gameplay video has left me in high spirits, or at least in above-ground-level spirits. Because System Shock is awesome, and we're getting it repackaged in a great box. 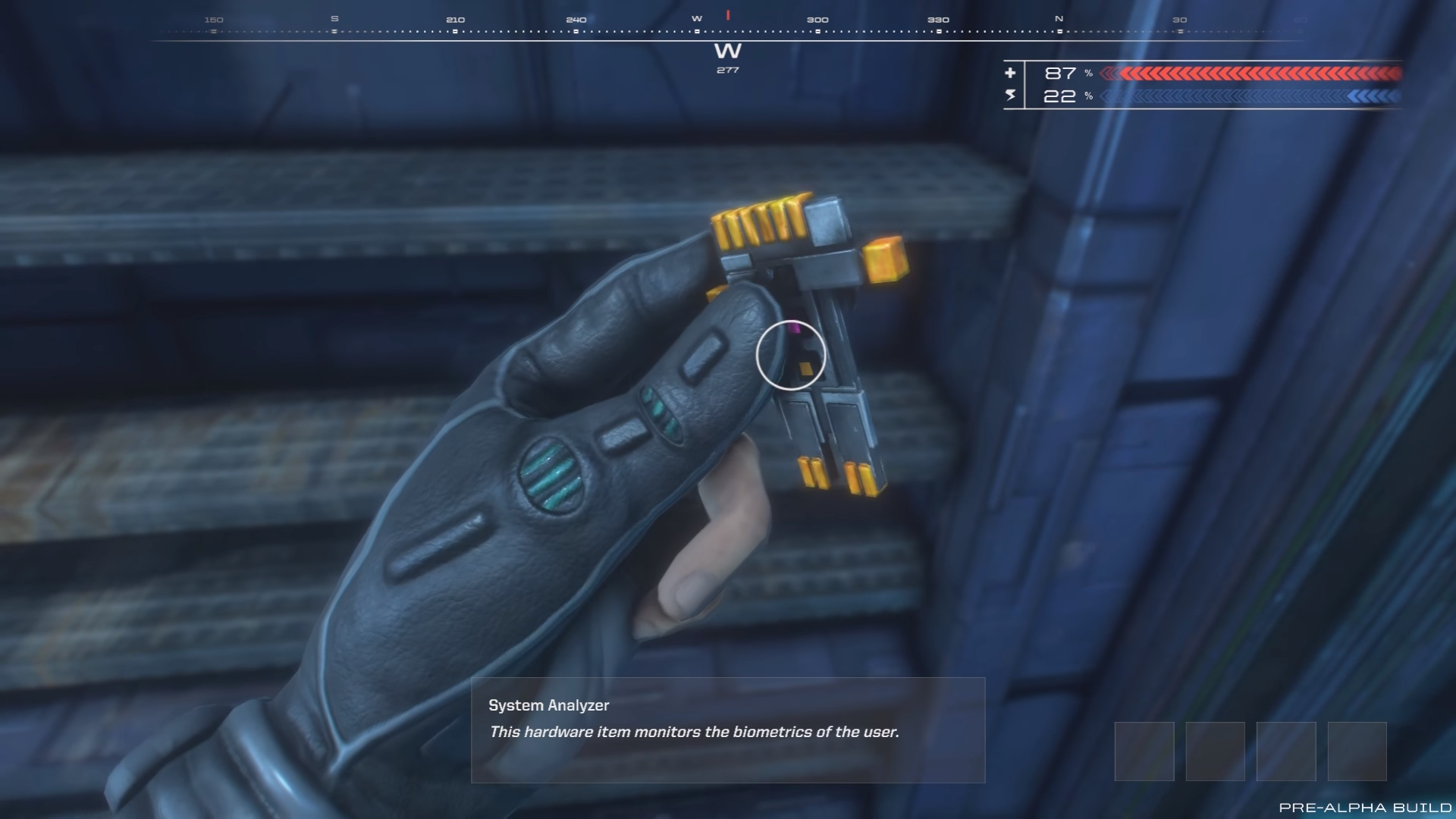 Let me just jam this into my brain and we're good to go!

I have only ever played five minutes of the original game. I was too young, too bereft of a computer to play it when it came out in 1994, and getting it to run on DOSBox isn't that easy. The graphics and the control scheme don't help, either - and I consider myself to be largely immune to visual-chasing fads. Having grown up with a string of second-rate PCs will do that to you. But it was a great game! You play as a Hacker who finally gets caught on a job, jammed full of cybertech and sent to the Citadel mining station just off Saturn. When he wakes up from his healing criosleep, he finds that the place had gone to shit. And instead of curling up in a corner to cry and pee himself, he faces down hordes of mutants and killer robots to stick it to Shodan, the crazy station AI. It's Shakesperian kind of story, you see.

So while I haven't played the original System Shock much (only long enough to maybe kill a robot sprite or two), I have read about it! Blame it on the Home of the Underdogs (RIP). The game had great ideas, and players had crazy theories (one of which posits that the Hacker had ground hugging tentacles instead of arms - he has great reach, but not when there's a chasm in the way). Two things stuck with me. First, our Plug-and-Play cyborg protagonist had the ability to install various cybernetic modules which had several levels of upgrades. One of them is a back-facing camera, essentially giving him eyes on the back of the head. However, it's not a perfect camera, and the upgrades up its FPS. I mean, letting a mutant sneak upon you because you neglected to upgrade your camera above Game Boy Camera level is just sloppy! And I loved the idea, because abilty upgrades are usually quite boring in games, being either straight up stat increases, or overpowered bullshit (hello, Deus Ex: Invisible War and the "now you can heal by consuming living creatures" implant upgrade). I do hope we'll see some interesting twists on the topic in the reboot! 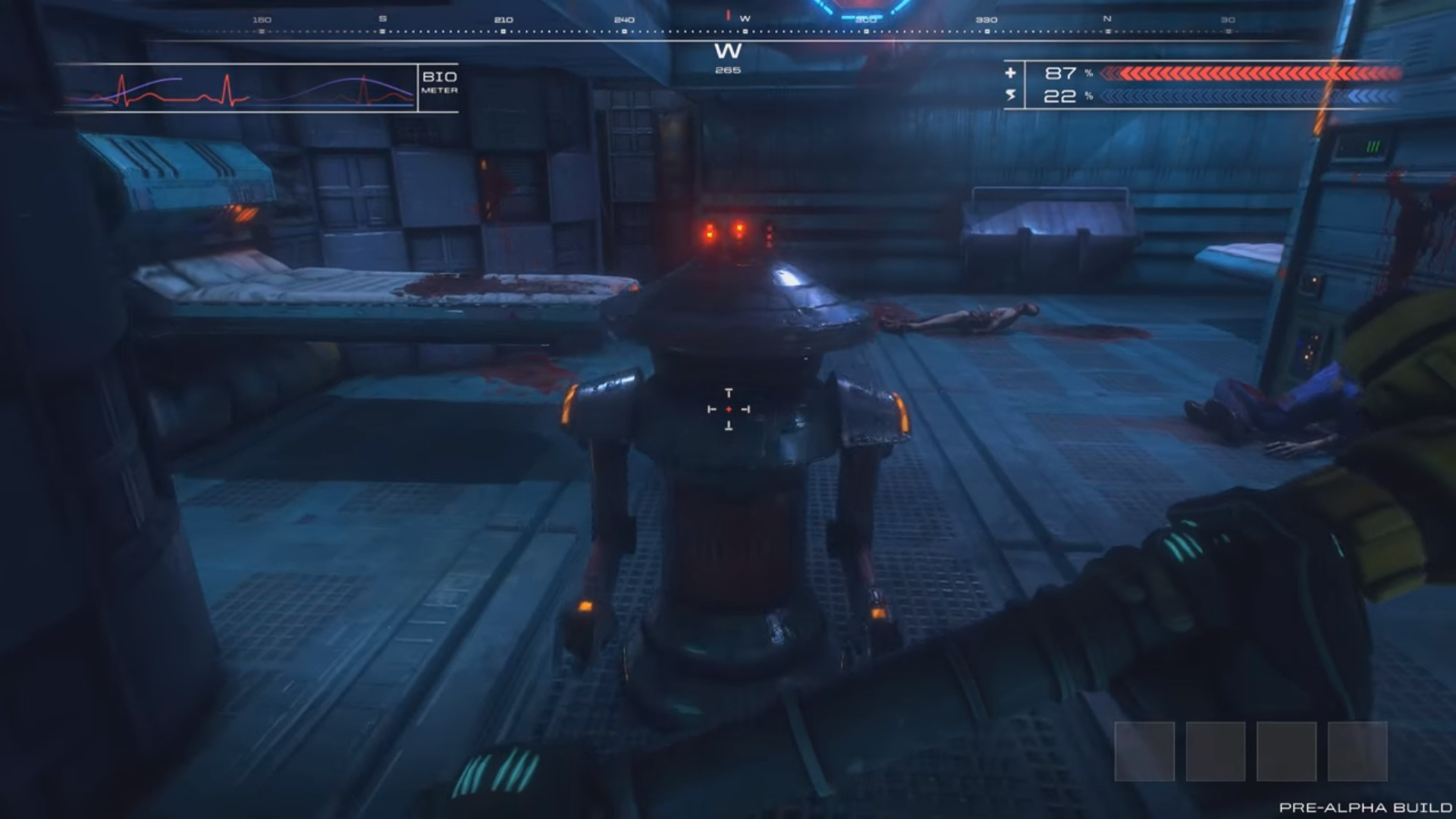 Future Roomba is about to interface with a pipe

The second thing that struck me is grenade fuckery. Apparently, System Shock had a wide variety of smart grenades that had several modes of use. Timed, proximity fuses - the (demolition) works, which lead to various interesting trap designs, because gamers were always the creative sort. And reading about mined elevators and grenade trap combos was really cool. You know what would be even better? Doing it all by yourself while enjoying crisp modern visuals and sounds. Yeah!

That is exactly what reboot delivers, or at least seems to be delivering if the gameplay video is anything to go by. The game looks great. It's colorful and bright in a way that reminds me of AA games (Hard Reset is a not a AAA title) a little, but it also has some of that Blood Dragon spice. In any case, it has some great visual appeal and I love all the blinking lights and laser blasts. Technology has been reimagined along the 1994 lines, too - none of the implants the Hacker finds in the demo look like they come from the year 2016. In a way, the Hacker feels like a shining, walking desktop tower - just yank out the obsolete bits and insert the new! And the hand animations are a nice touch, too. 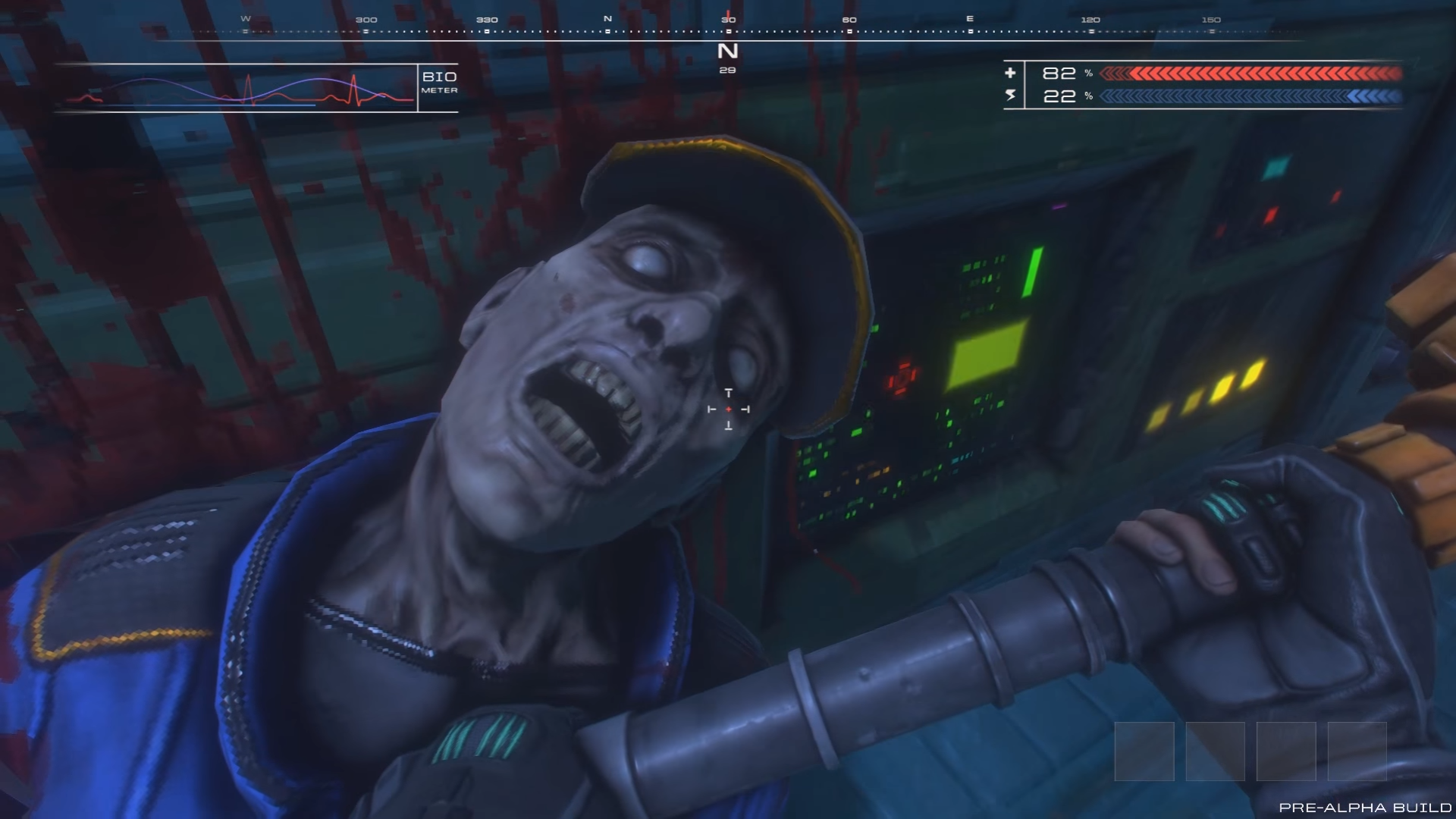 And here we see a person who has read some of your posts.

Finally, I'll be able to experience the story of SHODAN in a modern, comfortable fashion. Go in gunz blazing and wrench a-swinging, collecting implants and swapping them willy-nilly. More games should get this treatment (with some modernisation, of course), especially those that have a great story or unique gameplay. Hardwar HD, anyone?