With Battlefield 1 on the way, it got me thinking about the first time I played a Battlefield game, for me it was the first Bad Company, it had humor, explosions and lots of destruction. So DICE, I know you're not reading, but please bring back Bad Company. 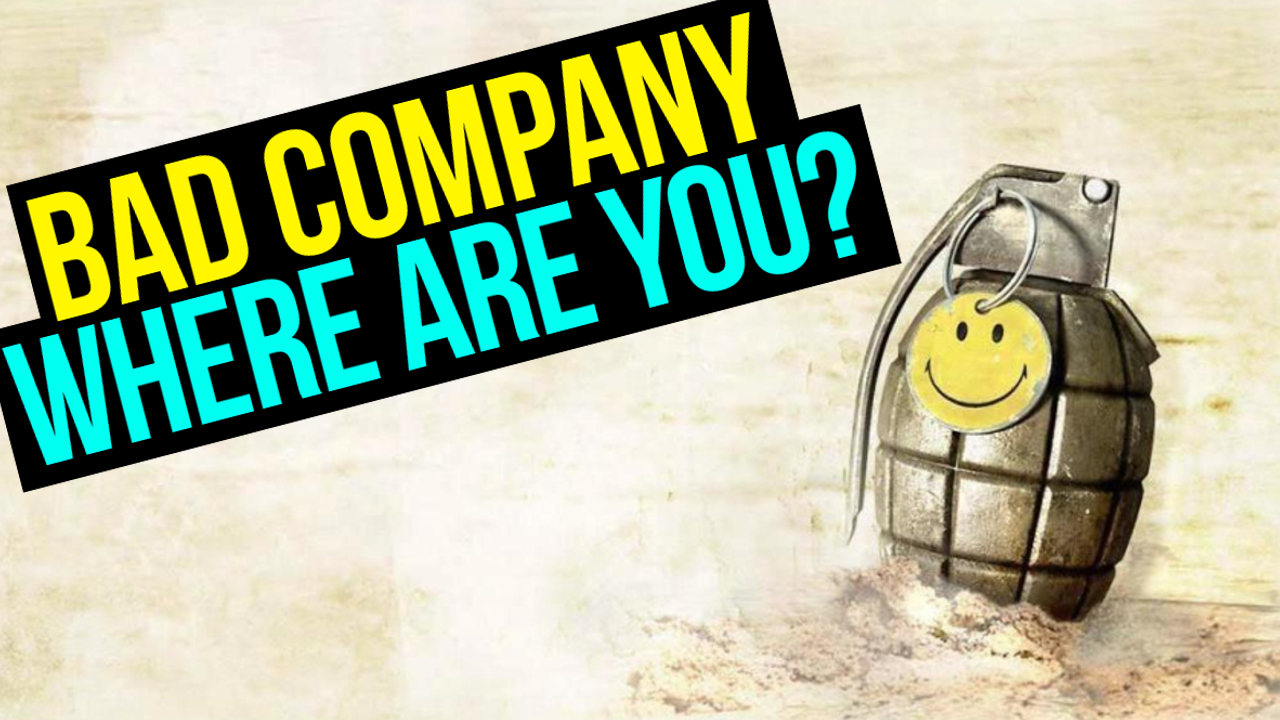 As I mentioned, I was first introduced to Battlefield back in 2008, with Bad Company, I didn't know much about the game, back then, when I was young, I just bought any game that caught my attention, and the smiley face pin on the grenade seemed interesting. I had no idea what Battlefield or DICE were, but something in my gut knew it was going to be good.

In Bad Company we play as Marlowe, a guy who gets transferred to a new squad, why? Well he was flying a chopper when he had a minor accident and ended up scracthing one of the general's limo. This new fireteam, named Bad Company, isn't quite what you'd expect from a military shooter, they never seem to take things seriously, and thankfully, this is what makes this game different.

The cast of characters interact in ways not many other games do, they bully each other, tell stories about their past and always seem to have snarky comments on what's going on. DICE went even further with Bad Company 2, better chemistry and more sarcasm. I'm not lying but sometimes I would just idle at the checkpoint just to see how these guys bother each other, it's hilarious. 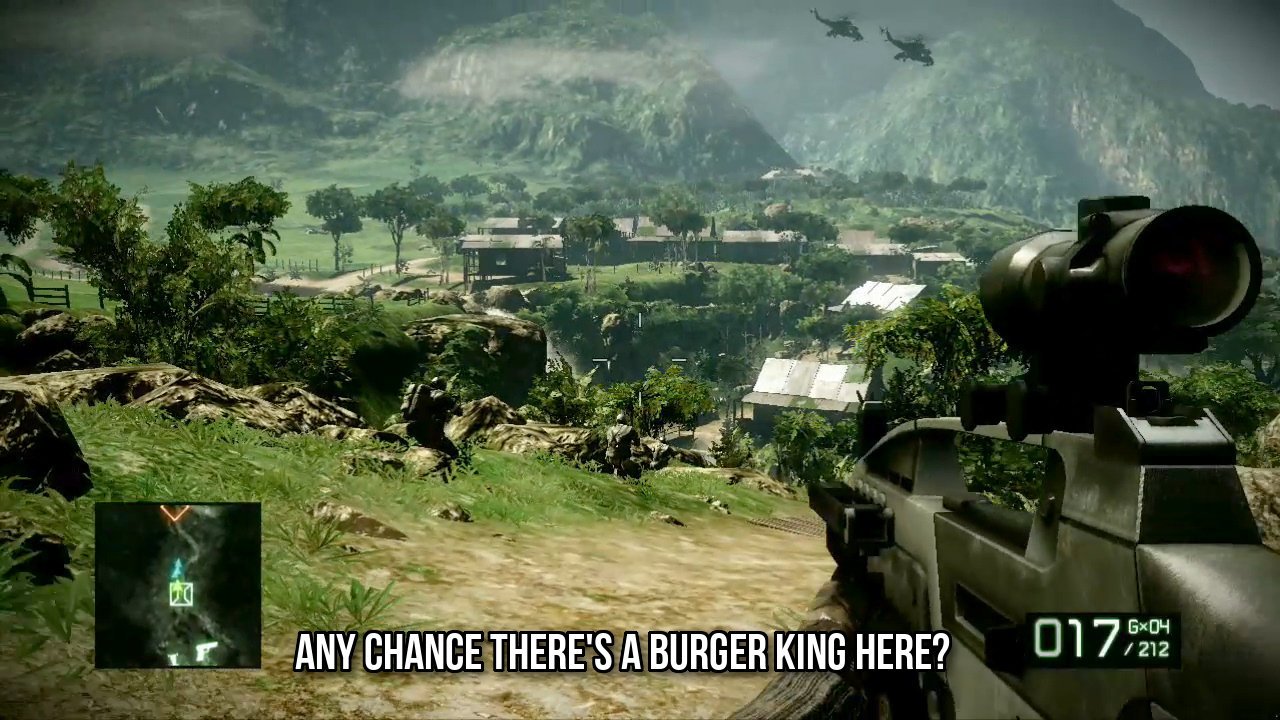 DICE decided to ditch this comraderie for Battlefield 3 and 4, where we play as generic soldier against generic threat, yes Bad Company doesn't have the most amazing of plots either, but the interaction between the squad more than made up for it. I know Battlefield 3 and 4 are more gritty and "realistic" in a way, it just seems like a step backwards when we know what they can create.

If there's one thing Battlefield continues to amaze with, it's with their destruction. So imagine back in 2008 with Bad Company, after a cinematic, the game asks you to create cover by blowing up a small house, you grab a grenade launcher and shoot at the poor house and what you see is pure beauty. The wall explodes into tiny pieces and the small house that stood before you, now has a hole, I was blown away as I had never seen destruction like that in a video game before.

Of course, DICE took this up a notch with Bad Company 2, better destruction, stunning audio and polished controls. They went all out with immersion, you could hear distant gunfire and teammates screaming for a medic, metal crumbled when hit by tanks, your character shivered when cold. All those sweet things we see now in Battlefield 3 and 4, they did it first with Bad Company. 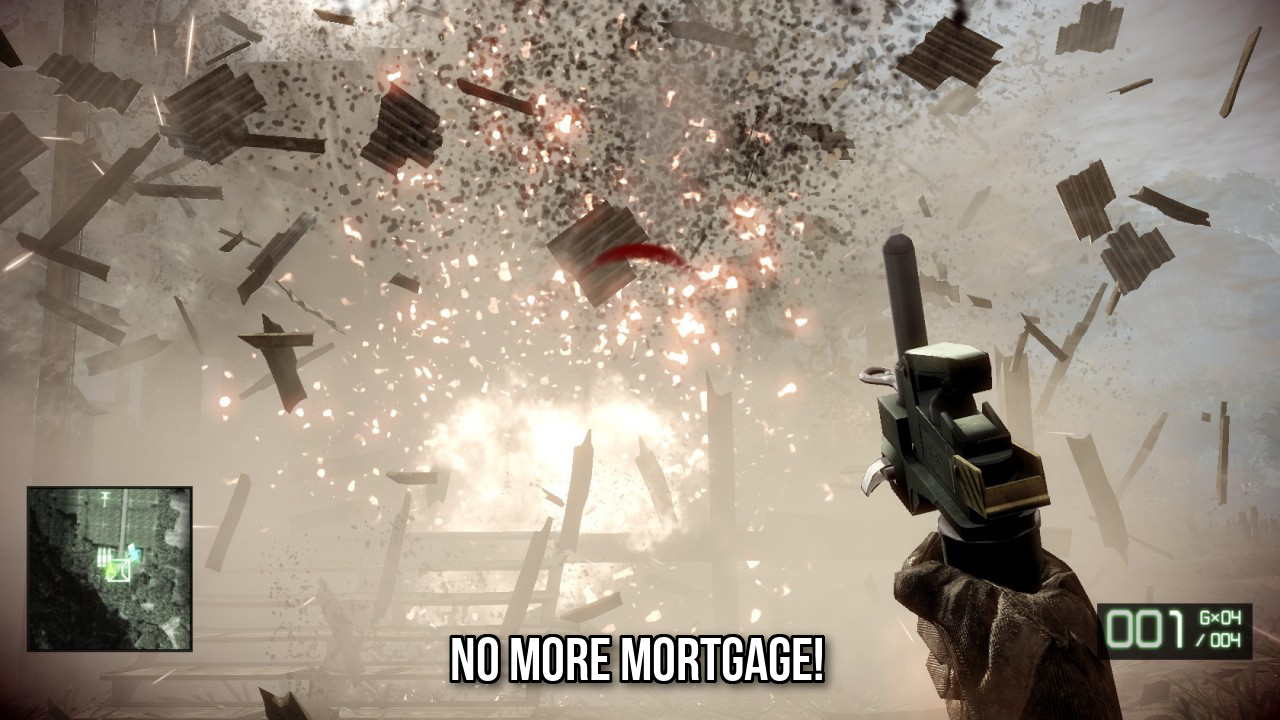 It surprises me that DICE has decided to put Bad Company aside, now focusing on pure adrenaline, blockbuster moments, I love them as much as the next guy, but Bad Company provided something different. Now with Battlefield 1, I'm somewhat scared they might stick to this era instead. DICE don't forget that Bad Company 1 and 2, taught you guys so much in game design and thanks to those games, you guys have a huge and loyal fanbase.