I've always wanted a game that captured the exploration, crafting, and survival aspects of DayZ without the PvP, bugs, and awful interface. If you want a straight up survival game like that - also minus the zombies - this is what you're looking for. There are no other humans, and your main threats are starvation, freezing to death, bears/wolves, and basic stuff like falling and sickness. Don't worry, you won't randomly break a leg walking down stairs like in DayZ!

I know what you're thinking, though. "It's an Early Access survival game on Steam, so it's probably a buggy, broken mess that will never actually be finished".  I was worried, too - especially after being disappointed by games like 7 Days To Die. But despite being labeled an "alpha", The Long Dark is one of the most polished games I've played in a long time. While more features and areas will be added in the future, the core game they've created as a base is almost flawless. I've never had a crash, I've noticed very few bugs, and it's well optimized (I'm running with maximum settings at 1440p/60fps on a GTX 760). So don't let the "Early Access" bit scare you off if the game sounds interesting. 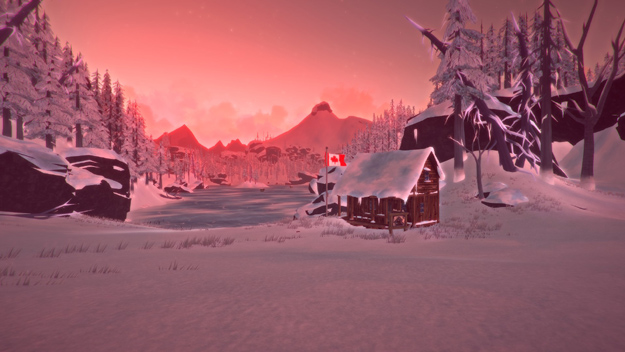 The "Mystery Lake" region is a good area for novices. Lots of resources and shelters.

The current play mode is "Sandbox". Basically, you are dropped into a random location in one of several interconnected maps (you can choose which map or have it picked randomly as well) and left to fend for yourself. That means finding food, shelter, and water. Some of the game's activities include: getting firewood, avoiding hostile wildlife, hunting, laying rabbit traps, repairing clothing, crafting, fishing, exploring, and making sure not to get caught in the game's brutal, disorienting blizzards.

How to go about surviving is up to you. I tend to move from place to place looting, but it can also be smart to set up a base camp somewhere safe if you can do hunting, trapping, or fishing there. The goal of the current sandbox mode is simply to survive as long as possible - the game records that as well as a variety of other statistics. The general backstory seems to be that something happened which caused most of humanity to die, and for the wildlife to turn more hostile. Your plane crashes, leaving you stranded in the frozen wilderness alone. 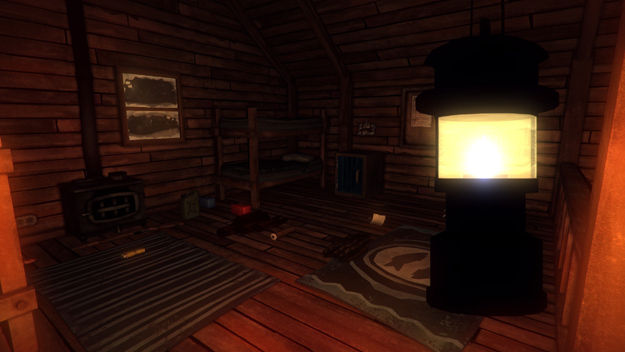 A good location to set up shop for now.

You can pick one of three play modes, depending on what kind of experience you want. "Pilgrim" is easier and doesn't have hostile wildlife - a good choice for your first game. Then there is the regular play mode, as well as a "Stalker" mode which is the most brutal. If you're not sure about something, there is a good online wiki to guide you. I even found a Steam guide with a variety of maps if you'd like more help. So you can really customize your game experience depending on your tastes and skill level.

The controls and interface are very intuitive. Normally there is no HUD minus a small interface dot and occasionally an icon displaying whether you are shielded from the wind. You interact with things in the game world simply by left clicking when they are in range. Pressing TAB brings up a little display showing how cold, tired, thirsty, and hungry you are, as well as an estimate of how much daylight or darkness remains (you generally want to find shelter before dark). SHIFT lets you run, though there is a stamina meter. "I" brings up your inventory, and SPACE brings up a radial menu for making fires and a couple other things like first aid. While I played with keyboard and mouse, the game also supports controllers.

Venturing out in a blizzard is a great way to get lost and freeze to death.

The Long Dark's Canadian wilderness is beautiful, desolate, and cold. The graphics are slightly stylized, simple and with what I'd describe as a "painterly" look to skyboxes and textures. The sunsets and weather effects steal the show, though. The snow and storms are the best I've seen in a game, which is fitting because nature is both the star and the antagonist here.

Should you buy The Long Dark in its current "alpha" state? If it sounds interesting, I'd say it's a definite "yes". While more content and features will be added in the future - story mode, new areas, new stuff to craft, new play mechanics, etc. - it is a very polished experience and already has enough content to keep you busy for 50+ hours easily. It's very much worth playing right now, and is a great investment that will be worth revisiting over and over throughout its development.