Every once in a while, while on Steam, I... explore my queue.  It's not something I'm proud of and I most certainly am havign trouble admitting it publicly, but it's time. 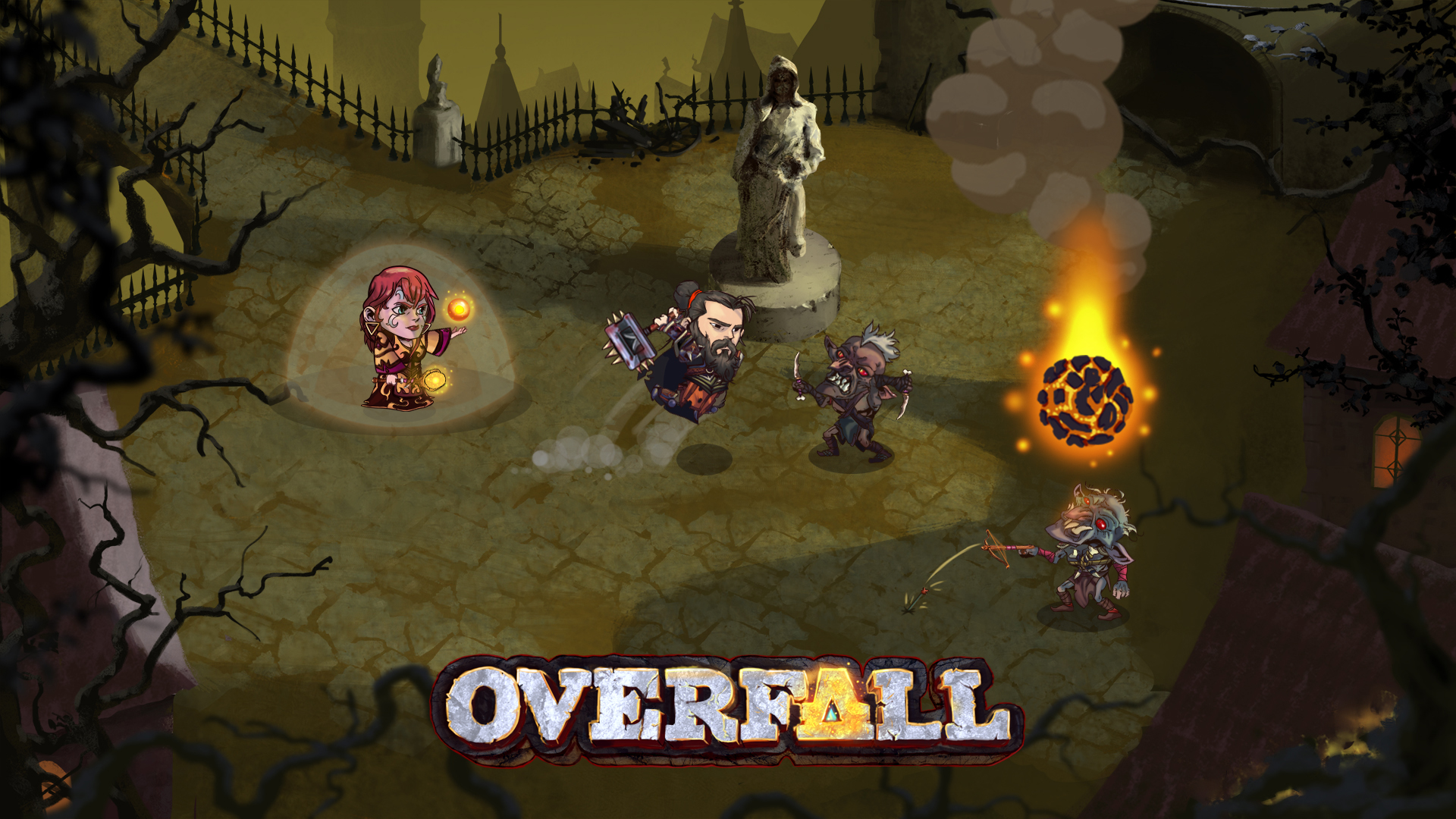 I had been in the mood for a strategy game akin to Heroes of Might & Magic, maybe with a roguelike/roguelite element like Darkest Dungeon.  I had looked through the tags with strategy and I am sure I passed it up at a glance that way.  When I glance through a queue or two, I am much more likely to read reviews and watch a lets play video or two if the game looks interesting.  I had spent about an hour searching for what I wanted, sure that I would fail.  And while Overfall falls a bit short of HoMM with the collection of items and exploring land, it is exactly what I was looking for. 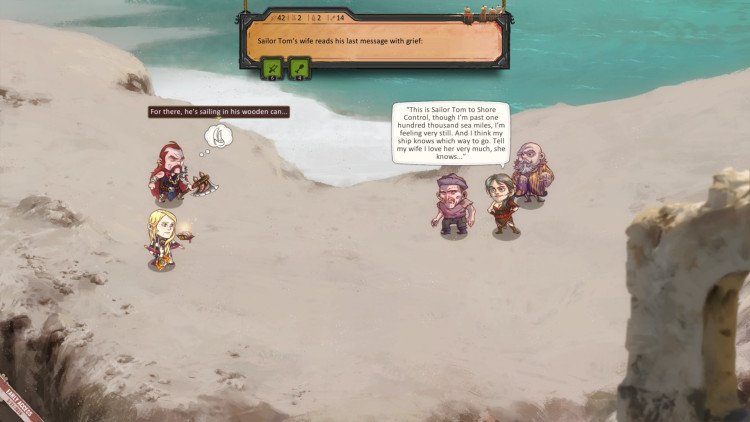 I hadn't exactly been looking for a game that had random humorous inserts here and there, but Overfall eased them in without making the game feel like a joke.  There are very real scenarios and choices with multiple outcomes.  As an example, you might come across a fair maiden stranded on an island, asking for you to take her to a specific nearby island.  Agreeing the first time might simply have you arriving to the island and leaving the lady, who thankfully provides you with 3 food.  On a subsequent playthrough, you might arrive to an angry husband who attacks you in a blind rage, leaving you the choice of trying to talk him down or simply defending yourself.  You'll see similar scenarios each playthrough, but outcomes are never guaranteed to be smooth. 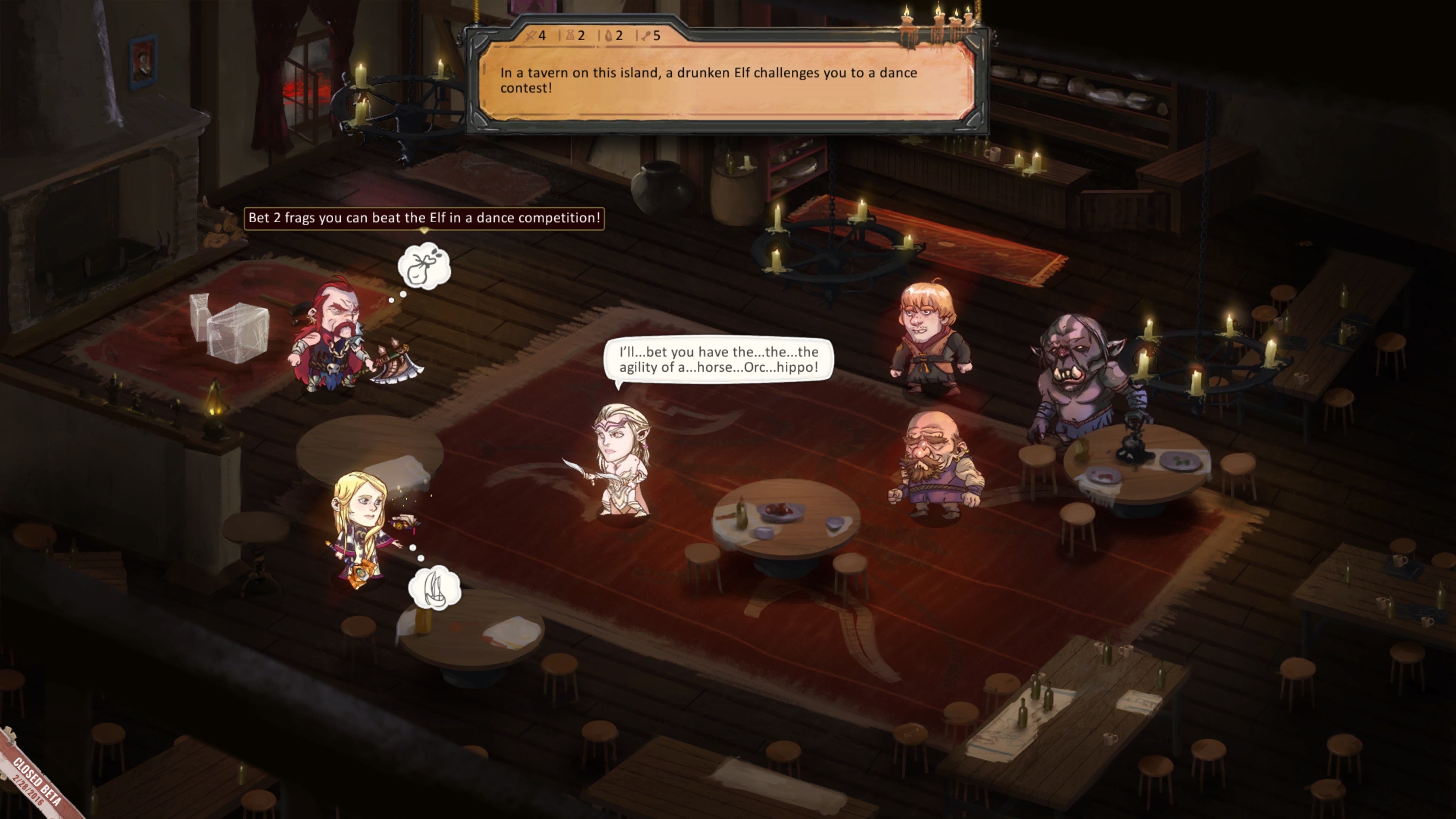 Faction storylines were a welcome addition once I realized they existed.  At this point I have played through every faction storyline and see the overall big picture and connections between certain races.  It really helps it feel like a fleshed out living world.  As you're playing against a 'living clock,' you don't really have enough time to play through every storyline in a single playthrough.  I've yet to try, but it does seem there is a way to slow down the 'living clock,' I've only done it incrementally and feel that it would be far less fun to focus on it.  If it seems as if I'm being vague, I am.  For good reason. 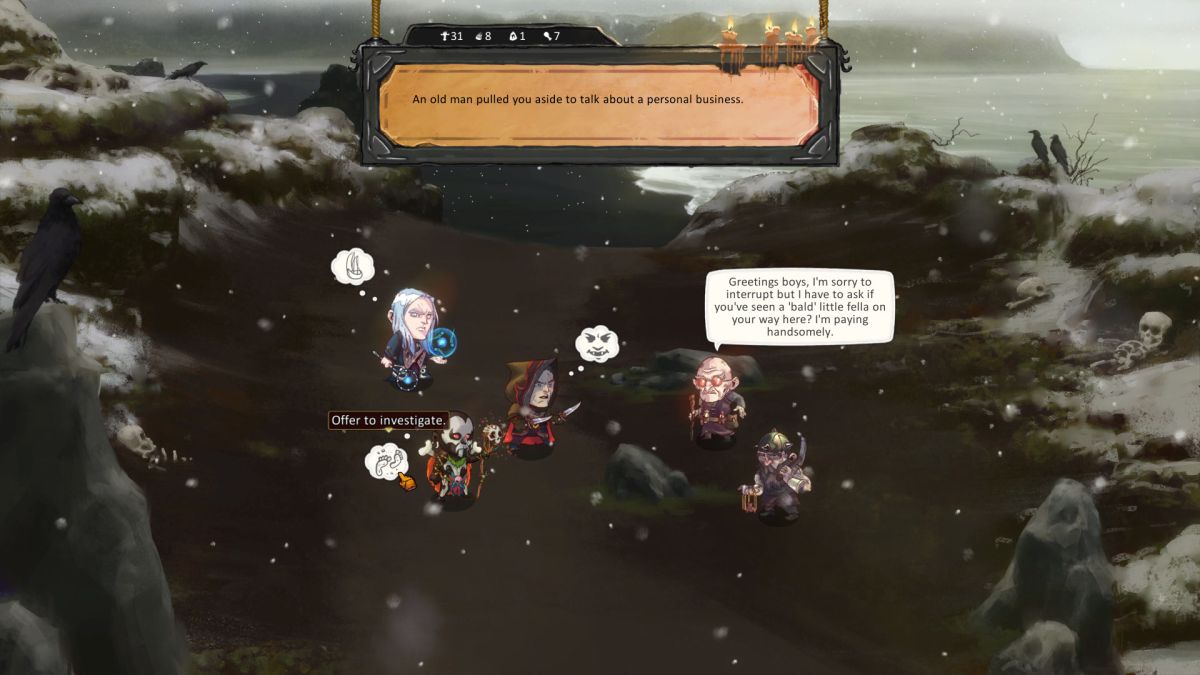 Status effects come in two flavors; conditions and personas.  Conditions include negatives like roots, stuns, various damage over time effects (poison, bleed, trauma, etc.) and positives like heal over time, damage absorbtion and accuracy buffs.  Conditions are limited to the battlefield and disappear between battles.  Personas, on the other hand, are persistent, though sometimes limited in duration.  Examples of personas are Fired up (adding 1 to your speed stat), Cold Blooded (40% chance at the beginning of every turn to give yourself damage reduction), Arctic Phobic (take 1 extra direct damage on arctic islands) and Sneaky (direct attacks give you a 10% chance to apply hidden to yourself).  There are far too many to name, but it gives a bit of a Darkest Dungeon feeling, though Overfall is more forgiving (so far...). 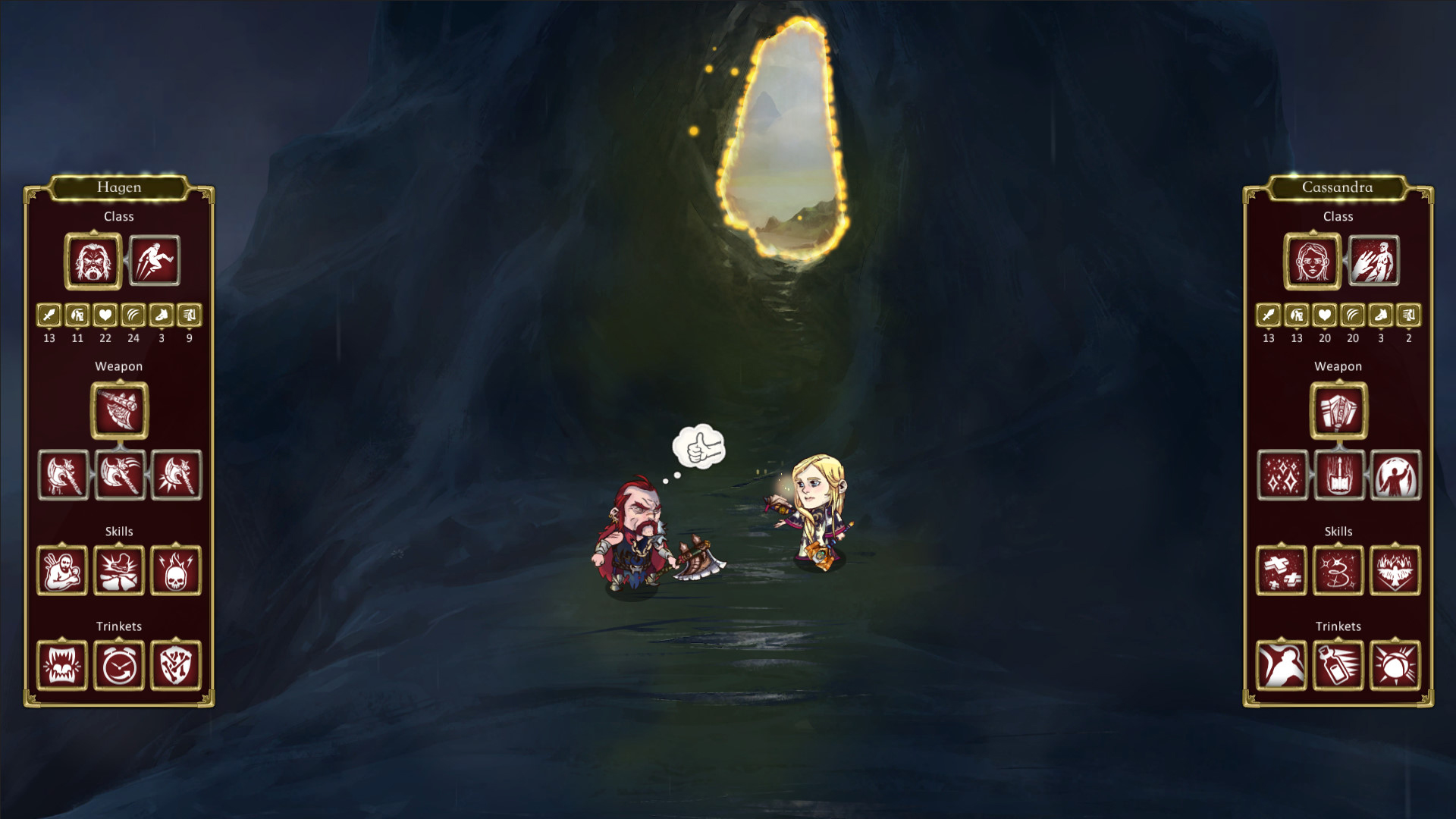 One of my personal favorites in any game is the strive for unlockables.  Depending on your difficulty level, you'll get an unlock or multiple unlocks upon completion of the main quest, at which time the playthrough ends and you are shown the two unlocks you received for completion along with any unlocks you've acquired in that playthrough.  There are 9 classes, 7 of which must be unlocked (so far only through beating a playthrough main quest).  There are 36 companions to unlock through various tasks that you can get hints of in the descriptions of each.  In your playthrough, as you complete tasks and gain renown with any faction, you open companion slots (2 in total).  When companions die they cannot be resurrected, though either of the main characters can be at special locations.  Each of the 9 classes has several weapons and class specific skills to unlock as well.  Trinkets, once unlocked, can be used by either main character, but not both.  Trinkets act as constant personas and are generally made for specific roles in mind (trinkets affecting adjacent enemies would be best for melee characters, etc.).

If you enjoy strategy games with heart and a fair amount of freedom, Overfall may be what you were looking for as well, whether you knew it or not.