Next time, on Kamen Rider Zetta...

No, this one isn't going to be about Mighty No. 9. After some deliberation, I'm likely not going to be blogging about that topic again. In fact, after some more deliberation, I've decided that this is going to be my last blog here on Destructoid for the time being. I may just disappear for a while altogether, if not completely, actually! It all depends. As of now, comments in general are probably unlikely, but not impossible. Case by case basis, I guess.

Admittedly, witnessing the trainwreck that has been these Mighty No. 9 comment sections has been a factor. Maybe even the push that helped me make the decision, but it's a decision I've been thinking about for a bit, and for more reasons than that. So yeah. I'd still be lying if I said I wasn't disappointed in seeing how this (expected) result has been taken by the masses, but I don't want to fuel it by talking about it any further, so I'm going to drop it there. Like I said, it's a factor, but it's not the only reason for this Sudden Departure!? episode of Kamen Rider Zetta, so no fear there. Or maybe fear! Maybe you'd rather me gone. Hell if I know.

Either way, with Tokyo Mirage Sessions #FE on the way, I fully expect a similar, if smaller scale, reaction to that, and unlike Mighty, I actually am fairly excited for that title, so I'd rather be able to enjoy that one in peace without... well... whatever happens. I'll enjoy that on my time, y'all be whatever y'all are gonna be on yours, capiche? But really, I'm just tired of all the negativity. It's inesapable on the net, obviously, but maybe that means me and the net aren't a match. Who knows?

Even that still isn't the main reason, though it's a bigger one.

Most of all, much more than this other stuff, I want to focus on myself and what I want to do with myself more. I feel like if I don't put this into writing, I'm giving myself an out. I can come back and do a blog and post comments and basically cheat on that. I've inched closer and closer to it over time and I think it's time to just rip that bandaid off already. Time is beyond value, and I need to choose how I spend mine before it really costs me.

So if I stand up and say here, right now: No. I am going to take a break. I am focusing on other things. I have put this into writing. This is my contract with myself.

That said, I may pop back in when MuvLuv and Umineko release in the coming weeks to make you all buy them and I may drop in and review Kamen Rider Ghost and work that out of my system, as I'm sure I'll need to when it ends. ... Maybe. I may just yell GO BUY THESE THINGS on a quick post and leave again too! And like I said, comments... might be fair game. Maybe. Depends on how much I get done once I make this "official." I may also unplug my internet and forcibly block as many websites I normally frequent as I can, because I want to do this. I have to.

If I can get a lot done in a reasonable amount of time, I'll have proven to myself it can be done, and therefore can take off the cuffs, so to speak. If not, the chains stay on. If I really can't, then, well, this may be it for us. I need to get my ass in gear here.

In any case, for now at least, this is goodbye guys. Thanks for all the fish. 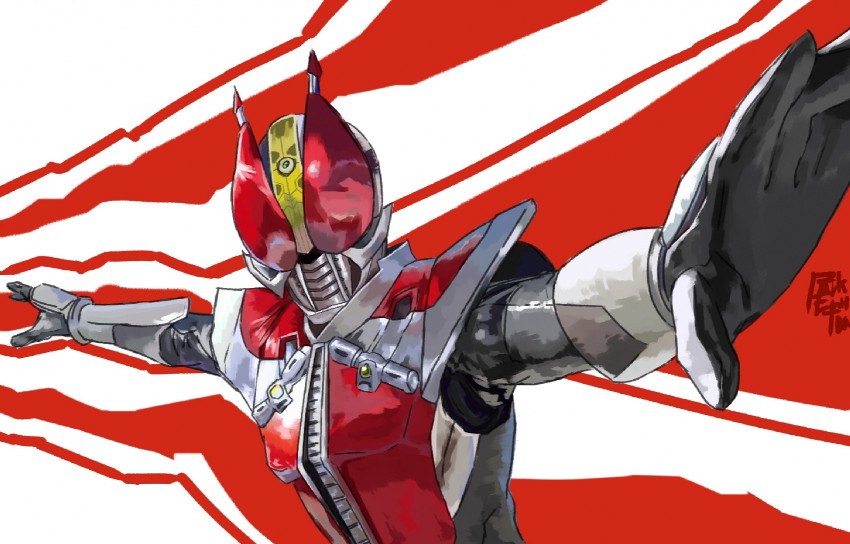