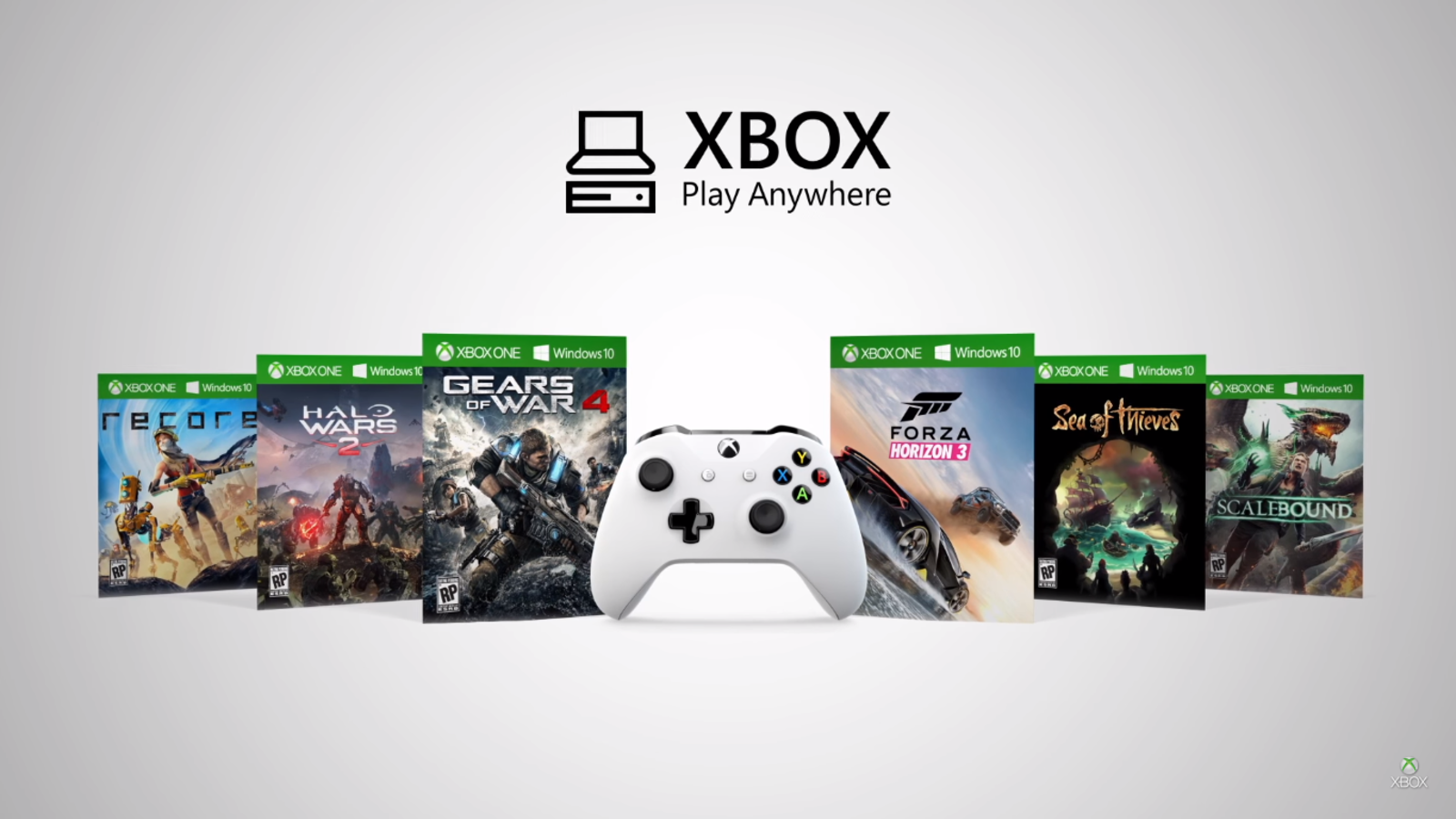 During Microsoft's E3 conference this year, they introduced a new program, Play Anywhere, this let's you play Xbox games on your One or PC. Buy the digital copy of Gears of War 4 on Xbox One, get the PC version free, buy the upcoming Forza Horizon 3 on PC, get it on Xbox One. So, does this mean xbox won't have exclusives anymore?

On one hand, gamers who own an Xbox One and a gaming laptop can enjoy their games on the go, save files, add ons and achievements are transferred between the consoles. This gives accessibility that wasn't available before on Microsoft consoles. Developers will benefit from this program, since their games will be available to a broader audience. PC gamers who were tempted to buy an Xbox One for their exclusives will no longer have to, thanks to Play Anywhere they can play One exclusives on PC.

I get what Xbox is trying to do, it's a great deal for PC gamers, but what about the Xbox One? Why sacrifice your limited exclusives? It's pretty known that PlayStation 4 is still the best selling console and Xbox instead of fighting, is surrendering what made their console unique. I'm aware that most of One's exclusives are shooters, but you get the point.

PC gamers will need Windows 10 to play games, which belongs to Microsoft, just like the Xbox One. But what this program is doing, is leaving Sony and Nintendo as the consoles with the best exclusives. Xbox One will now longer have games that make you want to buy their console, since you can play them on PC.

I also know, this is a great deal, since this adds crossplay to all those games announced with Play Anywhere, you'll be able to play with your PC buddies or those who only own consoles, it definitely sounds fantastic. My point is, Xbox is giving up their exclusives, just to get more money and it's of course justified, that's what companies do. At least this way, Microsoft might have a chance to compete with Sony now.