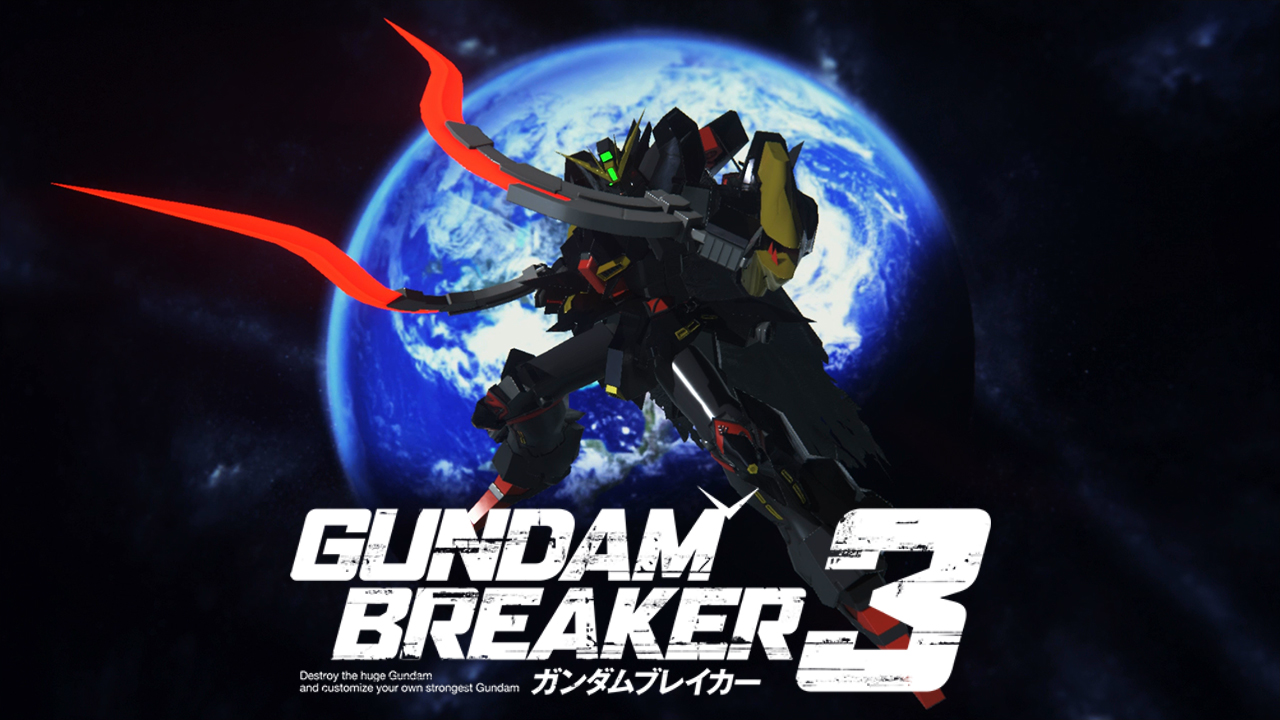 Don't like reading? You can catch the review right here!

Released on March 3 2016 for the Playstation 4 and Playstation Vita in Japan and on April 28 106 in Asia, we have Gundam Breaker 3. As the name states, the game is a sequel to Gundam Breaker and Gundam Breaker 2, released for the Playstation 3 and Playstation Vita respectively in 2013 and 2014. The game was developed and published by Bandai Namco, and features battles between Gundam plastic models or Gunpla for short. For those unfamiliar, Mobile Suit Gundam originally began airing as an Anime TV series in 1979. The show was originally unpopular during its initial run and the series was cut short at 43 episodes instead of the originally planned 52. However, the popularity of the series is partially attributed to Bandai’s licensing of the mecha featured in the show. With the introduction and sales of Gundam models, the series began to grow in popularity and greatly contributed to its success today. For a lot of people, their first experience with Gundam may have been with Gundam Wing in the mid-1990s to early 2000s. In regards to the models themselves, I’ll go over them in a little more detail later on. For this review I have chosen to cover the Asian version which features English Subtitles.

In this game you play as a Gunpla enthusiast who has recently moved to an area near the Ayato Shopping Street (named the Irori Watari Shopping Arcade for some reason in the Asia version). There’s been some plans to have the street purchased and redeveloped by the Times Universe Corporation as their new store by the neighbourhood train station is drawing business away from the shopping street. So after having a Gunpla match and meeting a girl named Misa at the local Game Center, you decide to form a Gunpla Battle team to revive the Ayato Shopping Street by winning Gunpla competitions. A fairly straightforward story, but is it any good? Find out in…

As with the other Gundam Breaker games, the greatest strength in this game is customization. The game heavily promotes you to create your own Mobile Suit by mixing parts from other models together in a practice commonly known as ‘kitbashing’. The models you see in the game are all based off actual Gundam models that you can actually purchase, as well as build. With Gundam Breaker 3, while you start off with a very basic suit, it’s neat to see the ideas that spring up over the course of the game as you combine different parts, colour schemes, finish and abilities to make either serious creations, or something a little wacky. You can even re-enact some Mobile Suit variations that originally weren’t aired on television, or reference a suit from a Gundam series. Initially, you begin with only HG or High Grade parts to begin with. High Grade models are the easiest to build and are generally 1:144 scale and average around 13cm tall. Certain High Grade models can get to 1:100 scale which is normally around 15-20cm mark. After completing the game, you get access to the larger and more durable MG or Master Grade parts. These are based off the Master Grade series of models which are 1:100 scale. These models are little more difficult to build, but are made of higher quality plastic, use a better mould and offer better articulation as well as an inner frame for a wider range of poses. The larger suits you can fight against in the game are based off the PG or Perfect Grade series. Perfect Grade models are 1:60 scale and around 30cm tall. These guys are the most difficult to build, often requiring the builder to secure parts using screws, or even wire up LEDs. The end result is an even higher quality model made up of plastic and metal parts, and construction can even take up to weeks to complete. However, PG models are unavailable for you to play as. The game takes the kitbashing even further and introduces optional parts that can either increase the performance of your suit, or even add optional weapons. The amount of parts, skills and accessories available for you to mix and match makes the building process enjoyable and unlike the earlier games, there are no requirements stopping you from using certain parts, so providing you have them, you can make that dream Mobile Suit anytime in the game.

As well as that, each part can also have abilities attributed to them. These abilities range from increasing the durability (or health) of your mobile suit, to increasing the response time or attack strength. Certain parts can allow you to use signature moves, weapons or abilities of their respective suit. For example, the torso of Wing Zero will enable the use of the Zero System, or a Solar Reactor, also known as a GN Drive from Gundam 00 will enable you to use the Trans-Am system. Once you’ve mastered the skills, you can use both as the part restriction gets lifted, and this also applies to some signature moves such as Shining Finger, Sekiha Tenkyoken and Hyper Beam Saber. Parts are also colour coded from Common being white to Legendary, being gold. While in previous games this affected the part’s base stats, in Gundam Breaker 3, it enables you to have more abilities added onto the part. On top of that, you can merge parts in order to stack abilities or raise its rarity. This provides an incentive to experiment around with different parts in order to give your model a wide range of abilities and skills.

The different modes available in game I’ve found are enjoyable. Outside the standard mission mode where you clear waves of enemies over several maps and defeat a boss mobile suit, you have other modes such as Monolith Destruction which is a minor variation where you and your team destroy waves of enemies and the boss, as well as monoliths scattered throughout the level in order to move to the next stage. Another one is Core Assault where you and your team must defend your core, while you destroy the enemy team’s and the traditional Battle Royale where you square off against multiple teams one after the other. I found these kept the experience fresh and by replaying some of the levels, you may have access to new parts since as you destroy enemies, you gain a chance to receive parts from them which you can outfit to your Gunpla. The game also features online multiplayer where you and up to three others can complete story missions or take on suits that other players have built in the Arena mode. You can also choose to tackle Challenger mode which pits you up against a wave of suits with different challenges.

Visually I think the suits looks really good and a lot of attention was put into the details. While some of the terrain could use some work, each stage is unique and certainly matches the types of terrain you would typically see Gundam Battles in such as inside Colonies or the South American Military Complex Jaburo from the first two Gundam series to name a few. But the game isn’t perfect so from here it’s onto…

- A lot of replaying missions to get parts and improve suit

While I found the different game modes enjoyable, they’re also incredibly monotonous. In order to strengthen your Gunpla, you can upgrade them with other gunpla parts to add new skills or increase their parameters as well as upgrading them using various grades of plastic obtained while completing missions. In order to really get anywhere with parts, you’ll need to replay missions over, and over, and over again. Once your parts reach level 20, the most effective way to increase their level is by competing in Arena Mode. The suits you’re up against in Arena Mode are also quite powerful as if you’re not careful, they can destroy you in a few hits. Of course, even fighting other suits in Arena Mode can also get very monotonous as well, especially in that last push from level 20 through to level 30.

I felt that the friendly AI in the game more or less did very little to help out. Over the course of the game, I found myself generally handling things alone with relative ease and closer to the end of the game I was helping the AI teammates more than they were helping me. A neat thing is that you can change your ally’s gunpla to one that you have saved the schematics of, and have them use your designs with poor to moderate effect. Also included and a first for the Gundam Breaker series is the inclusion of SD (or Super Deformed) Gundams. By inclusion, we mean only your team gets them and there’s only one mission where you fight SD Gundams. I do feel that they seem very out of place in comparison to everything else. With that I’ve pretty much covered what I wasn’t too fond about so I think it’s time for…

If you’re a Gundam fan, this game is perfect for you. Not only can you play as one of the Gundams from the many available series around, you can even play as some of the grunt suits and better yet, mix and match the parts to get something completely different (albeit in model form). The game’s story is fairly generic, but the charm really does come down to customizing your Gunpla, even if you have to bore yourself by playing missions, over and over again in order to obtain or upgrade parts. The game’s multiplayer is quite solid and I think it was well worth the money spent. If you like Gundam, or well, mecha in particular, I’d say, pick this game up. You’ll be sure to enjoy it.