Yesterday, I posted a blog tangentially related to this topic. This, however, may be much much much more important. See, it turns out that Umineko no Naku Koro ni already has its Steam page up! With pictures and everything! Now isn't that just the best sacrifice to god you ever did see? Let's give it a look. 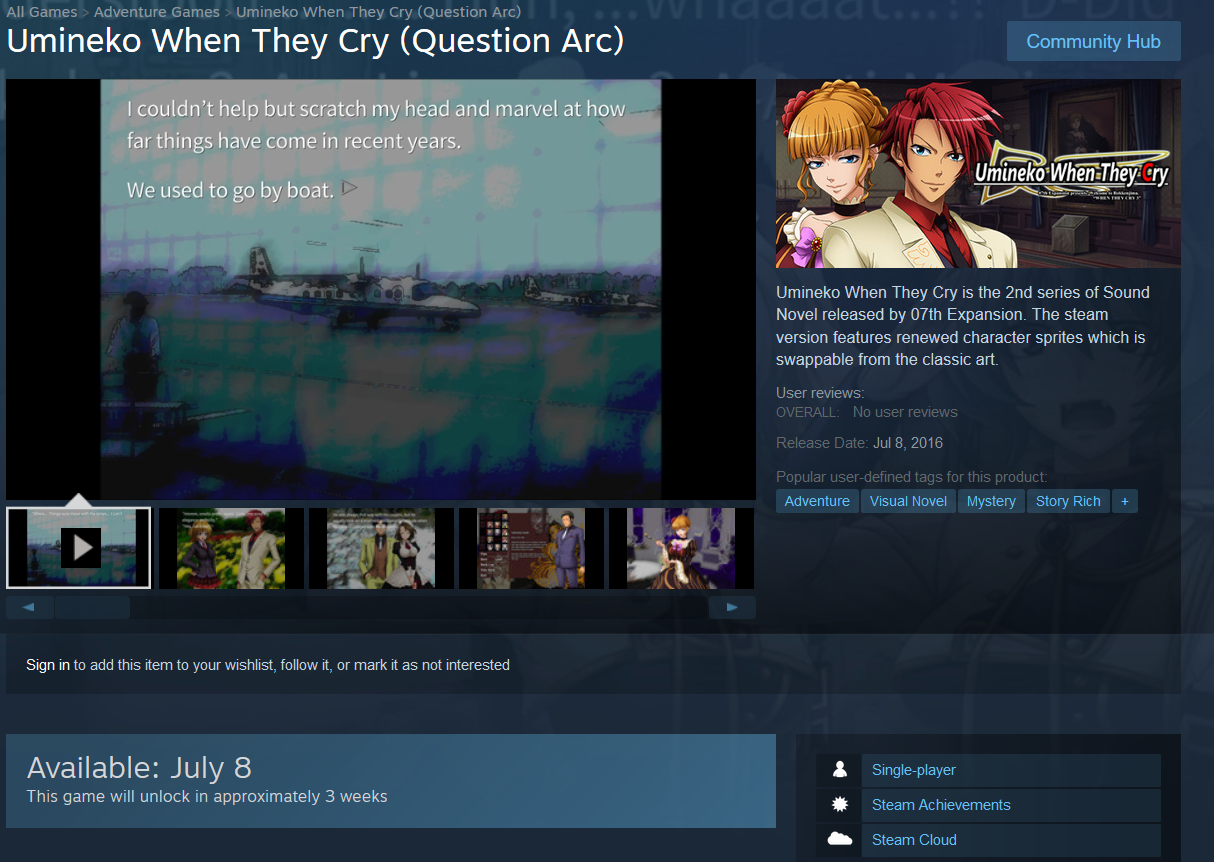 Holy cow! They're releasing the entire first half of Umineko in one go? That's amazing! I had no idea they weren't doing it one at a time like with Higurashi, which is still currently coming out one chapter at a time. The third one only just released, yet Umineko will be having the entire first half at once... I-I don't know if my body is reggie for this one, guys. We're really going to be lucking out on this whenever it finally comes out, that's for sure. 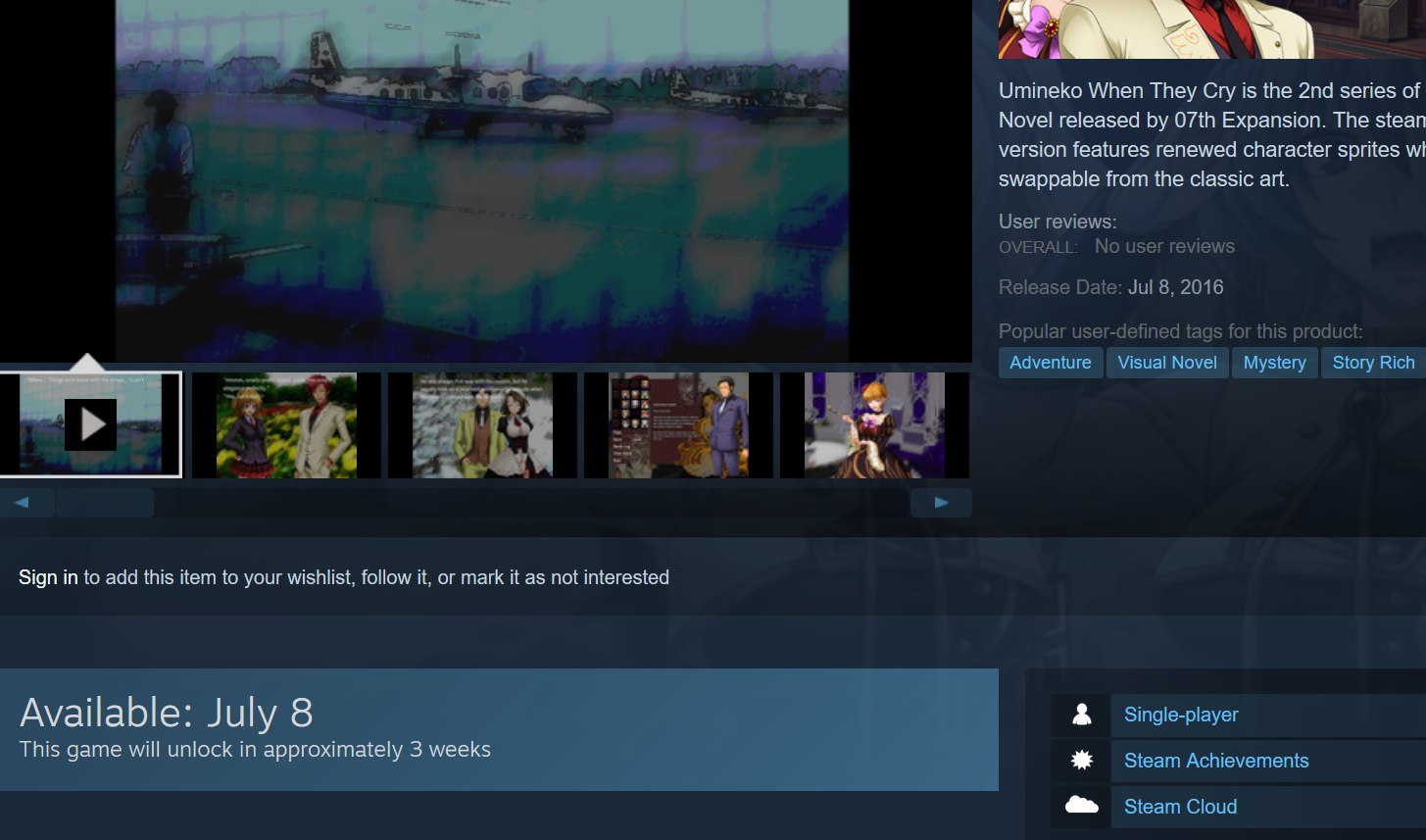 whenever it finally comes out