Resident Evil 7 and the Return of Home Horror

Resident Evil was never about zombies, viruses, or characters being turned into sandwiches. The original Resident Evil and its police-station sequel were always an exploration of architectural horror.

In 1996, Resident Evil’s Spencer Mansion presented players with a winding labyrinth of puzzles and locked doors. It was a spatial feat, forcing players to internalize the various routes and always be prepared for what might lurk in the next room. Resident Evil’s greatest success was not the shambling undead of the Mansion, but the building itself, as the infernal architecture was by and large the most compelling character found within the game. 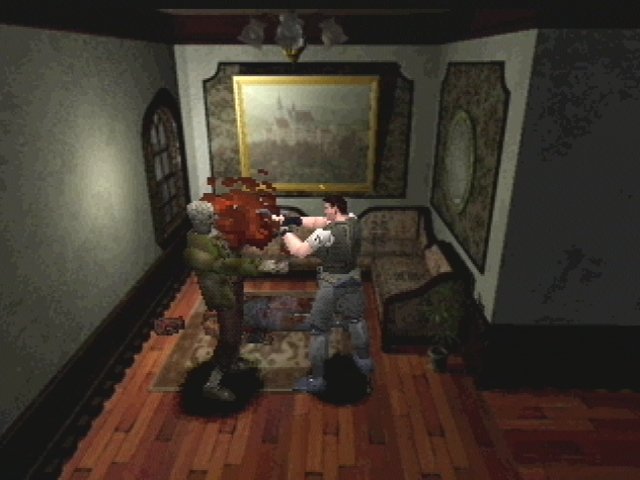 Though later entries in the long-running series got away from the room-by-room tension of the original Resident Evil titles and doubled down on self-serving zombie lunacy, Resident Evil remained – at least to those touched by the Spencer Mansion twenty years ago – a game about the horrors of closed doors.

Resident Evil 7’s official announcement seems to be specifically for that portion of aging gamers. Revealed during Sony’s E3 conference, Resident Evil 7 looks more Outlast than Resident Evil 6: ominous creaking replaces hulking special agents, with the grainy footage of a hand-held camera rather than a shotgun.

It was fitting, too, that the entirety of Resident Evil 7’s reveal trailer took place in a single shack. In a post P.T. horror landscape, games have sought a return to form with their scares. Home is where you make it, but house horror is where the genre lives and thrives.

And home horror, at least from the RE7 trailer and subsequent short, playable demo, is where the series plans to return to.

The Resident Evil 7 demo begins simply enough. You have one goal. “Get out of the house,” the screen reads as you – first-person perspective and all – slowly rise from a dusty floor.

Seen from a fist-person point of view, Resident Evil 7’s demo clearly takes cues from Hideo Kojima’s ill-fated Silent Hills project. The ramshackle building is disgusting in the truest sense of the world. As you attempt to take in your surroundings, the house looms with creaking floor panels and the not-too-far off sounds of shuffling.

Spencer Mansion, this is not. While the myriad rooms and imposing elegance of the Resident Evil’s Mansion hid its ugly nature from players, Resident Evil 7’s demo seems to revel in decay.  Never once in the demo do you feel as though you are safe, because the house – ostensibly a box for the game’s developers to keep you trapped inside – is an agent of unease.

But moving throughout the demo feels a lot like those first tenuous steps outward from the Spencer Mansion’s despite the markedly different set dressings. Gone are the impressive doors – infamous for their dual purpose of building tension and loading areas – that marked a transitory moment to breathe in Resident Evil. Instead, we now physically interact with a door and watch it creak open, ever slowly, in real-time. Resident Evil 7 wants you to face its haunts head on.

And perhaps the idea of diving right into the unknown is why Resident Evil 7’s look is so different than its classic predecessors. While Resident Evil’s mansion belied a conspiracy of unholy creatures and Resident Evil 2’s police station was close enough to ruin by the time you entered it, both games still took time to play their full hands. Resident Evil 7’s home horror, by putting players in a decrepit location with a new perspective, reflects a different approach to the same idea. The rotting wood and desecrated flesh of the home are as important to a spatial sense of horror as the gilded shields and oil paintings of the Spencer Mansion.

Though little is really known about what secrets Resident Evil 7 still holds close, the game’s seemingly different direction is closer to the original than it seems. Jarring turns and claustrophobic moments are the hallmarks of both experiences. In terms of the horror that occurs in the places we call home, Capcom’s RE7 demo serves as a reminded that they remain one of its original Architects.