Console Backwards Compatibility Is a Joke [Once again, this blog has been delayed a good bit thanks to intensive summer course work and my part-time job. I wanted to get this out well before E3, but life had other plans. Apologies for the delay. Please enjoy.]

When I started writing for Operation Rainfall a few years ago, I wrote an opinion piece lambasting Nintendo’s handling of the Virtual Console during the end of the Wii’s life and the start of the 3DS’s. Considering that the Wii U is starting to wind down, I was ready to write a C-Blog about the state of affairs of the Virtual Console now and give Nintendo another bashing for their continuous fuck-ups.

However, after observing the current generation of consoles as a whole, I can’t really single out Nintendo for dropping the ball with backwards compatibility. Really, all three consoles are pretty crap when it comes to preserving legacy titles, especially the digital releases. It’s enough to make me want to not bother with most of the consoles this generation.

Let’s start with Nintendo, given they’re the reason I started this bitch-fest all those years ago. Sadly, a lot of the points I made in my old article still stand. They sit on a mountain of games that could net them some easy money, yet they release too few of them too infrequently or just don’t release them at all in certain countries. And yet, somehow, they made the Wii U’s Virtual Console even worse.

Not only are all the non-Nintendo consoles gone, but the libraries of the ones that did make the transition to the Wii U (the NES, SNES, and N64) are smaller than on the Wii. Hell, the Wii U Virtual Console launched with only the NES and the SNES. The N64 didn’t even show up until well after the service launched. And when the NES, SNES, and N64 were available, the number of titles on offer could be counted on one hand.

Yes, we finally got Earthbound, Earthbound Beginnings, and Donkey Kong 64 on the console, but we’re missing games like F-Zero X, Majora’s Mask, Super Smash Bros, Pokemon Snap, Star Fox 64, and Super Mario RPG. Those last three games are available on the Wii U eShop, but not in North America, because of reasons. Hell, we’re still missing titles like the SNES Star Fox, Illusion of Gaia and Terranigma, the latter of which never saw a release in North America. That being said, Nintendo is doing backwards compatibility the best this generation, as you can play all of your physical and digital Wii games on the system. But even then, Nintendo still finds a way to cock it up. It has to be done through some arbitrary emulator, because of course it does. Why exactly they continue to have their WiiWare titles and other Virtual Console games still only available on the Wii Shop Channel and not directly through the new eShop is something I’ll never understand. Why not just make them available directly from the Wii U’s eShop, like what they did with DSiWare titles on the 3DS. At least then, you don’t have to worry about an entire generation’s worth of games disappearing when support for the Wii Shop Channel inevitably stops.

Let’s move on to the Xbox One. Microsoft hasn’t been around as long as Nintendo or Sony have, so they’ve got a smaller library to fuck up. And yet, Microsoft completely screwed the pooch during the Xbox One’s launch by chucking backwards compatibility for no real reason. They’ve announced backwards compatibility later on and have brought several games to the platform, but it’s in a similar manner as Nintendo. They release too few of them too infrequently.

Out of the just the physical games I own, I can only play six of them on the Xbox One. I still can’t play Amped 3, Assassin’s Creed: Brotherhood, Bayonetta, BioShock, Brutal Legend, Elder Scrolls IV, Guitar Hero II and III, none of the Rock Band games, Soul Calibur IV, or Tales of Vesperia. That’s a pretty significant hole in their library! And that’s only the physical games that I personally own. I don’t even want to know how many Xbox Live Arcade games are missing.

And then, of course, there’s the fact that games for the original Xbox just aren’t supported at all, either in physical form or digitally. Phil Spencer said that he would like to have original Xbox games compatible with the console in the future, but that’s really the kind of thing that should’ve been there when they allowed for backwards compatibility in the first place. Either go full hog, or don’t even bother!

While many of us often joke about how Halo was the only noteworthy game series on the console, there are plenty of good ones on the system. Anyone who has an Xbox One is unable to play games like Jade Empire, Crimson Skies, Phantom Dust, Oddworld: Munch’s Odyssey, Jet Set Radio Future, Steel Batallion or Panzer Dragoon Orta. Announcing backwards compatibility for these games, amongst others, would go a long way towards undoing the damage they did at E3 2013.

Speaking of E3 2013, we have Sony and the PlayStation 4. Ever since Sony trounced Microsoft at E3 of that year, people seem to forget that they unceremoniously ditched backwards compatibility with the PS4 long before Microsoft revealed the Xbox One. It’s especially galling considering that Sony were the ones that started the whole trend of backwards compatibility in consoles to begin with.

That’s part of the reason why the PS2 the most successful gaming console of all time. Not only did it have a large library of fantastic PS2 games, but it also had access to the entire PS1 library. The PS3 was kind of similar. Like the PS1, it also had backwards compatibility with every game on their system. They had physical backwards compatibility with the PS2 at the start, but they ditched that with the first console redesign to cut costs. They eventually brought it back in the form of digital re-releases alongside digital versions of PS1 classics.

Fast forward to the PS4, and Sony isn’t even going to bother. The excuse is that because of the nonsense with the PS3’s Cell processor, emulating the PS3 is practically impossible. So if you bought any physical or digital PS3 games, you’re completely shit out of luck. That includes any PS1 and PS2 classics you purchased digitally, despite the fact that the Vita can play most PS1 games you bought on the PSN just fine.

Now, there are some titles on the PS4’s online storefront that have cross-buy compatibility between the PS3 and the PS4. This means that if you buy a game on one system, you can play it on both. Unfortunately, this only applies to a very small number of titles, most of which are indie games, only five of which are Sony games.

In December of 2015, Sony revealed that PS2 games would also be available digitally on the PS4. These versions had some enhancements like 1080p resolution, Trophies, Remote Play, Activity Feeds, and other neat stuff. And hey, some of these games were released on the PS3’s digital storefront! That must mean there’s some cross-buy compatibility between the PS3 versions and the PS4 versions, right?

If you bought a PS2 game digitally on the PS3 and want to play it on the PS4, then you have to re-buy it. Some of these games even jumped up to $14.99! At least when Nintendo asked Wii U owners to re-buy all their Virtual Console games, they lowered the price to a buck or two. Look, I get that updating PS2 games with all this extra stuff is a pretty time-intensive task. However, forcing us to buy them again at full price if we want to play these games on the PS4 is fucking unacceptable. Nintendo and Microsoft have both handled this way better than Sony. I shutter to think what would happen when Sony puts PS1 games on the PS4.

This is why I feel that the PC is going to be my platform of choice for the rest of my days. As much as I enjoy my Wii U and all the games Nintendo has to offer, new and old, the PC absolutely nails how backwards compatibility is supposed to work. I got back into PC gaming in late 2010 and everything I purchased back then still works today. I can get games from as far back as 1988 and play them just fine. 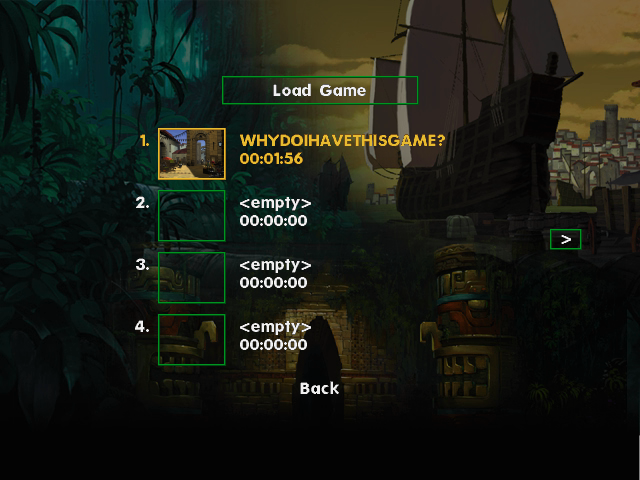 To further illustrate my point, I decided to dig through all the old CDs I kept over the years and install as many of those games onto my PC as I could. Gold and Glory: The Road to El Dorado? Still works. Atlantis: The Lost Empire: Trials by Fire? Still works. Microsoft Flight Simulator? You can bet your assing fuck it still works!

There were some old 16-bit edutainment games that I’ve been unable to run on my PC, as well as that Pokemon Play It game from yonks ago, but even in those situations I’ve found fixes for them. That’s one of the other things the PC does so well in terms of compatibility. If there are issues between games and newer operating systems and the official developers don’t fix it, there will almost always be someone out there who will step in and get the job done. Hell, there’s an entire website dedicated to letting you play abandonware for old DOS systems, some of which can be played through the browser itself. You certainly won’t see the big console manufacturers opening up their vaults of abandoned games like that. Not without re-releasing the crap out of them, at least.

As I write this, E3 2016 is just around the corner. We’ve already got leaks of stuff that may or may not be announced at E3 this year, including news about console revisions. While I do have some hope that Sony and Microsoft will have some announcements on PS1/proper cross-buy compatibility and original Xbox compatibility respectively, I also held out hope a few years ago that Nintendo would vastly improve their Virtual Console storefronts. And we all know how that turned out.

Bottom line, consoles have shat the bed with backwards compatibility across the board this generation. If I were a developer, I wouldn’t even bother releasing a game on any console platform until all three of them demonstrate they can do backwards compatibility on future systems without fucking it up. So far, all three of them have failed. It’s kind of embarrassing to watch Nintendo, Microsoft, and especially Sony rebuild the library they established last generation after deciding they weren’t worth shit for little to no reason. I mean, who’s to say that they won’t pull this shit again in the next console cycle? There’s practically no point in buying anything for these consoles if barely anything that I buy will transfer over, especially digital stuff. I’d really, really like to be proven wrong this time.