Tony is the hero Japan needs! Time for an AMA! 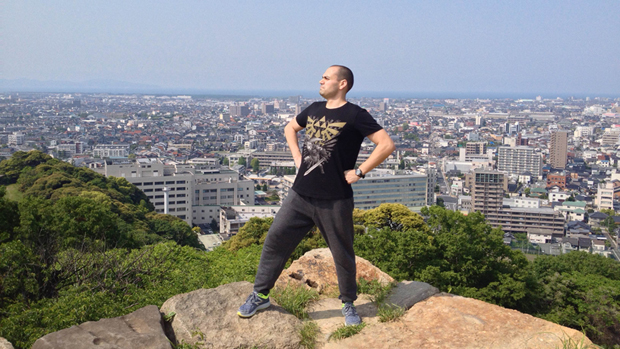 [UPDATE: Bumping this up because I'm jonesin' for more of those sweet queries!]

Back in the habit!

As I briefly touched upon in my previous Mario Maker post (by the way, you should totally play my levels, wink wink), I'm currently living in Japan, working as an assistant language teacher. I'm enjoying my time here -- exploring my surroundings, making friends, eating delicious food, brushing up on my poor speaking skills -- but there's still so much I gotta do.

Tomorrow (or later today in my case, since I live in the future), I will be hitting up a beer festival and slamming down as many local brews as I can with my unlimited drink ticket. Next month, I plan to visit Kyoto for BitSummit, where I'll also touch base with our ol' taskmaster Dale North (and maybe even grab a moment to sneak a peak at Nintendo's HQ). And if I play my cards right, I may get a shot at Tokyo Game Show in the fall.

Lately, I've been getting the itch to start writing again, but this time on my own terms. I remember when I started this whole blogging game back in 2008, I would hammer out heartfelt musings a couple times a month or whenever the mood struck. Then I joined the professional circuit and sadly became locked down to churning out news bites with little energy left for anything else. I just want to return to those simpler times, when I could write whatever was on my mind without any obligation to anyone.

To that end, I'm thinking of starting a personal homepage through Wordpress or something like that. Just a place to share my thoughts at odd intervals, maybe link to some of my favorite articles I've written from years back. You know, like a digital portfolio -- Lord knows it's high time I put one of those together. I'm thinking my first piece might have something to do with the Mother series -- after putting it off for so long, I finally dove in with EarthBound Beginnings followed by EarthBound. Long story short, I'm in love, and I pray that Nintendo finally announces Mother 3 for eShop at E3. I'm not doing it for exposure or anything, just self-satisfaction. I'll definitely let you guys know once that launches, though!

Anyway, as I said in my title, this is an AMA. I haven't done one of these in nearly two years, but it was a big success last time around and hopefully can be again. I'll try my best to answer everything, although my responses may not be in a super timely fashion as, again, I'm 13 hours ahead of the East Coast, but let's give it a shot!