Huh!? France, Germany, & Italy all have LOWER Ages of Consent than Japan!?

Lately, I've tried to get away from blogging about controversial topics and get back into having fun writing again. But there's one subject, one misunderstood fact, that keeps popping up in a lot of these conversations that I've been seeing, and I feel like someone needs to set the record straight on this one... and since no one else is, I guess it's time to put in a call for...

You were expecting the Ghost Busters, maybe?

So here's the lowdown on this one. You and your chummy chum chums are down eating at the Chum Bucket (which is not sexual innuendo, probably) because the Krusty Krab was full up today. The topic of anime and video games has someone come up. One of your buddies, let's call them Spongebrain, remarks that all these Japanese cartoons and games must be as perverted and ~sekshewulleyszduh~ because their age of consent is so low - a whopping thirteen years old! My god!

That's where you, Sexy Shark, come in with the Cold Hard Truth. And no, I don't mean that toy you won in a poker game from your cousin that he got off that whale from the South Pole. 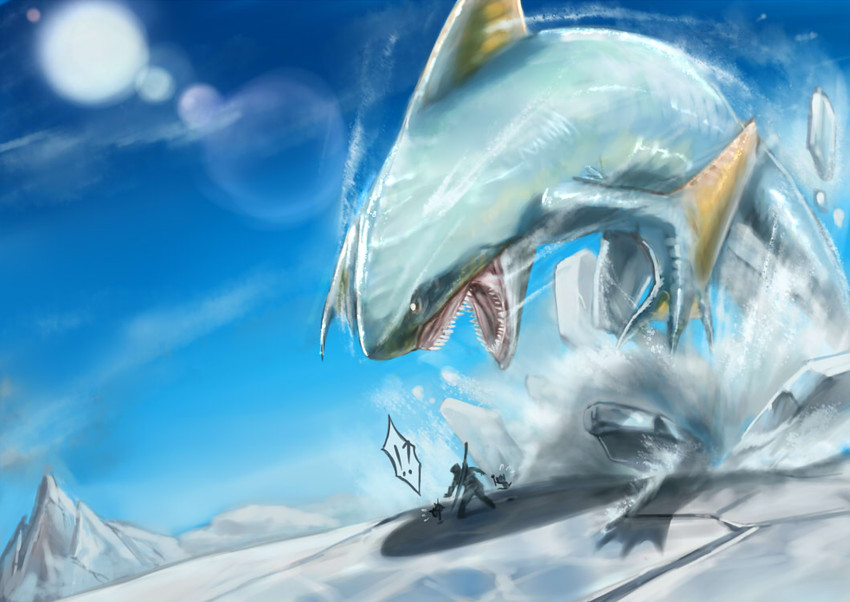 "But wait!" You might be thinking, your Sexy Shark losing its hardness as you consider your knowledge of Japan's great and perverse ways. "Japan's age of consent is thirteen."

Your ass is still going to be in a hell of trouble if you're over seventeen and try to do something about that.

Here's the thing. While in the US, we have what are called Romeo and Juliet provisions, and while in a lot of the states where the age of consent is technically below 18 you're still in trouble as an adult over that for robbing the cradle (just wait, you creep!), Japan doesn't have such a pretty sounding name for it that people can instantly relate to, and what they do have, for whatever reason, hasn't been applied to their age of consent the same way everyone seems to accept "18" as the magic number... even though it really isn't, at least according to the law. 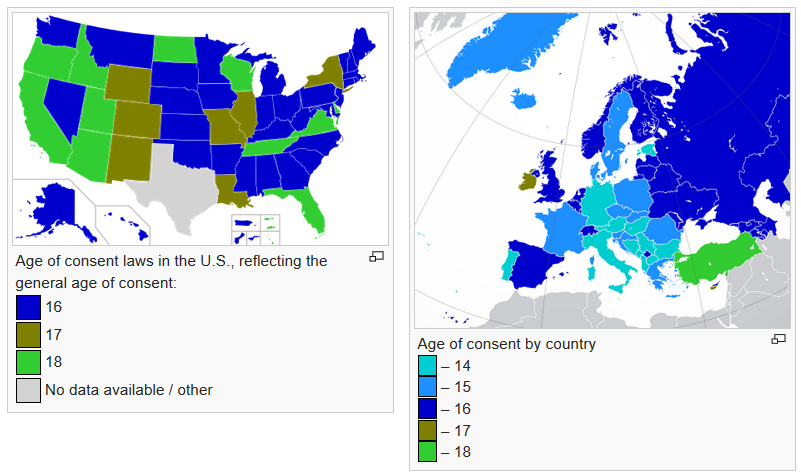 Shocking numbers, right? But, despite these numbers (and my title!), they're not completely accurate - once you get into the ways Romeo and Juliet and their counterparts have hit these states and countries, these numbers may look somewhat different.

And Japan has its own deal, and it's in something called the Child Welfare Act. One of the stipulations in this act, by the way, is, well, this:

In layman's terms, what this means is that yes, thirteen is the age of consent... until you are eighteen years old. Then that shit is illegal. Just like it is here in the US. It varies from district to district a bit just like it does state to state, and indeed, thirteen is still the default in the case of Japan ever getting new land somehow (which is perhaps the source of a lot of this confusion), but you can bet this'll be picked up and be applied to it very quickly should that somehow happen.

1.) Media doesn't generally highlight positive and everyday things from other nations because who would care about that all across the world? Give me the drama! For all the weird and wacky and perverted stuff that you hear about in Japan, there's probably a lot of completely normal, forgettable stuff that no one talks about because no one overseas would care. 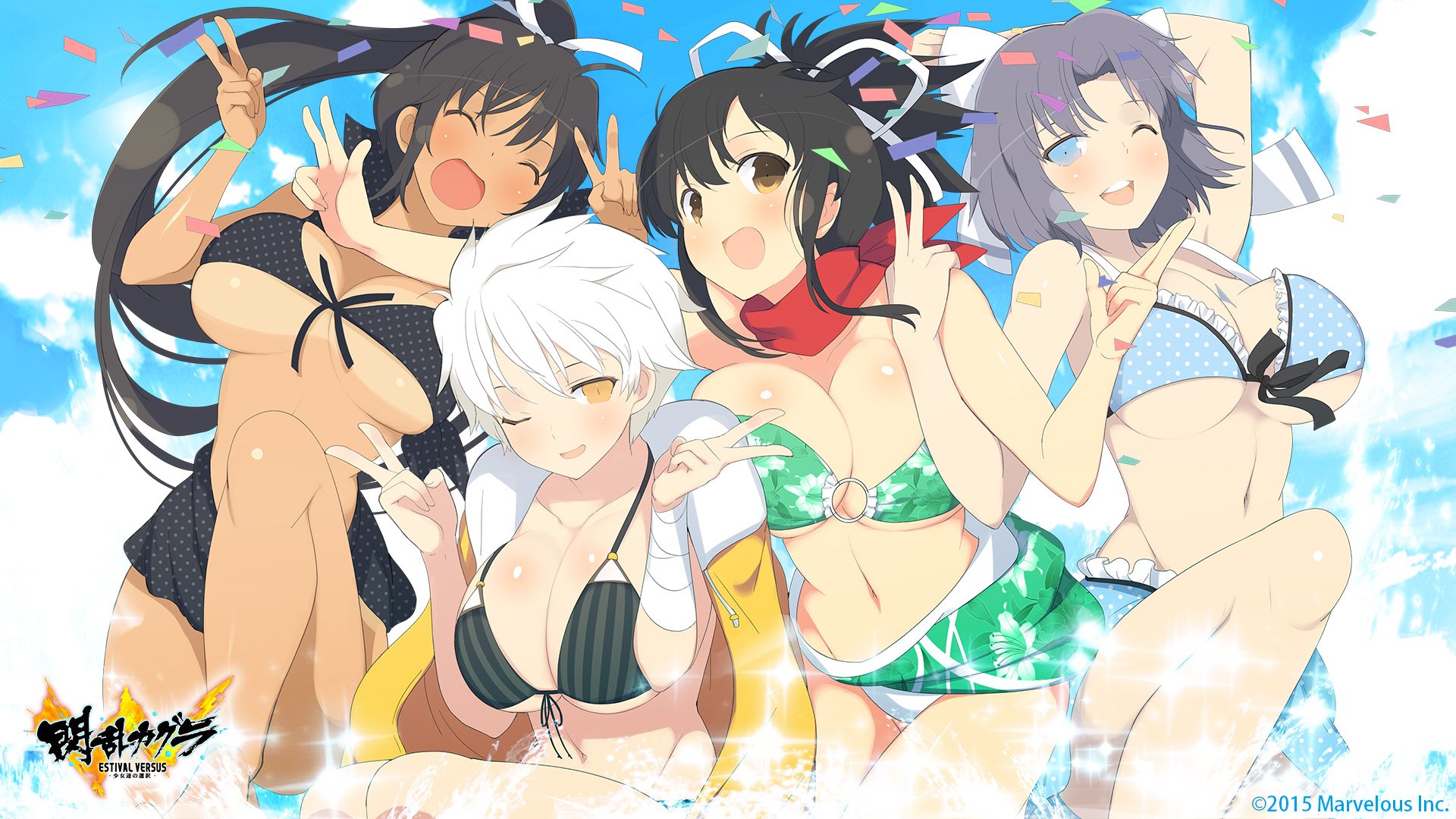 Are you trying to say this isn't what Japanese high school girls look and act like? EVERYTHING I KNOW IS A LIE!!

There are probably some conversations to be had stemming from this point. I'd like to think this didn't actually need to be corrected for that many people, but with how often I've seen people jumping to say that the reason a lot of Japan's content is the way it is because of these low ages of consent, I feel like a lot of people genuinely have the wrong idea and honest to goodness believe it - though hell, maybe I'm misinformed (but I don't think so). I mean, do you really think they'd be having a birth problem right now if thirteen was the age of consent in the way that people act and talk about it like they think it is? Not to entertain the quite frankly awful implications of that scenario, but seriously, think about it.

By that logic, our content is the way it is because we let people murder people at younger ages? I mean, what? Think a little, or at least do some research.

Anyway, I don't want to get into the conversations that might stem from this too much myself, just put this out there and maybe help "end" that bit of misinformation, so to speak, so I'm going to end this here. If you want to go on and say that "but sexualization is still wrong blah blah blah," you're wrong (and doing harm to real women with that mindset, but forget them if the fake ones conform to your standards, right guys?), but fine, whatever, think what you want, that's not really the main point here and I'm not here to have that conversation.

So! Now you can stand tall, Sexy Shark, and eat up all the Spongebrains who sopped up the first thing they heard and didn't bother to think twice about what they were hearing.

You sexy, sexy shark, you.

Cynic without a Cause   1