To celebrate Pokemon's 20th anniversary I decided to create to create a list of my favourie Pokemon. I can tell you that this wasn't easy doing this list. Some pokemon had to be cut even though I still like them so I had to make this list to help pick them. (It still didn't help) Anywhere here is the list I was following.

Note: I've haven't watched the anime so that won't judge my choices

Without further ado here we go

Starting off on the list is the bone boomerang, wears his mother's skull Marowak. The first appearance of Marowak was ghost in the spooky ass Pokemon Tower. He left a strong first impression this way. Design wise it's simple but remember able. Stats wise it's nothing worth pointing above average defence and everything else lack buster but it learns boomerang which is one of the best ground moves below earthquake. It really it's lore that brings it to this list.

Next on the list is this trickster. This Pokemon ability allows him/herself to disguise as one of your Pokemon. If you disguise as a Pokemon with the right typing your opponent may use a move that is weak or no effect to it allows you to use one free move (since one attack removes the ability). I recommend a move like nasty plot to increase is SP.A or agility for speed and sweep his team. You'll need it because Zoroark is good at SP.A and Speed but he is still outmatched others. One annoying thing about this pokemon is that it was a mystery gift only in Pokemon Black (which I missed) until you can get it through normal means in later games.

Lucario is what you call a mixed attacker. With his stats being above average in ATT/SP.A your opponent doesn't know if he going to go physical, special or both. And also it help that Lucario has a great and varied moveset allow to cover a lot of types. He defences are below average and his speed could be better but if you know what to use him againist your going to have a great time. Also he one of the first Pokemon to showcase mega evolution so that help his odds for the list.

You're probably thinking how it evolution didn't make and I'll tell you why. I think Rhyperior is overdone in design wise it looks like a child tried to make him cooler by adding armour onto him. Rhydon is better because its simple at it best. You can pretty much guess his stats by looking at him. He exceeds in HP, Attack and defence and everything is really bad. He also has a lot of weakness (It doesn't help two for them are 4X effective). His moveset focuses on some really powerful moves to one shot everything. Rhyperior may be the stronger Pokemon but I really like Rhydon design.

Featuring the cute once normal now fairy Pokemon.  It one of the cutest Pokemon and in Battle it's pretty good. It's stats is average all round and she boasts an amazing moveset. It's probably learn around 70% of TMs in each game allowing a huge flexible moveset. Also it's the first pokemon I had that could use metronome which even to this day I discover new moves using it. Rotom the ghost who can take control of everyday items. Each form allows him have a different type and a one powerful move able to one shot pokemon. It's stats are pretty good being above average in all except HP which is pretty low.  However being able to transform into a fan,cooker,ect allows yourself to make some godawful puns like " That's just fantastic" or "Things are about to get heated here". (I'm so sorry.)

Lapras's pokedex entries are rather depressing I mean who hunts a Pokemon so cute to near extinct. Anyways Lapras is a really good Pokemon boasting high HP average ATT,DEF, SP.A SP.D but low speed. It moveset is pretty good allowing a lot of good SP.A moves and it's one of a few water type who learn thunderbolt/thunder which allow him to have great coverage plus with his high HP he is able to last a while in battle. 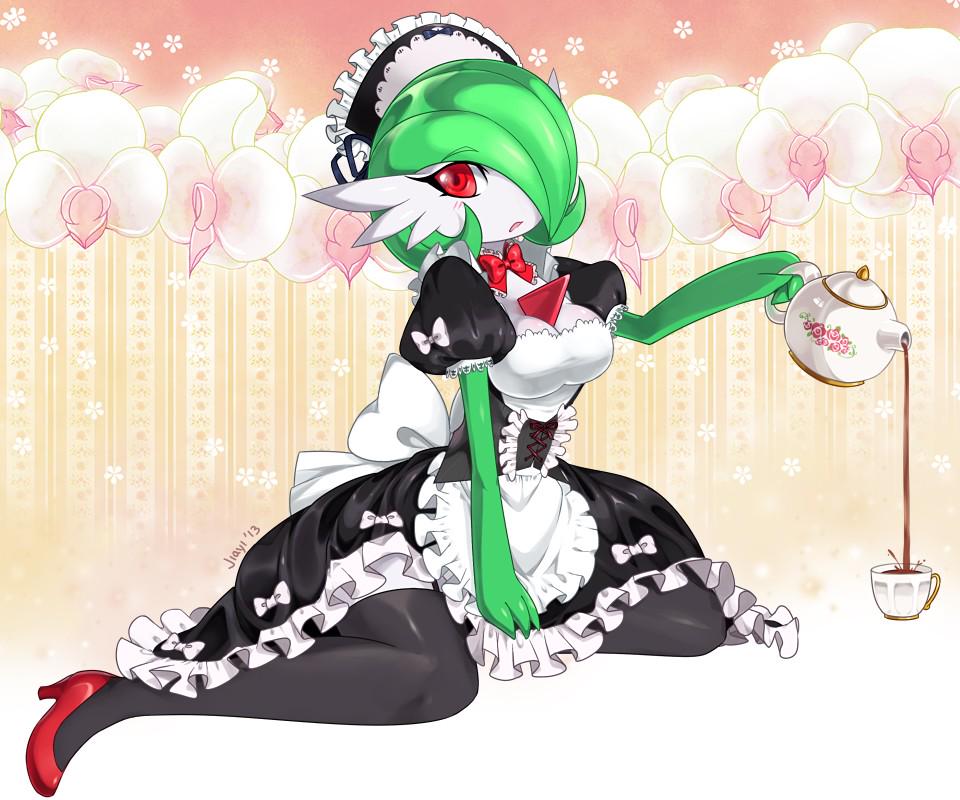 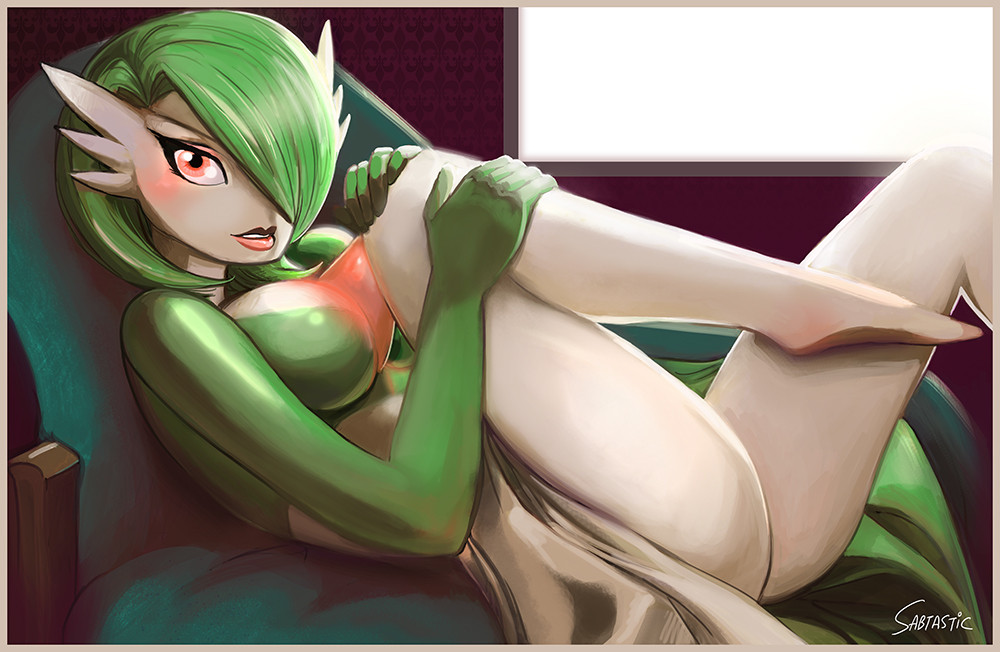 Featuring perhaps the strongest starter in Pokemon this guy is seriously powerful. High ATT/SP.A, above averge speed, average defence and a powerful moveset making him a powerful sweeper. He is even more dangerous if you manage to get him hidden ability which allows him gain speed every turn making him brilliant end game sweeper. 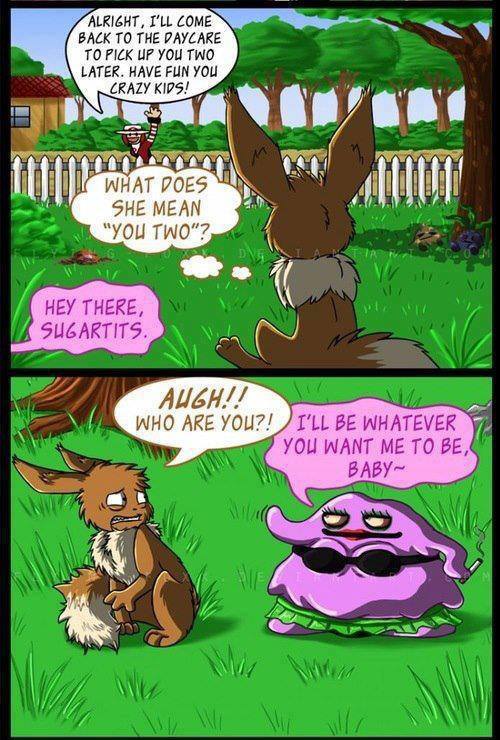 Great stats, great movepool and it's cute, what more could you want? He boast high SP.A, SP.D, above average DEF, and average HP and SPD, She may be lacking in ATT but her moveset is mostly based on SP.A so it's well justified. She is able to take a lot of damage and she can heal herself using wish so that awesome. Also she is able to learn metronome so that's cool.

This sweet ass baby has two forms: shield and sword. The shield boasts of insanely high defences but lacks in Attacks but in turn the sword does the opposite allowing best of most worlds. Her speed and HP are pretty low but the defence make up for it and low speed will actually help you more which I'll explain now. Angislash starts off in shield form and with her low speed she'll attack last allowing the other to attack first dealing low damage and when she attacks she'll change sword form and deal damage. In the next turn she'll use king's shield which has a high priority allowing it to go first and switch back to the shield and rinse and repeat. This will make it a powerful tank and be warned it may not work all the time.

This one is just really a personal reason. My first Pokemon game was Firered and he was the first Pokemon I ever had. I have so much good memories with guy just think about your first Pokemon and we pretty much share familiar feelings. Plus he turns into a huge turtle with two cannons on top, how cool is that? Stats and moveset wise he alright nothing outstanding but you know he's here for special reason.

So freaking cute and rather strong too. It stats are similar to Togekiss and it's movepool is pretty good but what really shines is his mega evolution.

Just look at him he's a super saiyan 3 with that gorgeous head of hair. In his form he has insanely large amount of SP.A allow one-shot a lot of Pokemon. Also he gain a new type of dragon allow STAB dragon moves for more coverage. However his speed is still unremarkable but man that hair.

Featuring our mischievous ghost this boast incredibly high SP.A, high speed and above average SP.D. The HP, ATT DEF stat are not good at all allow himself to be defeated in one to two turns. But whis his base stats alone he is an incredibly great end game sweeper. Thanks to his great moveset he can use hypnosis (If it works) and then dream eater to heal lost HP. And his mega evolution makes him a lot more faster and stronger. Also his new ability prevents any Pokemon from switching make him a huge threat to your opponent with the right match ups.

Since gen 1 this little guy has been in debate on being the best eevee evolution. Not counting legendries this guy is the 3rd fastest Pokemon (beaten by Ninjask and Electode) but what makes this guy better than those is that he is strong enough to deal damage. He has stats and a movset that pretty much focuses on sweeping but with the move volt switch he is capable of do hit and run tactics by attacking then switching out for a Pokemon who can take damage making him an annoying Pokemon to fight.

Speaking someone who can take damage this guy is one of the beefiest SP.D walls out there. Boasting an insane amount of SP.D and high ATT, SP.A and average HP, DEF and Speed this guy comes out as a great tank. Flexible enough to be used for offence and high defences to be a wall with a moveset to support both strategies this guy is full of surprises. With his ability hydration he can heal any status while raining and if you can use rain dance to cause the rain you can use rest without any problems to heal his health back to full HP making this a long battle to fight. Also he's cute and that always a plus.

Don't let his looks fool you this guy is a beast. He may not seem much due to his high HP, average defences and meh ATT, SP.A and SPD but don't be fooled because he has the ability of huge power which gives him 2X amount of ATT allowing him to deal massive damage plus he has an insanely powerful moveset which also helps. With his new typing of fairy makes his an excellent anti dragon Pokemon. Azurmarill's one flaw is really his speed but it can be partially ignored due to aqua jet allowing him to act first. This is one Pokemon you should never underestimate.

Boasting high HP, ATT, SPD and average defences and SP.A and a brilliant moveset this guy has been a staple in many Pokemon teams. His moves have coverage for a lot of his weakness poison jab for fairies and stone edge for ice types and outrage or earthquake (made even more powerful thanks to STAB) for everything else. The only pokemon that is able to bring this beast down is something faster than with a ice move. Also did I mention that he is able for mega evolution that increases every stat expect for speed (which loses a small bit) which allows him to destory any Pokemon that tries to tank him. Have fun.

Other than looking awesome this guy has been in every Pokemon team in every game every chance I get.  Having high ATT, SP.A and the rest is average this guy is safe in a lot of situations thanks to his stats the the main selling point with this guy is his moveset. With it and his stats he can become an incredible hard hitter due to flame blitz and do a complete 180 and become a physical wall thanks ability intimidate, morning sun and will o wisp. I have many Arcanines just to try out some different strategies and see how it goes. He so cool looking and did you know that he was originally going to be a legendary with Articuno and Zapdos but dropped him because they decided to use three birds. Design wise Arcanine just looks awesome and save me in a lot of online battles making my favourite Pokemon. A detective Pikachu going around solving crimes voiced by Danny DaVito what can be better than that?

With Sun and Moon coming out there is may more new favourite coming this way like Rowlet who I took an immediate liking to since the first trailer. Thank you for reading and I'm interested on your favourite Pokemon and also worth pointing out that [Tyrant] Rico Penguin would like to do this so expect a blog in any time now.