The story of a boy and his favorite characters growing up

Controversial statement: Childhood is something I believe should be treasured and celebrated. So, in honor of Children’s Day, I decided to share with you a story about a little boy and how his love for videogames and cartoons helped shape the person he is today.

Not unlike other children from the 90s, much of this boy’s waking time was spent between school and watching his favorite shows: Dragonball Z, Teenage Mutant Ninja Turtles, X-Men, among others. Shows that not only managed to be fun, exciting and with incredibly lasting theme songs, but also had a considerably-sized cast of characters with which he and each of his friends could identify themselves with.

But, unlike most of his friends, the characters he felt he related the most to were not the usual suspects. His favorite Turtle was not the cool but rude Raphael, nor the party dude Michaelangelo nor the one who did machines (before that earned a whole new meaning) Donatello. His favorite always was Leonardo. Same thing with the X-Men: Wolverine was undoubtedly a bad-ass, Gambit was cool as hell, Storm was extremely powerful, but the one he looked up to was Cyclops.

And why was that? 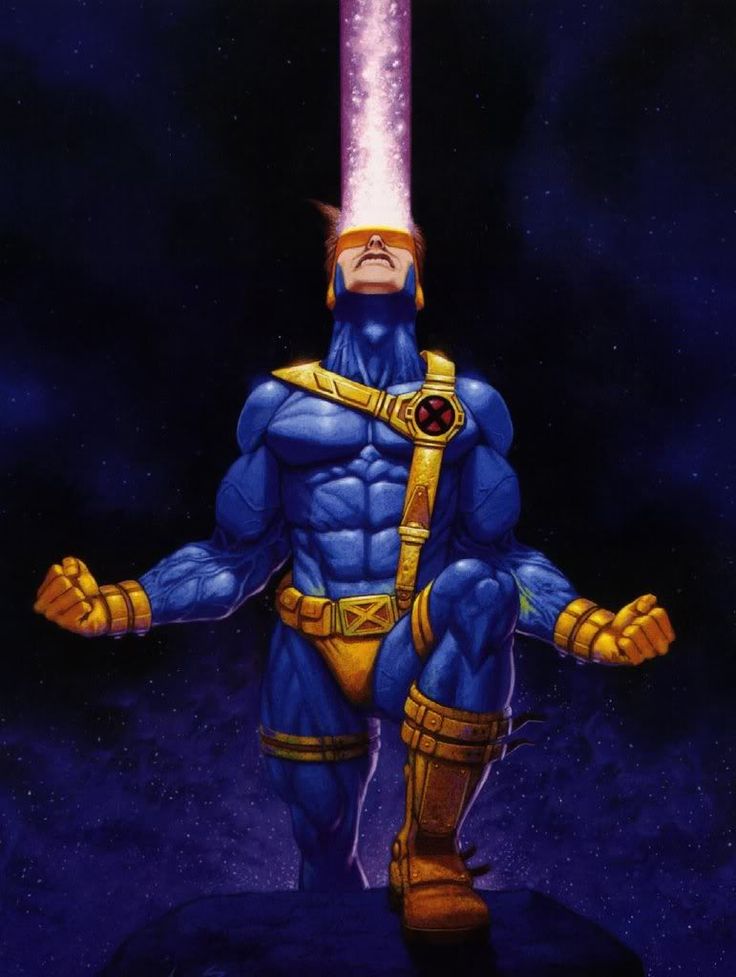 This boy had a little brother, you see, and since he saw him for the first time he was told “you’re a big brother now, so you’ll have to protect and care for this little one”. It’s a perfectly common for older siblings to feel that the new ones may take their ‘spot’, the boy felt pride in his new circumstance as a protector, as a bearer of responsibility.

And responsibility and pride were what defined both Leonardo and Cyclops. Maybe they didn’t do the flashiest stuff or weren’t the funniest among their group, but the weight they bore on their shoulders, their honorable demeanor and their attitude of putting their friends and family first simply wondered the boy, and he felt like he understood them.

His friends sometimes questioned why he seemed to always prefer the ‘boring character’, but he didn’t care. To him, they were not boring at all, they were awesome! They were the ones who had to manage entire teams of clashing personalities, had to make the tough decisions and had to deal with the consequences. And I mean, after all was said and done, he didn’t have to fight anyone for the right to bear the blue bandana or to shoot optic blasts. “I want to be like them!” he thought to himself, and was damn proud of it. 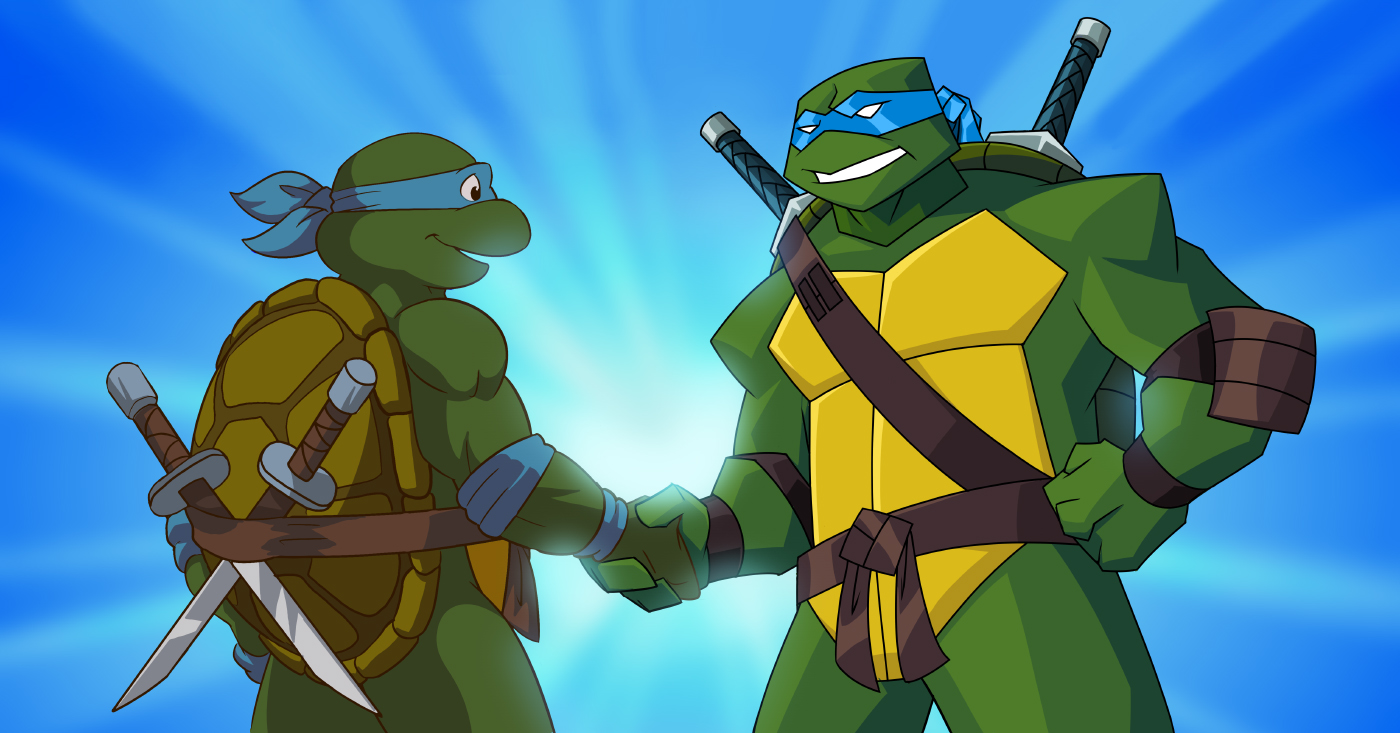 Other things the boy tended to gravitate away from were main characters and “common favorites”. In TMNT, one could say all four of them were the main character, but Wolverine was definitely the one for X-Men. The same happened with DBZ. For the longest time his favorite character was Krillin, an unlikely hero who had to rely on his cunning and wit besides his strength to hang with the extremely powerful Goku.

That changed from DBZ onward, where the relationship that originated between Piccolo and Gohan made him entertain the possibility of a new favorite character – the former villain, with pointy ears and pointy teeth. Interestingly enough, Gohan became his brother’s favorite character, which may have also contributed to the situation. Fun fact: there was this one year when all of the boy’s friends either dressed up as Goku or as Vegeta, with their blonde wigs to symbolize their Super Saiyan forms, and the boy – with his vast amount of hair – asked his mom to make a cape for him in order to give life to a non-bald version of the green mentor to the young Saiyan boy.

Mentor roles were also something the boy looked up to. Not unlike Obi-Wan in the original trilogy (his favorite character, go figure) that becomes one of the defining aspects of Piccolo’s character going forward. 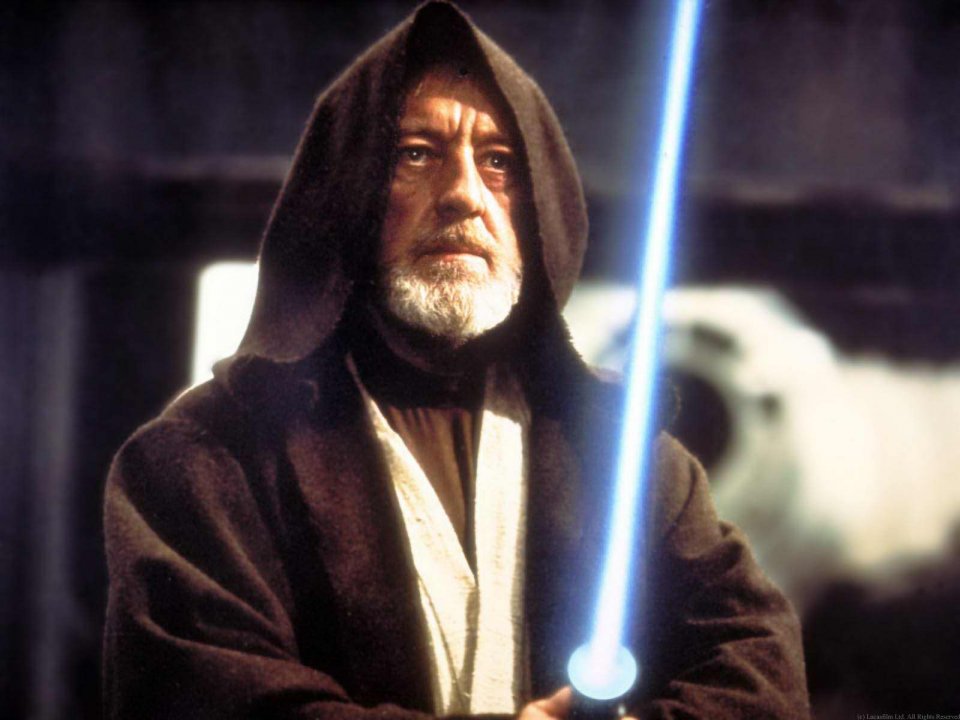 There were other aspects of one’s character that this boy sought to attain for himself, though. Namely, kindness. A big part of being a leader and a mentor was to know how to be kind. Like his grandmother, the kindest person he’s ever known.

The boy had always been pretty small for his age, when compared to his friends and family. Up until 9th grade he was either the smallest or the second smallest in his class. There were a fair share of kids who made fun of him, both for his height (or lack of it) and later, when he became a teenager, for still actively enjoying videogames and cartoons and not being as interested in going out to party and drink and whatnot. Which is why he wanted to be as kind as he could to those younger and smaller than him.

But what does it mean to be kind? Is it simply to not be bad to others? Well, thanks to videogames, the boy began to understand that, to truly be kind, he needed to make an effort to understand others, pretty much like he would have liked others to do so for him. That’s because people are much more than they appear to be on the outside. 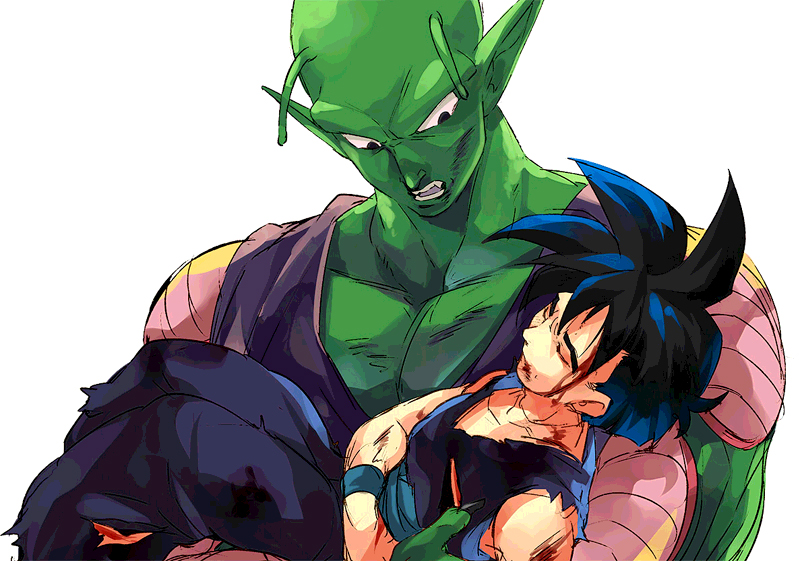 The boy’s first console was a Sega Saturn, and his second was a Mega Drive. He loved the Sonic the Hedgehog games, and the third one presented him with what would become one of his all-time favorite characters: Knuckles the Echidna. Now, the boy didn’t gravitate toward the more villainous characters, but after finishing the game, this one intrigued him. “Why did he attack Sonic and Tails in the first place?” he wondered.

As it turns out, he was just protecting his home and the Master Emerald. And, being such a prideful and duty-bound individual, he was taken advantage of by Doctor Robotnik, who made him think that Sonic was there to cause problems and steal the Master Emerald. The nerve of the guy! Now I understood where Knuckles stood and the reason for his actions. Especially when he recognized what was going on and took responsibility for his earlier actions by helping Sonic. Knuckles, the honorable and cool AF protector of Sky Island. 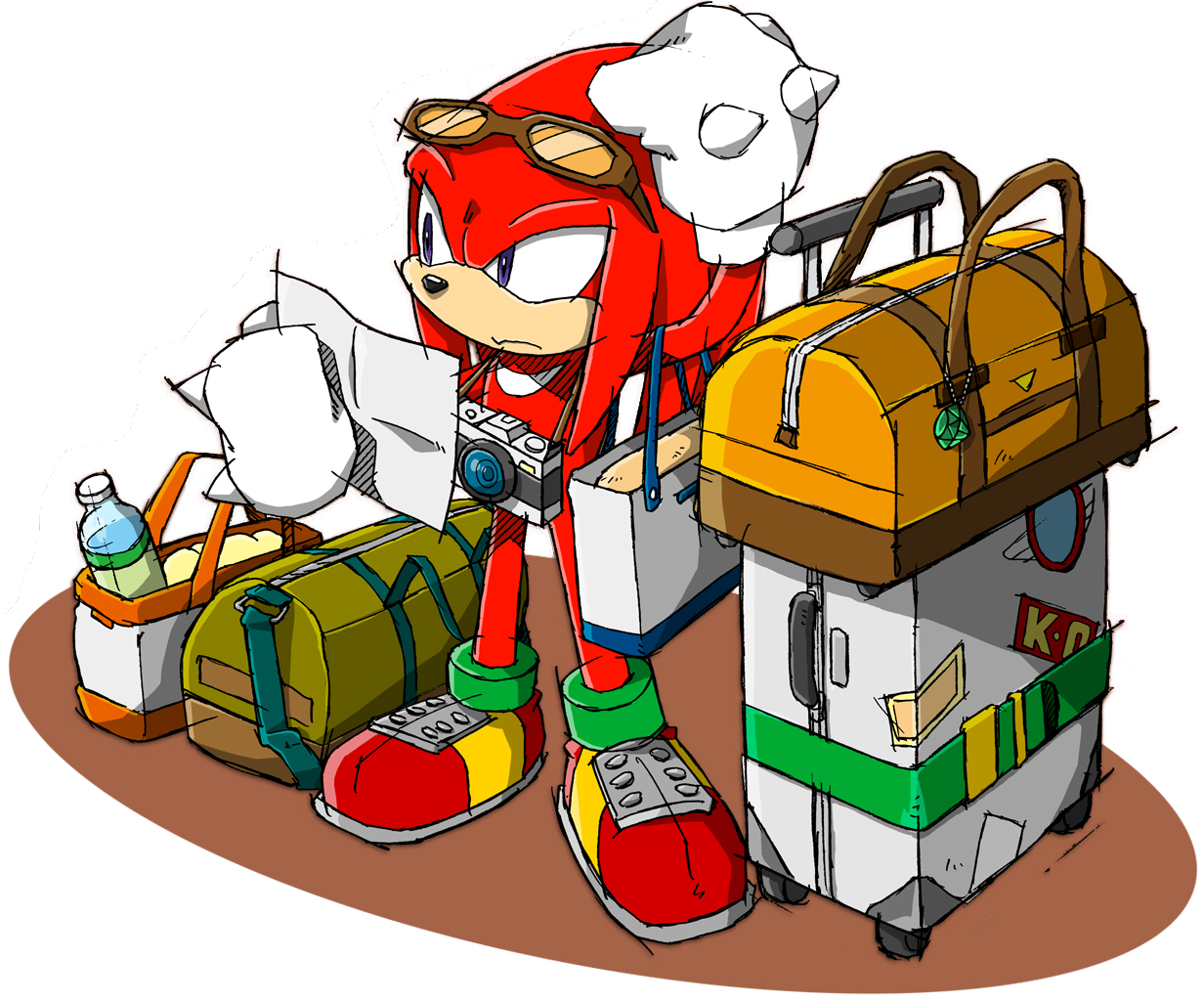 Many years later, the boy would get a Gamecube for his birthday and then would go on to buy Tales of Symphonia – his first game in the series. Besides how jaw-dropping the existence of a second world was for him (meaning, double the play time and double the cast of characters), there were two characters that really resonated with him: Zelos and Regal; the first a narcissistic playboy Chosen one, the second a fallen noble who was incarcerated for murder.

They appealed to him for very distinct reasons. Regal struck at the morals he thought he knew and his sense of responsibility. “One should never kill” he was taught, something which Regal clearly agreed with, but he felt he had to do it anyway in order to save the one he loved. Being such a prideful man, he swore to never use his hands to fight again. He did break this vow, however, but not for any random reason. He did it in order to save his friends. And the boy understood that his own pride should not be in the way of his loved ones’ safety. 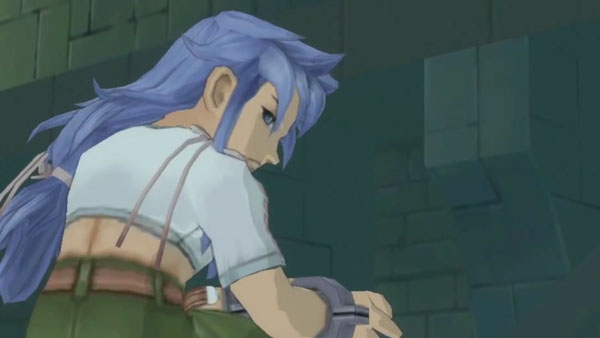 Zelos was rather intriguing to the boy. Extremely obnoxious and someone who he’d probably never hang around with in his everyday life, he enjoyed his fighting style however and he could be pretty funny, he admitted. Then comes a point in the story when the boy found out about Zelos’ sister, about the front he puts up and the weight he makes himself bear in order to protect her. He may not be upfront about it, but he cared immensely for his little sister. The boy’s opinion on him had changed. People are indeed much more than what they show others.

Not only that, the boy then strove to deepen the bond between Lloyd and Zelos, which led him to the moment in Flanoir when Zelos’ childhood came into light, along with how he had to deal with his mother’s dying words for the rest of his life. Zelos never felt wanted by anyone, never trusted anyone, but here he was, telling it all to this person he finally came to trust. This person who he had actually betrayed not long before. But he decided to take responsibility for his actions and to try and make up for them. Amidst all the crying this scene caused, the boy knew that Zelos was someone he’d definitely hang out with in real life. 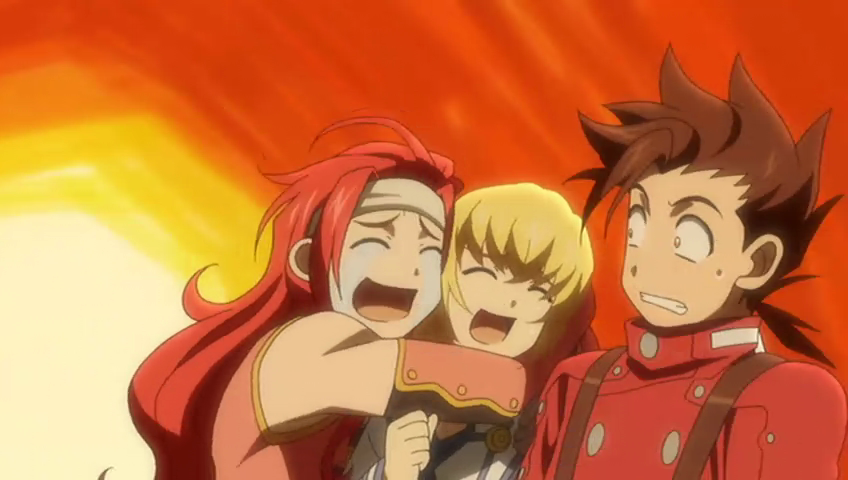 Many years have passed since then, and the boy is now an adult. He still loves his games and his cartoons, although the way he enjoys them has evolved over time. Not in a way that covers the innocent, child-like enjoyment he once had; rather, he celebrates that.

When confronted with some of the same questions which defined his childhood come up, he still has the same answers: Leonard, Cyclops, Zelos…The ones who taught him to be responsible, to be honorable, and to be kind.

Thinking about it, maybe there may some deeper reasons for his color of choice – Blue – and why he tends to leave his glasses resting on his head.