What a Wonderful World: crafting a memorable game environment

NOTE: This article was originally published on Gamasutra on 09/15/2015.

Immersion. It’s the state of consciousness that we feel when we are deeply engaged and involved in a certain activity. In the case of video games, it is the phenomenon that alters our sense of awareness by placing us in an engrossing virtual environment. It’s the feeling that we get when we’re being transported to another world or universe that can be completely different from ours, and it enables us to let go of reality and focus on the playing experience.

For several generations, video games have served as a way for many people to seek distraction and relief from unpleasant realities. But the immersive, presentational, and interactive power of the gaming medium only became more and more apparent as technology advanced and new approaches to lasting appeal emerged. That power heavily stemmed from the world-building capabilities of video games. 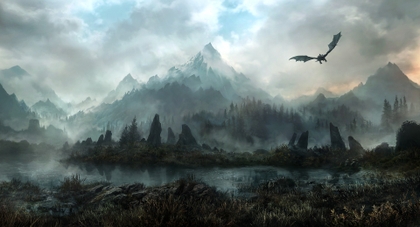 When the player first boots up a video game, he/she is immediately treated to one of the most important components of the audiovisual presentation that makes up a huge chunk of the experience: the game world. This fictional, and fantastic/familiar environment can leave a huge impression on the player as he/she explores the virtual world and uncovers its many secrets.

This process is responsible for immersing the player into the overall experience, and it can serve as an important tool for the game designer to develop an incredibly unique and special kind of game, one that can appear real and believable to the player.

To prove my point, I’m going to list three important elements that the game designer has to consider when crafting an environment for his/her game. Each component shall include an example of a game that gets the environmental aspect to a tee.

When it comes to depicting environments that can evoke feelings of awe and wonder, video games know no equal (not even movies since interactivity plays a huge role in immersing the participant). Part of that magic comes from the sundry physical layouts the game designer can include in the world-building process. Exploring an intricately designed game world that harbors several regions/areas with distinct characteristics and noteworthy landmarks can help keep the player engrossed into the game and enhance the feeling that he/she is on an epic journey.

Dark Souls’ Lordran is a particularly interesting example of a game world that can impress the player with its multifaceted layout. The constituent locales that make up the land of Lordran (Blighttown, Anor Londo, The Undead Burg…) are all connected in some way, and it gives the game an cohesive vibe that the player will eventually pick up as he trudges through the dangerous castles and caves that house all kinds of grotesque and feral entities. This unique and interconnected approach to world design is what makes Lordran such an eerie and fascinating place to explore, and it enhances the feeling of discovery (and relief) when uncovering new shortcuts and bonfires. 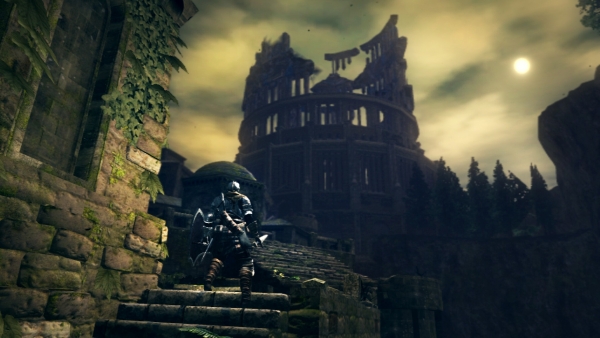 The layout of a game world plays an incredibly important role in heightening the sense of exploration that the player embodies throughout his/her adventure. A haphazard layout can kill the immersion and let reality come crashing down on the participant, essentially undoing the things that games should strive to do: draw and keep the player’s attention. Thankfully, careful planning and a creative imagination can help the game designer achieve synergy in world-building.

But it’s not just the physical space itself that can impress the player: the feel he/she gets from the environmental ambiance is also a critical factor in creating an engrossing game environment. This feat can be accomplished through a balanced mixture of presentational elements such as the soundscape and the various visual effects that can litter the landscape. Both sound and graphics can work together to create a game world that feels realistic, something that can definitely enhance the immersive qualities of the game and improve the experience’s long-lasting appeal.

It’s hard to talk about atmospheric environments without mentioning the Zone, the radioactive exclusion area that serves as the setting for the STALKER games. From the quiet and spooky Cordon to the infamous Chernobyl power plant, every location in the game oozes with tension thanks to the game’s incredible use of ambient sound effects (e.g. dog howls, cricket chirps…) and day-and-night cycle. Rarely does the player feel safe in STALKER, as the oppressive atmosphere relentlessly haunts him/her. And that’s without mentioning the bandits, anomalies, and mutants that populate the dangerous game world. It’s that attention-to-detail that sells STALKER as an atmospheric tour-de-force. 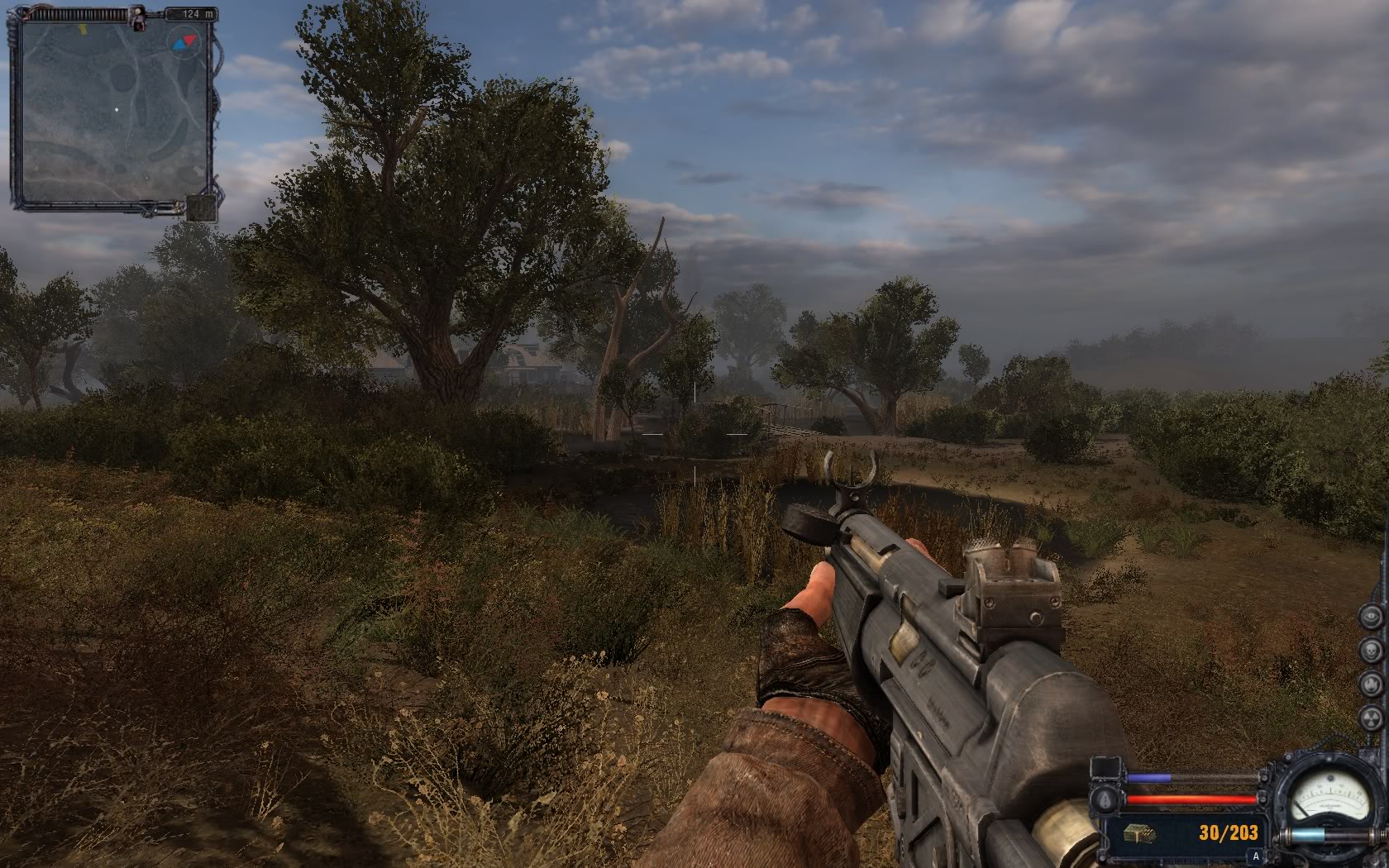 Nailing a game’s atmosphere is one of the best things the game designer can achieve when crafting a virtual environment. It transforms the interactive experience into one that feels incredibly believable and palpable. Whether it’s charm or fear, ambiance can instill a lot of thoughts and feelings in the participant, and shape the overall tone of the game. As a result, the player can’t help but feel engrossed into the world that he/she is exploring.

The third and final element that can constitute a great digital environment is the self-contained back story that can serve as the main backbone of the game world. Lore can play an incredibly huge part in keeping the player invested in the experience by harboring interesting tidbits and pieces of information about the game world and the events that unfolded in it prior to the start of the player’s adventure. It’s up to the player to piece out the full story from the bits he/she collects throughout the course of his/her adventure, which adds greatly to the sense of discovery and exploration that a lot of games rely on.

The Fallout series is incredibly well-known for its deep lore and intriguing take on post-war Americana. From the Big Empty to the Capital Wasteland, each and every location in the Fallout universe is filled with secrets and information about what happened in the past. Such (hidden) knowledge compels the player to explore his/her surroundings. The retro-futuristic aesthetic and tone that permeates the post-apocalyptic game world only adds to the appeal and value of the knowledge that the player gathers from the vaults and landmarks that he/she visits. It’s just one of the many reasons people are still roaming the vast and expansive environment that’s full of interesting stories. 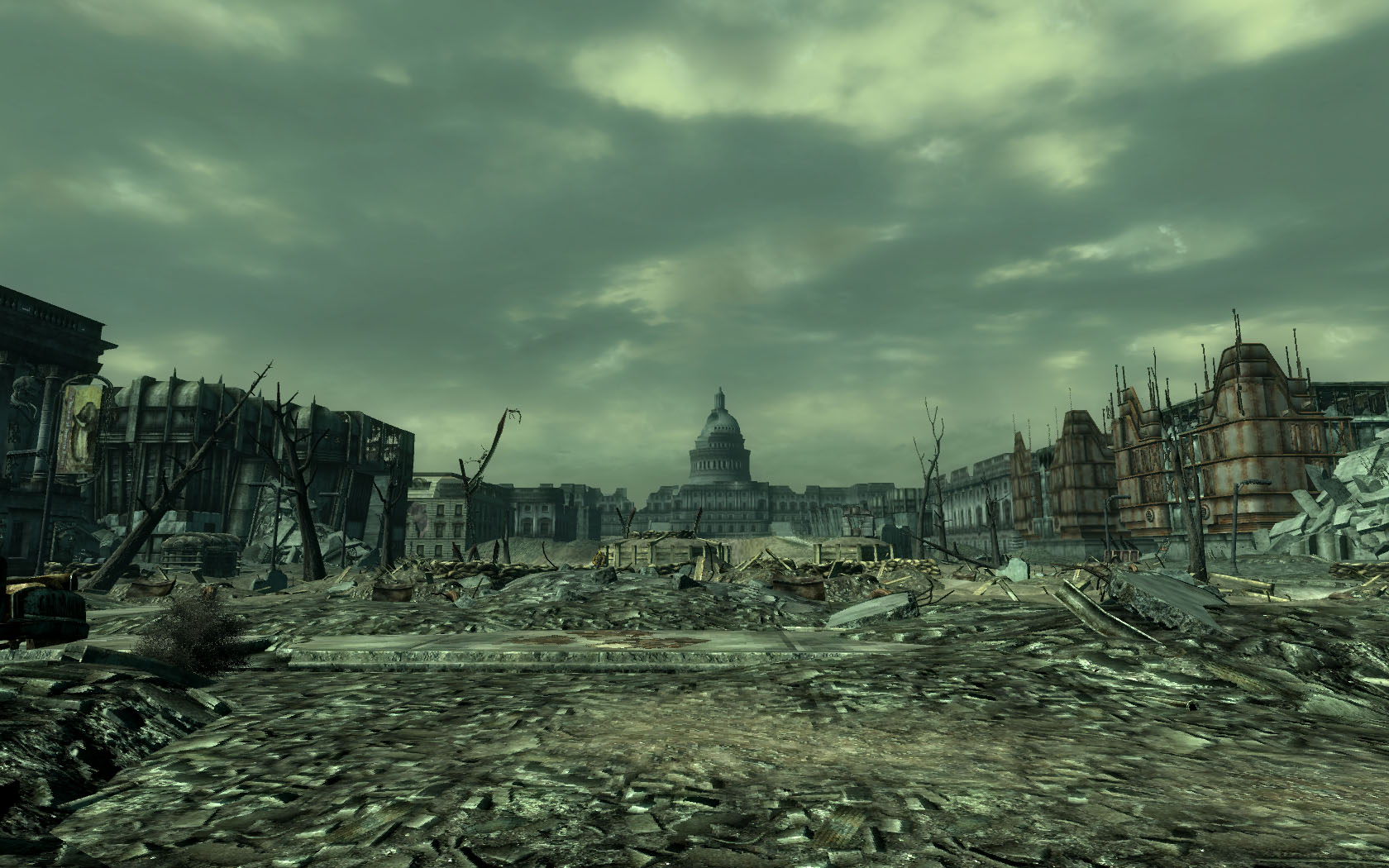 The game designer has the potential to build a memorable virtual world by taking the time to craft an interesting and, if possible, extensive universe that can complement the presentational and environmental aspects of the game he/she is making. Doing this requires a lot of planning, ingenuity and creativity. But with perseverance and dedication, the designer can come up with a truly unique backstory that could make the exploration bits that much more exciting.

Saint Augustine once said that “the world is a book, and those who do not travel read only a page”. That same line of thought also applies to the game world, and the designer has to take world-building very seriously if he/she ever hopes to create a memorable environment for the player to explore. The designer has to compel the participant to roam his/her digital surroundings by taking the various components I listed to heart and using his/her creative imagination to build a highly detailed and immersive environment that impresses the player with its structure, ambiance, and backstory.

Let me know what you think of my article, and feel free to share your opinion with me or ask me questions! I’ll do my best to reply to your comments and messages.