A few years ago when I was still trying to get a degree in music, I had a teacher of musical composition that would always, without fail, take 20 minutes of his classes for musical appreciation. We already had a class on that subject but it was optional, so not everyone would attend them. His was mandatory and there was no escaping it. Now, those 20 minutes were more often than not an excuse for half of the class to fall asleep. Personally I didn’t think they were bad, but his methods were ineffective, to say the least. I retained pretty much nothing from his classes, with one exception. Towards the end of the semester, he decided to end his class early and asked us what we learned from all those 20-minute sessions we had all year. He indulged the few who answered for a couple of minutes and then started to talk.

What he said next was something that never left my mind. He explained that the greatest composers imbued their work with purpose and meaning. How a good song has lyrics that tell a good story, but a great song can tell you its purpose even without words, as long as you’re willing to listen. He wanted us, as future musicians, to question why a song was composed that particular way, and for the answer to be more than just “because it sounds nice”. He quickly lost his train of thought after that, but I think he got his main point across.

It’s been a while since I disconnected myself from that world. There’s much I’ve already forgotten: lessons, places, faces. But that idea is something that stuck with me. It subconsciously changed the way I listened to music, making me pay attention to certain things that I’d never would’ve noticed otherwise. Especially when it comes to video game music. Every now and then, I come across a composition that triggers that part of my brain and sends my imagination flying. This is a blog dedicated to one such song. The main theme of Odin Sphere Leifthrasir. 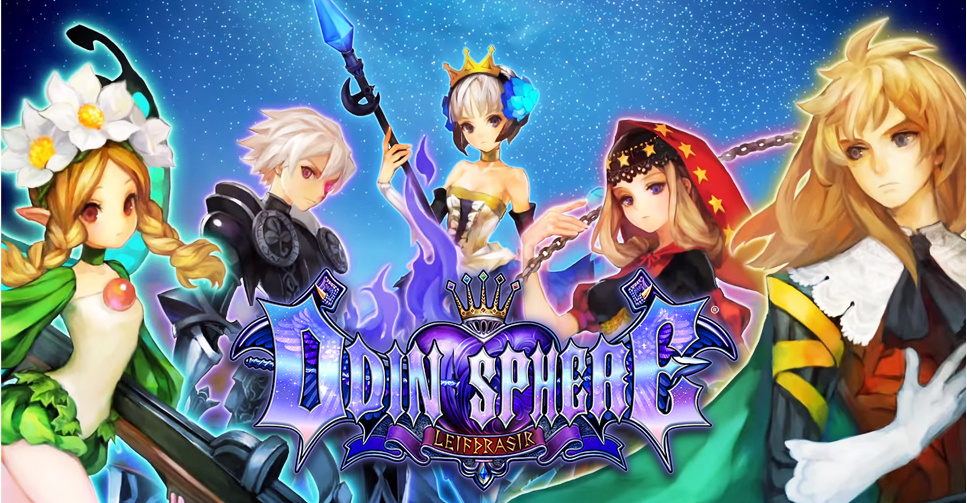 To explain why this song works so well, I’ll need to mildly spoil the plot for you. The story of Odin Sphere is told through the eyes of a little girl named Alice, as she reads a series of fantasy books her grandpa keeps in the attic. Those books tell the story of a land called Erion, and of the coming Ragnarök the land is destined to suffer. There is a war going on between the fairy kingdom of Ringford and the nation of Ragnanival (basically Asgard), as they fight over an ancient magical artifact known as the Crystallization Cauldron, an ancient weapon that once brought an untold calamity to the land thanks to the ambition and greed of its previous owner, King Valentine.

Each book is dedicated to one of the five main characters of the story, and you play them in order, watching the events that led each of them towards the inevitable end. It’s a lot more complex than what I’m making it sound like, as each story is intertwined with each other, and they all converge in the final book, aptly named Armageddon.

It’s a mixture of fairy tales and Norse Mythology, sprinkled with a little bit of Shakespeare on top, and with the amazing 2D art that reminds me of a children’s storybook (very fitting if you ask me), it gives the game a unique air that you can’t find anywhere else. This backdrop gives context to the song and explains why it's performed in a Celtic style. The version of the main theme played at the end of the game during the credits it’s called "Shanachie Version" and was performed by a Kansai-based band of the same name. The name has an interesting meaning: it’s an Irish word for a traditional Gaelic storyteller, a bearer of old lore responsible for passing down important stories to future generations. It's a description that fits this song to a tee.

Make sure to listen along. Headphones highly recommended.

I’ll specifically be focusing on the new arrangement made for the Leifthrasir remake, but most of it applies to the original version as well. The first thing to notice is the leitmotif. You hear this recurring melody many times throughout your journey, most notably in the main menu before you even begin. As such, it’s a melody that sticks with you. So when the Shanachie version started playing and that simple melody took on a whole new form, it made me reflect on the whole journey. The whole game came full circle at that moment, with the music bookending the start and end of the game beautifully.

But this time, that motif is different from the get-go. The vocals this time are imposing, taking center stage and demanding your attention, a fact that is reinforced by the lack of almost any instrumentation until the 1-minute mark. From that point, a harp enters the scene. It accompanies the vocal lead as a background element. Like it's listening to the words being told and absorbing each of them, the harp does not disturb the voice, following its lead until it dies out halfway through the song.

And then something magical happens. As the vocal ends, the harp takes the main stage, playing the exact melody the vocals were just singing a moment ago. And not long after, it's joined by a Swedish bagpipe that takes the background role the harp was playing just a minute ago. Then a violin takes the lead accompanied by various flutes, and from there, the song expands, as more and more instruments play their own takes on the motif, in a back and forth where they expand and complement one another. That was the moment the song clicked for me. It’s like a story being told and retold throughout history, from parent to children, changing little by little each time, but always retaining the heart.

I love this composition. It reflects the aspects of the game’s plot (as we find out that the books Alice is reading are not so fictional after all) but some aspects of our own world too. As a kid, you probably once believed some fairy tale your parents told you, whether it was Santa or whatever boogieman your culture happens to have. And in the past, myths were used to explain phenomenons that we just couldn’t understand at the time. We created entire pantheons of gods and fantastic tales to explain all sorts of things, and those stories stayed with us to this day. At some point in time, those truths became history. Then history became legends. Then legends became myths. And myths became fairy tales. Odin Sphere's theme feels like that process given musical form and brought to its logical conclusion. 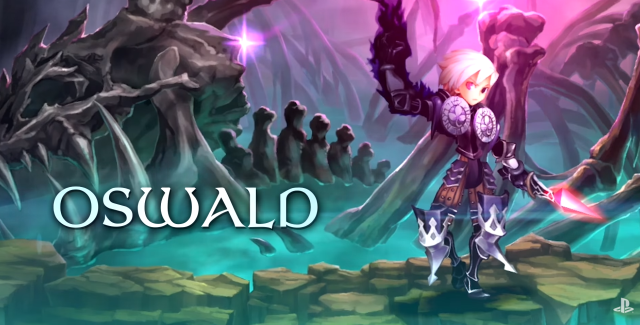 Oswald is best boy and I will not hear otherwise.

Honestly, there is a fair chance that I’m full of shit here, and I could very well be overthinking all of this. But this is what's so great about art. We can all consume and interpret it in our own ways, and no experience can override or invalidate the other. There’s great value in sharing and consuming other people’s views in such matters, and that experience can only make us richer.

Personally, I choose to believe each and every element here was carefully crafted and deliberate, imbued with purpose and intent. Just like my old teacher used to say. And I like that thought a lot.