Well I totally don't get how far we have come from the 90s.

Is it just that time simply passed and people moved forward? Is it that the spining of the earth around the sun actually have an effect on the inhabitants?  Or is this Frozen Yogurt movment caused people  enjoy delicous yogurt and relax when they should have been freaking out that the aliens in the back are tanting it with their sercret mutigans to make everyone zombie slaves.

Probably not that. But it seems like every two steps forward there is always one step backwards. Or at least in gaming it seems that with on push of technology there is a bunch of useless facts and statistics that people love to fight over and hold over each other. Like how the Jagure was 64bit... 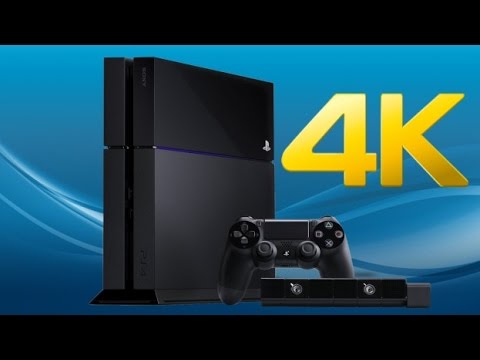 With the PS4 that is "4K" ready I kind of have to laugh to myself. Its not that I am some snob that is laughing at the latest tech in his room when he knows for a fact the single thing that huge vocal minority of gaming have been somewhat drooling over is not really the technology they really wanted. (Well sometimes I am that guy) But for the few that really care about 4K...

Well lets dive into the technology: First of all 4K was refering to having 4,000 pixels horrizontally. Hints the name... But consumer grade tech right now is no where close to being able to use this kind of technology. Simply to say TV manfactuars and broadcast people did not want to go all the way due to the costs and costs. So they opted out for an inferior resolution of UHD 4K which is:

Less to say its the same BS they pulled when they were doing "HD" 720i which technically had the resolution "kind of" but exactly half of the lines and half of the frame rate, Which compares to 540P actually was much worse in quality. But for some people having a larger image is more important than having a good looking image. The good news is that UHD is generally Progressive as no one will allow for interlaced media anymore unless they are converting or just need a super fast monitor.

Also did you know that Sony and Microsoft are two companies that are part of the UHD Alliance? Which basically is a guild of media makers that agree to make UHD content and continue to confuse the crap out of the general populus with the 4K UHD logos. Why did they do this? I really don't know except for that they were afraid that the costs and the technology and the US internet service are and still are not ready to support such high quality media.

So back to video games. So what Sony is not saying in their leaks is that their new system will only upscale to UHD and strech that to fit 4K.

Because as highly we acclaim our video game systems...

Right now the industry has moved stupidly in rewarding engines that are not well optimized at all. But I guess that is what happens when there are AAA that can keep pushign the same series, the same train wreck over and over, and get away with it since their game is "too big to fail". I am pointing directly at Battle Feild. Not that having all the extra physics and stuff that takes up tons of processing abilities is great... but honestly I though the industy had learned from Natural Selection 2... When you push the technology to the point that only your devloper super computers can run it... some one makes something better, cheaper..., and faster and steals you whole market.

But with the mega corperations making sure that PR, NEWS, TV, WEB, all say otherwise I can totally see why nothing has tapped the market. Because for all the bullet holes in their game desgin they have the advertizing to get around it.

Last generation video game systems sucked at doing 720p and 1080i... This generation they suck at doing 1080p... next generaiton they are going to suck at doing UHD not 4K... But the most saddest thing about all of this is? Its that even those visuals are being upscaled and not truely that quality of those images. Which is a thing that all video game consoles basically did. (Except NEO GEO, but that is because is was an arcade machine in a home console, though it had to scale sprites too)

So another tech nerd rant. The think is right now all video consoles use an 8bit video signal that can be "upscaled" but is not nativly 12-bit.

Why does this even matter? Did the graphic differences between the Sega Genesis and the Super Nintendo matter?

It's kind of the same deal here it deals as all the consoles right now have a low video depth, so even if you got the TVs with HDR aka 10-bit... you will only have a minor increase in quality that is not native for the image being generated.

The thing is that most sales people focus on is resolution... Which in this case is one that is sub "4K" and trying to pass it off as 4K UHD... there is a lot of values that simply do matter to the image and it is a total shame that there is such a differece in the information that is getting passed around.

You know the XB1S might jump to 10bit color depth this generation.. but in the long run still runs the same models... The same color assests... So it probably wont make much of a difference in the long span of things when you truly understand that it is still sub par in comparison to true 4K. ( still about 4x the difference) But yeah the XB1S will have to be much more powerful than the XB1 to handle all the extra coloring and shading brought by a 10bit image...

Even then don't think your PC is even close to running true 4K...

Even then the acutal 12-bit assets are not there unless you are doing raw 4K footage. Most games don't actally render those colors cause it would slow everything down.

So in the long run... its just better not to be a videophile and simply be happy with the things you have cause there will always be some new gimick that will cause your tech to be behind/underpowered.