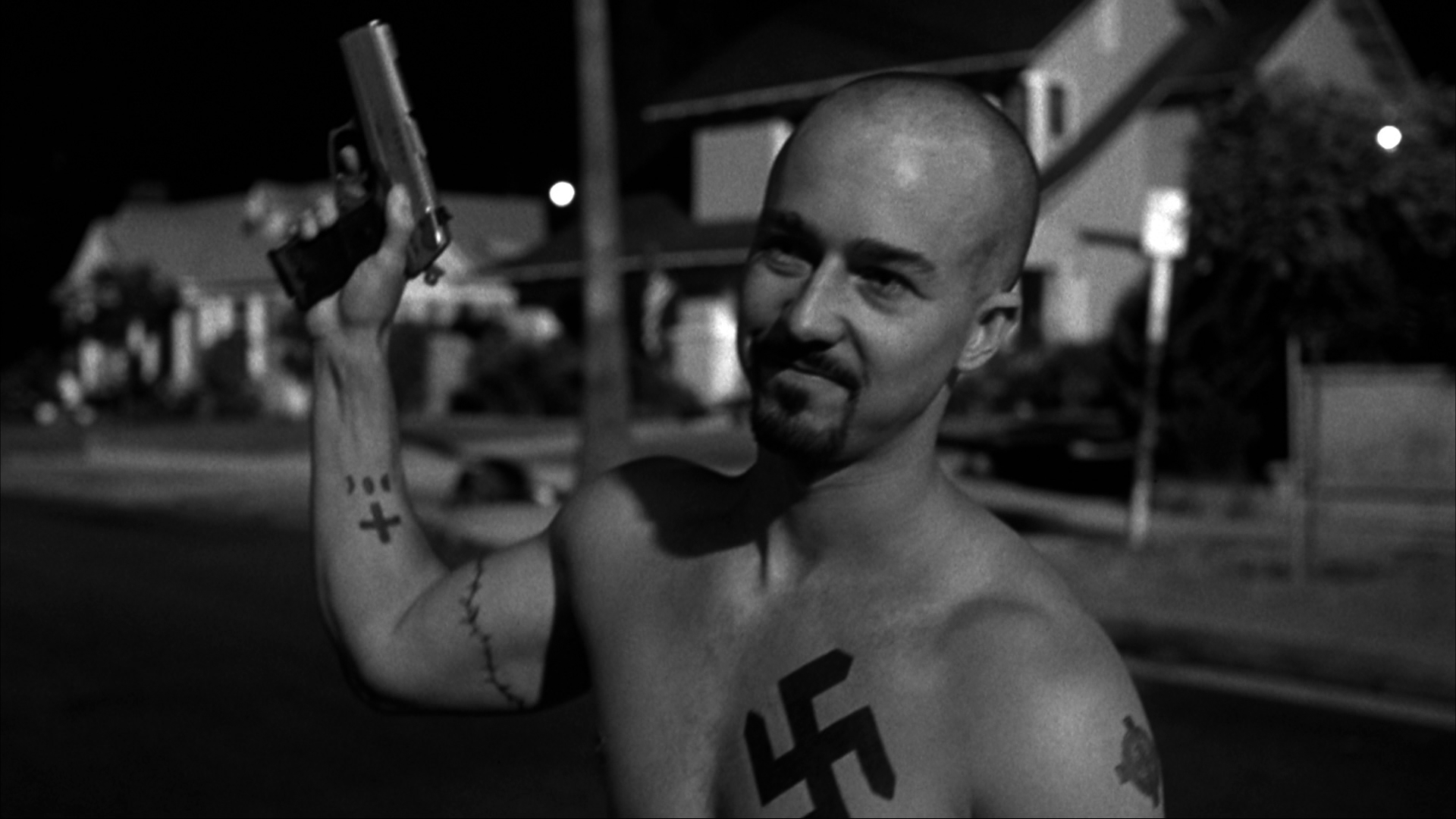 There’s a sickness starting to develop in gaming and it’s mostly in the journalism. It was kinda prominent with Gamergate but now it’s almost as if some journalists almost feel hip to look at gaming as a whole and dictate a contrarian view point as to what a game’s message ought to be about.

What I’m basically trying to say is, fuck diversity. 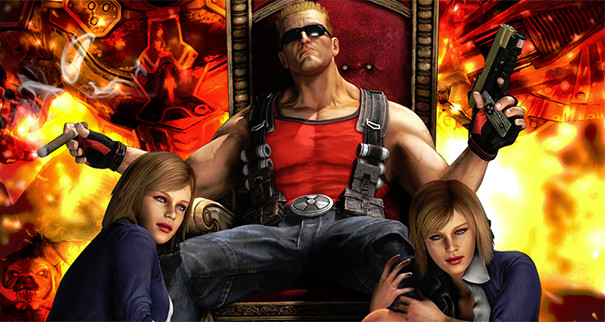 Games don’t need to be culturally sensitive to anything, people. No no, the devs and the writer don’t ‘need’ to have a sense of responsibility. They don’t need to change this or change that because people in wheelchairs feel unrepresented and they said a couple words that would offend. The devs don’t have to care about representing anything in their games. Now, they totally could be the type to bend, but in my opinion, they certainly don’t have to.

But why am I going off like this? It’s simply because what I’m advocating here is the premise that instead of telling what games should do or look like and box a game in a certain set of social rule, perhaps it would be journalism’s best interest to support creative freedom and back the fuck off the developer.

We read it all the time, the stereotypes, the impact, the message and the feminism. 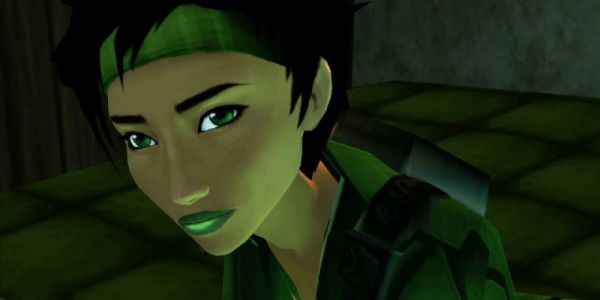 Here’s an idea, if the journalist is so passionate about certain qualities in a video games, how about they actually play games with those qualities in them (maybe like Beyond Good and Evil), tell the public what they like about them and promote that logic to the gaming world? But of course that would be too simple, they have to make it a humanities issue like they’re under attack by the gaming majority at large and describe an epic tale between the forces of a good and evil, black and white, woman and men, etc. ect. 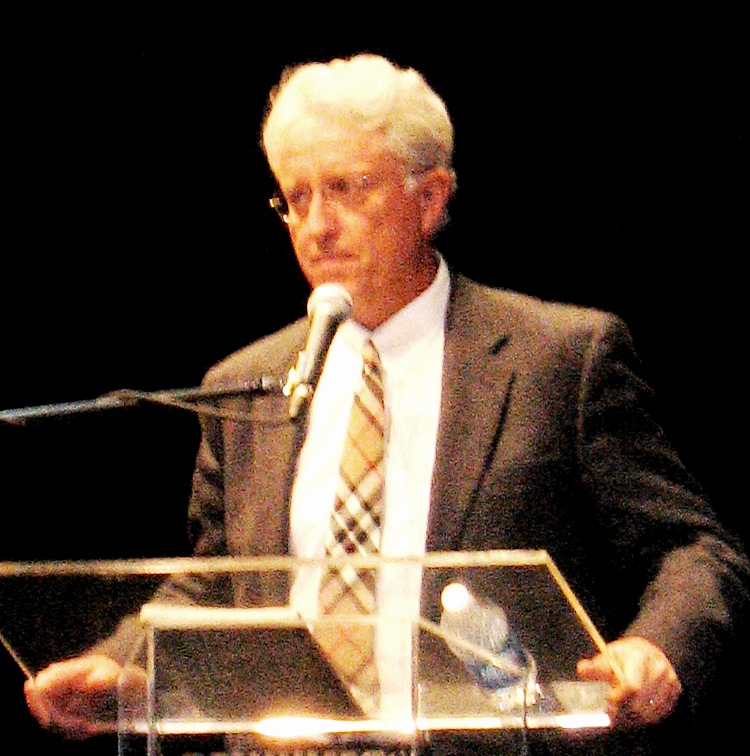 It’s annoying and it feels like I’m in a room with a bunch of liberal arts hipsters. I swear if we had the type of new-age ways of thinking prominent in the gaming journalism world in ’95, as we have today in ’16, 30% percent of all games would be crucified before they even touched the shelf. We wouldn’t need the likes of Bob Dole, Hillary Clinton or Jack Thompson. Our super socially sensitive gaming journalist would have push gaming to its politically correct knees a long time ago. 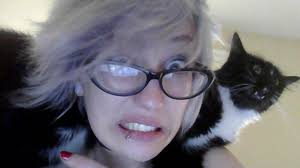 Journalist, it’s not cool, it’s not original and it’s certainly not smart. Its regressive crap pedaled as progressive thinking. And for any gaming journalist worth his or her salt, it’s downright hypocritical. Your prosperity as journalist has been built on the freedoms of the video game industry and now you want to limit that said freedom? Please.

And what bothers me is this, we still have ways to go too. The video game industry has so much more to say about so many unpopular things and uncomfortable aspects about life. The last thing we should do is marking lines in the sand as to how should represent this or that. The fact of the matter is that, as a medium, video games are the most tamed when you think about it.

When you think about it, from a content point of view, video game are actually totally behind the times in every single controversial angle. Established liberties found in books, movies and music are yet to be articulated in gaming.

Where’s the sex in video games and why is the gaming community at large so afraid of it? Why is it okay for the movie industry to for two characters to take each other spontaneously during an adventure and literally show how they’re fucking, wake up in bed the next morning? They pour an OJ and get back to work. Even casually. It’s all over the place in every other medium but we walk a line in gaming I find and the social norms spook the creators into editing the original vision, even subconsciously. 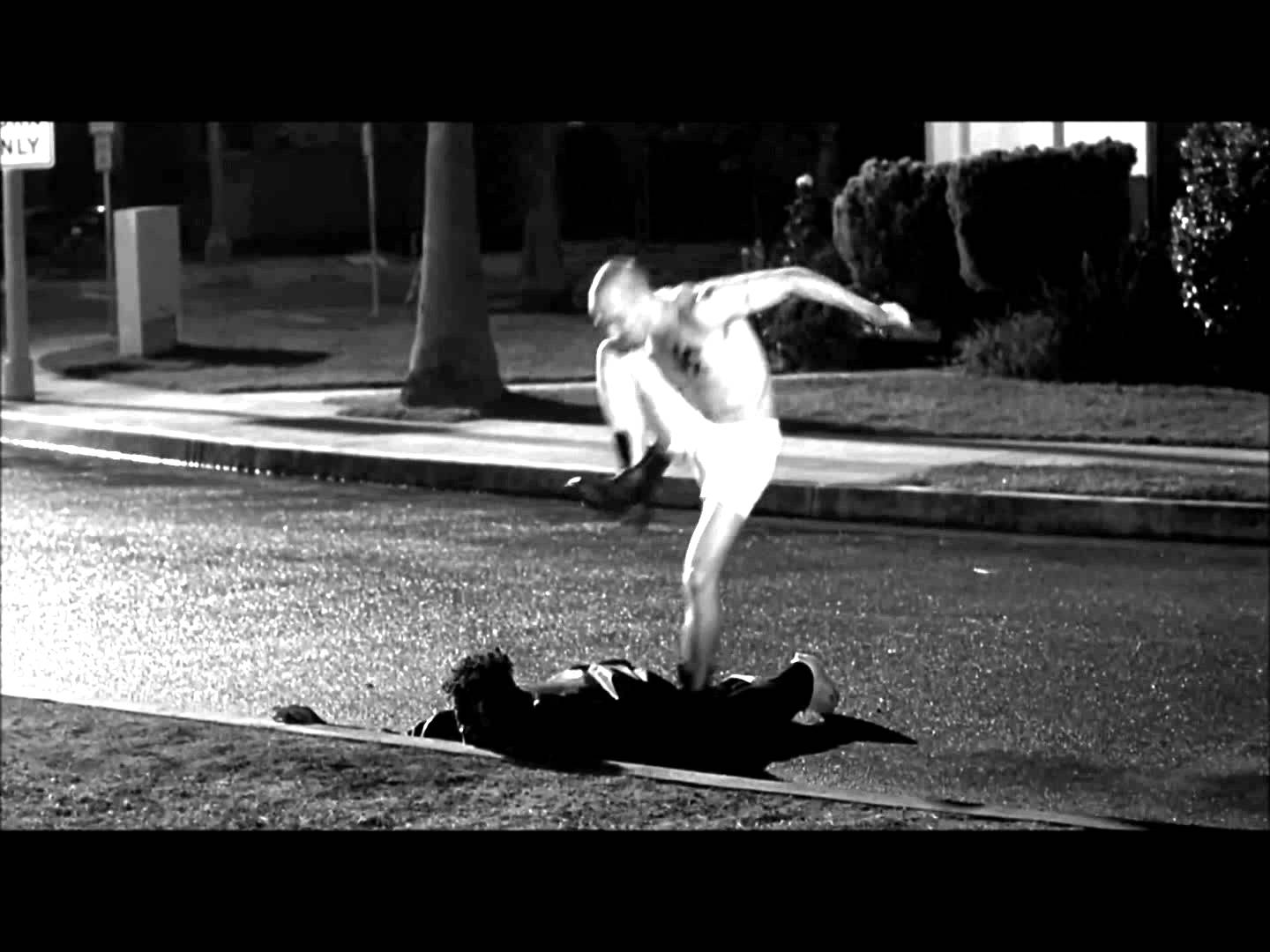 I look at the movie industry and the things it has been able to accomplish. Do you think we’d ever have game like the movie American History X? As it social climate stands today in gaming, do you think we’ll ever get to a point in gaming where you can convey the virtues of white supremacy in one scene and curb stomp black people in the next? In order to convey the gaming narrative, do you think we’ll ever get to a point where we can say the word, ‘n!gger’ in gaming? Do you think us, as a medium, will have the liberties to express the message of that film. If you’re leaning towards the answer no, that right there, is the fucking problem.

In the movie industry, there are even far more controversial themes. Do you know what Lolita is? Do you know what A Clockwork Orange is? How about Schindler's List? Do you think we’ll have games like these one day?

Are we allowed to express an unpopular opinion, a controversial one or a typical type? Will the gate keeper of civility, the ones that have had so much to gain from the liberties of and prosperity of the gaming industry, our gaming journalist, please shut up? Because in your effort to keep everything colorful you’ve sacrificed the shades in between. 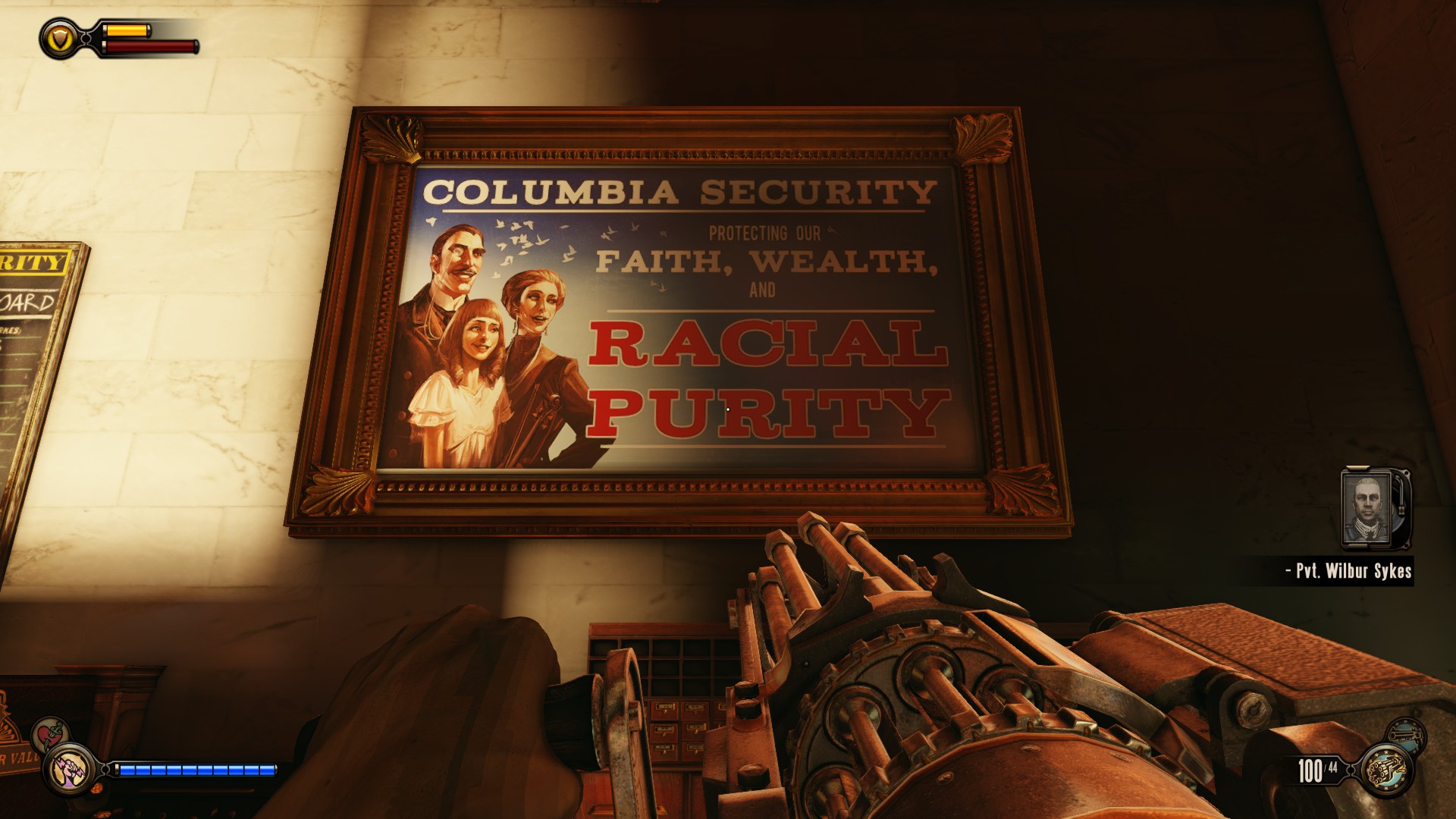 Show me everything, show me something different. Show me the something in a different light. I want to feel everything. That’s what it’s really all about.

I titled this article, ‘fuck diversity’ but ultimately what I’m really advocating here is real diversity. One that isn’t as shallow and looks past the surface. A diversity that gives voice to everyone, abhorrent or inoffensive. It doesn’t always come in a form that seem tolerant on the surface but I say, fuck that. I want my game developers to express every single ugly and beautiful thought they have with a passion. I firmly believe that gaming owes nothing but the vision of its creator. It owes society nothing. It’s like painting, it’s like literature, it’s like music, and it’s every single art that has ever existed. Like poetry, like a diary, ultimately, while we all speak about it, while we all involve ourselves with it. It ultimately only exist for the artist and we should allow them their liberty. 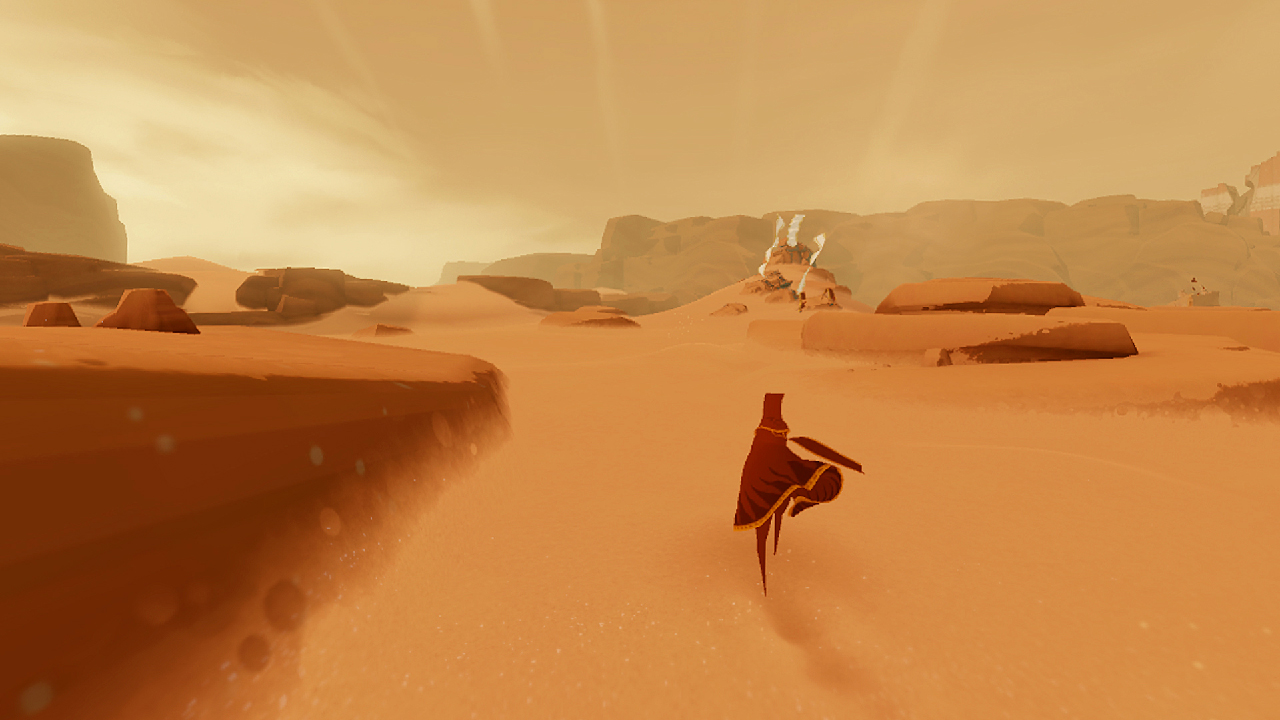