The Platinum Demo Has Me Worried About Final Fantasy XV 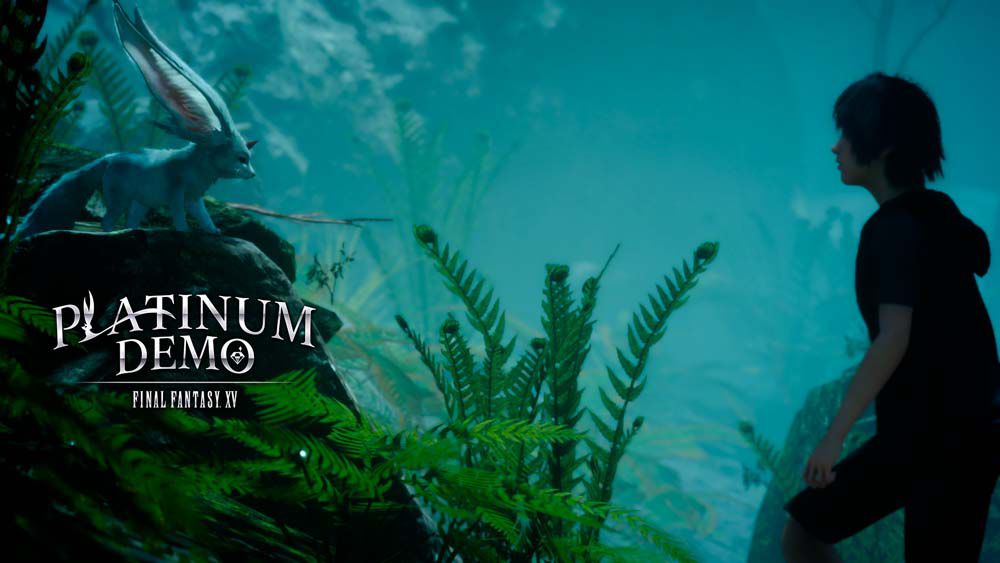 About a year ago, Square-Enix released the first public demo of Final Fantasy 15 packaged along with Final Fantasy Typo HD. I bought Typo just so I could play it, and it was worth every penny. Episode Duscae, as it was called, was a demo in the classic sense. It excised a chunk of the main game that showed off nearly all of the systems coming to the final release. It was glorious. Perfect! Everything I'd hoped Final Fantasy XV would be after ten years of waiting. It raised my hype through the roof and left me chomping at the bit for more.

The new Platinum Demo achieved none of those things. In fact, it might have undone them. Whereas Episode Duscae confirmed to me that Final Fantasy XV was going to be the amazing game I hoped it would be, the Platinum Demo has cast doubt on my eager anticipation. There's a few problems with it, starting with the fact that they'd make this objectively inferior taste of Final Fantasy XV the only taste available to the general public.

"But," you might be saying, "that's your opinion. You're calling it objectively worse when quality is subjective." Well, not really. It is, actually, objectively worse. See, the Platinum Demo is the worst kind of demo. It's the total opposite of what made Episode Duscae so good, which is why I'm so surprised they wouldn't want Duscae generally available. The Platinum Demo is a weird vertical slice type of deal. It's not a part of Final Fantasy XV and not really representative of what the game is like. It's overly simplistic and limiting to the point of being boring. The thing is basically a glorified tech demo, which, again, is a strange thing to release now that the game is six months away and the actual chunk of the game from a year ago was incredibly polished.

After playing the new demo, I worried that it would leave a bad impression with fans. I thought it might do irreversible damage to the Final Fantasy XV name. But people seem to inexplicably like it! What? How? Why? Even folks in the press who've played the previous demo seem to be into it. Am I crazy? There's no quests, no open areas, no party, no items, no cooking, no techniques, no parrying, no team attacks, no summons, and for more than 90% of the demo there's no warping which is basically the bread and butter of the game's combat.

What is there? Well, you can turn into a car and practice driving. You can also turn into a monster, which is not an actual feature of Final Fantasy XV, and you can change the time of day and the weather, which I must admit is absolutely riveting. It also offers a taste of magic for the first time, or what this game calls magic. That's a good segue into the second thing about the demo that concerns me.

I know that the finished Final Fantasy XV is going to contain all the things I mentioned that were in Episode Duscae but absent from the Platinum Demo. But there are certain aspects of the game that have actually changed from last year when Duscae was released. The game doesn't play exactly the same and this new demo is the first taste we've gotten of what the final build will be like. Either it's an absolutely horrible representation of that (which is honestly pretty likely) or we're in for some trouble with the final game.

The major change from Duscae has to do with the flow of combat. The system has changed from preselecting weapons for certain attacks to being able to switch weapons on the fly. I found the old system quite unique and interesting (and I assume it was changed because the vocal minority bitched about it) but the new one sounds fine on paper too and I was willing to give it a try. In the Platinum Demo, it's awful. Just terrible. Final Fantasy XV's combat consists of holding the attack button when you approach an enemy. In Duscae, you'd select weapons for different attacks in the combo chain. So you might pick a heavy claymore for the opening swing, then a fast sword for the main combo volley, followed by a spear to trust and finish it off. The attacks performed also depended on Noctis' positioning and the direction you were holding the stick. I had fun swapping the weapons into different positions to see what interesting new attack chains Noctis would perform. The counter attacks, for example, were all unique and awesome!

Conversely, in the Platinum Demo I had a few weapons to chose from that I could switch between with the d-pad. The sword had a basic three-hit combo and the hammer that did a bash attack. There were also a hidden shield and shrunken that, as far as I could tell, really only had one attack. I mean, on the one hand I want to believe that this is a byproduct of the demo being very simplistic. But how would I even know? This is the only thing I've been given to play and my impression is that it went from deep and interesting to simple and boring. That's the impression they apparently wanted to give me here.

But it gets worse than that, because this real-time switching brought about a complete overhaul of the controls that, quite frankly,I found to be perfect before. Duscae's controls make sense to me. I played it so much that they're still ingrained in my brain. You press the jump button when in defense mode to roll. Makes sense. You press R1 to lock on to an enemy for Noctis to attack and then the right stick cycles through them. Makes sense. You click in the right stick and the camera then follows the enemy. Makes sense. Scroll through techniques with the d-pad and execute them with triangle. Makes sense. Everything basically just makes sense. These controls are intuitive to me. I especially like having attack and defend on different hands so I can quickly and easy switch between them.

The Platinum demo was missing a lot of things. There was attack on square, defend on circle, jump with cross, and switch weapons with d-pad. During the boss fight, you could warp with triangle. That was it. If there was more to it, the game didn't tell me. I didn't touch the shoulder buttons because I wasn't told they did anything. The game seemed to just automatically lock-on to the nearest enemy and gave me complete camera control in combat, a system that I think is much worse than the previous one. Let me tell you something I absolutely hate about this, though: the attack and defend buttons. Why have these been changed? And honestly, it made more sense for warp to be cross/A than triangle/Y because you use it a hell of a lot more than jumping. The worst thing of all, though? Double duty buttons. Don't have evade and roll be the same button held for different durations! That's asking for trouble right there. It was very hard to get used to this after playing Duscae so much. I kind of hate it. Thank goodness I can rebind the buttons!
Then there's the d-pad. It's used to switch weapons now, but it's also for selecting magic and (I assume) other usable items. It's only got four slots! If you want to use any magic at all, that takes up a slot. An that means you only have three weapons. The more spells you want to have at your disposal, the less weapon options you have. This could be solved, easily, by the old "trigger alt" maneuver, by which holding a trigger changes the functions of buttons. And since the triggers literally are not used for anything, I don't understand how no one's realized they should implement this! Maybe they already have and it's just not in the demo. But that brings me back to the fact that this is a terrible way to sell a game. Release a demo that's barely interesting with none of the features of the actual game was supposed to be a good idea? What are they thinking?
So in the end, I don't know what to make of Final Fantasy XV any more. Will the Platinum Demo end up actually being representative of the final game or is their demo team just incompetent? I hope the core dev team was just so busy working on actual game that they had the interns make it. That's the only thing that makes sense to me. I mean, why not just update Duscae again and open it up to everyone?
I still think Final Fantasy XV can turn out to be a fantastic game, but the new demo has me concerned. Even so, I'm going to hope it was a fluke and give Square-Enix the benefit of the doubt that everything will work out in the end.