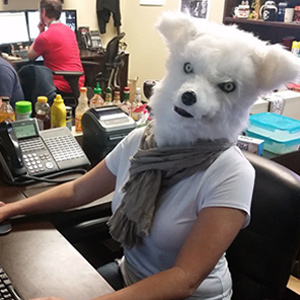 I’m actually writing this blog at work because I have a bit of spare time before I need to get off my ass and tend to business. Today though, I wanted to talk about something that doesn’t seem to register with leagues of gamers out there, public perception.

Now, to be clear, I don’t think that public image is the most important in the world but what our gaming demographic doesn’t seem to realize is that it legitimately damages their professional reputation in most case. And I say ‘most case’ because I understand that there are jobs out there that are gaming centric that doesn’t mind gaming culture in the workspace as their company is built on that in the first place. Like working at Destructoid or something.

But even in gaming companies at the top levels, I have to wonder if they tolerate people having their Nintendo 3DS out in the open of a board room meeting. When it’s out of the context discussion, I think, having gaming anywhere around your person does tremendous damage to your professional life.

It seems so basic on the premise of it but believe me when I tell you that many of the core-gamers I’ve come across and even myself in my earlier years, don’t seem to understand that anything gaming, handhelds, discussions, comparisons  aren’t winning you any promotions (again, in most cases).

I say this because as I sit in my office and take a look around, I reminisce on a man, that once occupied my post, undone by something I probably know ten times more than he does: gaming. And I just don’t say that ether. When it comes to gaming it's in literally every waking thought I have, if you haven’t noticed by now.

The thing is though, most of the people I work with have no idea how much of a gamer I am and I’ve been told by some that they can’t even ‘picture me in my pajamas playing video game’, making the comparison to something childish, obviously.

And, folks, that’s because gaming is childish and I’ll explain why. No matter how well gaming has integrated into society, to hold gaming as a priority is associated to those who hold, “having fun” as their sole concern. Naturally, the connection is made to children that legitimately prioritize gaming in the same fashion. So when you look at it, it’s pretty straight forward; gaming is about having fun, fun  is recreation and recreation is the direct opposite of work (typically). That stereotype of work and that stereotype of gaming are intrinsically at direct odds in that way.

So no matter how hard I tried to explain this concept to one of my coworkers, my boss at the time, he would dismiss the argument and carry on his merry way. He would, naturally, have to have sit down meetings with the owners of the company and make his reports and ideas heard to a panel but every time he spoke he had, in addition to his awkward demeanor, would throw in a couple inside jokes that would only resonate with the gaming public, if anything. The higher-ups would give each other looks and would try to see the good in his leadership despite his niche interest.

And to be clear, this guy wasn’t a casual gamer. We’re talking about a Nintendo/Xbox 360 type that prides his kill/death ratio and Zelda music. The problem was that everyone knew it in the company and as a result, didn’t take the man seriously.

Now we can be in denial about it and spout out the logic that the public at large is the one that needs to change its ways about us but I don’t think that’s realistic. I think what we need to do is take a look in the mirror, understand how the professional world around us looks at gaming and take it from there. Like I said before, unfortunately, gaming and people of gaming are going to look a certain way that’s disagreeable to the professional world in varying degrees; the prejudice is there and it exist. This blog is not a question of those values but one that helps puts us face to face with them.

My old boss would do a great job. Everything I know about the job has been taught through my former boss. The problem is that regardless of how great you are at something, I’ve learnt that having a limited edition Nintendo 3ds on your desk vetoes all of it. I specifically told him, “Bro, you’ve gotta stop looking up your Pokemon shit at work.” And he didn’t get it. I continued, “People are going to think you’re not serious, all it’s going to take is one fuck up and you’re going to look like a fucking child.” He smiled and said in his French accent, “C’est beau, Bradshaw, you see I do not care what people think about me. I am a geek and I’ve been a geek my whole life.” I left it there, the fact of the matter is, at the time, he was my boss so there was no real debate. I did appreciated that he was a gamer though, it allowed us to speak on things on another level, I found. 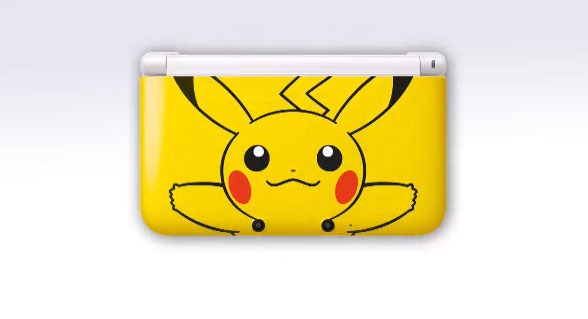 But the fact that didn’t understand the social ques around hurt him eventually. 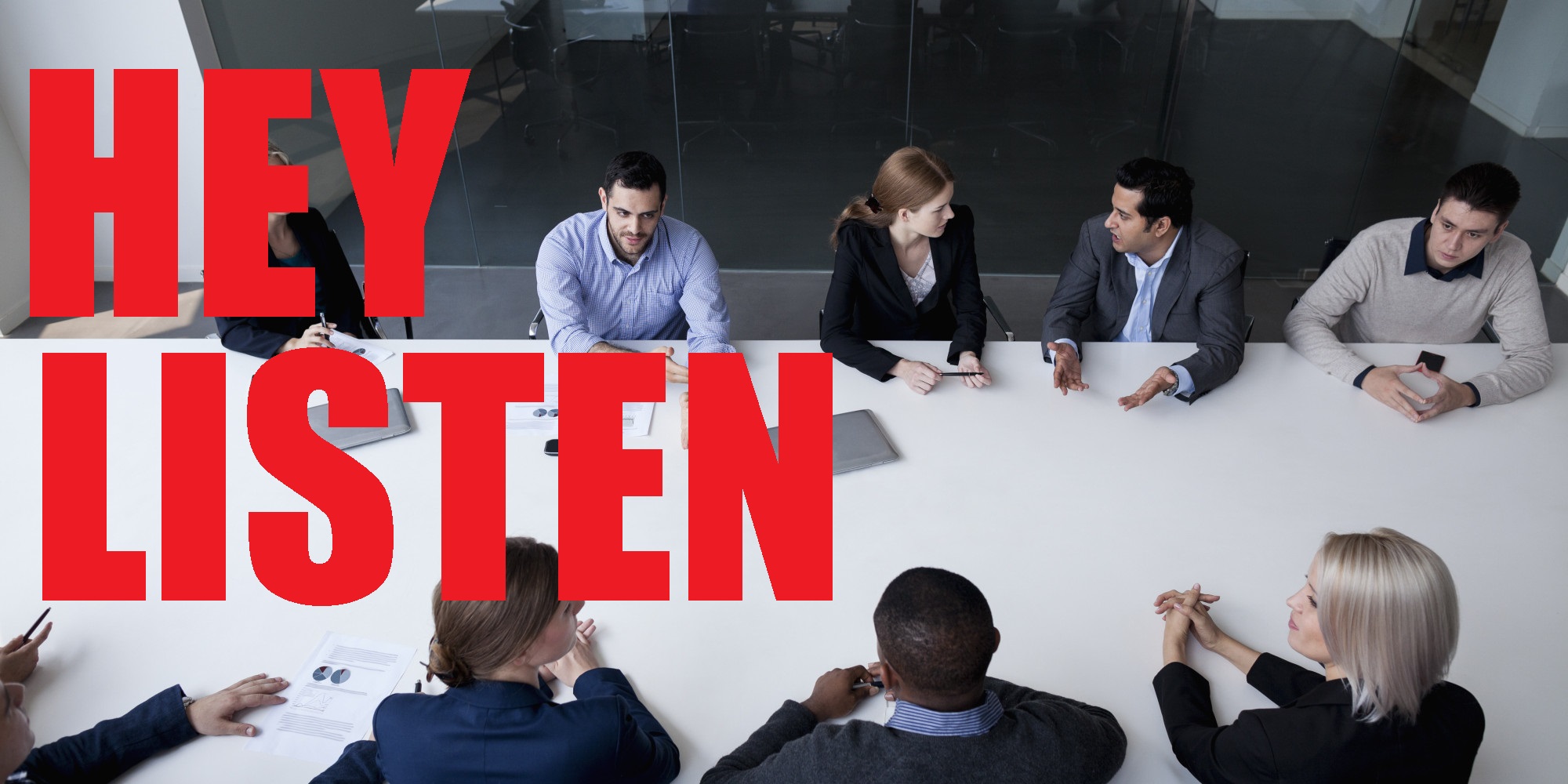 Honestly, all it took was one mistake. I won’t get in to it, but the client, the airline and rest of the higher up convened a meeting to come up with a procedure so the situation wouldn’t happen again. It turns out though, that because of a conversation I had with him the previous day regarding the Street Pass feature and my misunderstanding of it, he managed to bring that limited edition Pikachu Nintendo 3DS XL to work with him to show me and it sat next to his computer. It was bad that his text message on his iPhone was set to “Hey Listen” and his ringtone was the 8-Bit version of the Skyrim theme, now he’s brought his Gameboy to work. Mind you, it wasn’t like he was playing it but still.

So when the bosses all came downstairs to approach him, they all got the impression that he wasn’t taking the job seriously when his 8-Bit ringtone went off and everyone thought it was that toy on his desk. The client gave the building manager a look as to say, “This is the guy who’s managing our contract?” No one said anything until the owner said,” I don’t know what to say, I guess some people never grow up.

And with that, just in time for Christmas, he was brought upstairs and demoted.

Not to long after they explained to me, that they had no time for games and I took his position. And what do you know, I’m writing this blog.

I wish more gamers would understand that you don’t need to have a collection of Amiibo, gaming posters and gaming t-shirt to appreciate the art of gaming. Gaming is something that’s internal and it has a context. I feel like many gamers don’t understand that line of etiquette and don’t want to. The concept of societal norms and their expectations, at least in the professional world, are a little profound for them.

I remember walking around Best Buy, checking out Wii U boxes and telling an old friend of mine, who is also a gamer, this tale. He expressed his disagreement suggesting that it was a shallow thing to demote someone on, their love of gaming. The fact of the matter is though that we, as gamers, can disagree with the way people look at us in certain regards but so long as we want something back from the world, a world that has nothing to do with gaming, we are the ones that have to acknowledge our environment and make moves accordingly.

The quicker we learn that, the less disappointed we are going to be.  To me, that’s just common sense. 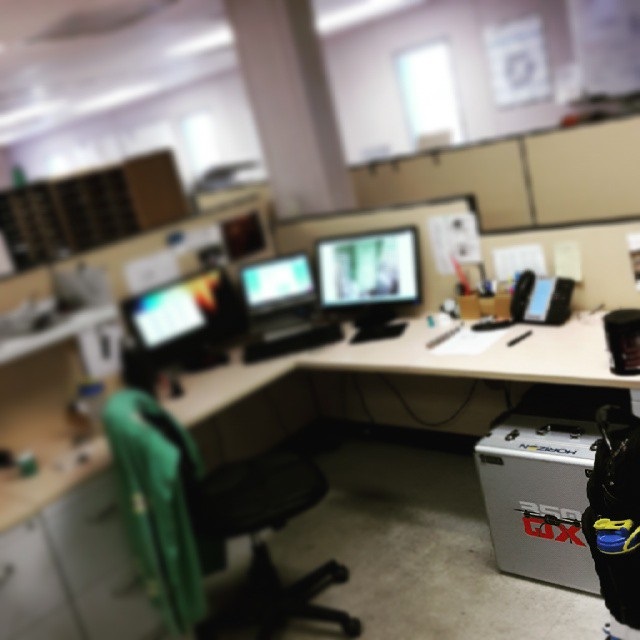