I think I get it now

A few days ago, Kouji Wada passed away.

This name probably isn't significant to some of you, in fact I imagine quite a lot of you have probably never heard of the man, but to me, I'd been following this for a... little while. I was only made aware of his dealings cancer when he had to leave Xros Wars in 2011 a third into the show (it went on to have two main theme songs and a few other insert songs all, while good, noticeably lacking his presence) due to it. He had actually gotten sick all the way back in 2003, though he did seemingly beat it for a time. 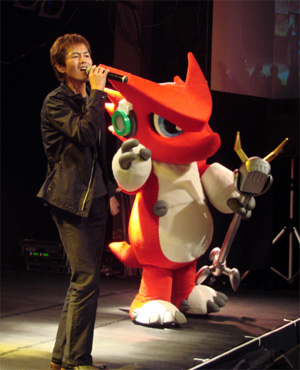 Just yesterday, I was listening to some of his songs and thinking how it was great that he must have recovered. He had recently done work on Digimon Adventure Tri, both the first and second part of it (which I plan to experience for myself sooner or later), and since I hadn't heard of anything in the news, presumably he was doing okay. Just yesterday, I was thinking how great it was that he had been able to make a comeback and resumed his career after having to stop because of it.

Unbeknownst to me then, at that point he had already passed.

This is hardly a unique story, I know. I know, and I hate that I know, that people have had this exact kind of experience before. It's even less unique if you saw the quick post I wrote first, but I realized that I had more to say about this than that could take as I was writing a comment in reply to myself, so here I am on the blogs instead.

Needless to say, I was stunned when I read the headline this afternoon. Literally less than a day ago, I'd been thinking about the man, and it was by now means the first time. Whenever I would listen to his songs, those sorts of thoughts tended to crop up. Now, no more.

Even though most of the songs he's known for are for shows like Digimon, I still find nice, positive, and uplifiting messages in them all the same, not to mention they're just plain good songs. They're great songs. Biggest Dreamer, FIRE!, With the Will, and X4B The Guardian are some of my favorites.

Maybe that's what the difference was with Iwata. No disrespect to the man intended, but I just have nothing like that to associate him with. There are often manga artists and voice actors (on both sides of the world) I wonder about from time to time. Artists of short comics I forgot about and can't remember the name to that I desperately, with all my heart, wish I could look up and find, but don't even remember enough details to perform a proper Google search.

Are they healthy? Are they even still alive?

Sometimes I wonder about myself too. Will I ever do something worth a complete stranger feeling like this about me? Will my life ever impact anyone, simply through my words...? Lately, I've come to realize that that, more than getting known or rich or famous or even popular, is probably my dream. I wonder if the things I'm doing are all wrong, and a lot of other things. Those have nothing to do with this, ultimately, but those sorts of thoughts... do creep in when this kind of thing happens, I suppose.

Maybe with the exception of writing, music is something that has power over me like very little else when it comes to "art." While I am certainly not his oldest fan, I can say without a shadow of a doubt that Kouji Wada, indirectly and across an ocean and miles and miles away, and his music have been there for me on more than one occasion. I can't count on all my fingers and toes how many times I've opened up the Xros Wars songs on YouTube and felt pumped or positive or whatever afterwards. 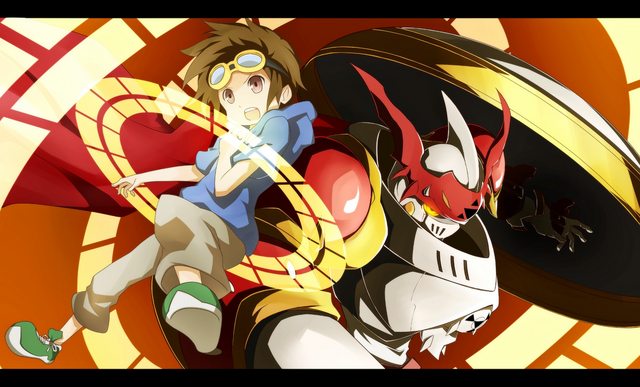 Some of you might remember when I wrote about my reaction to Satoru Iwata's passing. On the one hand, I still don't feel that "connection" that I felt I was missing then. That sort of lost, admittedly selfish "huh. everyone else is part of this but me." feeling, though that could also simply be a result of this not being as known a person.

At the same time... I don't really care about that this time either.

It's weird. I've never really had any super emotional attachment to celebrities who I know have died and such to the point I get emotional about it. Not like... Noticeably so. If anything, the Iwata thing was me wondering why didn't I get that way. Before today, there were none that I'm aware of, at least, but my memory could be failing me right now.

Yet here I am just sitting here listening to Wada's music, and yeah, I was crying a little for the first few. Not outright sobbing or anything, though I wouldn't be ashamed to admit it if I was. I kind of wish I had been able to, if that makes sense? Whatever. I'm not sure.

In the end, I'm not sure what to say. Really, I'm still a little stunned. Sorry if this is weird. I hope his family and friends have had some time to take this in on their own before the public. I don't know how popular he was, but I always think it's classier to not say anything about celebrity deaths right away, all things considered.

I guess, if nothing else, if/when there's a next time, and commenters are talking about how they're in tears, I'll be able to say, "Yeah. I get it now." and offer some tissues.

Wherever you go next, keep on rocking, Wada-san. And rest in peace in the meantime.