To a land of ice and dragons they came, eyes fixed... Heavensward!

Hi there! It's been a while since I've last updated this, but it is becoming harder each day for me to resist watching more Dark Souls 3 footage, so better concentrate on something! So, without further ado, here are some impressions from the game that has been keeping me occupied between From Software's releases... 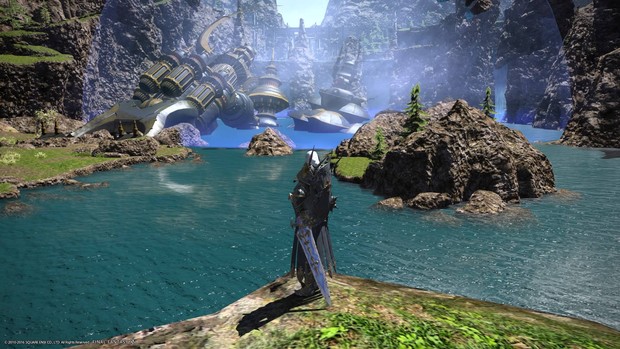 I absolutely adore Final Fantasy XIV (and talked about the core game here), and find it to best game in the franchise for a long time (and that is coming from somebody who loathes MMO's!). It's first expansion, Heavensward, is a great addition that may be even better than the base game. What's interesting is that it can be considered an standalone game in most aspects: while other MMROPG's devote themselves to establishing a living world in which to do a continuos adventure, this release has pacing and content akin to a single player RPG, particularly in regards to progression, which plays out very much like a road movie. Events have clearly distinguishable acts, and the narrative eventually comes to a fitting conclusion, with the upcoming patches taking the form of an extended epilogue. To be clear: the expansion does feel like an stand alone RPG, with a duration of about 60 hours and plenty of sidequests to carry on after that, with no need to grind for gear unless one wants to tackle Savage difficulty content, as all story content is accesible with natural progression. That extends to the Alexander raid (pictured), which can be accesed via the Duty Finder, with a much more manageable challenge than the Binding Coil of Bahamut. 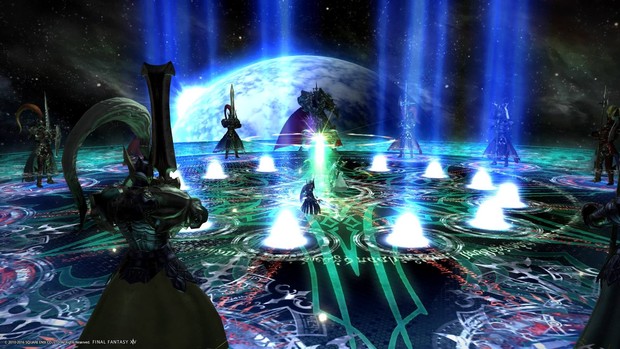 On the topic of challenge, boss battles are the icing on the cake: both primals (three as of the curent patch) are lot's of fun to do on either Normal or Extreme difficulty, and have incredible integration of music, graphics and gameplay. From dancing a waltz to dodge Ravana's four-bladed onslaught, trying to not be shaken of the mighty Bismarck into the limitless blue, or enduring a barrage of weapon-skills from Thordan's Knights of the Round, there is not a single dull moment or fight that could have been done better (save some DPS checks that are a little too demanding). The raid bosses, while more quirky than epic, are also top notch: it is rare to find a game that makes you both feel an adrenaline rush AND be laughing your heart out at the same time (as some must have guessed, I'm talking about Brute Justice and it's "dodge everything" phase!). However, dungeons are still a little on the easy side, with only the fight against Nidhogg demanding some retries; that's not to say they are boring though, as trash pulls have always some kind of mechanic to be wary about (among them whirlwinds faliling about and dragon fire raining from above, or having to move zombified enemies towards sunlight spots). They are also all weaved into the main storyline, unlike most of the ones from the main game: there's always a very clear reason as to why a party is needed for storming the place, and completing them often serves as a way to move the story forward. 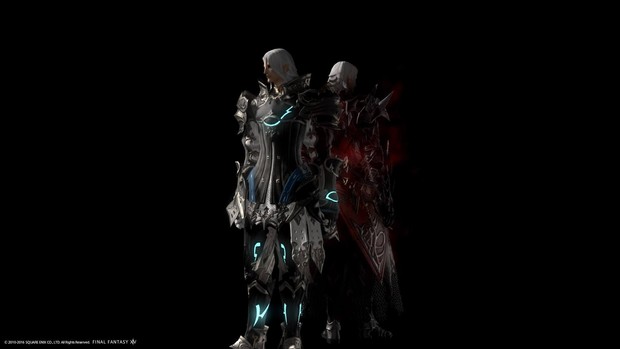 I main Paladin, so ran the storyline with it before trying out the new classes; while the addition of the new combo skills feel a little like bloating the skill bar and just adding more buttons to press for the sake of it, Sheltron is a really welcome addition that inserts a new and satisfying layer to combat, similar to parrying on a Souls game. Seriously, it is delightful to time it -just- right before a tank-buster and watching an otherwise devastating blow downgrade to a gentle tap on the shoulder.  I also had a lot of fun running old dungeons as a Dark Knight, which while squishy, it's a lot more involved and a nice change of pace (it's aggresive approach to tanking also fits quite nicely with the lore!). I only dabbled a little on Machinist and Astrologian (Tank's life for me! The comic below cracks me up so much >.<), but they seem to be designed to challenge veteran players with their more complicated skill management. 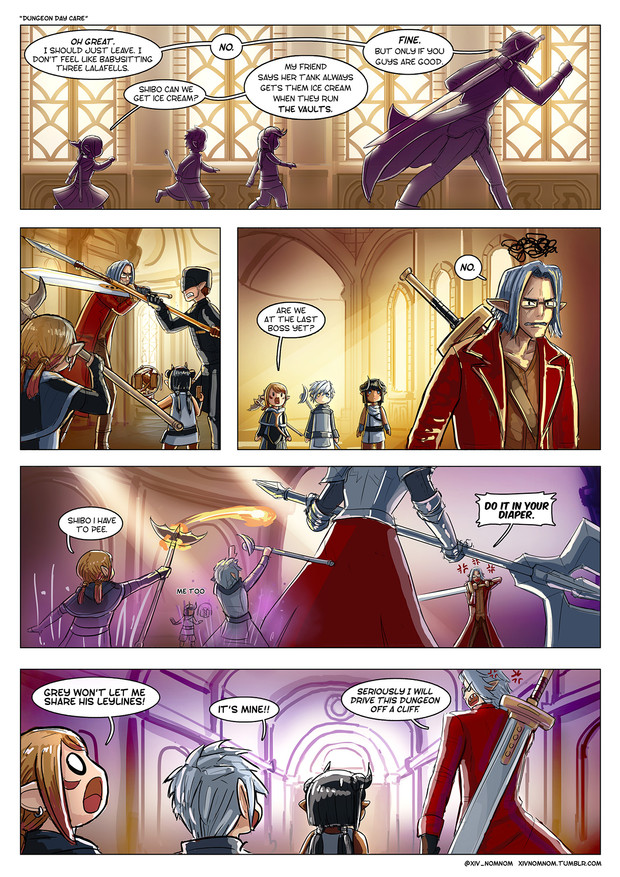 Can we talk about music for a while? Again, Soken proves his mastery of different rythms and genres, hopping from majestic operatic pieces to relaxing smooth jazz, and everything in between. What I like the most, however, is how it meshes with the gameplay, or I would rather say, compliments it. Ravana's attacks are synced to his theme's lyrics ("Red bloometh the rose of conviction! -DODGE- And Red bloometh the rose of hate! -DODGE AGAIN-"), while Bismarck's Drum and Bass capture the essence  of drifting along currents of air, and Sephirot's Industrial Rock drums bang as he slams his fist with force enought to send plate-clad stout warrios tumbling. On the raid side, Alexander's boss battles jam to a electronic beat, fitting for a machine in process of powering up, while the fight against an imposing machine is punctuated by heavy hitting metal riffs (admit it, you scream WAKE THE METAL along with the gobbies!). Seriously, more games need to do this gameplay and music integration (only one else that comes to mind is Metal Gear Rising: Revengeance). 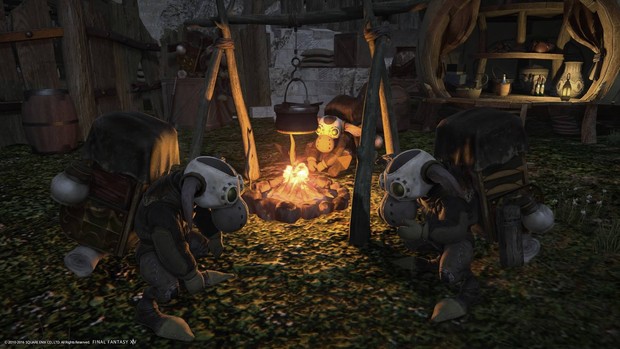 Overall, as it can be easily deduced from the prior paragrahs, I'm greatly satisfied with how things are shaping up for Eorzea. While it is not except from some missteps (like the dreaded Fractal-Neverfun tome grind), they are compeltely worth soldiering through. While we still have three patches to go, I can hardly wait for what Yoshi-P and his team have prepared for the next expansion (rumored to be focused on a Water element motif). So, if your are on the fence about returning to the game, do it! Now is an excellent to take a trip to Ishgard. Thanks for reading!. 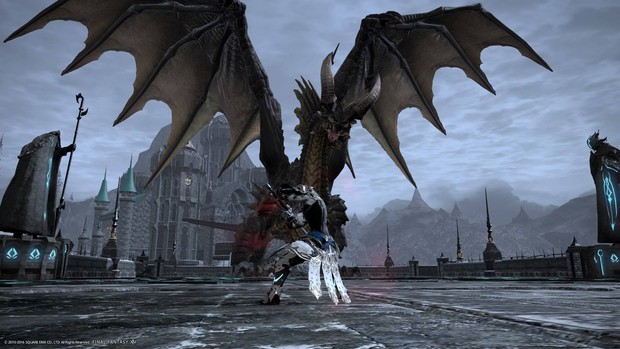