What we know: Mirror’s edge 2

So the few people among you we read my stuff will know that I’m tremendously excited for mirror’s edge catalyst. I’ve been trying to temper this enthusiasm a bit, and the best way I’ve found for this is just to lay down everything I’ve found out about the game 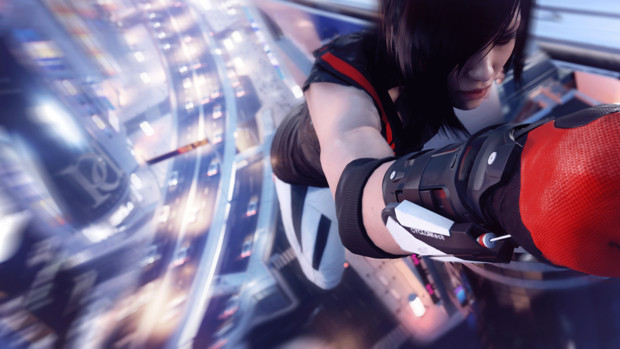 Before we look at the successor, let’s take a look at the original. The original mirror’s edge pretty much pioneered first person parkour in games. It looked great, and after playing some more of it I got to say it still does. The game runs smoothly and the clean and white city is still as impressive as ever. It’s no secret that I absolutely loved the first game, however that’s not to say I didn’t have some actual criticism to level at it.

So these are things I would like to see improved. The first game was disappointingly linear. I do understand the decision to make a linear path from point A to B, but I was still disappointed we were not given the opportunity to explore the city of glass more. Aside from that, the lack of Npc’s kind of diminished the feeling of this brimming city you were running around in. To my knowledge there is only one sequence in which you get to see any, and only through the scope of a sniper rifle. This was not all that bad since you spend most your time on rooftops, but I would have like to see some people in the office buildings I ran through, or the shopping mall I laid waist to. This is a minor thin, but don’t restrict your multiplayer to Origin, just don’t do it. Last but not least, I would have very much appreciated an interesting narrative.

Most of these things have been addressed already, but bring concerns of their own.  For example, we will get to explore the city some more, but this may hinder navigation and keeping up your sense of speed and momentum. So two new additions to the game have been made to ensure navigation can be done smoothly but until I actually get to try them I’m going to remain a bit sceptical. The first addition is runners vision, which seems to be sorts of a GPS system to guide you through the city. Apparently they coded it with information gathered from various beta testers, but like I said I’m still sceptical. The second addition is called the mag-rope which seems to be a bit of a batman grapelhook /Indiana jones whip crossover. Now don’t get me wrong combining this with the parkour we know and love sounds awesome. The concern here however is that navigation will be too depend on this little feature replacing the parkour system. 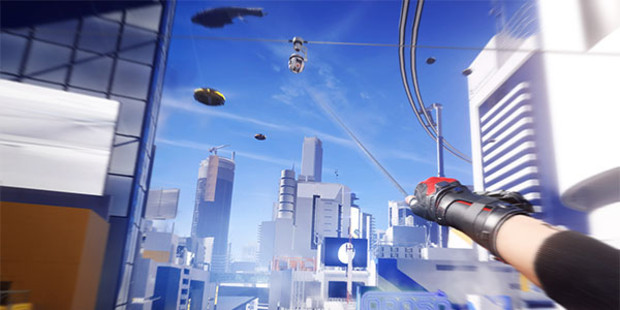 The npc’s I’m really excited to see. We’re going to get to see the various districts of glass, which also means it’s citizens. Aside from that there seem to be suggestions that there is also going to be companion AI at some points in the game. I’m very curious to see how they will handle these without slowing us down. This is not confirmed but there is footage in which faith is running together with other runners, so let’s remain hopeful.

The combat is a feature that may make or break to game. Personally I didn’t really enjoy the original game’s combat. At least not the parts in which you were forced to fight. I loved the chases and how we were able to run laps around the enemies in tight places using the well fleshed out parkour system. But the actual fighting itself felt underdeveloped and usually came down to grabbing a downed opponents gun and then go Rambo on them. In the sequel it is said that we won’t be able to use guns anymore, or at least not to the extent of the original. Instead we would get attack damage based on your flow, attacks combined with parkour moves and third person takedowns. The third person takedowns I especially like because we didn’t really get to see faith in the first mirror’s edge. From what I was able to gather they are going to apply it like the batman arkham series handled the slow motion takedowns. So basically the last enemy in an environment you take down will result in a move you can watch in third person. 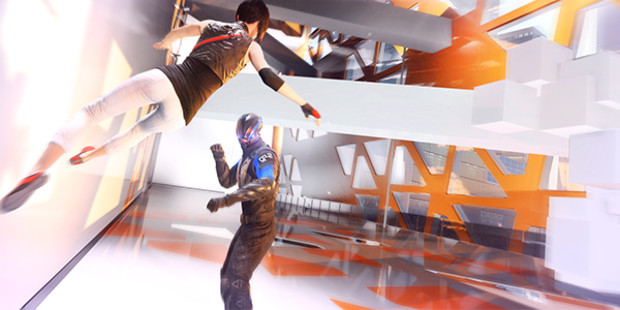 There seems to be a lot to like here, but as always some caution is required. The game is developed by DICE, a studio I have praised even on this page on a couple of occasions. Further the game is published by EA, a publisher with definitely not a great record. The last DICE game they released was Battlefront and the less said about that one the better, the game was great but corporate greed held it back from living up to it’s potential. The one before was battlefield HARDLINE and that was an absolute mess. And the one before battlefield 4 was absolutely broken at release. The summarize it all, I have utmost faith in DICE for being able to make a wonderful mirror’s edge, but this is held back from their poor history of releasing games under EA. I hope they prove me wrong and I will swallow my words, but until they do I’d say caution is definitely advised, but stay exited anyway cause you know. It’s mirror’s edge.