On Skate 2 and the Elusive Concept of Fun

I know I’ve mentioned it before, but I love skateboarding. There’s something spiritual about the act of riding a skateboard that resonates within me. Skateboarding, at least as far as I am concerned, is an extension of my personality – how I am feeling at a given moment is echoed by how I skate – and a genuine reflection of my inner creativity that rarely rears its head otherwise.

And because skateboarding’s so important to me, I’ve always had a soft spot for the Skate games. I’ve written about EA’s lightning-rod franchise and how it came from nowhere to change the way that the mass market – at least the ones who played video games – really thought about skateboarding, and then disappeared without a trace shortly thereafter. 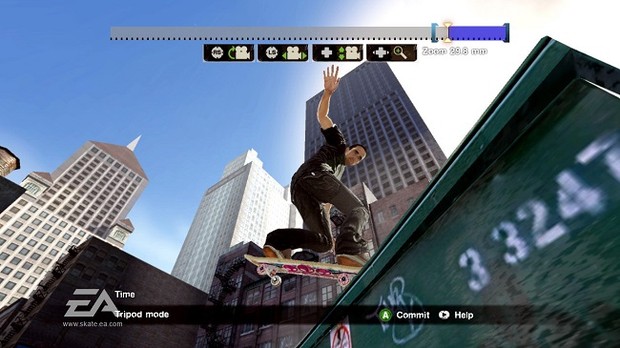 Last night, I played Skate 2 for the first time in a couple years. My PlayStation 3 had been at a friend’s apartment for a while, but I took it back on a whim. Because it’d been raining all day – it always seems like my days off from work are mired with malicious rainstorms – I figured that I’d at least get some digital skateboarding in. Skate 2 was already in the PS3’s disk drive, so I figured I might as well cruise around San Vanelona and see if it still felt fun.

“Fun” is an interesting word when we’re talking about video games, isn’t it? Consumers play games because they’re fun. Commenters lambast critics because they think a published review doesn’t take into account the “objective levels of fun” found within a game. Writers know games are fun, even if the act of playing dozens of games a year under a horrible time constraint can be a soul-crushing experience. Fun means the same thing to everyone, but fun manifests differently to every single person.

Skate has always been a fun franchise. It’s emphasis on intuitive analog controls were both markedly different from what people thought a skateboarding video game should be and creative enough to really make people think about skateboarding as a medium, even if it was within the context of a digital world. Where Tony Hawk’s Pro Skater relished in the absurdity of skateboarding – the hilarity that we humans would dare launch out of a gigantic ramp and fly so close to the sun, spinning and flipping, only to come crashing down to earth once more – Skate was more meditative. It was an examination of the delicate nature of the human body’s ability to achieve complexity through a series of simplistic movements. Skate’s concerns were tied to reality in that a skateboard is a mere piece of wood that could function as an extension of human creativity and childlike fun. 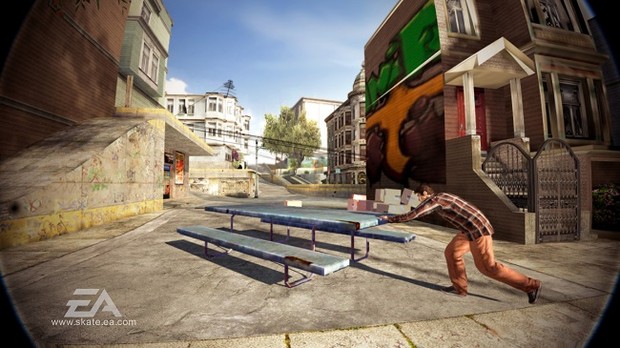 Now, Skate 2 is my least favorite title in the franchise. It’s a muddy looking game that eschews the fluidity of its predecessor for clunky-handed, off-board controls. And then there’s the security detail that serve as gatekeepers of the city’s best “spots.” As an analog for real-world skateboarding, the security units and skate-stopped rails are a smart decision. But real-world, this is not. Skate 2 bills itself as a game that is essentially an open-world designed for skateboarders to run wild. Banks, rails, and curb cuts litter every avenue, letting the player run rampant, carving a swath of tricks as whenever and wherever they please. But outside of its “free skate” setting, Skate 2’s main career drags. Spots are handicapped and security serves as a constant pain in the ass. The missions are an active detriment to the core philosophy of Skate and skateboarding as a whole. Segmented and disjointed, Skate 2’s career mode – and the other titles by extension – is hardly fun when compared to the otherwise open and expressive nature that it pushes on the player.

But maybe the career mode is the most fun part of Skate 2 to others. Maybe someone with no connection to skateboarding outside of video games really digs the photo incentives and contests that serve as chapters in your quest to rise to skateboarding dominance. I can’t say for sure obviously, but I’ve learned that people’s own preference color opinions.

Skateboarding can be anything but fun at times, too. For as meditative and enjoyable as cruising around often is, there are times when everything about it sucks. Much like video games, the culture that surrounds skateboarding is occasionally terrible. Politics, infighting, and trend-watch mentalities impinge on something that is otherwise meant to be enjoyed in the simplest way possible. People talk shit about skateboarders they don’t like. People talk shit on brands, flinging allegiances in a manner that is shockingly similar to the consoles wars that video game land sees every few years. 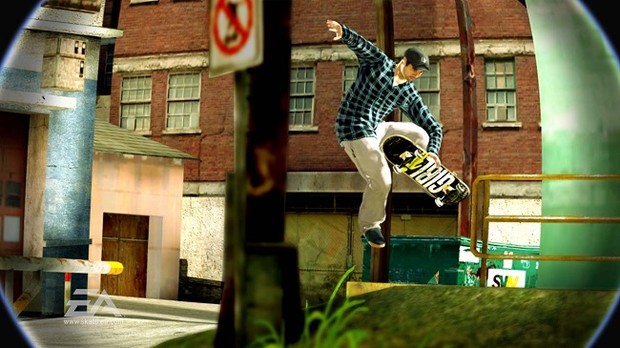 And I know that I’ll boot one of the Skate games back up in the next day or two. In an era where feature creep plagues every major studio release and internet voices shout about the nature of what a game should be, Skate and its ilk remain simple fun. There’s a brilliance in simply tracing the movement associated with a 360 flip and seeing your avatar scoop the board. Even on flat ground it’s a thing of brilliance, really. It’s timeless and it’s fun.

My favorite piece of video game criticism ever written is by Tom Bissell and called “Poison Tree.” In the piece, Bissell writes about Grand Theft Auto V in the form of an open letter to Nico Bellic, Grand Theft Auto IV’s protagonist. The piece is heartfelt, in which Bissell discusses the violent nature of video games, the industry that supports them, and what it feels like to grow up around them. The final passage of the piece has Bissell comparing playing Grand Theft Auto to smoking a cigarette outside of school.

I’ve spent thousands on skateboards and even more on video games. I don’t know if I’m who the people making both products are targeted at anymore, but I keep buying and playing and skating. I still chase that fun. I probably always will.