A History of My April Fools Lies Come True

Big-name websites have it rough for April Fools' Day. Sure they can make some silly gags, but it always has to clearly be a joke. On my dinky little blog that nobody reads, though, I can outright lie about things to trick everybody and I'll never get in trouble for it. Over the years, I have passed off many a fraudulent article as the truth. A lot of the time I ended up totally tricking my friends into believing these, which of course lead to disappointment that they weren't real. As it turns out, I guess I'm some sort of psychic because over the years many of my prank posts turned out to eventually be true. For some damn reason there was a Korean MMO by the name of Project Wiki that looked exactly like Wind Waker. Like, exactly. Using this to my advantage, I wrote a fake piece about how Nintendo was developing a sequel to Wind Waker which had "WIKI" as the abbreviation. I'm not sure what happened to that MMO, but I do know that Wind Waker ended up getting a sequel in 2007: Phantom Hourglass.
2007: Morrowind Expansion for Oblivion
I really, really loved Oblivion. I loved it so much that I went out and bought Morrowind shortly after. I tried to get into it, but I just didn't like how much of a huge step back it was. I thought the world of Morrowind was cool, but I wanted it to play like Oblivion. So for the following April Fools' Day, I made up a story that Bethesda was basically remaking Morrowind in the Oblivion engine and letting players travel between the two lands.

Two things came out of this joke. One was TES Renewal, a group of fans modding Elder Scrolls games to add crazy amounts of content. They're probably best known for Skywind, which remakes Morrowind to Skyrim, but they have also produced Morroblivion which is exactly what it sounds like. The second way this came true is, of course, The Elder Scrolls Online which lets you explore all of Tamriel.
2008: Super Smash Bros on DS
I passed off an N64 emulator running on DS as a real port of the game coming to the handheld. The off-screen footage added authenticity! Over six years later, Nintendo released an actual handheld version of Smash.
2010: ResurrecTV

Probably my favorite prank ever. I came up with a fake TV network called ResurrecTV, whose purpose was to renew and air cancelled shows. I made up two fake dudes and said they partnered with J.J. Abrahms (because of course it would be him) to launch the TV channel, then included a laundry list of fan-favorite cancelled shows they were trying to acquire. While nothing this major ever happened, a few years back there was a website with a similar premise: SMGO.tv, which stood for [my] show must go on. It was basically a croudfunding source to revive cancelled shows. Their headlining project was to get Young Justice back on the air, but WB wouldn't take them seriously or accept any money. Because of that, the whole project basically tanked. The website is gone now, but their Tumblr chronicles the whole thing, from conception to ruination.
2012: Kingdom Hearts 3 Goes Multiplatform 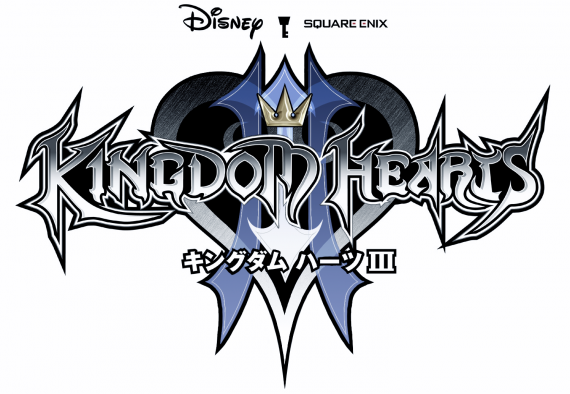 As we all now know, Kingdom Hearts 3 is indeed going multiplatorm... for PS4 and Xbox One. Back in 2012, the next gen PlayStation and Xbox weren't even announced yet, and just to piss off Xbox fans I said that Kingdom Hearts 3 would release by September 2014 on PS3 and Wii U. I actually got a few salty comments on this one!
2014: Samurai Jack is Back

In 2014, Genndy Tartakovsky was hard at work making Hotel Transylvania 2 for Sony Pictures Animation. I read after the first movie had released that if Hotel Transylvania had done well enough, Sony would consider producing the long-in-limbo Samurai Jack movie. With all the evidence in its favor, this was probably the most believable joke I ever wrote, even though every detail was completely made up. Fast forward to December 2015, and this is basically exactly what goddamn happened! Due to the show's resurgence in popularity and solid comic and rerun numbers, Cartoon Network itself renewed the show for an entire season of episodes to air this year. The only part of the equation that's missing is Sony since this isn't a movie. After Sony took Genndy off the Popeye movie, it's kind of unclear whether or not he still works for them.
2015: Microsoft Finally Makes Banjo-Kazooie 3 Nearly every year before E3, I entertain the idea that Microsoft will finally put a Banjo-Kazooie platformer into production. Last year I did a an April Fools's joke about it by saying that Rare's secret game was a new Banjo-Kazooie in the proper platforming style we all know and love. So imagine my surprise when E3 rolled around and Rare announced Sea of Thieves which has nothing at all to do with Banjo-Kazooie because they will never make another one of those. No, you didn't somehow miss the big news. April Fools! I didn't actually make a BK joke last year, and this is not actually something coming true. At least we have Yooka-Laylee though, right?
Actually, my joke last year was about Nintendo cancelling the Mario 64 HD fan project because they were creating their own, official version to release in 2016 for the game's 20th anniversary. Actually, I think that's likely to happen. I guess we'll see!