Honestly, I’m not that much of a demanding person. If you’ll remember last E3, you know, the E3 where dreams came true. You’ll remember a pretty particular significant event being that Final Fantasy VII Remake trailer that was technically rumoured to come out since the days of the Playstation 3 and Shenmue 3, a game that was never really supposed to come out at all when you think about it. I still don’t even know how that last part happened. I mean, I think even Psychonauts 2 got announced.

Whatever the case, E3 2015 really seemed like the grand revival and the grand promise fulfilled of games lost throughout the ages.

One would think it would be timely to unveil Half-Life 3 but for I, there’s one game that has been fucking with me throughout the ages; a game that has put me on such an emotional journey this past decade, that any hint of the name of the name on the internet makes remanence the good times before the passing of an old fleeting love and her name was, 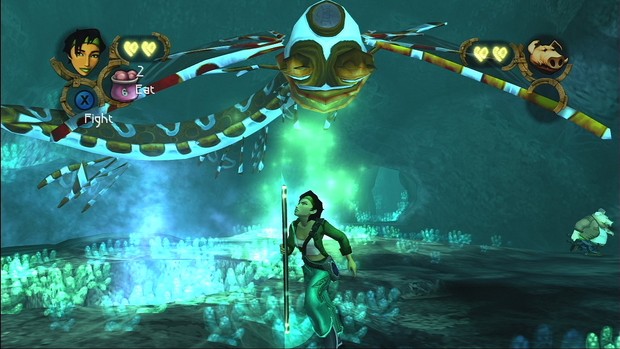 Beyond Good and Evil.

Don’t fuck with me man, I whisper under my breath, don’t fucking push me. But year after year I get my heart broken with the promise that one day, one day, the sequel of this game will come and year after year I have been let down.

For anyone that has been blessed with the pleasure of playing through this masterpiece, especially in 2003, Beyond Good and Evil is a ground breaking, action adventure game that pushed the bar of what games could be in 2003. Michael Ancel, whose fames include Rayman and… Rayman, put his heart and soul into his dream project, Beyond Good and Evil.

The game was really my case point for the best action adventure game I’ve ever played. Anticipating a trilogy, the game left on a solid climax and while rumour, and despite even a teaser trailer was released for the damn thing, we never got that sequel, Beyond Good and Evil 2.

Oh how the years have passed and what do we have to show for it, teasers and hearsay. Every now and then Michael Ancel will pop out from under his corporate masters and confirm, that despite the decade of waiting that, the game is still in development. 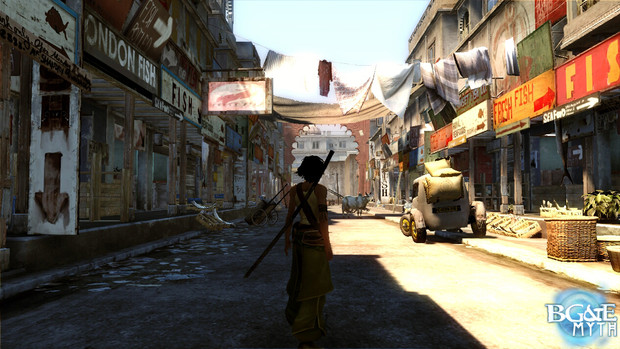 But I’ve been so heartbroken after so many E3s, played so many imitators and I’ve pounded down so many drinks but nothing can duplicate the vision and the imagination that was Beyond Good and Evil.

“Oh except of for this last thing. Everyone put your hands together one more time for Ubisoft’s CEO Yves Guillemot”

It was the final game of the press conference and the president of Ubisoft walked out on stage and in his French accent his said,

‘And this, has been done, by a group, in Paris. A very good group that is working in secrecy.”

“And he has been able to create something that I’m sure you will enjoy because it is so GOOD. Take a look.”

The stage goes dark, almost as dark as my heart.

I pretty much through my hands up in the air, “I’m done! I give up, it’s never gonna happen folks!”And with that all hope was lost and I was done.

When friends would bring it up, it’s almost like they’re talking about a death. The death of Jade. Us sitting on the stoop of our old apartments with some Labatt Bleues, fucking around with pebbles on the sidewalk, “Yup, too bad, she was a good game.”

A part of me, wants her to comeback and another part of me knows that she’s mostly forgotten by all and chance that someone would come back to give Beyond Good and Evil another chance is fading away more and more as we wait these past 13 years.

Even when friends would say that there may be some hope of a return, I just brush it off. I can’t deal with this weight anymore, knowing what could have been in Beyond Good and Evil 2.

Yeah, I’ve heard rumours of an Nintendo NX exclusivity dealing being thrown around but on the flipside, fuck, I’ve seen that leaked gameplay footage with the game practically being played but, at this point, until I have the game physically in my hand, all bets are off. Don’t give me hope.

Oh April Fools, don’t fuck with me, not anymore, don’t play with me. I just need to make it past this game without a Beyond Good and Evil rumour, I can’t do it. You know how long I’ve waited, you know how many times I’ve kept my ear to the ground looking for any info? Why must I shut down this computer and all of its news until April 2nd. Why do we have such a stupid day to begin with? 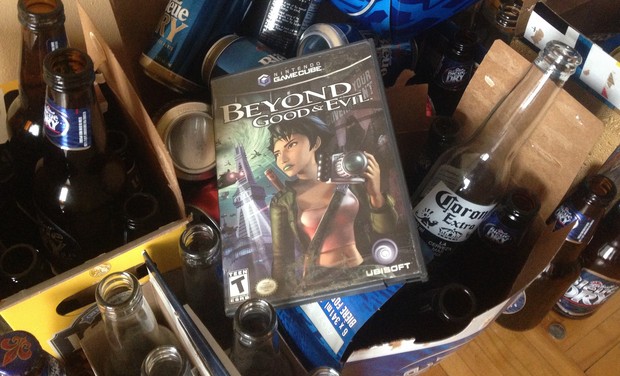 Look, it’s not the end of the world have your fucking fun with the stupid day but can you do me a favor? Can you keep Beyond Good and Evil 2 out of it?