Diversity via The Ladies 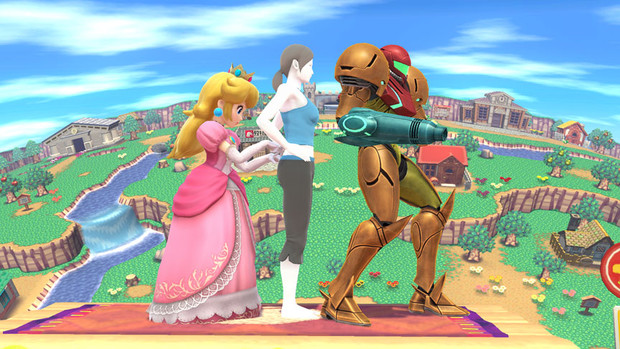 It's honestly great seeing more and more female characters in video games with major roles.  A ton of games I'm interested in this year feature prominent female leads including Horizon Zero Dawn, Mirror's Edge Catalyst, and Rise of the Tomb Raider (on PlayStation 4). With increasingly popular female characters, I thought it would be nice to look over some of the most recent characters and a few classic ones.

When the Legend of Zelda spin-off title Hyrule Warriors released, concept art of a character named Linkle was revealed. At the time, she was only known as a female Link and many fans had both positive and negative reactions to her. Now that the new handheld version Hyrule Warriors Legends is available, players can actually play as Linkle since she became a fully realized character for the game! Of course, fans had an even bigger reaction following that announcement. Some fans immediately gravitated towards her while others immediately disowned her. Tons of fans have created fan-art of her including some cute (and some inappropriate) images. At the end of the day, Linkle is more of her own character than a female incarnation of Link from what I can tell. She even has her own story in Legends detailing her backstory. A huge amount of the Hyrule Warriors' roster is female including Zelda, Impa, and Lana, plus DLC characters include Tetra and Medli. This is probably the first game I've seen with such a gender balanced roster of characters! 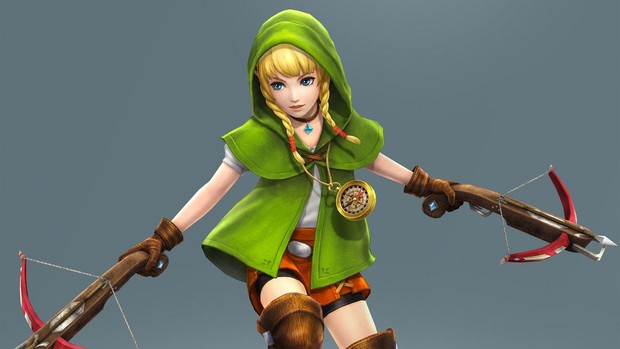 Fire Emblem has introduced popular female characters in its' latest installments including Lucina and Azura. Lucina's role is quite mysterious until later on in Fire Emblem Awakening, so I won't spoil it for anyone who hasn't tried it out but she's introduces an important plot involving the future. As one of the first characters to be seen from Fire Emblem Fates, Azura is a significant character to Corrin, the game's protagonist. And her song "Lost in Thoughts All Alone" is absolutely beautiful.

Infamous Second Son gave us Abigail Walker also known as Fetch, a character whose powers and story are tied to the protagonist Delsin. After getting whisked into a drug war and losing a loved one, Fetch gains power over neon and is trained by the Department of United Protection. After meeting Delsin, she forms an alliance with him to stop a common enemy. Fetch even received her own DLC story titled Infamous First Light!

The latest Mario & Sonic game (the Rio 2016 Olympic Games) added even more characters to the roster including Rouge, Sticks, Birdo and the ever-popular Rosalina. Rosalina has become a very popular Mario character in a short space of time following her debut in Super Mario Galaxy. Many players have enjoyed Rosalina in other titles such as Mario Kart and Mario Party. Of course, she's not the most well-known female character in the Mario series. That honor belongs to Princess Peach. While Peach may consistently be kidnapped or in danger, she has played proactive roles in games like Mario & Luigi: Superstar Saga, Super Princess Peach, and most recently Super Mario 3D World.

In Gravity Rush, Kat, a girl with amnesia, manipulates gravity to help people and figure out what's happening in the city of Hekseville. With mysterious creatures called Nevi causing gravity storms, the game's story has a compelling mystery making Kat a really fantastic lead because of her courageous personality. 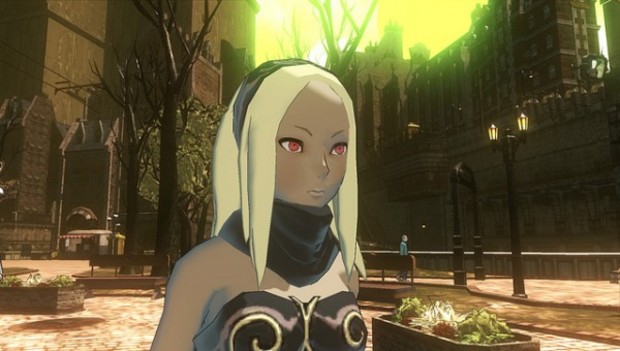 Beyond Two Souls' Jodie is quite the character. With a spiritual 'companion' of sorts named Aiden, she can use telekinetic abilities to affect objects and people around her. Since she had these abilities at a young age, she's been through quite a few experiences learning how to deal with these powers and attempting to live a normal life. Jodie's story is quite traumatic and intense, as she deals with the few ups and many downs of her life.

The Last of Us introduced us to Ellie, a young girl in a post-apocalyptic world who is accompanied by an escort named Joel. Their story is one filled with darkness, pain, loss, and agony as they struggle to flee the chaos inflicted by mutated humans known as the Infected. Fans of the game have praised the protagonists, Joel and Ellie, for being believable, relatable, and intriguing, especially during quiet conversations. What makes Ellie a great character is that she's not stuck in a stereotypical role like being in danger all the time (Damsel-in-Distress) or saving Joel in every situation (Mary Sue). The way the characters develop as the story plays out is quite enjoyable to see. Of course, the relationship between Ellie and her friend Riley in the Left Behind DLC has been critically acclaimed as well for its emotional, heart-felt characterization and the intensity of emotions. 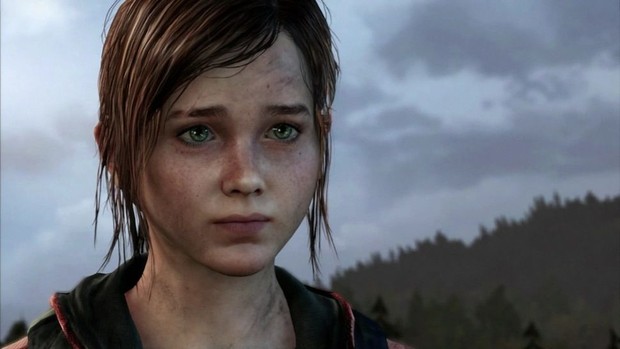 The Super Smash Bros series has been improving the amount of female characters in each game's roster. Super Smash Bros for Nintendo 3DS and Wii U included characters such as Palutena (Kid Icarus), Wii Fit Trainer, Rosalina, and Lucina. As DLC, Bayonetta was included as the most fan-requested character in a official Nintendo ballot. After Nintendo reintroduced the Sega character in Bayonetta 2, her exposure has increased. Both Bayonetta games have been praised for their intense action and over the top presentation.

Additionally, the Super Smash Bros series has also included Assist Trophies, items that allow the player to receive assistance in battle from a non-playable character for a limited time. Some of those characters include Ashley (WarioWare), Midna (The Legend of Zelda), Lyn (Fire Emblem), and Isabelle from the Animal Crossing series. Isabelle is another example of an extremely popular character in a short space of time after appearing in Animal Crossing: New Leaf. Other significant ladies from the Animal Crossing series include Lottie, Reese, Celeste, Mabel, Sable, and Labelle.

The Witcher 3: Wild Hunt consists of protagonist Geralt of Rivia as he searches for his lover Yennefer and apprentice Ciri. Both ladies play an important role in the story, as you see their relations with Geralt in the past and how they've changed. Other women play roles in the game such as Geralt's former lover Triss Merigold and the sorceress Keira Metz. 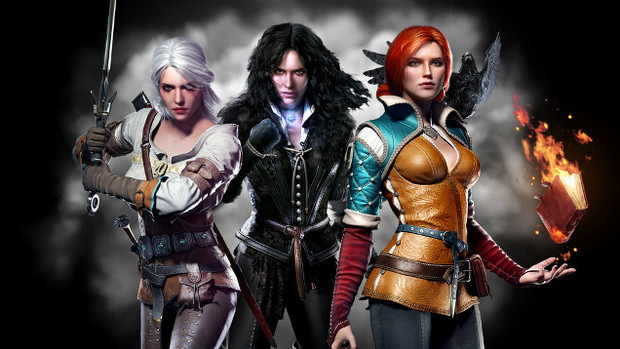 WayForward Technologies has introduced quite a few female leads include Patricia from Mighty Switch Force, Luna from Mighty Milky Way, Alta from Mighty Flip Champs, and most noticeable the titular character from Shantae. Each installment of the Shantae series has been praised for their gameplay, colorful environments, and fun female characters.

The Assassin's Creed series has also included playable female characters. One of these characters is Evie Frye, twin sister of Jacob in Assassin's Creed Syndicate. Both siblings are the main protagonists of these gamse and have been praised for their likability. Even more significant is Aveline de Grandpre, lead protagonist of Assassin's Creed III: Liberation, the series' first female protagonist and on top of that, she's of African descent. I must truly applaud that decision on the developer's part. 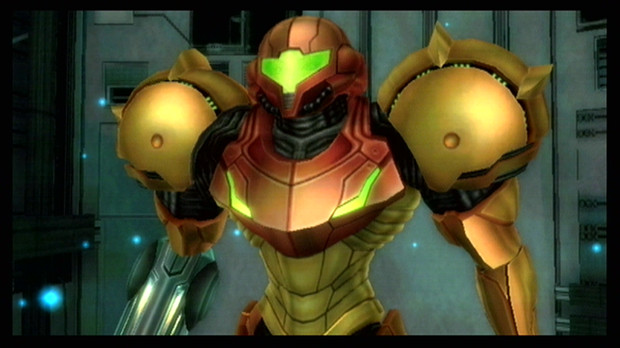 Of course, one of the biggest questions relates to Nintendo's current use of Samus Aran. 2016 is the Metroid series' 30th anniversary. While she does seem to have an appearance in Metroid Prime: Federation Force, a new main series game featuring Samus as the protagonist and playable character would be preferable for such a significant year. I'm still hoping Nintendo surprises us with a 2D Metroid title for the Nintendo 3DS during E3. Since Federation Force is slated for a spring release, a holiday Metroid title would be a nice contrast. Nintendo did this for the Legend of Zelda series in 2015 so it's not completely unbelievable.

With even more games including female leads, the future of gender diversity in games is looking bright! Here's hoping for more diversity integration. Diversity in media really helps us connect with the characters because we aren't all one gender, race, or individual. We are all unique with different opinions, personalities, struggles, and viewpoints on life. We make our mark on this world in our own special way. Video games can often be a fun, immersive world to lose yourself in, so to see our skin color, our gender, or our sexuality displayed can be very gratifying. The feeling that you are a part of the experience is unmatched. Bravo video game industry for taking a step towards change for the better. Of course, some female characters will be created as sex objects or damsels-in-distress, but let's continue to applaud the developers who avoid those stereotypes like the plague. Keep it up ladies and gentleman!

(Please note, I've obviously missed other significant characters in gaming from classics like Chun-Li to newer characters like Madison Paige from Heavy Rain. I just decided to cover a few characters. Of course, there are more out there to enjoy!)