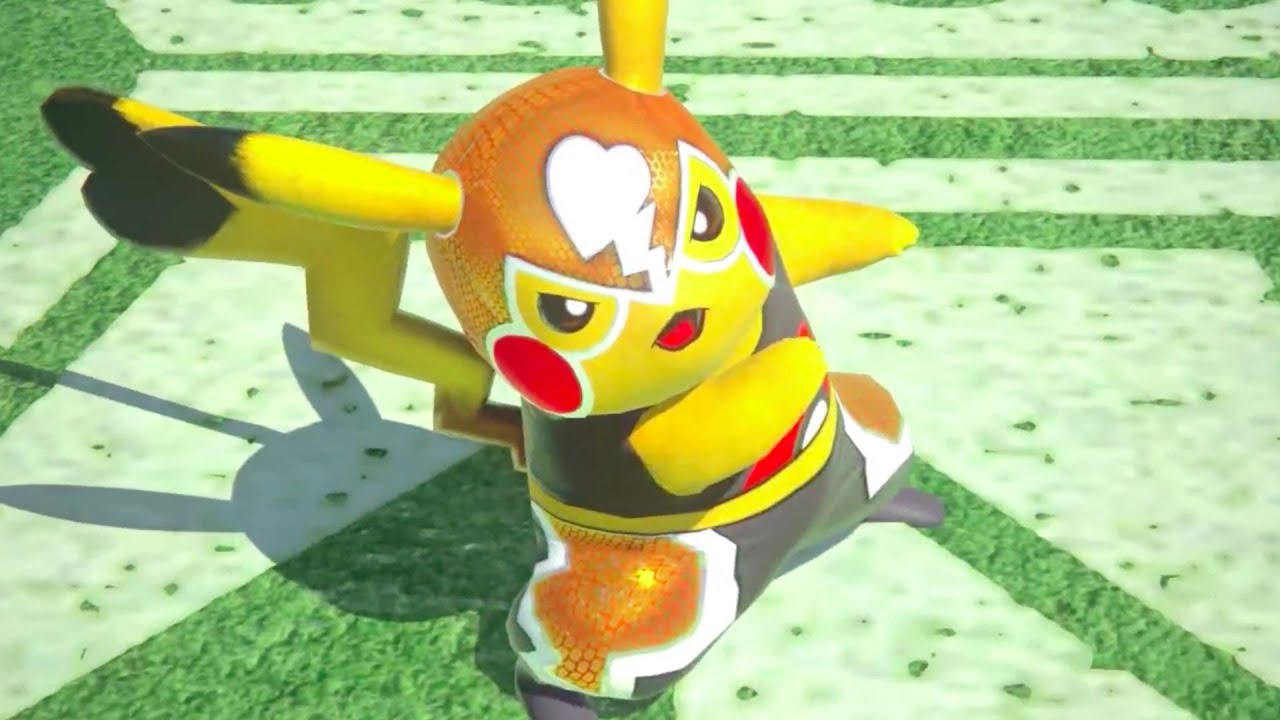 Pokken has released to the general audience and I really like in the same way I liked Nether Realms Studios' games since Injustice. Both bring something completely new the fighting game genre: Injustice brought interactable stage items, which made space control a different kind of meta, while Pokken introduces the meta of the phase shift. Now on top of being a fighting game, which by itself deters people who are intimidated by the intensity of learning it, it has all sorts of differing images and comparisons to other games due to field phase and dual phase.

But I'm here to clear up the muck. I've been playing Pokken nearly non-stop since Friday and have learned the kind of effective mindset you need before you even begin learning to play this. And yes, I've played online to get a real feel for how combat works. You'd be amazed at how little the CPU will block despite knowing when to tech through your grabs. If you're interested in Pokken but have no idea what to expect or just need some clarification on battling since you keep getting stomped, I'll even go through the fundamentals that the rather comprehensive tutorial walks you through like the attack triangle, especially since there's a demo for certain regions to download but that demo does not show you how far the tutorial will go to make sure you're up to speed.

Normally, I'd start any talk about fighting games with the buttons, or your normal attacks. But for Pokken, we should first go over exactly what a phase shift is and the different phases.

Most people usually comment on how the phase shift is jarring to first time players and they probably question why focus on field phase in the first place. The player that forces the phase shift actually recovers health and gains synergy meter. Certain characters are also better in one phase rather than the other. Chandelure has access to more different projectiles in field phase and is difficult to get close to that way. Blaziken's projectiles aren't very flexible or effective but in dual phase he's better at applying pressure with aerial attacks and combos.

The normal attacks: Like any other fighting game, the normal attacks can vary in properties from character to character. Weavile has very fast, close range attacks while Chandelure has slower attacks that can reach very far thanks to his extending, blowtorch like limbs.  Like Smash Brothers, you can modify the attack with a directional input. It pays to take some time to learn what your normals are.

Pokemon attacks: Also known as your special attacks which of course give you the most difference between Pokemon like special projectiles, rush attacks, counters, or command grabs. Unlike your normal attacks which change between field and dual phase, your special attacks remain constant so you have an anchor for your plan. Sceptile for example always has access to his counter regardless of phase, so he can use it to get around in field phase or fake outs in dual phase.

Grabs: By pressing Y and B, you perform a grab attack. Grabs go through shields, counterattacks, and always cause a phase shift, which makes it a useful tool if your character prefers one phase to another. So in addition to breaking someone's guard, you can also use grabs to surprise your opponent and phase shift into your preferred mode. Instead of breaking throws in other fighting games by executing a throw command at the same time, throws are broken by attacks which flat out ignore grabs and plowing through them. Grabs also do extra damage if you grab your opponent during their counterattack.

Counterattacks: By pressing X and A, your Pokemon winds up an attack that has enough hyper armor to ignore just about any attack outside of charged strikes and supers. While a counterattack can ignore just about any number of regular attacks, the armor is only active while your charge the counter. As soon as the attack actually comes out, it can be stuffed by an opposing attack that's already in front of you. Despite that, it's only really a problem if you intend on fully charging your counter. Most of the time if you think your opponent is being aggressive with attacks, a quick, uncharged counterattack will be able to stop their pressure as an uncharged attack usually releases automatically after absorbing enough attacks.

The attack triangle: The basis of Pokken's combat comes from the attack triangle. Attacks blow through grabs, grabs interrupt counterattacks, and counterattacks absorb attacks. A lot of newer players fall victim to surprise grabs because they fail to keep in mind that attacking actually defends them from grabs, as opposed to most established fighters which teach you to counter a throw with another throw. So a lot of learning Pokken's pacing comes from unlearning a few established fundamentals from fighting games.

Synergy Burst: While all Pokemon can use Synergy Burst, not all bursts are made equal. Gengar becomes incredibly strong in his mega form, with entirely different moves and vastly improved stats but he takes the longest amount of time to charge his meter. Weavile gains buffs to attack and defense while in synergy burst but asides from being able to use her super move, Weavile barely changes but charges synergy gauge fairly quickly, averaging once per round most of the time.

Quick tips
There are two ways to dash and help control space. You can either double tap in a direction or you can start a counterattack then hold a direction plus R to cancel it with a dash. The former requires a bit of execution but doesn't create any tells. The latter offers some protection before canceling into a dash but it leaves you open to critical hits from grabs.

Counter dash cancels also help in closing in on keepaway characters. Simply start a counter, absorb the projectile, and dash forward or even backwards if you think they might punish you.

If you think burst supers are randomly used online, it's probably because of two things. First, blocking is pretty important but stiff. It's easy to forget to block and it can be scary to block if you think the opponent is going to throw you. Second, synergy burst is heavily protected on start up with either fast startup, invincibility, armor, or both. Most moves have such fast startup that they can be used to punish certain actions like jumping, footsies, and most of all counterattacks. With burst synergies being a Pokemon's most powerful attack, they normally pierce counterattacks.

Of course, by all means combo into burst supers, especially since it guarantees damage. At the very least, a lot are pretty safe on block.

I just wanted to get some quick tip quickies off my chest. After playing the game nonstop, I feel like talking about my favorite characters next.