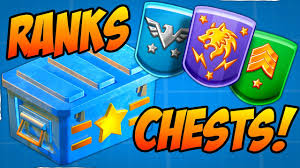 Hello, Destructoid. Sorry I haven't been around much this week. Every time I sit down to do something I open Clash Royale for a quick game, and then three hours disappear like Peter Molyneux's credibility. As a result my blogging, my app reviews and, of course, my Boom Beaching have suffered terribly.

The release of Clash Royale must be hitting Supercell's other games in the wallet, because this week Boom Beach received an update which added ranks and chests to the game. What this means is that players will be ranked according to their victory points, and this new rank will determine the content of chests. These chests open up every five vicory points earned, and contain a wealth of cash, goodies and in-game currency.

It's a simple change, but five free gems every five victory points is nothing to sneeze at. The bottom line is that Boom Beach is already a superb game, and now there's even more reason to go and drop enormous explosives on Dr. T's stupid misshapen head.