How the present state of gaming fuels my anxieties as an anti-social gamer.

So there is this problem that I have been having with games the last 6 or 7 years.  But in order to talk about it I need to share some information on my gaming past to show where I'm coming from.

Born in 1979, I grew up as an only child in the 80s in Puerto Rico.  My dad wasn't in the picture and my single mom worked weird hours to try to keep food on the table. At that point I was a living breathing stereotype. Whenever she was at work, I would spend time with my grandparents who by now lived in their house alone.  I had no siblings and would only occasionally see some of my cousins, which meant that 99% of the time I was alone or the only kid around a bunch of adults. At least that was the norm until kindergarten.  So for many years I still remember that those years molded me into a person who prefers to do things on their own or with few people.

Trying to kill my boredom in the rural countrysides of 1984/85 Puerto Rico, I remember my grandfather getting some old junk to throw out one day. In the box were some old 1960s-70s Mad magazines full of bookworm holes and a rusty old Atari.  I remember begging him to let me keep the box for a little while and him telling me the Atari was broken.  I insisted to him to let me mess with it and with the best coordination a 5 year old could muster I put together the Atari only to find out he was right.  You could still see Pong....barely, and with a lot of static. At age 5, I wasn't going to do much to be able to fix it. 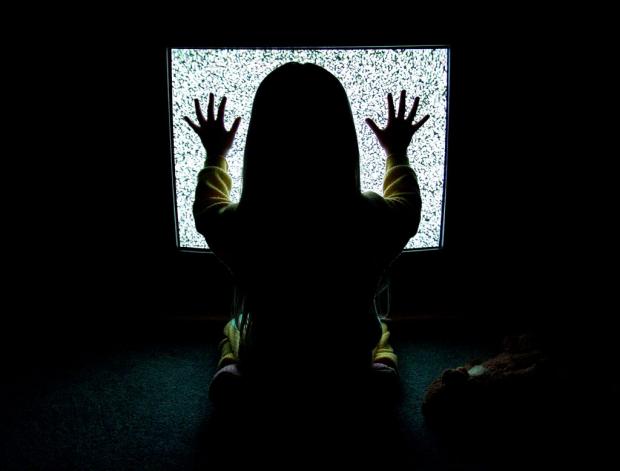 As school started I was always a bit reserved but also the class clown....I've always been a walking contradiction. I remember a neighbor moved in to the abandoned house next to ours and their daughter was only 4 years older than me which was as close as it would get to similarly aged friends. Her dad was loaded. This guy owned 5 car dealerships and was kind of a Puerto Rican Donald Trump (Yup, douchebag attitude included). My older female friend would let me come over and her mini mansion had a pool, a basketball hoop and most important of all, she had a Sega Master System.  We would play Aztec Warrior for hours, until her Quasimodo-like grandmother would kick me out. I was well aware at that age I loved Video Games. By age 7 I had heard of (who didn't) and wanted a Nintendo Entertainment System.  All the kids talked about it at school and it was all about Mario and Zelda.  At about age 9, I finally convinced my mother and "Santa" brought me a Nintendo for Christmas.  I still remember the excitement and the smell of the new system.  As I ripped the gift wrap I was trying to make out what I was seeing. There was an NES, one controller and a game.  Not Mario, Not Zelda...Dino Riki.  Want to see how awesome that is as your first game?

It suuuuucked.  I wasn't ungrateful and didn't tell my mom, but this game was fucking impossible.  It was an upward scroller and you only saw Riki's back until he died, like the image above.   Seeing all the Mario games, Double Dragon, Zelda, Contra, made me jealous of the other kids and no one wanted to "trade-borrow" (When you gave a kid your game in exchange for one of theirs for a week or two)Dino Riki from me.  The next game I received during 3 kings holiday was a 3 Stooges Trivia Game.  My mom meant well, but man she was clueless when it came to Video Games.

Years later for my 14th Christmas after years of nagging for a SNES she got me a Genesis.  While not the system I wanted I was damn good and I made the most out of it with the Sonic games, Ecco, NBA Jam, NBA Live, Jungle Strike, Earthworm Jim, and my Unique Personal Obbsession: Cosmic Spacehead.

By the time I was in my mid 20s, I had purchased my own PS1 and PS2 and enjoyed playing JRPGS, Platformers, Adventure games and the like.  My best gaming memories were from beating games like Metal Gear Solid, Parasite Eve, Final Fantasy VII, VIII, IX and X, Ratchet and Clank, Sly Cooper, and Jak and Daxter franchises, Ico, Shadow of the Colossus, Grandia 2, GTA3, Breath of Fire 3 and the list goes on. By the time I was 29 I was engaged and my wife (fiancee at the time) bought me a PS3.  By this point the gaming landscape had started to change.

By the time the PS3 and the Xbox360 were in full swing almost everyone was talking about online EVERYTHING.  Companies had made it a point to stick online multiplayer even in games that weren't intended to have it (why the hell did the Xbox 330 words turn blue?).  Companies became obsessed with it and the single player experiences I loved my whole life were taking a back seat to the newer trendier thing.  So, not to be one against progress, I tried my hand at games like Halo 3 and CoD Black Ops.  Especially with Black Ops on the PS3 it was a mess, people screaming, talking, listening to music....I just couldn't take it anymore.  It felt awkward, and was making me feel like I hated playing.  Halo was better but what was the point, I am not particularly good at these games and people just kicked my ass all the time.  Online gaming ( or so I thought) was not for me.  These games still had single player experiences and some were good (Halo) and some were ass (CoD Black ops).  At the time the market was putting almost everything out with multiplayer and on PS3 it always had people talking and it gave me anxiety and I was like "fuck this!"

The only saving grace was the Borderlands series.  I hadn't been able to hang out with my best friend in months and when we were both able to get the game it was my first ever 2-3 player coop and  I have to tell you, when you know people, multiplayer is awesome.  Sadly I don't know many people that game online and his overbearing wife barely lets him play. I just play couch co-op with my wife, but it's still not online multiplayer.  I am a teacher and most of the people I work with are NOT gamers so that's also not an option . As I had finally seen the light of online gaming though, I tried playing borderlands online with people from a facebook group and let me tell you....it was fucking terrible, everything was c*ck, pu*sy, fa*got, suck my balls etc. I played once with 2 guys from the group and that's most of what they said.  I mean, I'm no saint, but when that's all that you talk about, then no thanks.  The one saving grace where I have truly enjoyed online gaming, not surprisingly, has been Splatoon.  Makes sense that the only online game I keep going back to is the one where I don't have to talk to people or hit mute a bunch.

So the good news is that there are plenty of single player games out there.  The bad news (at least for me and people like me) is that online gaming is a stress filled, anxiety ridden experience and some people just don't seem to understand why anyone would want to game alone.  I usually tell them it's because of reasons like the time this jackass kept following me and shooting me (to bounce me around and annoy the fuck out of me) in Destiny.  The dude kept it up for 30 minutes.  So yes, there are many of us who just like to play games without the social aspect, and we're not a joke, or less of a gamer, or out of touch, just because we want to play alone if possible.