Why I would perfer getting the NX sooner than later

I am sure that a year ago I would be on the opposite side of the issue here. It is pretty clear to the older me that this kind of move only means that Nintendo is giving up on the current hardware and just pushing through and leaving everyone who has invested in the dust. To be honest it been a really hard sell on any Nintendo hardware for me since the Wii, not that the Wii did not have the software I wanted, but that the social aspects of the games simply left me more alone than I already was.

I am sure back in the day they were great machines. But at the same time, I really cannot get over the cost of the system. Yes, there are old ones and new ones for $70-$100, but at the same time it does not make up for the very dated hardware in the machines. I guess in that sense my Wii U has made me spoiled as I really cannot see me wanting to spend $170 for a "new" 3DS for a system that has so many limitations and not many strengths. Not to be too rough on the 3DS, but in many ways is was the smaller, cuter, and more popular version of the Wii U. Which is great, but its hard to get the gumption that it is necessary. 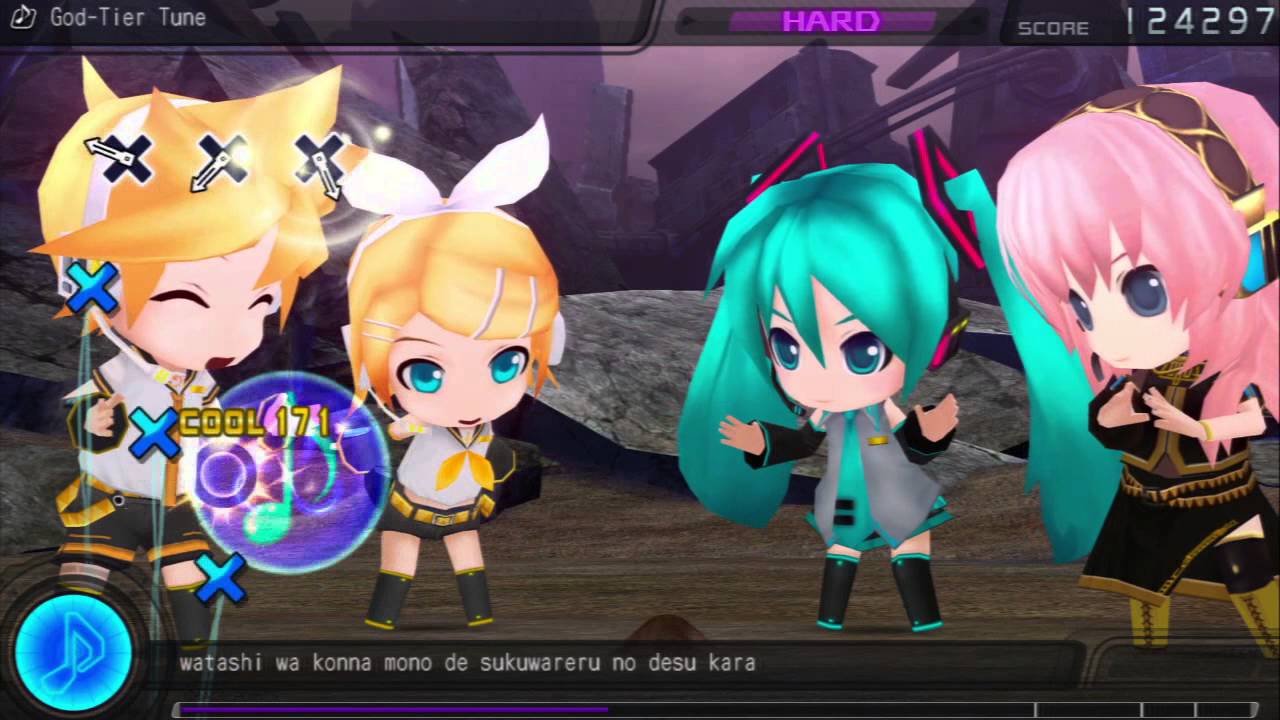 The few games that get me excited for the 3DS are the two Dragon Quest games, SMT4 SMT4P2, and Monster Hunter 4.

While I totally get that those games are pretty cool, at the same time almost none of them really use the 3DS as well as they could. So it leaves me wondering why I should even bother getting the hardware when the only other thing that could get me excited about the system is digital games: AFTER BURNER 3D!!!

So if anything I have learned in the last two years is that having physical copies of games with the boxes is worth a lot more than just the games themselves. In many ways it keeps me honest in how many games I buy and forces me to live under the constrains of the space I am allotted. But also trading/selling is just a lot easier as they actually hold more value. Not to say that digital games are great and all because they only take up the space on the SD card in the device, but without some universal system or some form of connectivity they are completely worthless in terms of jumping to different hardware.

I would not be the first person to point out that Nintendo has been slow when it came to the internet. What we have now is much better than the Wii or DSi era, but what we do have is based on ideas from almost 5 years ago. Nintendo's current online system is showing its age more than ever. We are not able to share all of the content between hardware. (there is only two platforms... this should not be that hard) The current system was not built to change. (All of the software is about the same as it was 5 years ago)

So if it means that Nintendo has to introduce a new piece of hardware to make a new online store/system I would love to see that sooner than later.

As it seems to me that Nintendo like to custom tailor software to match their hardware. Its what gave them the edge in the NES/arcade era as they were able to use the most out of parts that everyone had. (but they managed to do it better than the rest) This style has held them back over the years as it showed how slow of a process making games, moving onto a new piece of hardware. As much as I do love Wario games as they really showed how diverse of experiences you could get on the Gameboy, it always astonished me later to know that the SNES was chugging along those years too.

But that is the complete issue with the Wii I had was that it's online system was only an extension of the DS online system... which the DS online system was terrible in every convention. Which is why the Wii sucked at using the internet except for playing games online and downloading titles off of the E-shop. Everything else sucked. They tried but at the end of it all it was the same basic system that was built 2 years before. So yeah having the Wii U have the 3DS's online system is neat and all, but in the end it was dated when it came out... and it only got older and older.

lucky the current architecture supports a lot more functions so we are not completely starved for content... rip original ideas for Wii Connect 24...

But Nintendo needs to get excited about the internet... if it takes a new piece of hardware for that to happen so be it. Did I mention that I just now learned that the Wii VC shop version of Street Fighter 2 Championship Edition had online multiplayer on the Wii? But literally there was no marketing except for internet blogs... Nintendo really needs to step it up and there is so much more than marketing problems.

So if this means we will finally get all of the accounts/games/profiles into one system I think this would ease a lot of tension with fans that have heavily invested into the E-shops, and create more consumer trust. Cause right now I have to keep wondering if they are simply going to drop all the games that still have yet to make it off the Wii which makes those purchases... worthless later on.

I see systems being totted when they have digital games but at the same time they ask $20 more than the asking price online, which even shows the owners devalue the digital game. The whole 3DS debacle was terrible they knew they had an amazing product, they had support, but they had to listen to the negative press and take their attention off of their next home video game console to make sure the 3DS would succeed. While it worked, it took teams away from the new hardware and slowed down releases so much that the Wii U never really had a chance. With so much support for the 3DS no one wanted the Wii U, and there were simply so many good games that provided the experiences people wanted before the Wii U even got a chance to get them out too.

But the lowering of the 3DS price so early really cut into the steam of the Wii U and hurt the company a lot. I don't think people really understand that, even though those years I was also asking for the price drop.

It simply made it confusing what to purchase, was the system you were going to buy was going to get supported. When would you expect first party support? When would they start putting more money into the system? And some odd but fair choices in the E-shop.