More is Less: Five Features in Games That Treat You Like a Moron

You want that red key? Find it yourself!

Half-Life, System Shock 2 and similar 90's titles saw a shift in FPS games away from level-based formats, towards linear Point A to Point B "tunnels." This gave the illusion of a much bigger game world existing all around you, even as the accessible terrain shrank. The player is essentially traveling down a tunnel. A very well-painted tunnel, but a tunnel nonetheless.

The intention, I assume, was to create a forward-moving narrative. But it removes a gamer's agency: they aren't free to truly explore, to find alternate routes or secret rewards that give them a sense of accomplishment. A linear map might have a side room or two, or a crate under the stairway with some ammo, but you never feel like you've found something special, something only the diligent will discover. Without these benefits, gamers have no choice but to keep going forward along the path determined for them. The only reward is reaching the end.

Even worse, these maps aren't just linear, they're becoming smaller. As graphics improve, developers pack in more detail to take advantage of it. The more they add, the more demanding the graphics become, so developers shrink the levels to compensate, because the alternative is a bland, empty tunnel. But now you've got a short tunnel full of clutter a gamer can't interact with or just gets in the way. 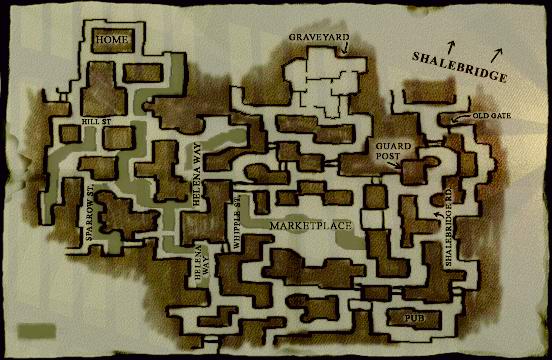 I have nothing against maps. They're very handy for obvious reasons. But consider Doom, where your map is only drawn for you as you explore a level. Or Thief, where the map is a crudely drawn approximation, based on nothing more than the tidbits of info main character Garret was gleaned from his sources. Some Thief maps are useless as anything but a list of landmarks, trusting the gamer to work things out for themselves. Translating these maps into something meaningful is an accomplishment all in itself.

Now compare this to games where you start a level, one neither you nor your character should have any foreknowledge of, yet your map screen contains a complete, detailed map with easy-to-read navigation markers. It robs you of any anticipation or exploration you might have enjoyed from this otherwise undiscovered environment. And speaking of maps...

Just watch the minimap. The rest of this screen offers no useful information.

Lots of games have minimaps stuffed into a corner of the HUD, where players can trace Waypoints and discern a path through the piles of junk developers dump into their levels. A minimap can be useful, if you're the type that doesn't like to actually look at the environment you're exploring, and just want to follow a blip to your next objective. But you're not actually playing the game then, are you? You've got the shot-gun toting badasses' equivalent of a smart phone with Google Maps. I wonder how many players, like drivers, run face-first into trouble 'cause their eyes were on their minimaps. 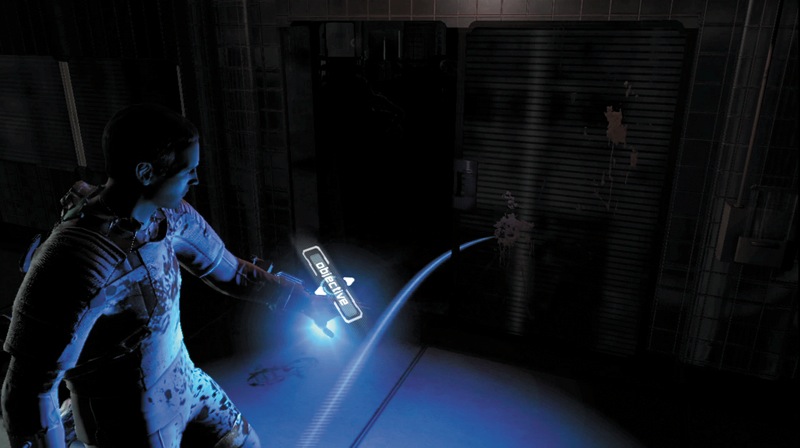 Raise your hand if you ever needed this feature.

When a game doesn't have a map/minimap (or does, inexplicably), chances are you'll have access to some kind of pathfinder, which draws your path for you with clearly drawn lines or arrows. This feature is annoying because the developer is basically saying "yeah, we made a shitty map, but instead of fixing it, how about we just show you what direction to take? How does that feel?" Patronizing, devs. It feels patronizing. 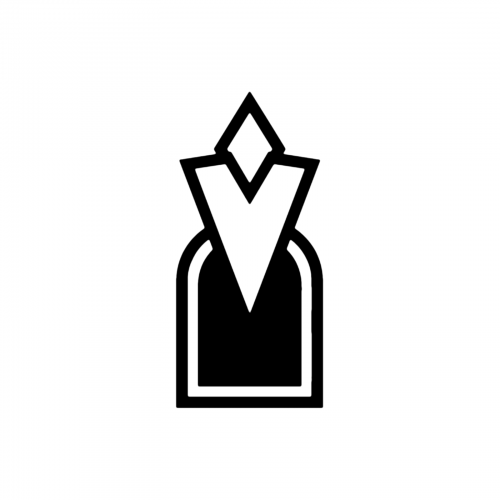 I first experienced waypoints in Mechwarrior 2. They were called Navpoints then (heh, "Navpoint Alpha reached"), and they were used to provide directions on maps that were measured in kilometers. Today, waypoints exist so gamers--so numb and hand-led thanks to the other features on this list--don't pass by that switch or key that exists not to test their hunting skills, but to delay the next 40 feet of their tunnel-walking tour.

Admit it, there have been moments in where your attention isn't even on the game, where you're just following a blip and run into one of those cutscene-less cutscenes that bring your progress to a halt so some nameless NPC could spout exposition at you, and make it seem like your character has a reason not to branch off from his tunnel-walking tour. You weren't listening to that guy. You were busy testing your squat-jumping skills, or shooting wildly into the air, and doing anything in your power to try and will the game to get back to the tunnel-walking so you could hurry up and finish the game already. But whoops! You were so distracted you didn't hear him tell you to pick up a key, and you went right by it because even though your waypoint was sitting on it the game is so linear and uninspired you just keep going in a daze until you reach the exit, but now you can't leave without the key. Time to backtrack! And eat up more of your game time!

Need to find a merchant? Waypoints. Need to return to your vehicle? Waypoint. Need to hunt down a mobile target that couldn't possibly be traced? Waypoints! WAYPOINTS! YOUR GAMING EXPERIENCE IS FOLLOWING A WAYPOINT FROM START TO FINISH LIKE A RAT IN A GORRAMN MAZE! A MAZE WITH ONLY ONE FUCKING DIRECTION AND THE DEVS THINK YOU'RE SO FUCKING STUPID YOU CAN'T FIND YOUR WAY TO THE END FUUUUUUU- 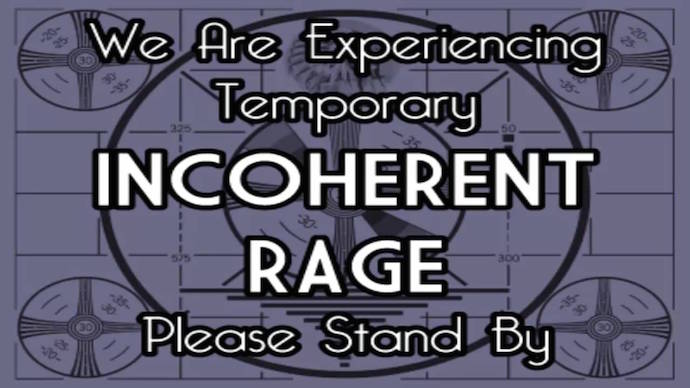 Like so many shitty features in games, none of these are bad in principle. Games (or more importantly, players) can benefit if they are utilized creatively, intelligently, and--most importantly--minimally. These tools need to be toned down, or removed entirely.

And don't tell me they're just optional, that I can turn them off in the menu, because that creates a scenario where a game that's designed to use them no longer has them, leading to frustration as the gamer is forced to guess what the devs were thinking, when all they were thinking was "use the waypoints." A developer that realizes this problem and compensates for it properly can provide a surprisingly entertaining experience for gamers, as Far Cry: Primal recently demonstrated.

Games need to stop treating us like gormless morons with attention spans measured in eye-blinks. We old timers boast about young players being unable to handle games they way they used to be, but they don't really get a chance to play them that way anymore, do they? They're forced to either go retro or play shitty modern games where their shitty tunnel tour is pre-determined for them by a handful of shitty way-shit-points-shitty.

I meant for this to be a lot of more fucking professional. Waypoints can go fuck themselves.