Five wrestling games in which kayfabe is REAL

Wrestling and video games. You'd think this would be a no-brainer. Wrestling, like reality TV and soap opera, is its own little bubble world which operates on its own set of rules and physical laws. It's not quite real while giving the appearance of being realer than really real. Naturally, for this world to be immersive - the world of "Kayfabe," to give it its proper name - there has to be a pretty concerted suspension of disbelief from the audience.

Sure we can sort of get into the plots and the character rivalries, but there are just certain moments, y'know? Personally, my higher functions shut down whenever Roman Reigns gets near a microphone, but sometimes reality breaks so badly that you just can't turn your brain off. If you saw Sting get straight back up from being hit in the head with a sledgehammer by Triple H at Summerslam, you know EXACTLY what I'm talking about. I've seen people sell getting hit by the steel chair harder than Sting sold getting hit by a sledgehammer. Stone Cold later said that all that was left for the WWE writing team to do was to add Wile E. Coyote style tweeting birds flying around his head.

You'd think, then, that video games would be the perfect medium for telling these stories. When a real wrestler gets the Irish whip and is obliged to run across the ring, bounce of the ropes and then run back again to his starting place at a steady lick, your brain will always be telling you "You know, I'm pretty sure that's not how momentum works." When it happens in a video game, though, it IS how momentum works because video games are magical world where the laws of physics are at the whim of the developer.

In a video game it can all be literally real. Only it isn't. Not hardly ever. I call that a shame, so here are five games in which all those wonderful, nuttier than Donald Trump's nut cutlets plotlines are gloriously real.

SvR2007 is at the bottom of the list because it's probably the most sober game we'll be talking about today. And with that said, here is a screenshot of The Miz getting mugged by Hornswoggle. 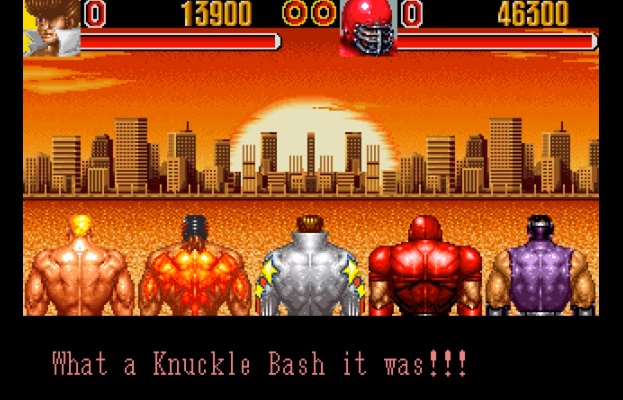