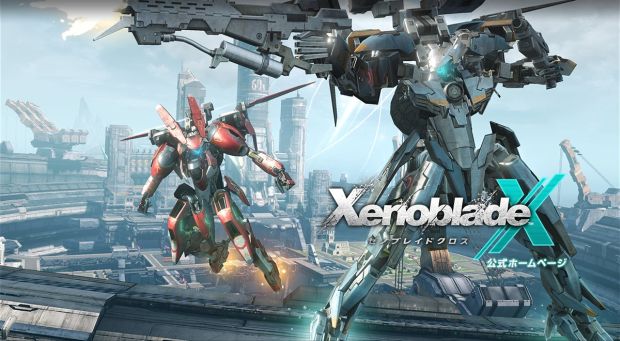 You know that feeling? That feeling you get when you're waiting for your post-apocalyptic action-RPG with a huge free-roaming world? Of course you do, you've been feeling that for months now while you were waiting for Fallout 4! And then the game came out and the gaming world rejoiced and/or lamented the myriad of bugs and glitches.

As for me, Fallout 4 doesn't actually interest me at all. Fallout never has. My post-apocalyptic free-roaming action-RPG is still two weeks away. At the risk of sounding pretentious, I remember a time when the original Xenoblade was announced and yet everyone seemed to care more about The Last Story. Hell, I remember a time when I seemed to be the only one who had ever heard of Baten Kaitos. I'm glad that nowadays people sit up and take notice whenever Monolith Soft comes out with something new. Doesn't make the wait any easier though.

It should be obvious that I'm hugely looking forward to this game. I don't think I've been this hyped for a game since the original Xenoblade. I'm a huge not for exploring large sprawling worlds in video games, and it's looking like Xenoblade Chronicles X is going to deliver that in spades. The ability to fly around the world transforming mechs may as well be icing on the cake.


It's been over two years now when the first trailer (below) hit. Two years since this game was still only known as 'X'. Two years of waiting. In two weeks, it'll finally be over. It's going to be worth it; count on it.

If you want to schedule an event (FNF, Weekend Warriors, Twitchtoid), just leave a comment like so:
Event
Game (Console)
Time (Eastern Standard, please)
Your Disqus/Dtoid username
Your gamertag

Sign up for Nintendoid if you want in on all the talk and get over Nintendo's lack of lobbies.