So that just happened - Summer (+ October)

All right, so, 4 months I wrote about my adventures in Barcelona…and then nothing. I’ve been trying to get this sort of comeback post out for a while, but I’ve either been too busy, too lazy or simply had other stuff I wanted to do. Even so, despite not being active I’ve been trying to keep up with the happenings around Destructoid – seeing people come and go, the layout changes, this quick-post thingie, and so on. But now, for those who might be interested in where I’ve been, my thoughts on a couple of games I’ve played during the summer and the woes of writing for a videogame, let’s get to it! 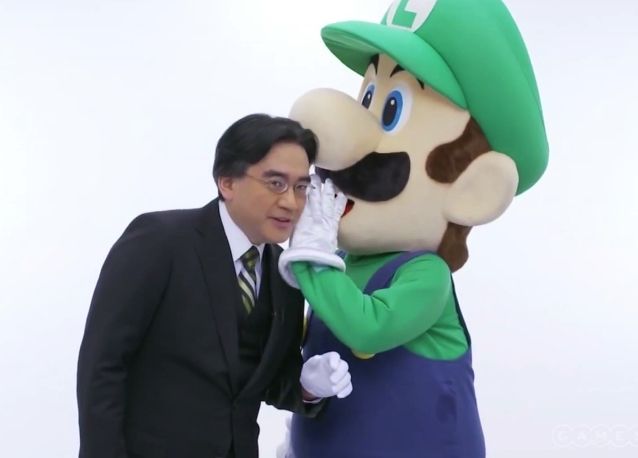 2015 has been a year of considerable losses for this industry of ours, with one of the most tragic and saddening being that of Satoru Iwata. After news of his passing got out I saw many people, you guys included, share some beautiful and heartfelt tributes to this person who was able to touch so many of us.

I got to find out a lot of stuff about him and his contributions to some games I love, but, most importantly, I found out how I didn’t appreciate this man enough. Not only for those contributions, since that’s more of a matter of being aware of it, but rather for a lot of other aspects that were right in front of me – from the Nintendo Directs to the Iwata Asks, to the way he tried to carry a legendary company into the future. I admit, when thinking about Nintendo Iwata’s name was neither the first nor the second, maybe even not the third I thought of. And it deeply saddens me that my appreciation for his work has had to develop due to this untimely passing.

In short, thank you Iwata-san. 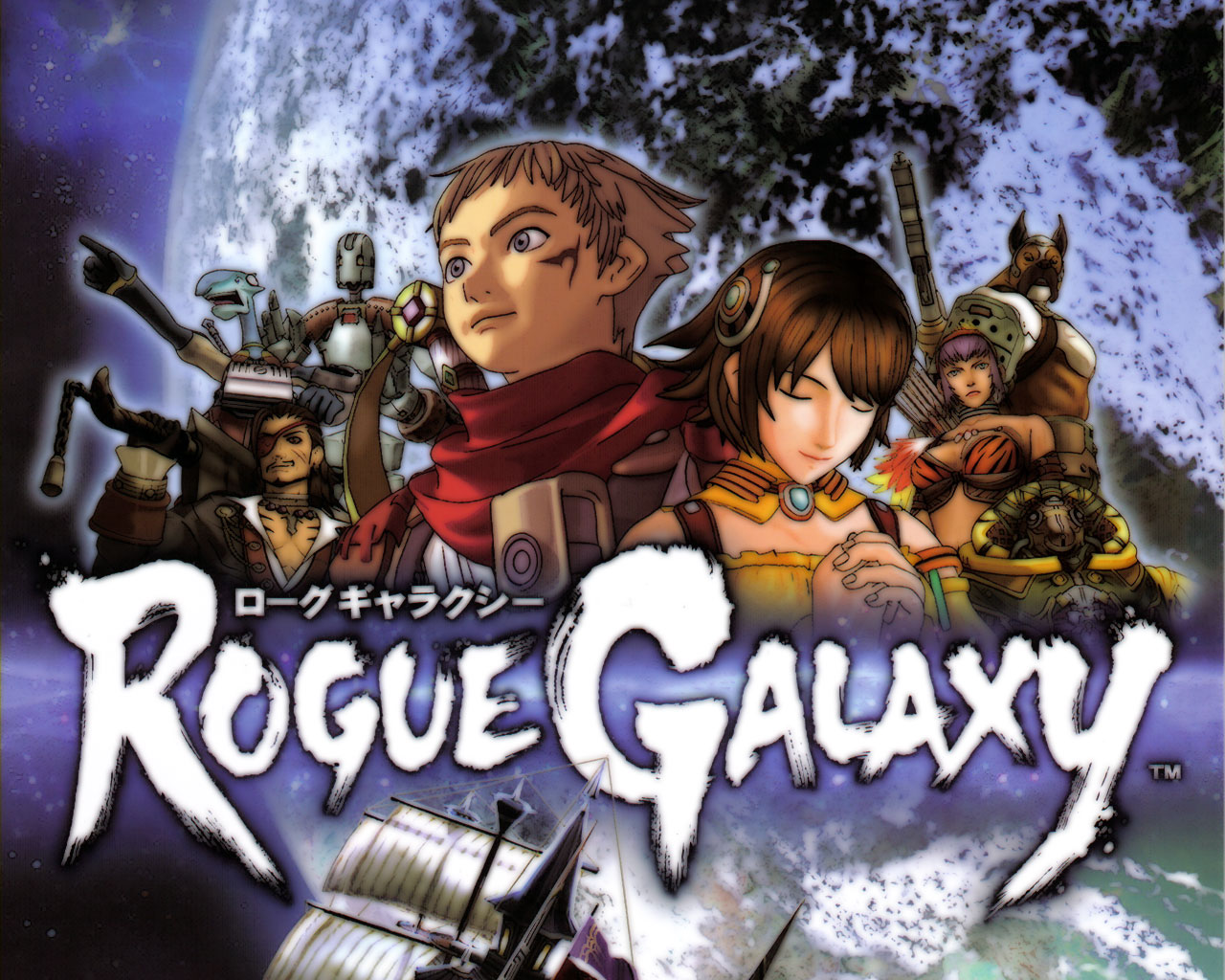 Dark Chronicle (Dark Cloud 2 in the US) is one of my all-time favorite games, which meant that there were some considerable expectations for Rogue Galaxy. Well, I did miss it when it was initially released, and it spent about a year in my backlog before I decided to get to it, but still. Expectations were indeed there. And so, after the 40 to 50 hours I spent with it, unfortunately I came away from it feeling disappointed…really disappointed. Mainly from the story standpoint, as what started as a rather fun story I was becoming invested in ended up in a clusterf*ck of clichés and ridiculous decisions in the last two fifths – both in the overall plot and character development. While I enjoyed the individual arcs of about 3 of the 8 main characters, the rest of them were either uninspired or downright stupid (looking at you Kisala).

I won’t elaborate much more on this – I may do so if someone is interested in knowing more about it and/or discussing it – since there’s a lot more stuff I want to get to, so on to some positives. Our crew of intrepid adventurers and dumb people travel between planets – about 6 in all, if I remember correctly – and even though we some usual environments – forest planet, mine planet, capital city planet – they’re actually pretty fun to traverse. They have a decent variety of NPCs (each one with their own name displayed, which is impressive), well organized layout and a soundtrack which may be my favorite part of the game. And the whole game cel-shading looks great.

One last thing: screw that Factory crap all the way to the farthest corners of Hell.

Ever since I was a little boy, I got this idea stuck in me that I’m not good at drawing. My mother is amazing at it, as is my grandma, but me…not so much. Which is absolutely fine, but as I grew older and began getting into some corners of the internet associated with my interests, I found the wonders of amazing fanart (and the horrors/hilarity of not so good ones). Over time, the thought “can’t draw for shit” slowly turned into ”maybe if I actually practice and make an effort to improve at it, maybe I can draw for some shit, at least”.

Enter the Art Academy games. Like a myriad of stuff, I had been thinking about the possibility of maybe acquiring said piece of interactive media from time to time. Then we got a Pokémon variant, which my brother ended up getting me for my birthday, so no excuses now. And you know what, I’m really enjoying my time with it! It’s a game that aims to teach you something, but understands the fundamentals of it – the learner needs to be interested in what he or she’s learning, and needs to enjoy it. I haven’t finished it yet, I’ve been playing it occasionally, but after completing the novice lessons I can say that, if nothing else, I get the feeling that if I practice and invest in it I could make something pretty decent one day!

Oh, and I must say the studying partner dynamic the game has, where there’s someone else getting drawing lessons with you, is both a hilarious and saddening experience, as the other person is indeed… not that good at this whole drawing thing, but has such unbridled energy that you can’t help but root for him/her. 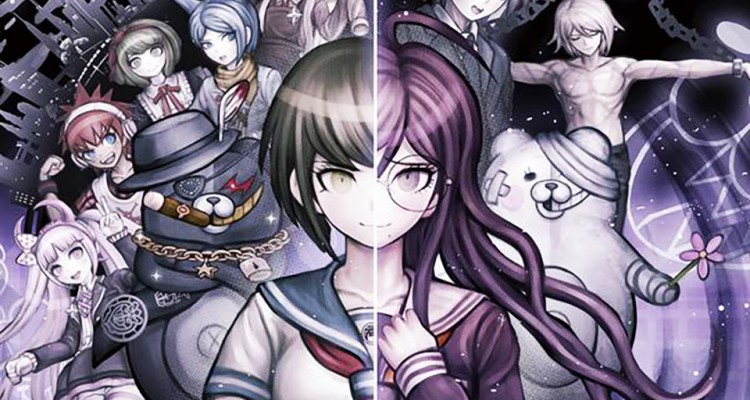 I’m a big fan of both Danganronpa games – from the trial mechanic to the visual style (especially the cutscenes) to the entrancing soundtrack. Ultra Despair Girls went in a slightly different direction, trading verbal bullets for more physical ones and the 1st-person walking for 3rd person shooting.

So, how did I feel about my time with it? In terms of expectations, its condition as a sort of canon spin-off made it easier for me to be more open in regard to the shift in mechanics – even more when it is something that I, as a Persona fan, have now been much more accustomed to – and it works pretty well. If there’s something seemed to be rather hit or miss (literally) is that the instant kill spot on the Monokumas is their left eye, which is a pretty small area, and twitch movements didn’t get the job done like they probably would in other 3rd person shooters.

In terms of the narrative and the story, the tone and subjects addressed were pretty on par with what I’ve come to expect from this series, and for the most part it succeeds in living up to that. Toko/Genocide Jack are the clear highlights with their character development and relation to Komaru being where I was most invested in, and Makoto’s sister having a solid arc, even if her generic-ness (a word, as of right now) and whining got a bit grading at times. The first time I saw our pre-pubescent antagonists I wasn’t too fond of their designs, but and still am not their biggest fan, but as characters they also didn’t feel like they didn’t belong.

The soundtrack follows the quality set by the other two games’ tunes, and the visual style is still a joy to look at, with the transition to 3D working pretty well, I dug it. Those anime-style cutscenes I could honestly do without, but they’re not a deal breaker by any means. If you enjoyed the first two incursions through despair and the 3rd person shooting doesn’t put you off, I’d definitely suggest you check it out!

For all my love of videogames…well, because of it actually, I never felt like creating a game. Like so many other things I’d much rather experience and enjoy them from the audience seat than try my hand at it. Nonetheless, as I began my journey as a translator, the thought of participating in game localization began speaking louder and louder.

In late May of this year I began working closely with an indie company that was developing a game I had been following and supporting for some time. While I was initially expecting to work on the linguistic part of the game – reviewing and revising the text they had – I actually ended up tasked with giving more cohesion and depth to the narrative itself; or as much as I could, since the game was released two months after I joined them. It was, and honestly still is, one of the most interesting experiences I’ve ever had – both with great ups, and pretty big downs.

For one I got to experience with dialogue writing and exploring some narrative ideas, and I had the humbling opportunity of working with amazingly talented visual and audio artists. This was also very elucidative in terms of understanding my knowledge of game design, which is (very) limited obviously, but all my thinking and researching about games does contribute to an at least basic understanding of how games work, and so I was able to have decent conversations related to mechanics and level design.

Buuuut…with this comes my awareness of how some of the people who actually have directorial power within the team, even if they are obviously gamers and enjoy their games, have less of an understanding of games design and mechanics as me, which is not positive in this situation. Even if I happened to suggest something while trying to explain and back up with reasonable arguments, many were just pushed aside (but some were indeed taken into consideration, which should be noted).

I also had – and still have – another vision for how to explore and really bet it all on the atmosphere and using mechanics as narrative, the team as a whole still have a mentality of “gameplay with a nice story to back it up”, so the combat got a more of a focus than I would suggest for the theme in question, but I’ve already made my peace with that.

The game is out, but due to both some questionable design and investment decisions it’s in an unfinished state. This is a shame for a number of reasons: it’s a project with a lot of potential which got squandered, it’s something I’d love to show my friends and family but as it is now it doesn’t actually show my contribution. I’m also not comfortable with the way the community management is being handled, because even if I understand that having a publisher means you’re not able to be as transparent as you’d like, I’d rather be as honest as possible with those that are supporting the public.

I’m still working with them, venturing into newer projects, but I still have that feeling of not really wanting to make games, just enjoy and think (a lot) about them. Localizing them though, that’s a whole other situation! 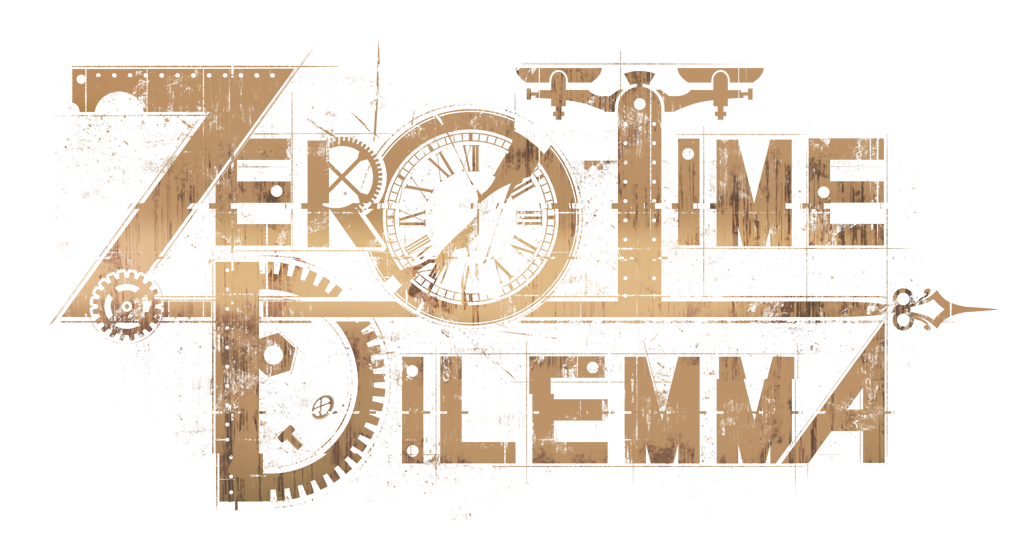 Well, here you have a rather brief summary of my summer, with some – ok, a whole lot – of venting along the way. I really hope I can get back to sharing with you some more of my thoughts on games and themes in a more regular fashion. Right now I’ll be trying to manage my immeasurable hype for Zero Time Dilemma and the sadness because of the fact that it is digital-only here in Europe.