They Call Me Spooky: My Trip to Hell

It's Halloween once again. As this fabled night of horror draws closer and closer, I am drawn to the memory of a game from my past. This tale put me through horrors unlike any which I had ever before experienced... And if you're willing, Destructoid, it is a tale I will now share with you as well.

The game tasks you with a fairly straightforward goal, as many horror games might do to set the scene. In this game's case, the character who takes to the stage is an orphan, and a loner at that. He's something of a recluse, with only an heirloom of his family's to his name setting him apart.

That is, of course, until the heirloom is stolen from him.

Even as we're given a taste of what's to come in the form of the creature of the night that stole the heirloom, a horror that to this day keeps people awake under the covers, its visage burned into their eyes... The hero can't give up the only tie he has to his family. 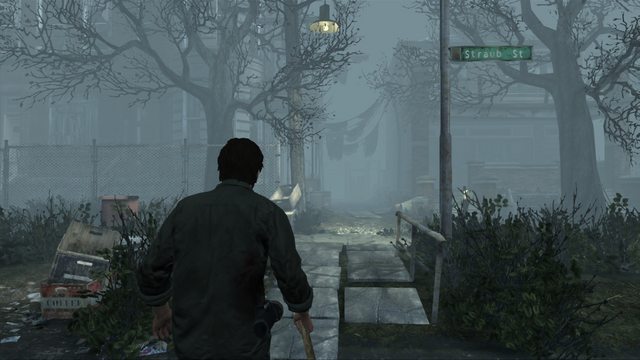 He charges forward, as if the heirloom itself is calling him. Perhaps it is. Would that be so unheard of for a game? The game leaves you to wonder: If it is... Is this heirloom's pull a blessing, bringing you closer to your goal, a helpful game mechanic when you needed it, or is it a curse, drawing you closer to the horrors that await?

Despite these questions, there's still nothing terribly scary about the game yet. As we begin chasing after the phantom that stole from us, we learn that the phantom has descended to an abandoned mine of some kind; the perfect setting for a horror game, wouldn't you agree?

As is typical for these types of games, our hero doesn't question the need to descend to such an obvious horror pit. He goes, his desire for the only thread connecting him to his lost family the only thing in his mind.

... but things take a turn for the worse when he finds himself not in the mine, but something out of this world.

As if you slipped between this world and the next, you find yourself in a place that is indescribable. You were traveling underground towards the mine, so how is it you've found yourself atop small, isolated mountains, with ground nowhere in sight? You fear that if you were to descend, you'd never reach a bottom. It's as though there is no ground below these horrible formations.

Your character tries to get his bearings, but there's something different about this place... Something wrong.

The formations of the land on which you're forced to traverse are quite clearly unnatural. It's as if there's a shape to them... An all too familiar shape, but one you can't quite put your place on from above.

When you turn away, even just as you shift the camera away, I recall that I could almost swear that those landmarks were sneering at me from the corner of my eye. I looked back, and nothing was there, but even so, every time...

This being a game, surely there had to be a goal here, something for me to find or discover, right?

To this day I wish I had stopped here.

I'll be frank. This part of the game, as I would later learn, was literally Hell taken form. 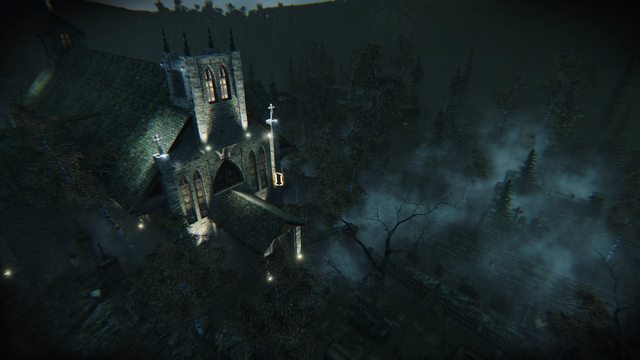 Specters and other terrifying beasts began to crawl out from behind the landmarks that made no sense. Scarecrows, gravestones, train tracks... Where did all of this come from? Why was it there? What the hell did it want from me?

To drag it down to stay there with it, as it happened.

There are even horrors you can try to interact with that won't kill you in this part of the game. You can go to ask him a question, and he vanished in a second. You can try to explore the church, but the wails of the crying plants will probably stop you from getting too far. You'll hear the whistle of a train in the distance on occasion, but even if you can find the hidden one on the edge of the map, there's no getting out of here that way.

And through some miracle, as if you never went there in the first place, you'll find yourself in the mines.

Even after somehow escaping that place, oh, it's not that easy, my friends. The game won't let you go that soon.

When you finally arrive in the mine, tainted by the horrors of the otherworldly nightmare from which you feel like you still haven't truly escaped, you find that those horrors have followed you. For its time, the game pulls this off quite well, hiding the spooks in places you'd never expect them to be found as you explore.

Some, like the ones from before, don't hurt you, simply being there for effect, showing you that you're not out of the woods yet... while others will do some pretty heavy damage, with every strike making you fear that they'll send you back.

Though the hero pushes on, despite narrowly escaping drowning at the hands of the spooks, I can't help but imagine there was only one thing going through his mind as he pushed on.

"I wish I hadn't gone to Pumpkin Hill." 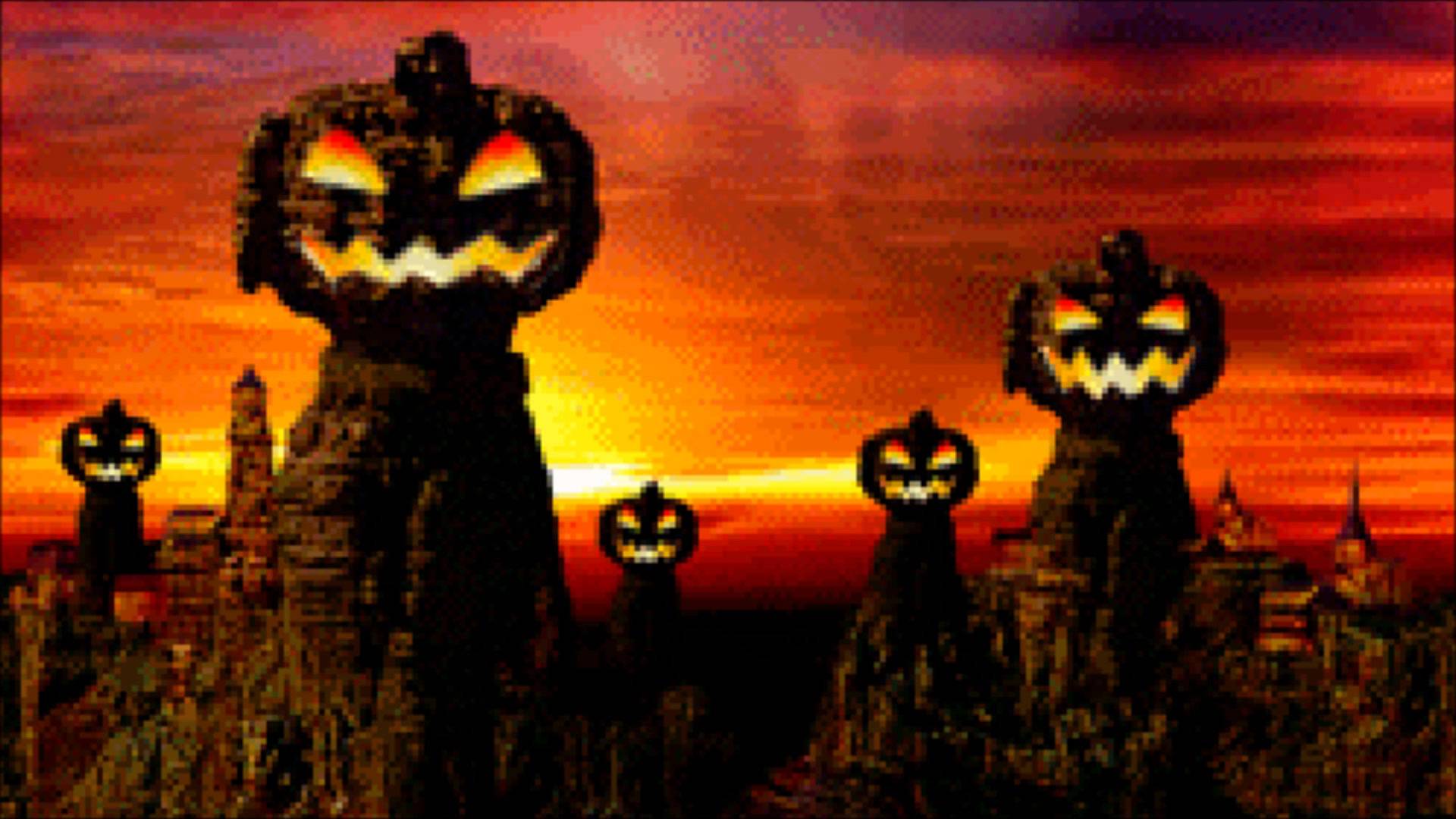