The Terrifying Truth About Ghost Pokemon: A Public Service Announcement

Some folks seem to think that living in the Pokemon world is all beauty contests and fun battles. But it's not. The Pokemon world holds a dark and terrible secret: ghost Pokemon. I wouldn't want to live in a world where nightmare creatures like these lurk in the shadows. "But," you proclaim, "ghost Pokemon aren't scary! Some of them are even kind of cute! They'd be a great addition to my team." Yeah, that's what they want you to think. They lure you into a false sense of security to get close to you, and that's when they strike! Have you ever taken the time to read their Pokedex entries? I guarantee you'll think differently once you hear the kinds of horrible things these abominations do to people. So be warned, aspiring trainer, if you encounter a ghost-type in the wild, don't try to catch it! Run for your life! 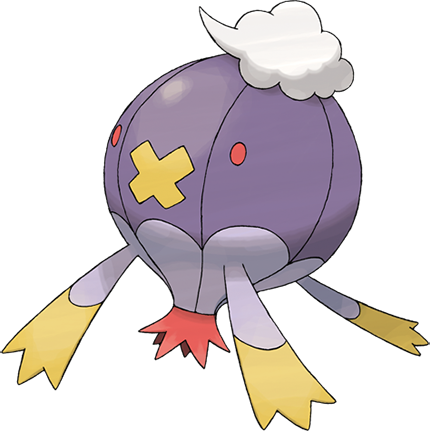 If there's anything less intimidating than a Drifloon, it's a Drifblim. These things literally just drift around in groups at night. If it gets ahold of someone it can carry them along, "but since it only drifts, it can end up anywhere." So, I mean, it could float you into a pit of snakes or a volcano, but it doesn't have any inherent malicious intent. Even it did, there's nothing it could really do do you since it can't even control where it flies. I kind of feel sorry for it.

#pokemonHalloween
Login to vote this up!