Harvester was not, by any means, a subtle game. Whereas Phantasmoria used gore relatively sparingly, reserving the more violent scenes for the game's last two chapters, Harvester was gruesome from the get-go. One of the game's full-motion video sequences featured a mother being consumed by her ravenous children, which lead to it being banned in Germany and censored in Europe. The more interactive sections of the game were no less gory either, though a little more pixellated, making for a game that definitely wasn't for the faint of heart.

But while Harvester was undeniably gory, it also had a rather intriguing and disturbing storyline. The game, which was mostly a point and click adventure, was set in the fictional town of Harvest, a place where everything was a little off. However, your character, Steve, was the only one to acknowledge that there was anything unsettling about the town. Everyone else seemed to act like everything was just fine, as if it was perfectly normal that Steve's father was kept locked in a darkened room and that the paperboy collected, rather than delivered, papers. 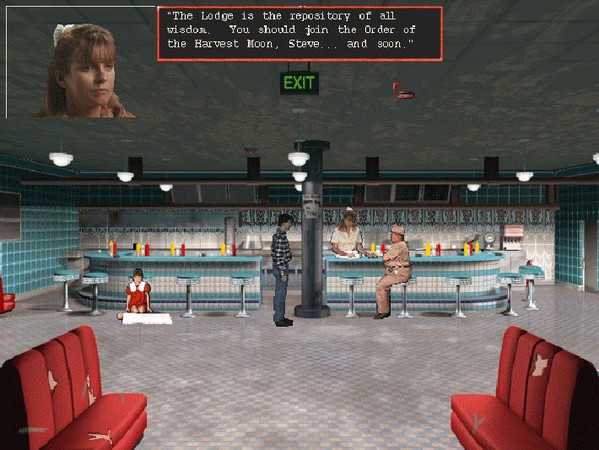 Ooookay, something's not quite right here.

Aside from the paperboy, who would shoot you if you repeatedly forgot to leave the paper out – the game featured a range of characters who were similarly skewed. Despite the fact your character had no idea who they were – apparently suffering from amnesia – they acted like they had known you for a long time and that 'You always were such a kidder, Steve.' Surprisingly, the slightly wonky voice acting worked in the game's favour, helping to advance the notion that there was something wrong with the town. Though I had a job keeping a straight face when I encountered a character who sounded like Doctor Claw from the nineties Inspector Gadget cartoon.

Gameplay generally involved going around the game's skewed small-town locations, speaking to characters, collecting items and using them to solve different problems. You were typically given one major task to accomplish, which would typically involve undertaking several tasks first. However, you had to step carefully as it was entirely possible for your character to be killed in any number of unpleasant ways. If you plan on playing Harvester, I'd recommend saving often. 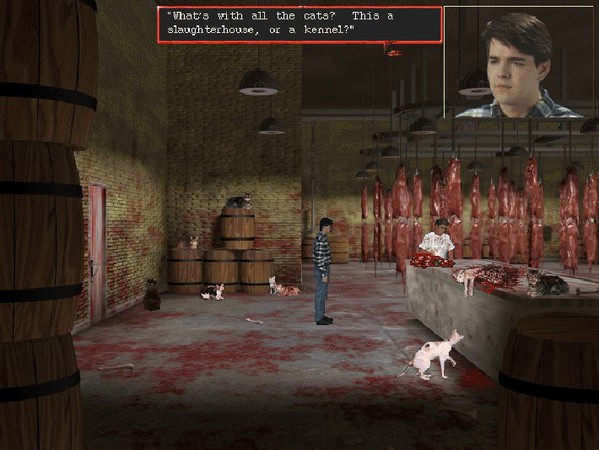 Apparently Steve's forgotten what lives in a kennel, too.

However, it wasn't just your character's life that was at stake in Harvester. Several of your actions – which had to be undertaken in order to complete the game – resulted in some very unpleasant consequences for the inhabitants of Harvest. Something that sticks in my mind and which, at the time, felt like a punch to the gut, was the moment when you discover a character had committed suicide because of something you did. While Harvester did seem to take inspiration from Twin Peaks, it was even darker than David Lynch's show.

Harvester's graphics left something to be desired and weren't particularly pretty even when compared to other games of the time. The animation was also rather jerky and there was a glaring contrast between the locations rendered backgrounds and the digitised characters. The gore itself looked fairly amateurish – Tom Savini needn't have worried – which mean it occasionally ended up being funny rather than shocking. There was a scene where your character got to remove another character's spinal column and skull, Predator style, which was hard to take seriously given how ridiculous it looked. 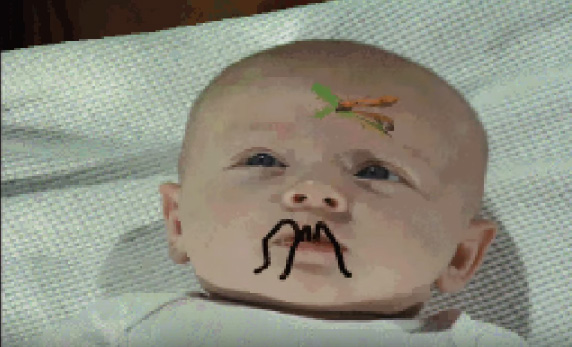 This game certainly does have its moments.

Harvester was, for the first two thirds of its running length, a pretty good game, despite it's rough-looking graphics. Horrific as the world of Harvester could be, it was also highly entertaining to interact with the characters who lived in the town. Solving the game's puzzles was also satisfying since they were tricky but the solutions were rarely illogical. However, things went downhill during the last third of the game.

Despite the fact that it was, for the most part, a point and click adventure, Harvester also featured a combat system. You didn't really have to use this until the final third part of the game, but it was hugely unwieldy. You had to hit hit one of three keys to deliver a high, middle or low punch, then shuffle forward or backwards like you needed a change of trousers. And that was all there was too it. The collision detection when you undertook combat was somewhat suspect and the animation was so suspect it looked like you were flailing around trying to catch a wasp. You could attack a few characters during the first two thirds of the game, but you'd then get arrested and executed. 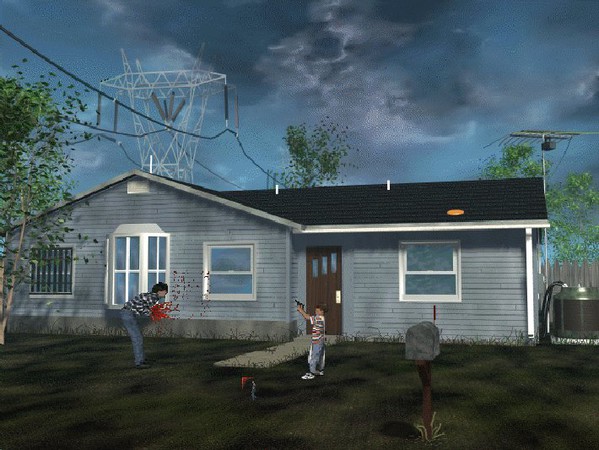 The little known 2012 remake of Paperboy.

The last third of the game, where you entered the mysterious lodge in the centre of town, was very combat heavy and mainly required you to just fight other characters, with virtually no puzzle solving. Given how ludicrously basic the combat system was – it almost seemed to be added as an afterthought – this meant that the third section ended up being excruciatingly tedious. It boggles the mind that the designers thought that a suitable answer to 'What mysteries lie inside the Harvest Lodge?' was 'Lots of things you have to flail your arms at.'

So is it worth revisiting Harvester or checking it out if you've never played it? Yes, though you should be prepared for the tedious grind of the game's final section. Especially since it's currently available for $1.49 on GOG as part of their Halloween sale. Whether it's the game's esoteric characters, the unsettling atmosphere, or the ludicrous gore that sticks in your mind, Harvester is not a game you'll forget any time soon.