While The Park can be compared to other walking simulators such as Everybody's Gone To The Rapture, the thing it reminded me of most was Charlie Brooker's 'The Metaphor Dimension', an imaginary programme he created for his TV Go Home website. The Metaphor Dimension was a jab at horror/sci-fi shows where the 'twist' was telegraphed right from the beginning of the show and The Park's storyline is so massively unsubtle and similarly heavy handed that my mind kept flitting back to Charlie Brooker's fictional creation. In fact, I kept hoping that The Park was attempting to divert my attention from what the story was actually about. But no, The Park makes it pretty obvious what's really going on within the first few minutes of the 'game'. The rest of the game is spent wandering around as the game yells 'DO YOU SEE WHAT'S GOING ON? ARE YOU SURE YOU GET IT? LET ME EXPLAIN IT AGAIN IN CASE YOU MISSED IT!' in your ear. 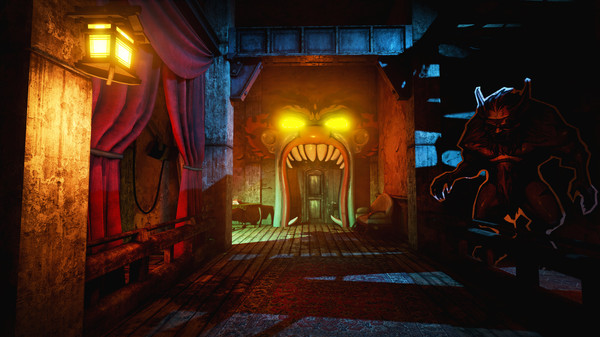 But I'm getting ahead of myself. The Park is essentially a 'walking simulator' although, unlike some other similar games, you do actually play a specific character. You're cast as a woman whose child goes missing in a soon-to-be-closed amusement park. You head into the amusement park to track him down, only to find that something isn't quite right about the place. The first thing you'll notice about the game – assuming you're running it on a half decent PC – is how fantastic looking the park is, albeit in a slightly run down way. But in this case, beauty is only skin deep as, once you're inside the park, there's very little to actually do. 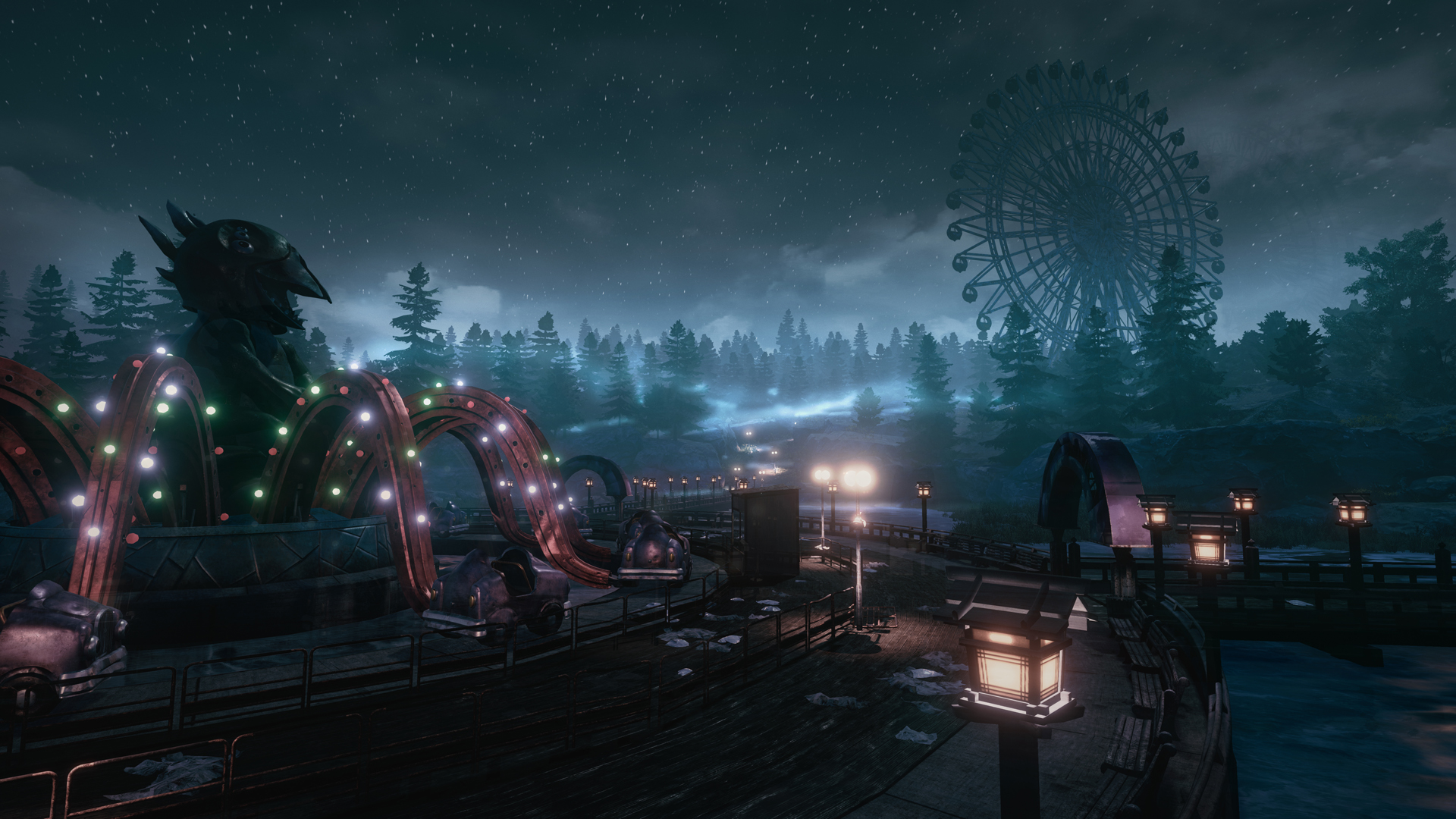 The Park looks lovely. It just doesn't play that well.

The Park's controls are fairly basic – aside from just walking around the park, you use the left mouse button to periodically interact with objects . 'Gameplay' actually involves following a particular path to one attraction, getting on it and listening to your character talk and occasionally hallucinate about her past. Then you get off and head over to the next attraction, to repeat the whole process again. There are no puzzles to solve, only the odd button to press. You can use the right mouse button to yell your child's name, which you may find strangely amusing if you've previously played Heavy Rain, which contained a similar feature. Though the tone of your character's pleas does alter as the game progresses, which I have to give the game credit for. 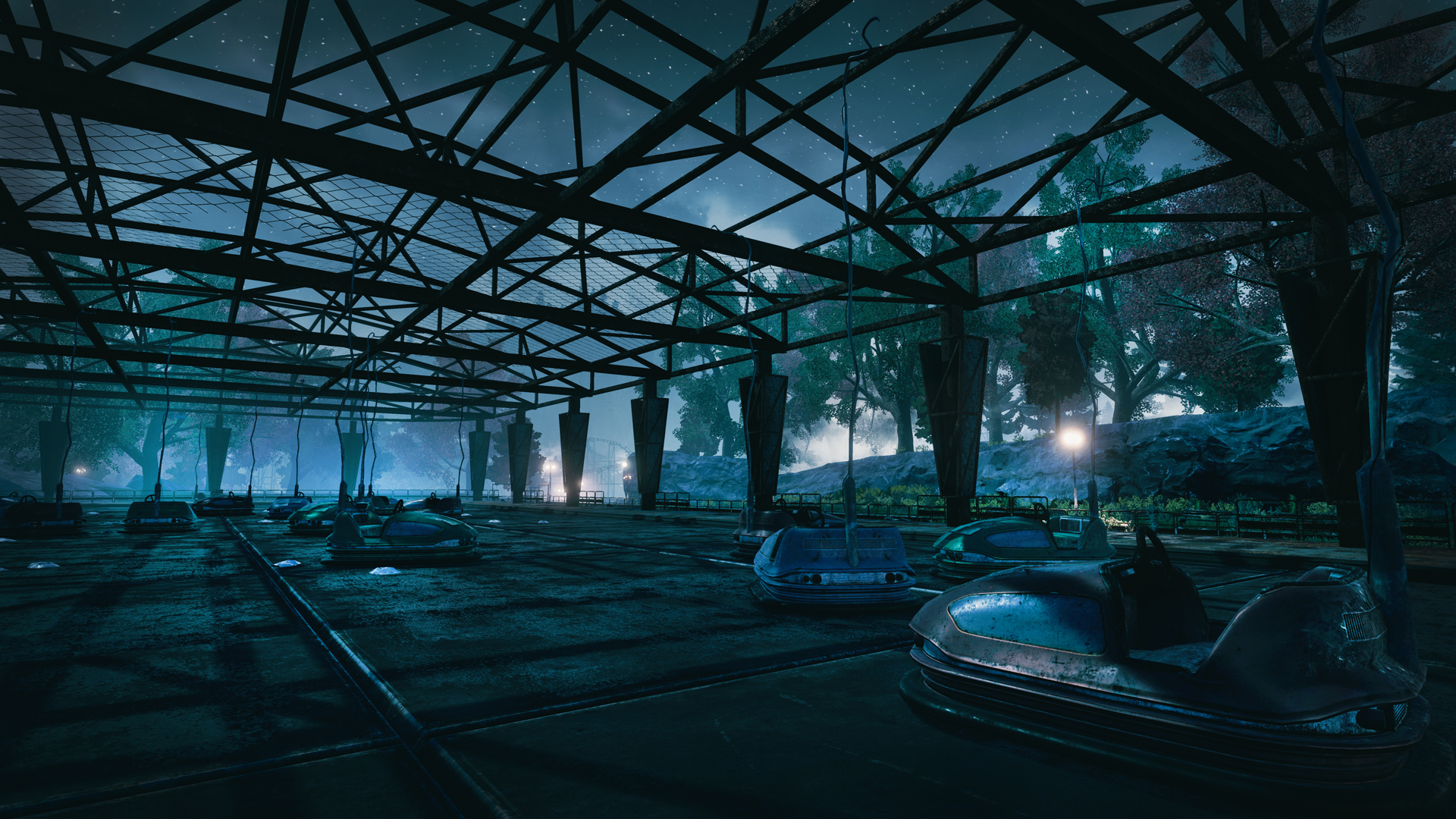 If someone tries to make you buy this game, you should probably dodge 'em. Geddit? Oh, never mind,,,

The Park advises you to play it in the dark with headphones on, though I can only imagine that's an attempt to amplify the game's fairly weak scares. I'm not sure the game's designers knew what they wanted the game to be – it contains horror elements but they're not strong enough to call The Park a horror game. There's a point in the game where you're in a ride and you notice that another pair of hands have appeared alongside your character's hand, but that is by far and away the game's scariest moment. Other frightening moments are few and far between – I was bored more than anything else. Particularly when I spent five minutes virtually sitting in a plastic swan, listening wall murals telling me the story of Hansel and Gretel. At which point, I was expecting a big klaxon to go off and the words 'FORESHADOWING' to start flashing in the middle of the screen. 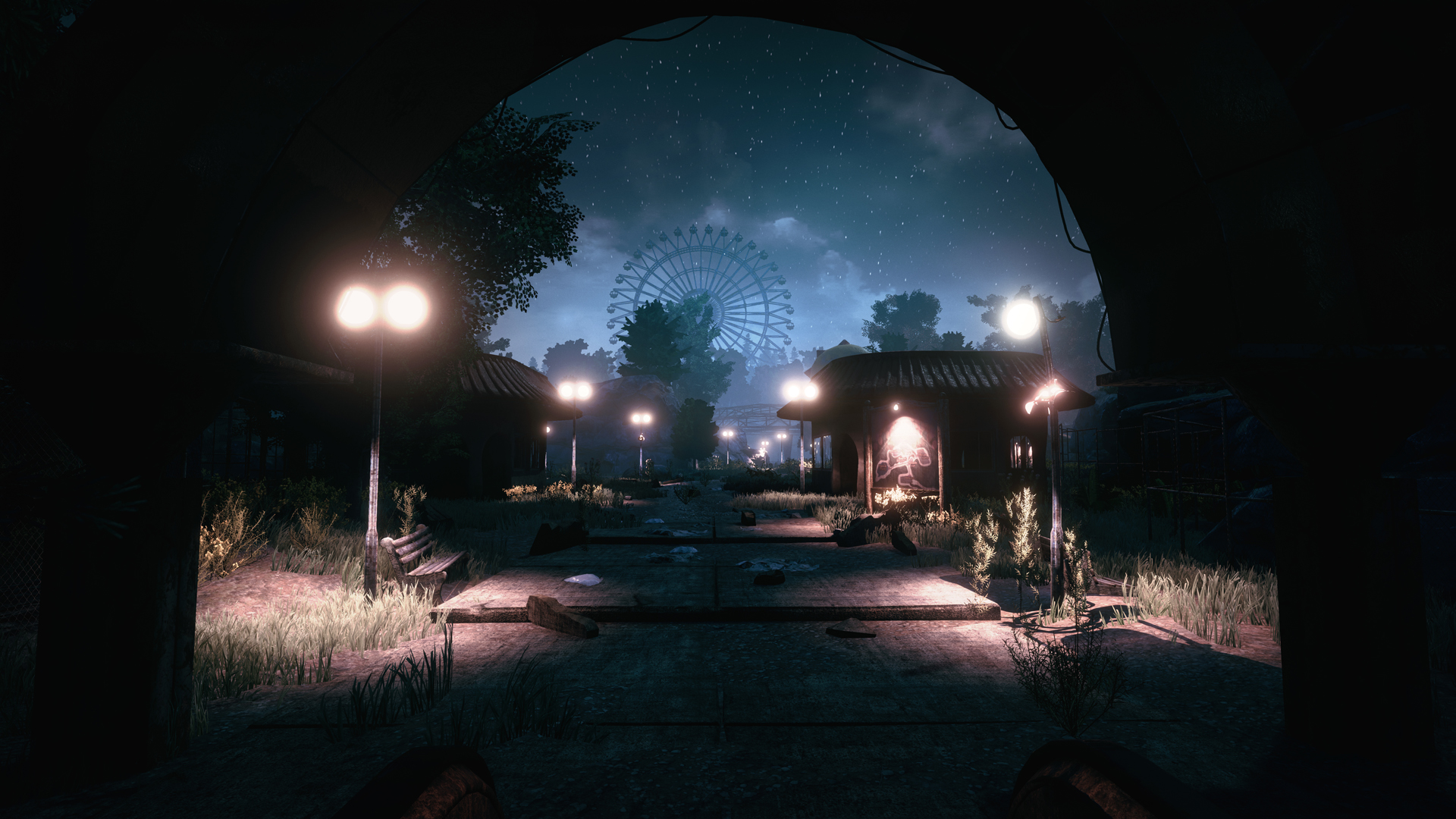 Welcome to the Boulevard of Doken Breams

And while the voice acting's not bad, the dialogue is incredibly clunky. The main character is supposed to be tracking down her missing child yet she walks about delivering ludicrously florid dialogue such as 'Treachery hides in thoughts. Treachery that lashes like a whip and scars our insides.' While the game may be set in the same universe as Neil Gaiman's The Secret World, it's fair to say he didn't have much to do with the script.

Furthermore, the game's actually very short and can be completed in an about an hour. There's also no real incentive to replay it either, so you end up having paid roughly ten pounds for an hour's worth of lacklustre entertainment. Sporting a mediocre story and little in the way of actual gameplay, The Park has little to recommend it.