Phantasmagoria's release came as something of a surprise. Not just because it was extremely gory in places but because it was designed Roberta Williams who was previously responsible for the King's Quest series of fantasy games. It was the equivalent of Dr Seuss penning a book where the Cat in the Hat goes around murdering people with a claw hammer. It also caused some controversy not only because of the level of violence in the game but also because it included a scene where the game's female protagonist was raped. It's not entirely surprising it was banned in Australia and mentioned in US Senate Hearings.

Phantasmagoria was a point and click adventure game which made made heavy use of full motion video. The actors were filmed in front of blue screens, and then digitally superimposed in front of computer generated backgrounds. This meant the game looked fairly impressive at the time though, watching it today, the lack of a physical set is fairly obvious. When you weren't watching a video cutscene, you'd move a slightly pixellated version of your character around the various locations, collecting objects and solving puzzles. 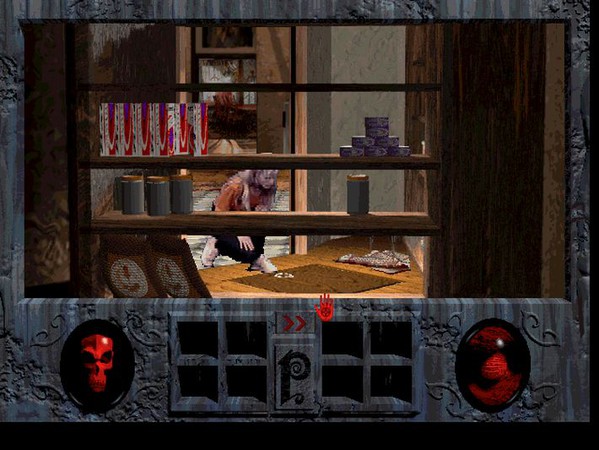 Stay away from that trapdoor, 'cos there's something down there.

Phantasmagoria had a compelling storyline, which isn't entirely surprising given that Roberta Williams was an accomplished storyteller. She still is, in fact, though she's largely left the video game industry behind. Phantasmagoria was also fairly unique in so much that, outside of Roberta Williams' own games, not many titles featured non-sexualised female protagonists. The other characters were also quite well written, though the quality of the actual acting varied. Limitation with these characters is a bit limited though - you can only really click on them and show them objects, rather than quiz them about specific subjects. 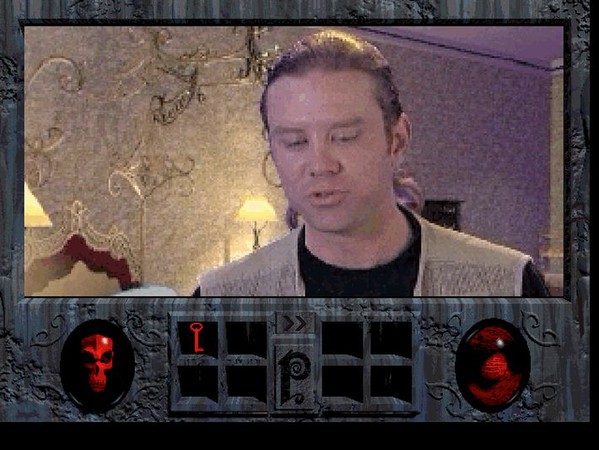 Sadly, Don was murdered by his own ponytail.

The FMV sequences also sounded a little odd and had a lot of reverb. This was likely because they were recorded on empty soundstages, but it was odd to hear the characters' voices echoing in what was supposed to be a small carpeted room. Another odd inconsistency was the way that the music in the FMV scenes was far superior to the music used in other scenes, due in part to the way sound cards worked at the time. 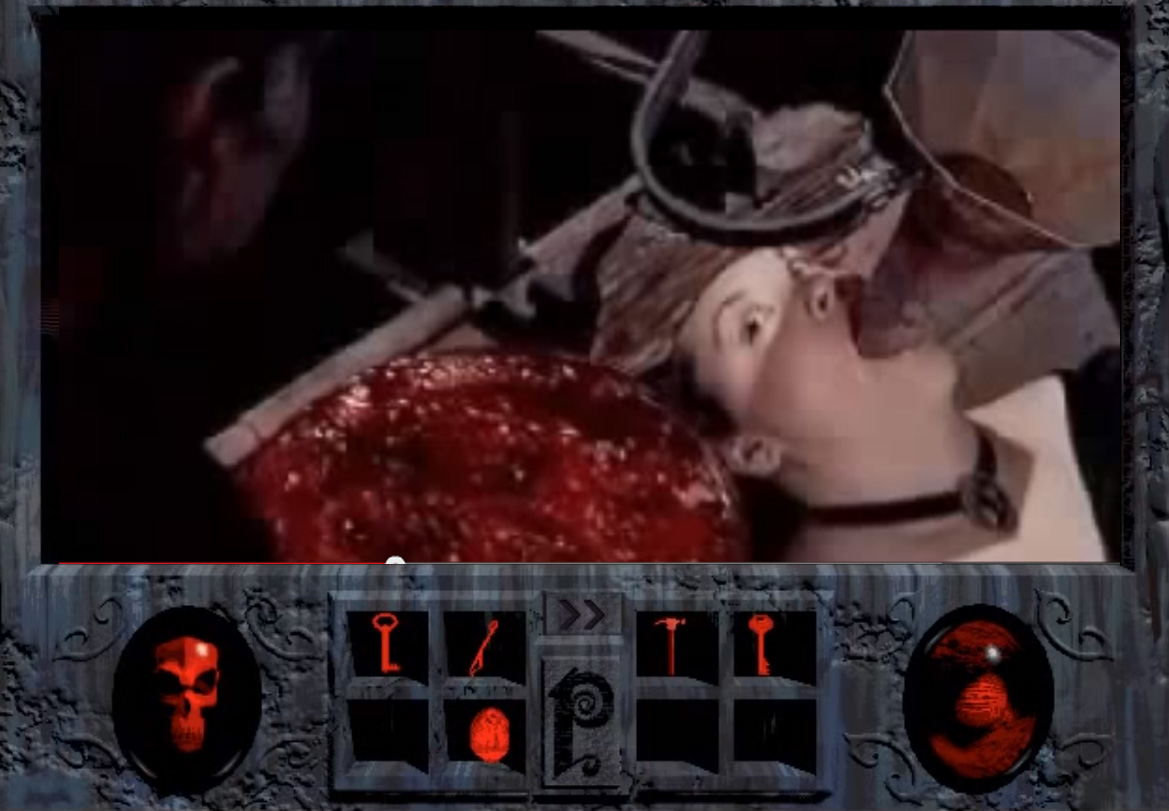 'Are you sure this is Weight Watchers?'

Despite the controversy, the gore only came into play near the end of the game. There were several gruesome scenes, some of which only occurred if you lost the game. They were very graphic, however, possibly the worse being a scene in which a character had their head sliced open by a swinging pendulum. These were all practical rather than CGI effects, so the resultant shock factor was high. That said, I never felt that the game existed merely to justify the inclusion of these scenes. 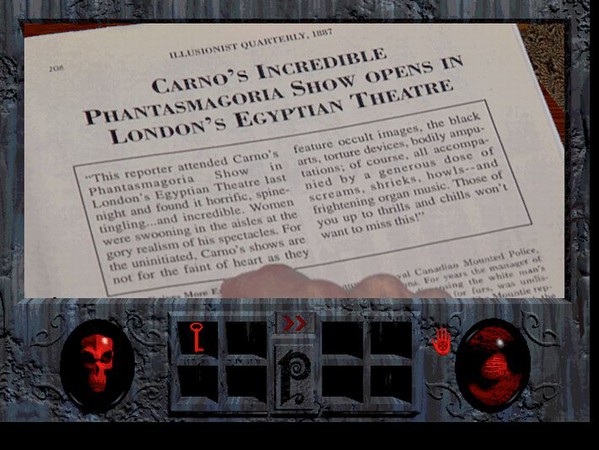 Carno? Might as well have called himself Murdero the Magician.

But was it any good? It had some genuinely tense moments, particularly the parts of the game where the protagonist became aware of the danger she was in. However, it did suffer from a problem that some related to its linearity. Events in the game wouldn't advance until you'd solved a particular puzzle or picked up a certain object and you often didn't know which would set things in motion. This meant that you'd find yourself wandering around the game's various locations, hunting for the right trigger.

Phantasmagoria was a fairly middling adventure game, elevated by its engaging and sometimes gruesome storyline. Is it worth playing today? Probably not, given that you can view the game's FMV sequences – which feature the bulk of the game's storyline and associated gore – on Youtube. It does, however, remain a game of note, due to the controversy it stirred up.