Not too long ago, I got my hands on the new Steam controller. I have read a lot of different press on the device, so I thought I would give my two cents on how I think it feels:

tl;dr: just like PC gaming, if you can tolerate the customization, its awesome, but probably not the best for plug and play 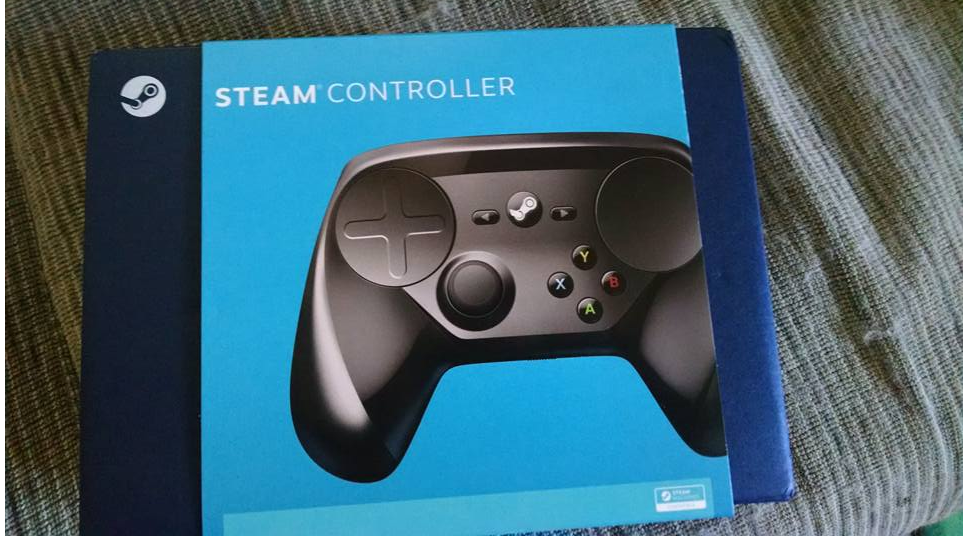 BAM. Blog over, right? Well, I figured I could go into a bit more detail than that, describing some of the highs and lows of the controller. Most of these focus on the sheer amount of customization that is possible with this thing. When you boot into a game, you can change what every single button is mapped to, as well as if you are using it as a keyboard/mouse, or as a game controller. From a plug and play standpoint, it emulates a controller pretty well, but it can do so much better.

Plus Side 1: ADS directly into Firing

Pretty much every feature on the Steam controller can be mapped to at least five different things, and the triggers are no exception. The feature that I think is most interesting is the fact that you can map a partial pull of the trigger to another button than a full pull of the trigger. Since most of my experience has been with first person shooters, this has been mapped so pulling the trigger softly enters ADS (aim down sights) and a full pull fires the gun. This feels really funky at first, but it winds up feeling pretty good with some practice. The other benefit of this is that you free up another trigger to be used for more buttons. It is possible to play games without your hands leaving the two ‘joysticks’. (If you didn’t know, the controller has two paddles on the back as well, giving an extra two buttons!)

Down Side 1: The Right Pad and Buttons are Swapped

It’s a minor inconvenience, and a few hours of play make you adjusted, but it lends to the wonky feel of the controller. In addition, the grips aren't flat on the front, so it doesn’t ‘feel’ the same as the other controllers (but, truth be told, I think it fills up the hand better, so I am kind of a fan)

So you can customize the buttons and the triggers, big whoop, what else you got? You can customize the two circles and the joystick. Not only can you control how they behave (joystick, trackball, d pad, or buttons), but you have an option to map a button when they reach a certain (defined by the user) radius. So for every game, you can set it that if you mash the joystick to the far edge of the controller, your character sprints! This is a nice little shortcut, more so because clicking the left stick also tends to make my whole hand compress, also clicking the back left bumper.

Down Side 2: You Can’t Mix and Match KB/M and Controller

When trying to set up Metal Gear, I wanted to use everything as a controller, and then the right pad as a mouse (instead of a virtual joystick, which feels kind of awful). If you tell the game that you are using a controller, you get controller prompts. If you say you are using a keyboard/mouse, it gives you those instead. See the problem? Since I am 20+ hours into Metal Gear, I know that Y is my fulton button, but seeing the prompt for R or Space can get rather confusing, and you really have to drown it out sometimes. Hopefully this is something that can be patched in.

Plus Side 3: Power Switch

How many buttons does your controller have? I would guess something like 17, right? HOw many does the Steam controller have? On the surface, two more than an XBox/PS controller, right? Oh how wrong you are. It has almost three times that many buttons. You can map anything you want to they key presses, but one of the other things you can map is a mode shift button. Suddenly, your ABXY buttons can pull double duty with the press of a paddle! I haven’t used this feature much for these kind of things, as the games I am playing are mostly console friendly, but there are so many PC games that can benefit from having the extra button space in the controller. The only problem would be memorizing which buttons do what...fortunately, you can add labels to all of your control schemes (which also show up if someone else downloads your mapping!)

Down Side 3: You Have to Enable Big Picture Mode to Customize

I am really used to launching games from the Steam application, as I have a keyboard and mouse right in front of me. So I have started up games, tried to configure the controller, realized I can’t, close out, turn on Big Picture Mode, launch the game, customize the controller. It is more time between me and the game, which is never a good thing.

Plus Side 4: Precision Aiming 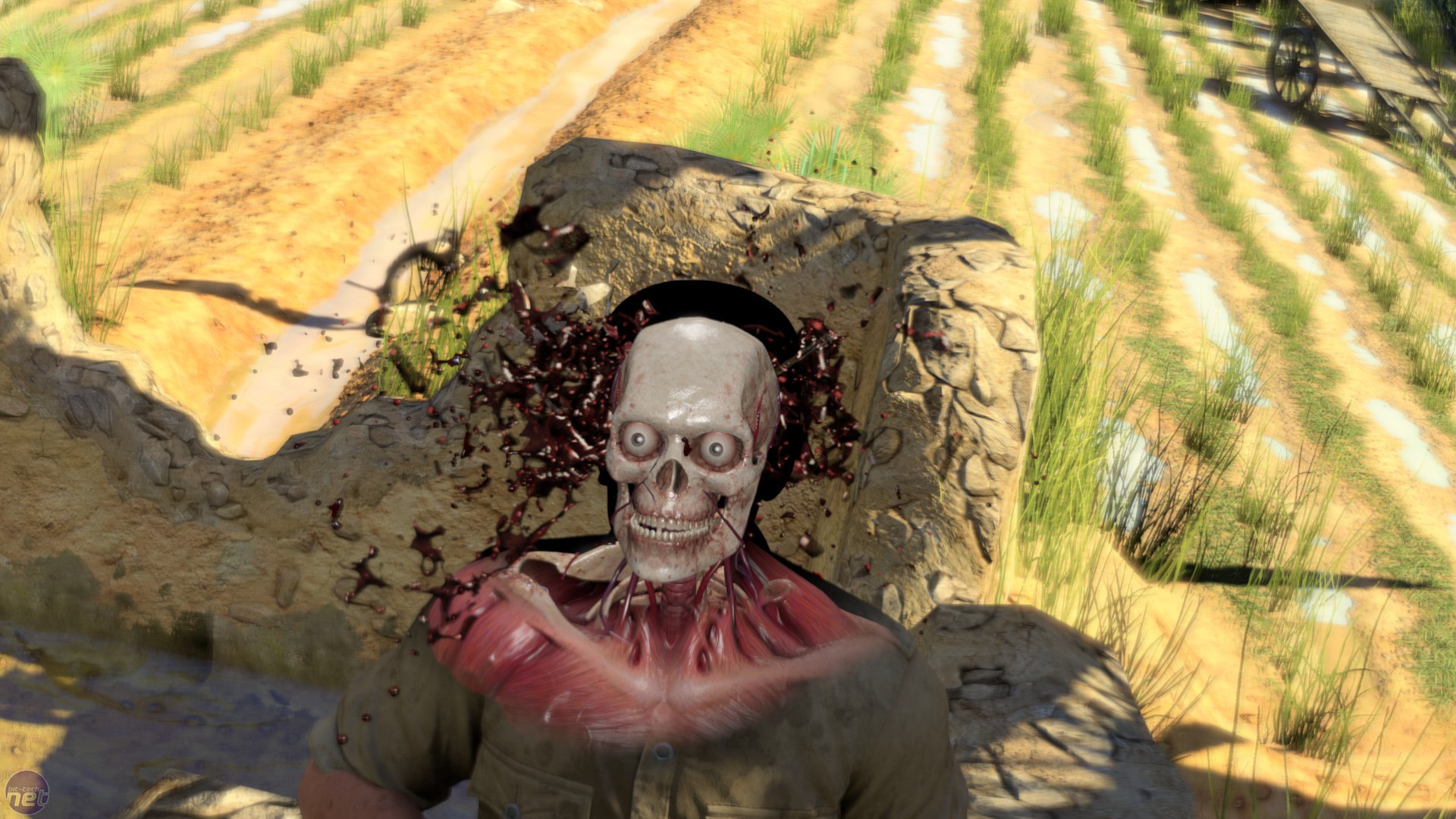 I will admit, I am still getting used to having a trackball mapped to the joystick - and the virtual joystick kind of creeps me out. Now, of course you can change the sensitivity, the friction of the virtual trackball, the deadzones, and all that, but what if you want to be able to make minute adjustments? Using the above mentioned mode shifting, you can change the right pad from a mouse to a...more different mouse. Hear me out on this! You can set the sensitivity of the ‘shifted’ mouse to be much lower. Instead of sweeping across the screen, you now sweep across someone’s face for that sweet, sweet headshot. This has been a lifesaver in Metal Gear. If you are so inclined, you can also change the sensitivity of just one axis, allowing for minor changes only left to right. I have a similar feature on my mouse, and found myself using it for almost any game with a sniper rifle, so having the option in a controller has been pretty stellar.

Down Side 4: You Can Spend A Lot of Time Configuring

I like using the set up that people start with for games, and then customizing the little details into the controller. I used my little precision trick on top of an already mapped out Metal Gear config, then saved that as my own. However, if you really want to get into the weeds, I could see spending an hour or so customizing the controller to be perfect for a game. First off, there is no easy way to know which buttons in the game perform which actions without leaving the controller menu, so I found myself looking up which button heals me in Killing Floor, going back to the controller, and mapping that to a button I liked. Repeat for all non standard actions. Then you set the trackball. The sensitivity. The dead zones. The haptics.

Seriously. When was the last time since 1995 you have owned a turbo controller. 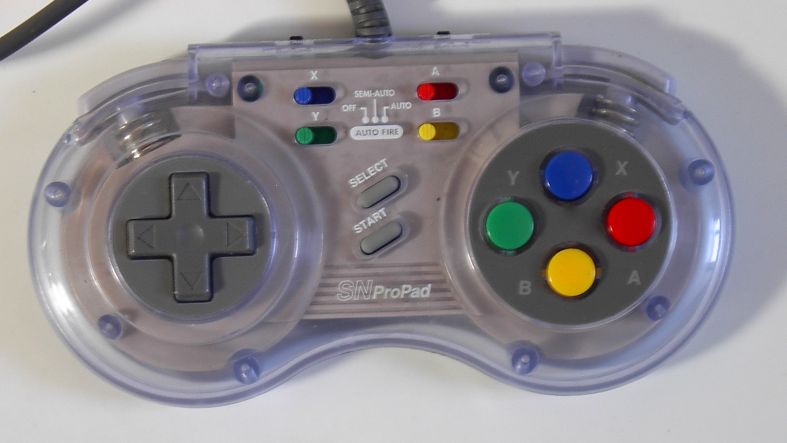 #SteamControllerpcmasterracepersonalblogtaterchimprules
Login to vote this up!