These "Tri Force Zeroes" are Tri Force Heroes after all! 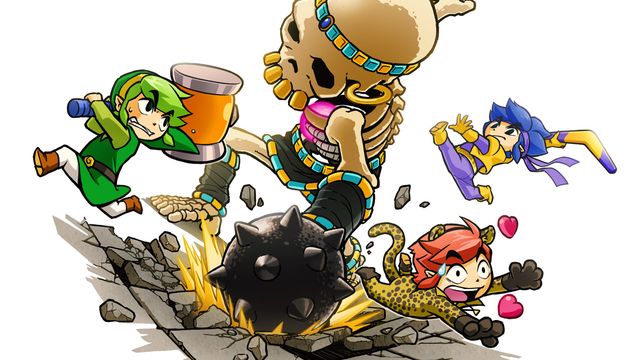 So as some of you may or may not know, Nintendo is running a demo campaign of sorts for their new Zelda game, Tri Force Heroes, similar to their previous Splatoon! demo campaign. This campaign being that, for some ungodly reason, you can only play on specific days during specific times. There's no single player available in the demo, despite Tri Force Heroes having single player, and many people have complained that the game is almost as though it's punishing people for playing single player, but after playing this for a little while...

I'm actually okay with that. 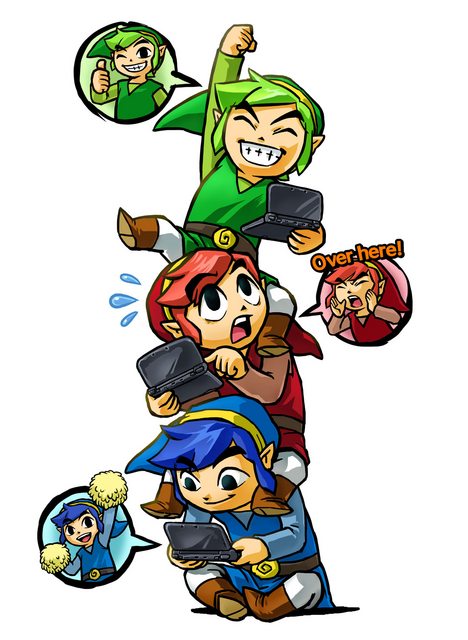 Don't get me wrong here, I'm not saying people should be punished for playing alone, and I'd like to think they won't be too much, but this game was very clearly designed to be played with three people live at once. If not for the fact that people probably would have revolted or just ignored the game, I'd almost say they could have released it as a lesser priced digital online title with no single player, but then that'd screw over people who can't play online but want to get their fashion on.

On the other hand, this game really was a whole lot of fun with two other people! Not people I knew, not even online friends, mind you, but complete strangers. It was a blast.

And let me tell you guys, as much as people have complained about the game's lack of voice chat and how it replaced voices with an emoticon system, after having come away from the demo with some experience using the system with strangers online... 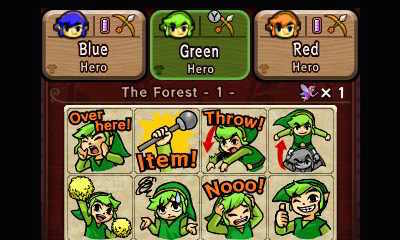 I exited the demo realizing I enjoyed myself significantly more than I would have had I been able to just talk to the other players.

There were at least two points in the game where at least one to two members of our group didn't know what to do, and another where we were having trouble doing something just perfectly. The "Throw!" icon and the picture of the two Links getting stacked up was used repeatedly before we finally figured it out, but...

Honestly, I didn't mind. Even when it led to players getting shot off of ledges or tossed right into enemies, it was just a whole lot of fun. I can't say if this effect will last a whole game's worth of play time, but with the presentation, large dungeon rooms being short, and the emoticons generally being able to cover everything we needed covered, it made for the perfect amount of silliness and chaos while keeping frustration at a minimum. Even the hardest puzzles, from what I could tell, were simple enough that it was just a matter of figuring it out and then explaining it.

It could really work. I definitely haven't smiled like that in a while, I'll tell you that. 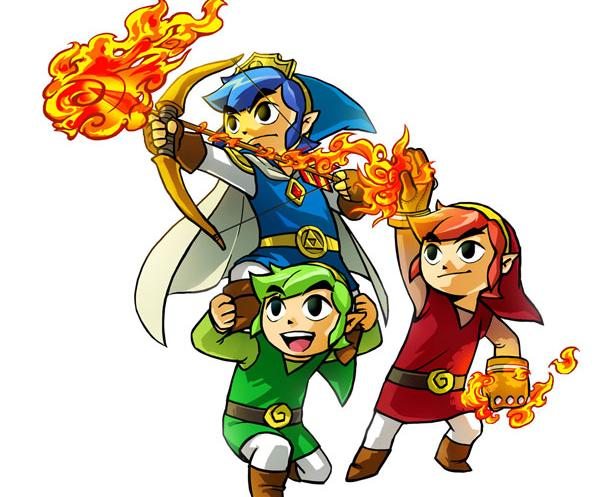 Simply put, after playing this demo, I'm now exponentially more interested in playing this, and playing it online with strangers at that, than I am Zelda Wii U... which is, well, close to not at all, so that doesn't say much.

Okay, I'm exponentially more interested in this than Hyrule Warriors Legends, how about that?

Seriously though, this game might just surprise everybody. It sure did me. 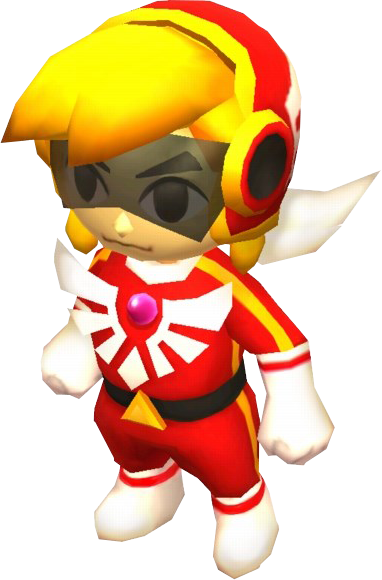 This just better not be one of the local co-op exclusive costumes...