They Call Me Spooky: Fear the Light, Fear the Dark, Fear the Future

‘Blows dust and cobwebs off of blog’ Huh… may have been a bit longer than I intended to for a blog break… But we’re not here for that, we’re here for what is spooky to me and that… is the Metro series. More in particular, the first Metro, because while both are great games and the second one had me stop playing due to my fear of spiders the first one edges out for being a bit more atmospheric and scary. Theirs a few reasons I feel 2033 edges out over Last Light, there’s more time’s where you feel alone in the first one which would make it play upon your fears more especially with headphones on and lights off. I don’t believe that you happen to go through Last Light with the occasional party member any more than you did in 2033, but the fact that you’re fighting more humans as opposed to mutants in the second one is a big factor. Just because the mutants tend to pop out from places you don’t expect but humans tend to have a predicted pattern, and they talk. Even though they aren’t talking to you I feel that this happens to take away from the mood a little bit more. 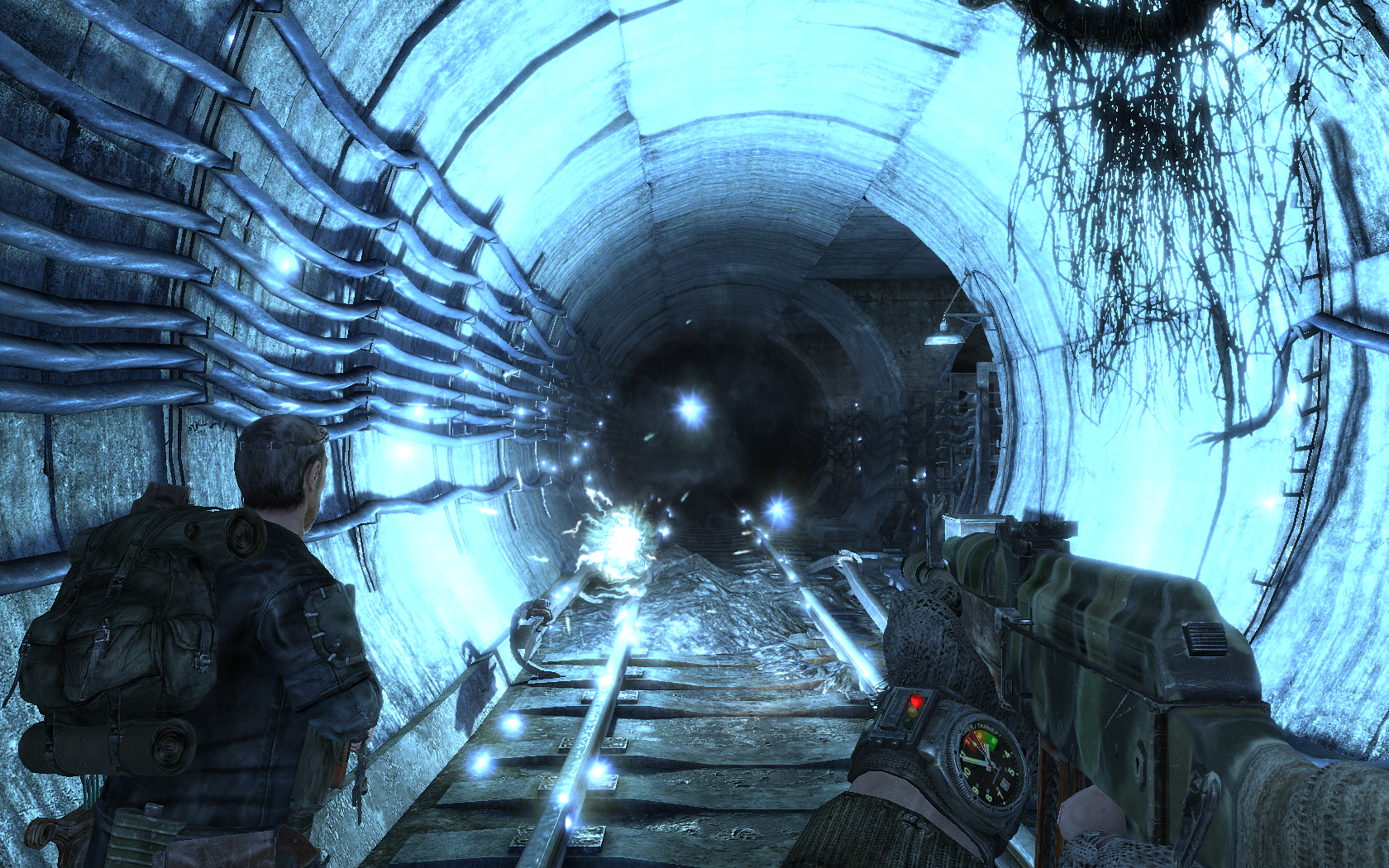 The feel when you’re going through the Metro and suddenly hear a screech and don’t know where it came from can be truly terrifying as you look around trying to find the source of the noise. Especially the first time you play through the game, as you don’t know where to go all the time and you stumble on occasion and then due to that you’re getting attacked again. Even on subsequent playthrough’s that can happen just not to the same extent, it mainly happens when you discover an area you didn’t know about the first time. While you primarily encounter one mutant the most in Metro 2033 you still happen to encounter a wide variety aside from the nosalis which are the most commonly encountered, you are on a quest to stop (or find out more) about the Dark Ones. Mutants with mysterious psychic powers who don’t happen to appear much in the game itself but are felt throughout. Then you have my least favorite the spider-bugs, while they don’t happen to appear as enemies in Metro 2033 and weren’t introduced until Last Light they do happen to have them in a slight manner in 2033 Redux and that’s enough for me to shiver remembering how much I jumped at them in Last Light. They have spider-bugs in 2033 as the harmless kind, the kind that happen to be on spider webs but don’t actually bother you. 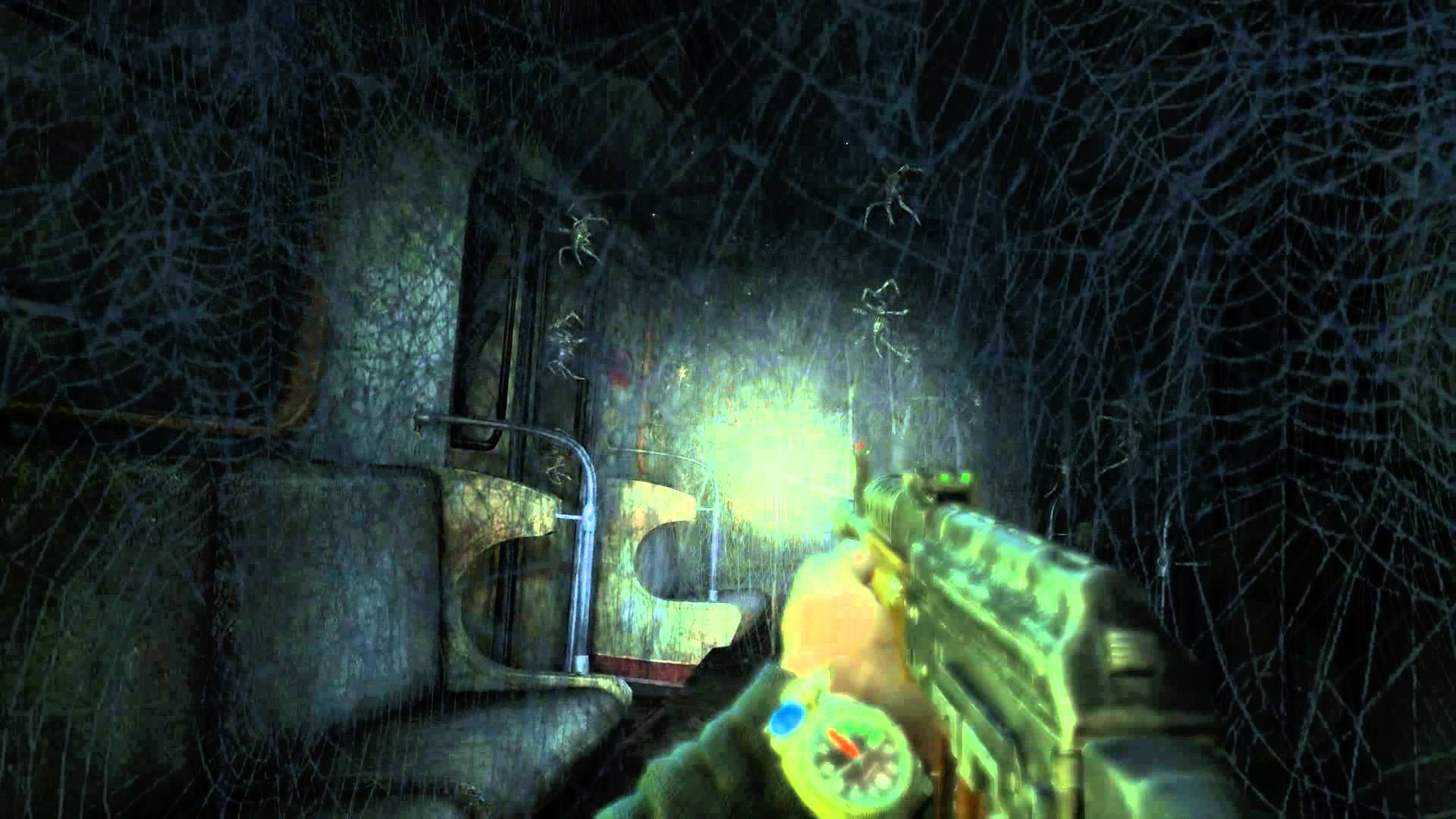 Then there’s the Librarians, weird name for a mutant but it makes sense as the only area you seem them in is libraries, but they’re not there to protect them, as some of them happen make nests out of broken books. And if you break eye contact with them for even a second they start beating you down until your body is just pulp, you have to stare them down and show that you’re the alpha. Of course you COULD always shoot them, but good luck with that, they take lots of damage, deal lots of damage and are surprisingly agile, for an enemy that is always clearly visible they do a damned good job of scaring you, especially if you don’t know to keep proper eye contact with them as it’s a little difficult your first time then you hear them rushing at you. Or if you decide hey that ammo looks nice ove- oh shit why is a Librarian grabbing me?!?! And you have to stare him down until he puts you down. 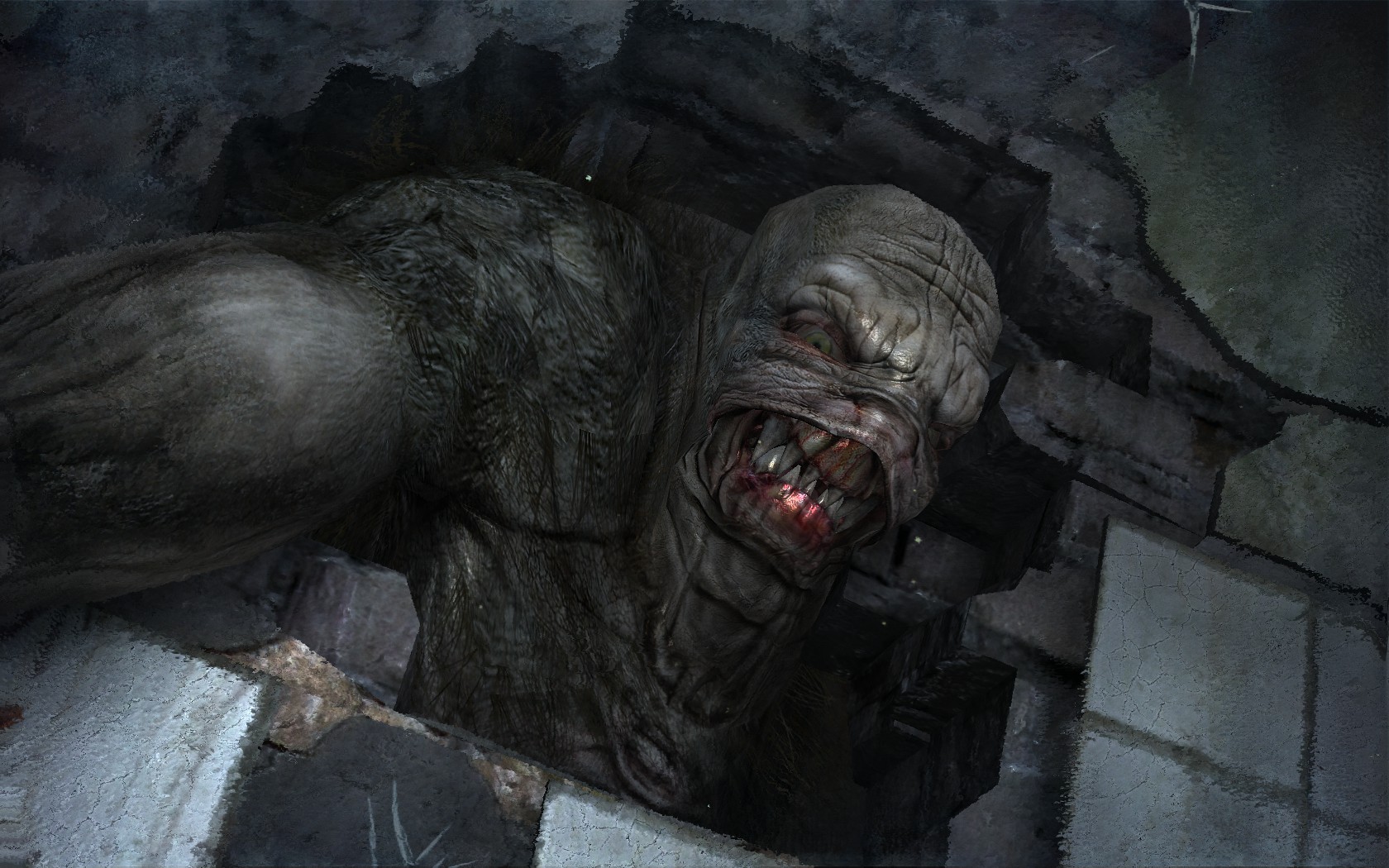 And while there’s a lot of other mutants that haven’t been addressed, such as the Demon’s as well as the amoeba’s (lot scarier then they sound as if you don’t kill the spawner they will never stop) I think the scariest part is the setting. The creaks and groans as you traverse a post-apocalyptic Metro may not sound that scary but… if you’ve played the game you know it is. With the anomalies the breaking of the Metro itself, but the Metro also being the only safe place to live due to the fact that the surface is uninhabitable due to the radiation from the atomic bombs that hit all those years ago and make the world worse. As not only is it mutant’s you have to worry about but bandits, Nazis, Communists, and everyday hazards such as radiation or not having enough food due to only being able to grow in the Metro. It isn’t the stuff you know can kill you that should scare you in the Metro. It’s the stuff you don’t know is lurking in the shadows. 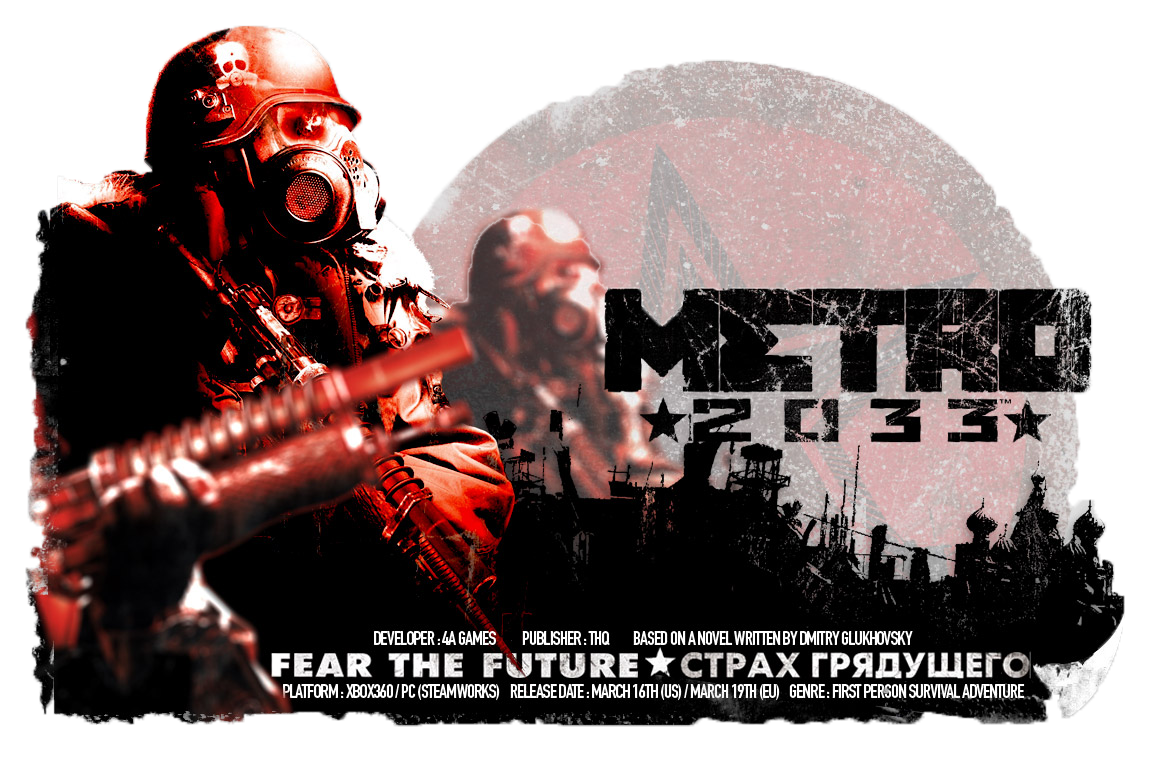 #BloggersWantedMetro2033SolarPonyDjango
Login to vote this up!