It's been a good few years since I last played System Shock 2 and, truth be told, I wasn't entirely surely whether to go back to it or not. Like many gamers, I had fond memories of the title, but surely it couldn't stand up to today's survival horror titles, could it? Just how frightening could a sixteen year old DOS game be, anyway? Several hours and one change of trousers later, I realised the answer was 'very, very frightening indeed.'

While System Shock was a sci-fi shooter/RPG, System Shock 2 is more of a survival horror game and is all the better for it. It still has strong first-person shooter and role-playing game elements but the game's overall atmosphere has more in common with Resident Evil than the original System Shock game. 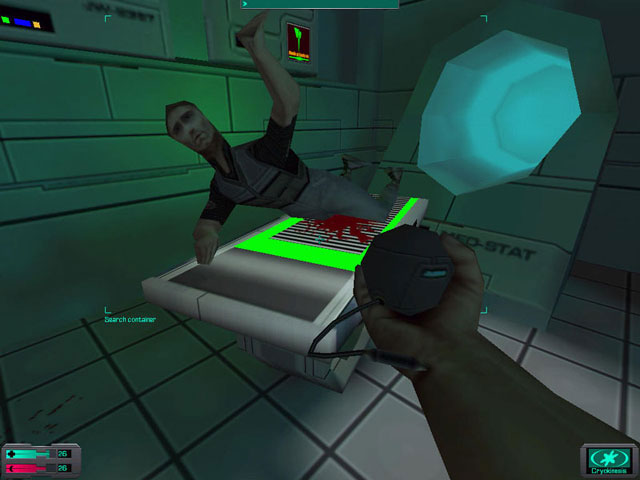 As in the original, you find yourself alone in a futuristic location, where something has gone horribly wrong. This time the game takes place aboard an experimental Faster Than Light starship, presumably built by someone who's never seen Event Horizon. It becomes apparent that the ship has been taken over by an insidious foe and it's down to you sort the whole mess out. This entails roaming around the ship dispatching enemies, upgrading your skills and trying not to get smeared across a bulkhead. 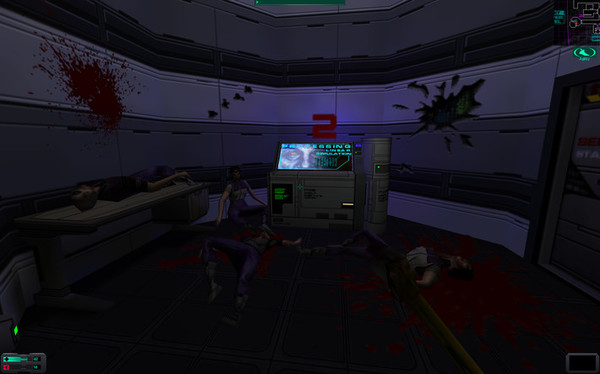 While System Shock 2 isn't a pure stealth title, neither is it a game where you can walk in guns blazing and survive, instead balancing these approaches. You'll also spend plenty of time uncovering the mystery by listening to the conveniently placed crew logs. As you listen to them your mind starts working overtime, creating a mental picture of what was happening while the crew member was recording the log. Since there aren't many 'living' NPCs around to tell their tale, these audio logs are instrumental to relaying the game's horrifying story.

System Shock 2's effective use of audio definitely works in its favour , since the graphics aren't that great by today's standards. The enemies are quite angular looking and not particularly well animated. But again, audio saves the day. The first few foes you face –think Star Trek's 'The Borg' meets H.R Giger - yell 'I'm sorry!' as they attempt to bludgeon your skull in. The game's antagonistic force also regularly communicates with you as you progress, expressing confusion as to why you're resisting the fate it has in store for you. The levels themselves are also suitably varied, despite the game taking place what you'd expect would be a fairly uniform-looking location. 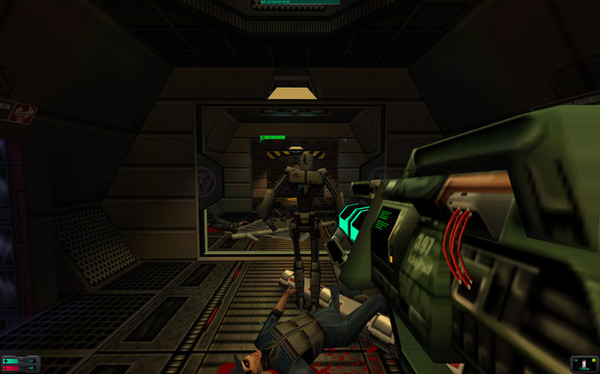 One nitpick I have about the game – as echoed by many other players - is the fact that the weapons tend to break down fairly quickly, though you can alter this by changing a parameter in the game's configuration file. Though it's a testament to System Shock's 2 playability and atmosphere that, when my fifth pistol broke, I still kept playing. I could have done without having to take on a giant robot with a wrench though.

System Shock 2 acquits itself pretty well by today's standards. It may not be cutting edge in terms of graphics but it's remains one of the most unsettling and frightening games you're likely to come across. Fear factor aside, it's also an entertaining game in its own right and will have you coming back after each gruesome death.