Home Ownership Sucks… But The Game Room is Nice

Nine years ago, my girlfriend and I were renting a small apartment in the upper west side of Manhattan. It was a fourth floor walk up, had one bedroom, a minuscule bathroom, a laughably small kitchen, and barely enough living space for a couch and TV. It was also the best place I ever lived.

Over the years, the girlfriend and I moved into larger apartments, slowly heading further west, over the river into New Jersey and eventually purchasing a house of our own. The girlfriend is now my wife and we have a 3 year-old running around as well as a dog that tests my patience every day.

The moment I started renting, my father would remind me on a regular basis that I was wasting my money and should just buy a place of my own. It would be an investment that would help me create wealth over the years as I slowly built up equity… something like that. Most importantly, I will build a sense of pride knowing that I am part of community homeowners. 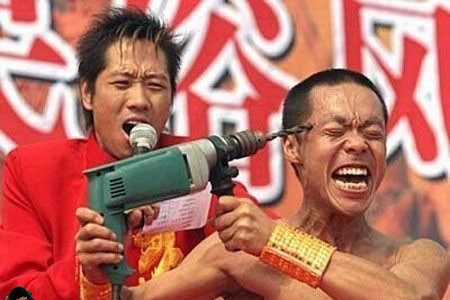 Last time I saw him; I was visiting his home where he proudly showed off to me the new storage closets he built in his garage. These were storage closets in the most general sense of the word, in that they were large boxes, constructed out of wood, some screws, but mostly nails, rudimentary doors, and had an interior in which random stuff could be stored inside.

He then mentioned to me that he now had a project for me though, as his Internet was painfully slow and his frequent calls to the service provider indicates that there is nothing wrong. It was then that I had to tell him that he built his precious closets in front of his wireless router and circuit breaker box and he now has no easy way to access either of them. Later that night, my wife lectured me on how I could have told her father that his closet design was faulty in a more delicate way.

So as you can very well tell, owning home a sucks, as a great many things can and will go wrong, in which you will have to fix yourself, or pay someone handsomely to fix for you. Also, if you show any aptitude on being ‘handy,’ people (the in-laws in my case) will coerce you into fixing shit in their houses for them, FOR FREE!

So you may be asking yourself why would anyone want to buy a house? The only reason I can give you, and this is a damn good reason at that, is you can build yourself a killer game setup in the basement, crank up the volume, and scream bloody murder when you die, because no pain in the ass neighbor is going to complain.