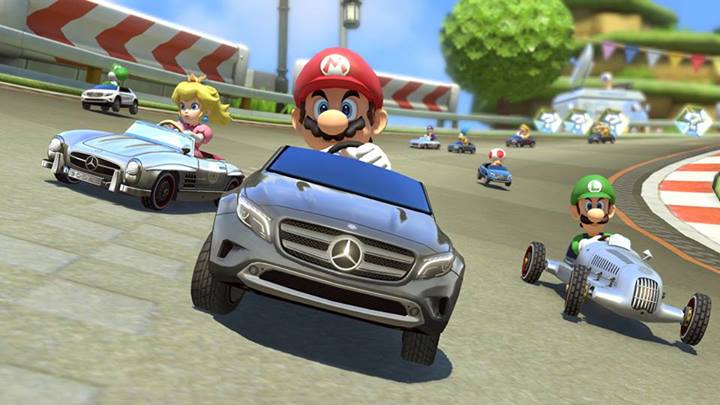 Just a few days ago I played my first game of local multiplayer Mario Kart in a very long time. And on this meditative journey of introspection, I realized some things. For example, I realized that I've lost some of my Mario Kart 8 touch. Mind you, this was playing on 150cc mode, even though I used to be pretty dominant at 200cc if I do say so myself. I'm rustier than I've ever should've allowed myself to become. How did this happen, who's to blame? I don't know, but it needs fixing.

I also realized that I haven't played the DLC courses very much at all. I hold Mario Kart 8's DLC up as one of the shining examples of how to do this shit right, and yet when you put me on a track like Mute City, I barely know what's going on. That also needs fixing, because some of the best tracks in the entire game are in the DLC. Some of the best music too.

So over the coming weeks I'll be hosting some Mario Kart 8 for the FNFs. Take this opportunity to beat me while I'm still trying to lose the rust.
If you can't join me at my times, just hit me up! Time zones allowing, I can go pretty much whenever.

If you want to schedule an event (FNF, Weekend Warriors, Twitchtoid), just leave a comment like so:
Event
Game (Console)
Time (Eastern Standard, please)
Your Disqus/Dtoid username
Your gamertag

Sign up for Nintendoid if you want in on all the talk and get over Nintendo's lack of lobbies.

#FridayNightFights
Login to vote this up!