Alone in the Dark - [Halloween Flashback #3]

However, while Edward Carnby became the sole protagonist of later games, and a couple of horrible Uwe Boll films, Alone in the Dark doesn't force you play as Edward Carnby, the aforementioned mustachioed detective. It also lets you play as a female character, Emily Hartwood. Both characters handle identically, and your choice doesn't affect gameplay at all, but it's something of a surprise given that, when the game launched, most game's protagonists were male. The game then begins in earnest, your character having been tasked with collecting a piano from a spooky mansion. The mansion's previous owner had committed suicide – clearly not a big warning sign – and so you are dropped off outside the mansion. Unlike the Resident Evil series, however, Alone in the Dark is not set in the present day. Instead, it takes place in the 1920s, meaning that you're going to be less well equipped to combat any foes you may encounter. 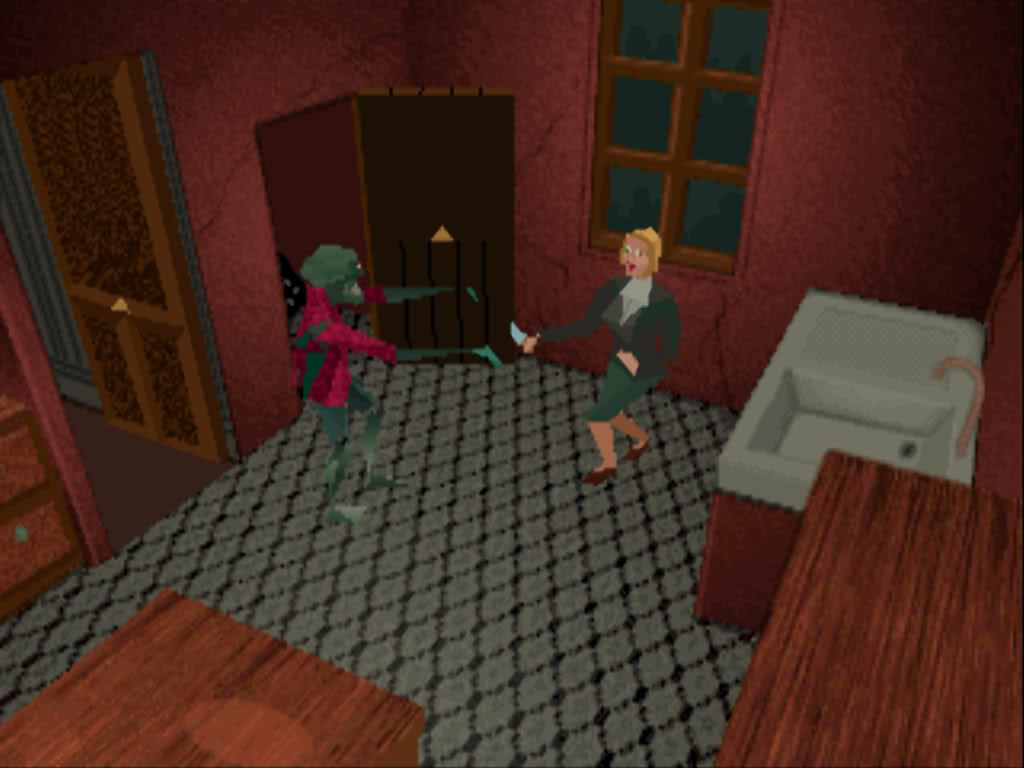 Right from the moment you step out of the car, Alone in the Dark does its best to unsettle you. As you walk down the road towards the mansion, the viewpoint suddenly switches to a view from inside the mansion, showing you that you are being watched by some unseen horror, gnarled hands pressed against the window frame. This moment scared the living daylights out of me when I first played the game, so much so that I actually stopped playing for a good couple of minutes, before proceeding onwards. Although this time around it didn't scare me nearly as much - partly because I was expecting it, but also because the game looks a little dated these days, but more on that later. 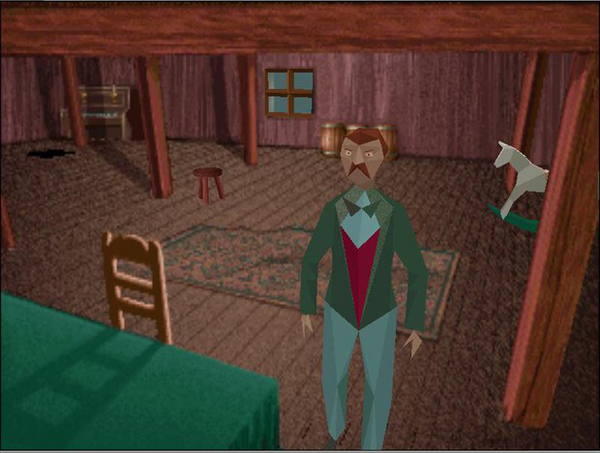 Alone in the Dark's designers understood that, in horror, creating tension is every bit as important as inundating the player with jump scares or throwing monster upon monster at them. So while the initial rooms contains a couple of threats, Alone in the Dark uses monsters sparingly, making you more afraid of what might be lurking round the corner. You aren't particularly well armed either, meaning that you often have to beat a hasty retreat. Aside from the obligatory zombies, Alone in the Dark also pits you against a range of enemies, some inspired by the works of horror author H.P. Lovecraft. If you haven't read any H.P. Lovecraft - and I seriously recommend you check his work out - this means that you end up facing a range of somewhat unconventional looking beasts.

In fact, the documents you find scattered around the mansion often make reference to Cthulhu and other Lovecraftian horrors. The game doesn't contain much background music, and the music only really kicks in when you encounter a foe. This means that there is nothing to distract you from the creaks, groans and otherworldly noise that can sometimes be heard echoing through the house. When Alone in the Dark came out not every PC came equipped with a sound card, but the game used some technical trickery that used the PC's buzzer to generate sound effects. I nearly jumped out of my skin when I heard a zombie's moan coming out my PC, despite the fact I didn't have a sound card.

However, Alone in the Dark's the graphics do detract from the experience somewhat. They were cutting edge at the time, but because they're polygon based rather than hand-drawn, they look oddly angular, not unlike the original Lara Croft and her angular boobs. Indeed, Edward Carnby's moustache is so pointed, I have expected him to start impaling foes with it. And the in-game voice-overs – which mostly play when you read a document – are pretty awful.

The controls are also fairly awkward and this also makes the game less entertaining than it would otherwise be. Fleeing a monster becomes an exercise in frustration when you're fighting the controls, as well as the camera which has a tendency to change views at inopportune moments. I was a huge fan of the game have to admit my view was probably coloured by the fact that Alone in the Dark was such a breath of fresh air when it first launched. Now every fourth game seems to be a survival horror title of some sort – more if you're getting games from Steam.

That's not to diminish the fact that Alone in the Dark is a significant game. It was one of the first proper 3D survival horror games and was undoubtedly an influence on Resident Evil and its ilk. Check it out by all means – the game and it's inferior sequels are available on GOG.com. It didn't scare me the second time around, but you might have a different experience if you're new to the game. Approach Alone in the Dark as a curio, a piece of gaming history, and you probably won't be disappointed. Just don't expect to jump out of your skin.